To wrap up my evaluation of the 2021 wide receiver class, I’ve decided to look at the rookies who excel as vertical threats. The top slot receivers, alpha outside wide receivers and end-zone target hogs have already been identified, so chasing the high-aDOT monsters is next on the agenda.

These are the high-upside prospects who command valuable downfield targets. During their final college seasons, Gabriel Davis, Tee Higgins, CeeDee Lamb and Chase Claypool all compiled over 500 receiving yards on targets of 20-plus yards. Air yards and aDOT are key metrics worth pursuing as prospects enter the next level. 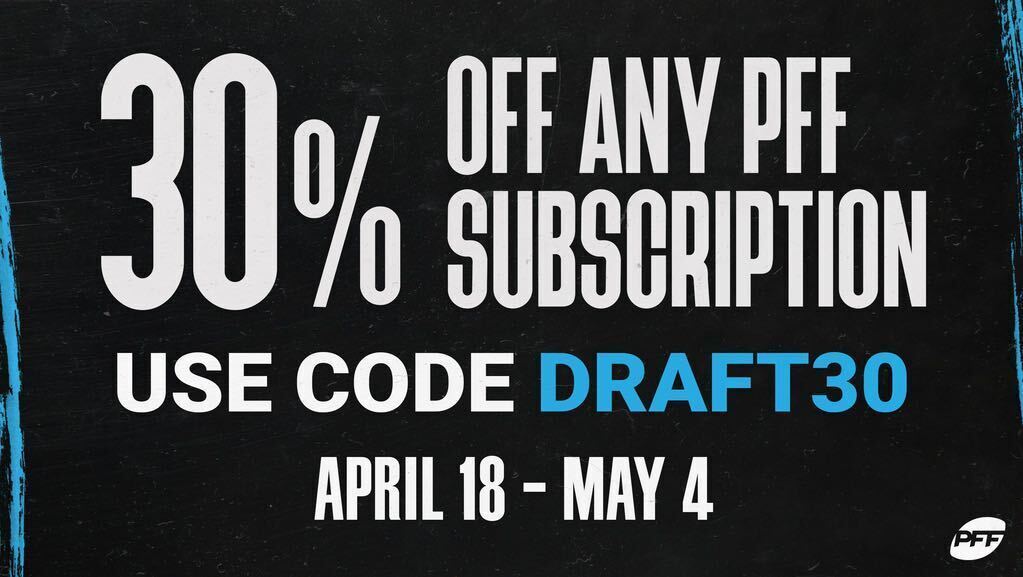 Since the start of the 2019 season, Ja’Marr Chase leads the draft class with a near-perfect PFF receiving grade (99.0) on targets of 20-plus yards. His total receptions (24) and receiving yards (860) rank third, and no receiver has more deep touchdowns (14) than Chase despite the fact that he didn't play in 2020.

Chase has a special ability to win at the catch point and pluck the ball out of thin air. On 26 catchable deep targets (tied for third-most), he had just one drop.

Inserting Chase into the Cincinnati Bengals’ offense is exactly what Joe Burrow needs to take another step forward in 2021. Burrow finished with the second-worst on-target rate on 20-plus yard throws (21%) in 2020.

Swapping out A.J. Green for Chase will be a huge boon for the Bengals’ vertical passing game. When the LSU duo won a national championship back in 2019, Chase saw the highest percentage of catchable deep targets (68%).

DeVonta Smith isn’t particularly known for being a field-stretcher, but his elite route-running prowess allows him to thrive when called upon. Since the start of 2018, he is PFF’s seventh-highest-graded WR on deep targets (97.3).

DeVonta Smith is fast enough to win a vertical route tree/get off press and attacks the ball well in open & contested situations.

He'll be an outlier if he blows up in the NFL, but maybe he is one. pic.twitter.com/J9IEs8g5Rc

While the receivers listed ahead of him have more well-rounded skill sets, Dyami Brown belongs in the conversation with this year's best field-stretching WRs.

Brown’s effectiveness getting off the line of scrimmage helped him become one of the deadliest vertical threats in all of college football. No player had more total yards (1,116) or catches (26) on targets of 20-plus yards over the past two seasons.

He has averaged 20.1 yards per reception over the same time period (No. 2 overall, trailing only Chase). That's an absurd figure considering the junior out of North Carolina doesn't boast elite speed.

Brown only posted a 4.46 40-yard dash, but he has proven to be a precise route-runner who tracks the ball well. He ranked above the 80th percentile in both the broad and vertical jumps, demonstrating the athleticism that helps him get off the line of scrimmage.

Dyami Brown called for the ball before the play vs future 1st RD CB A. J. Terrell ????

Jaylen Waddle is one of my favorite wide receivers in this class, and he stacks up with the best of this year's WRs when it comes to deep targets. Since the start of 2018, Waddle’s PFF receiving grade (97.5) and passer rating generated (142.3) when targeted 20 yards downfield rank second in the class.

The only reason Waddle ranks lower than the other receivers is that he’s more dangerous as a YAC receiver. His aDOT ranks outside the top 80, while his yards after the catch per reception (9.8) is second behind only D'Wayne Eskridge since 2018.

Buddy, Jaylen Waddle has the juice.

The Mean Green slot machine from North Texas knows how to get open downfield. During his breakout 2020 campaign, Jaleon Darden finished second in deep targets (32) and separation percentage (81%) on 20-plus yard targets (at least one step on the closest defender).

separation percentage on 20-plus yard targets | 2020

Darden is a savvy route-runner who uses quickness and speed to detach from opposing DBs. He also uses his hands to gain extra separation, showing moves that belie his experience.

YouTube link below, as well as a link to our entirely FREE Film Room. #DraftBreakdown. ???? pic.twitter.com/L0Kco1zOKC

Seth Williams and Anthony Schwartz were both dragged down by the Auburn offense, and their downfield stats dramatically suffered. Schwartz saw the fourth-lowest rate of catchable targets on 20-plus yard throws (32%), and Williams wasn’t much better (41%).

Lowest % of catchable deep balls since 2019

Schwartz wasn’t as lucky. With the Auburn offense unable to take advantage of his 4.26 40-yard dash speed (99th percentile) to create explosive plays downfield, he was regulated to low-aDOT duties. Schwartz's career average depth of target is the fourth-lowest for receivers in the top 200 of 2021 PFF Big Board.

It’s a shame, too, because Schwartz was able to separate — his 64% rate of separation on deep targets tied Elijah Moore and Tutu Atwell for fourth-best in the country. Those guys combined for 36 receptions of 20-plus yards. Schwartz had six.

Schwartz only brought down three of 16 deep targets in 2020, but those catches averaged a ridiculous 56.7 yards per pop.

He also ranks fifth in catches (22) and receiving yards (787) and third in contested catches on 20-plus yard targets. Watkins makes up for a lack of straight-line speed with precise route-running and a big catch radius.

.@UAB_FB WR Austin Watkins Jr. making a name for himself in front of national ESPN audience and checking all the boxes for the @seniorbowl tonight. We see you @Golden_Ticket6! ????

His usage changed in 2020 — a lower aDOT (15.7 compared to 19.6) sapped some of the overall production, but the skills are there to reprise a downfield role at the next level.