The comps below were derived from a two-step process. First, I converted all the most statistically relevant stats and measurables to percentiles based on the thousands of prospects who have entered the NFL since 2006 at each position. Then, I filtered the total universe of past prospects by those who had draft positions, weight and 40 times within a 10th percentile in either direction of North Carolina WR Dyami Brown. For undrafted players, I assigned a numerical draft position of 300.

For Brown's draft position, I’m using an estimate based on the mock data collected at GrindingTheMocks.com. For the weight and 40 time, I’m using the numbers from his pro day, with a 0.03-second penalty added to the 40 time to reflect the uncertainty of pro-day timed measurements.

Brown was by no means slow at his pro day, running a 4.46-second 40-yard dash (63rd percentile), but it hints at the lack of dynamic speed needed to continue as a primary deep threat at the NFL level. Brown’s overall athletic profile was strong, and it is highlighted by a vertical of 38 inches (79th), a broad jump of 10-foot-8 (89th) and a three-cone time of 6.87 seconds (65th).

Brown’s 18.5-yard average depth of target was second among receivers with at least 50 targets in 2020.

Dyami Brown is one of the best deep-threats in this class.

He's definitely one of my favourites Day 2 WR, upside is through the roof. #CarolinaFootball pic.twitter.com/cR2dDXAOEY 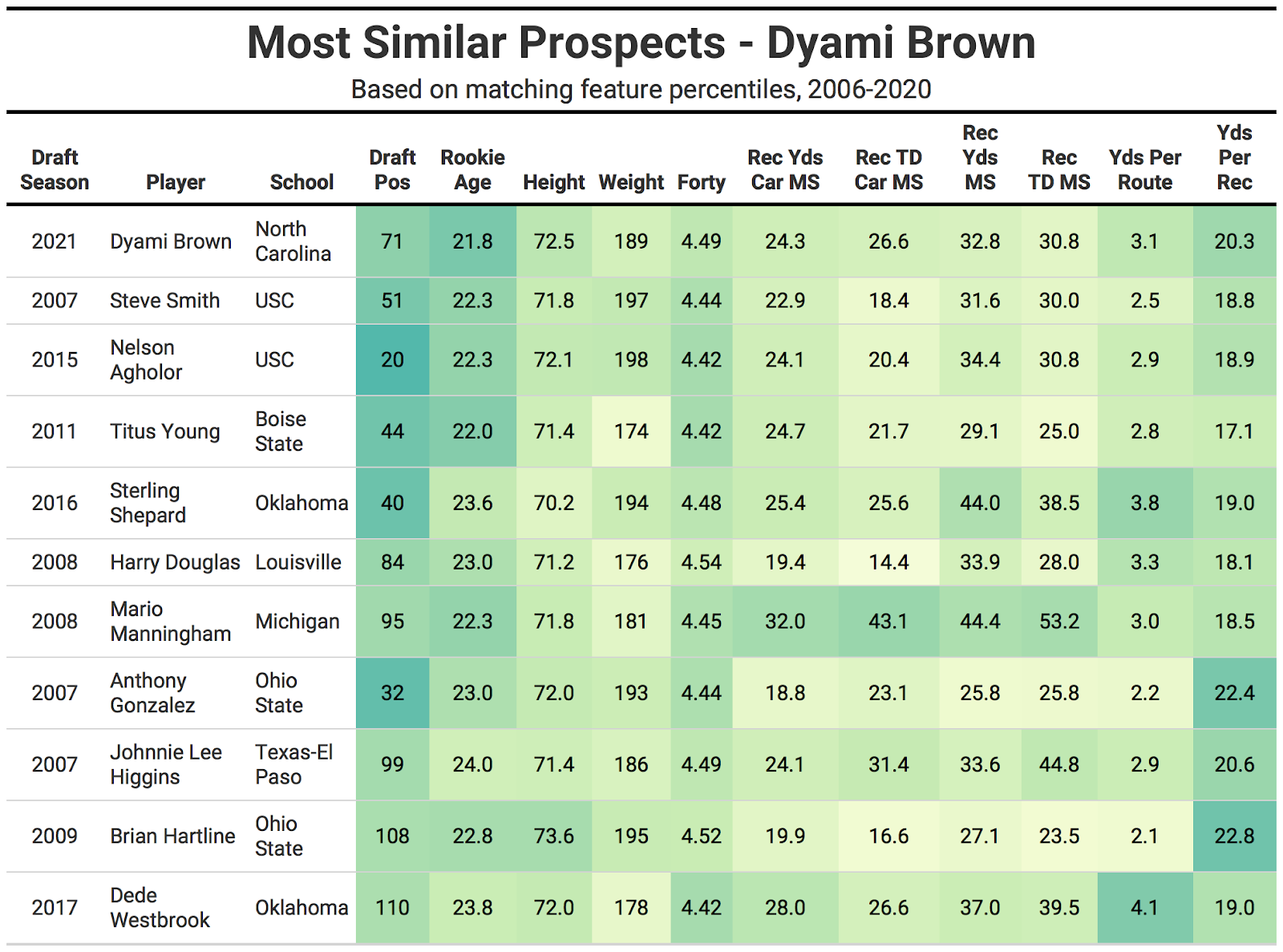 Sterling Shepard is the NFL player comparison in our PFF 2021 NFL Draft Guide, and he is the fourth-most similar prospect according to the traditional stats. Most of Brown’s comps were useful but not outstanding producers at the NFL level.