Auburn wide receiver Seth Williams (18) runs the ball for a play in the second quarter at Jordan-Hare Stadium in Auburn, Ala., on Saturday, Dec. 5, 2020. Auburn Texas A M

The comps below were derived from a two-step process. First, I converted all the most statistically relevant stats and measurables to percentiles based on the thousands of prospects who have entered the NFL since 2006 at each position. Then, I filtered the total universe of past prospects by those who had draft positions, weight and 40 times within a 10th percentile in either direction of Seth Williams. For undrafted players, I assigned a numerical draft position of 300.

For Williams' draft position, I’m using an estimate based on the mock data collected at GrindingTheMocks.com. For weight and 40 time, I’m using the numbers from his pro day, with a 0.03-second penalty added to the 40 time to reflect the uncertainty of pro-day timed measurements.

Williams had a good pro day, posting a 40-yard dash time around 4.5 seconds as a bigger receiver and adding good peripheral measures with a 37-inch vertical and 10-foot 5-inch broad jump.

Athleticism is less important for projecting wide receiver success, but it has a major impact on draft position. Williams’ combination of size, speed and strong production puts him in the same category as many successful NFL receivers, and he especially thrived at scoring touchdowns. 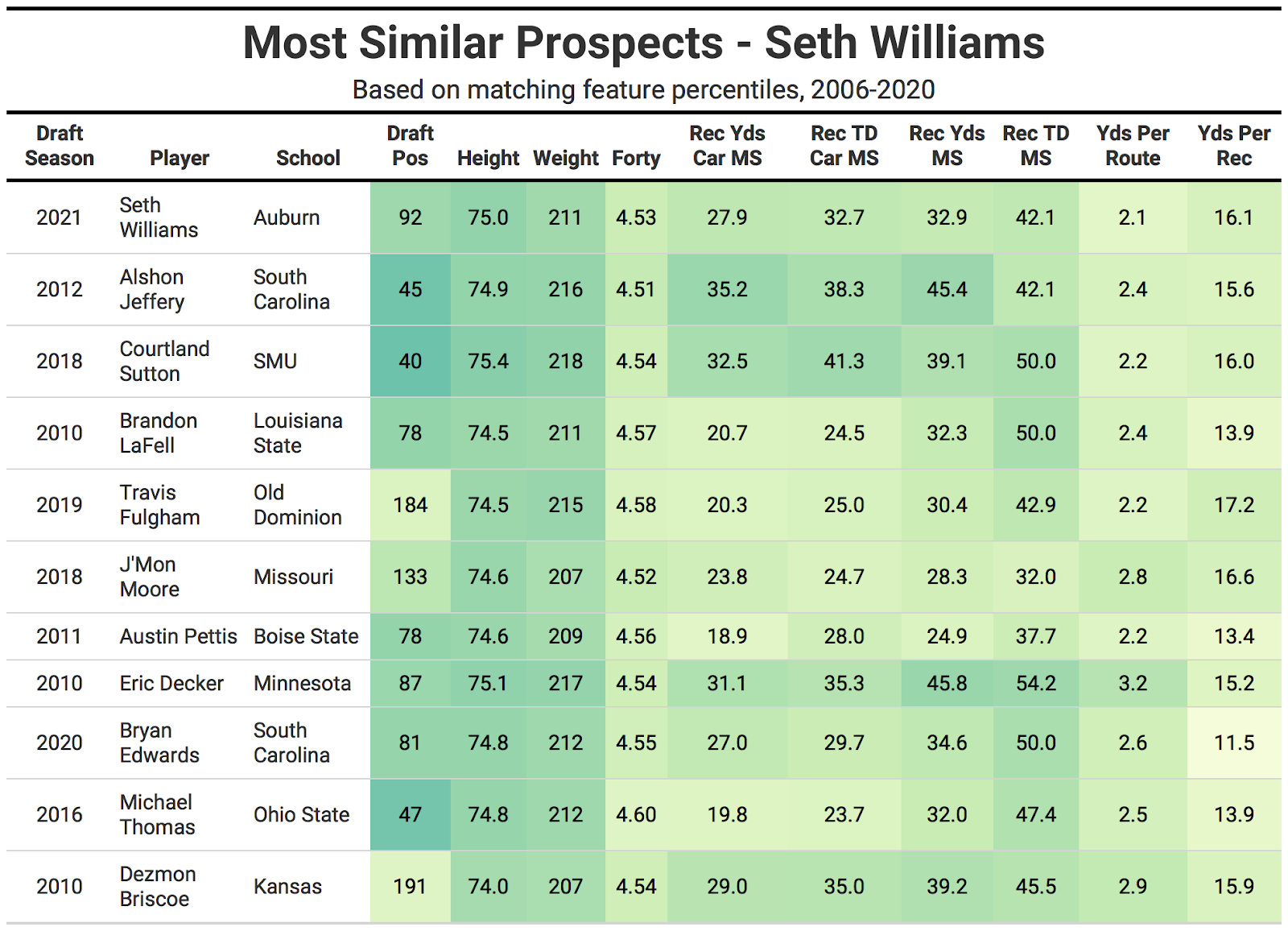