2021 NFL Draft Comps: Auburn WR Anthony Schwartz can fly, but he can also produce at the NFL level

The comps below were derived from a two-step process. First, I converted all the most statistically relevant stats and measurables to percentiles based on the thousands of prospects who have entered the NFL since 2006 at each position. Then, I filtered the total universe of past prospects by those who had draft positions, weight and 40 times within a 10th percentile in either direction of Anthony Schwartz. For undrafted players, I assigned a numerical draft position of 300.

For Schwartz's draft position, I’m using an estimate based on the mock data collected at GrindingTheMocks.com. For weight and 40 time, I’m using the numbers from his pro day, with a 0.03-second penalty added to the 40 time to reflect the uncertainty of pro-day timed measurements.

Schwartz had a strong pro-day performance, posting an elite 40-yard dash time around 4.3 seconds. Athleticism is less important for projecting wide receiver success, but it has a major impact on draft position. The big question coming out of Schwartz’s pro day is whether his 40 time will boost his expected draft position or if it was baked into the current number.

Is Anthony Schwartz the fastest man in college football ???? @anthony_flash10 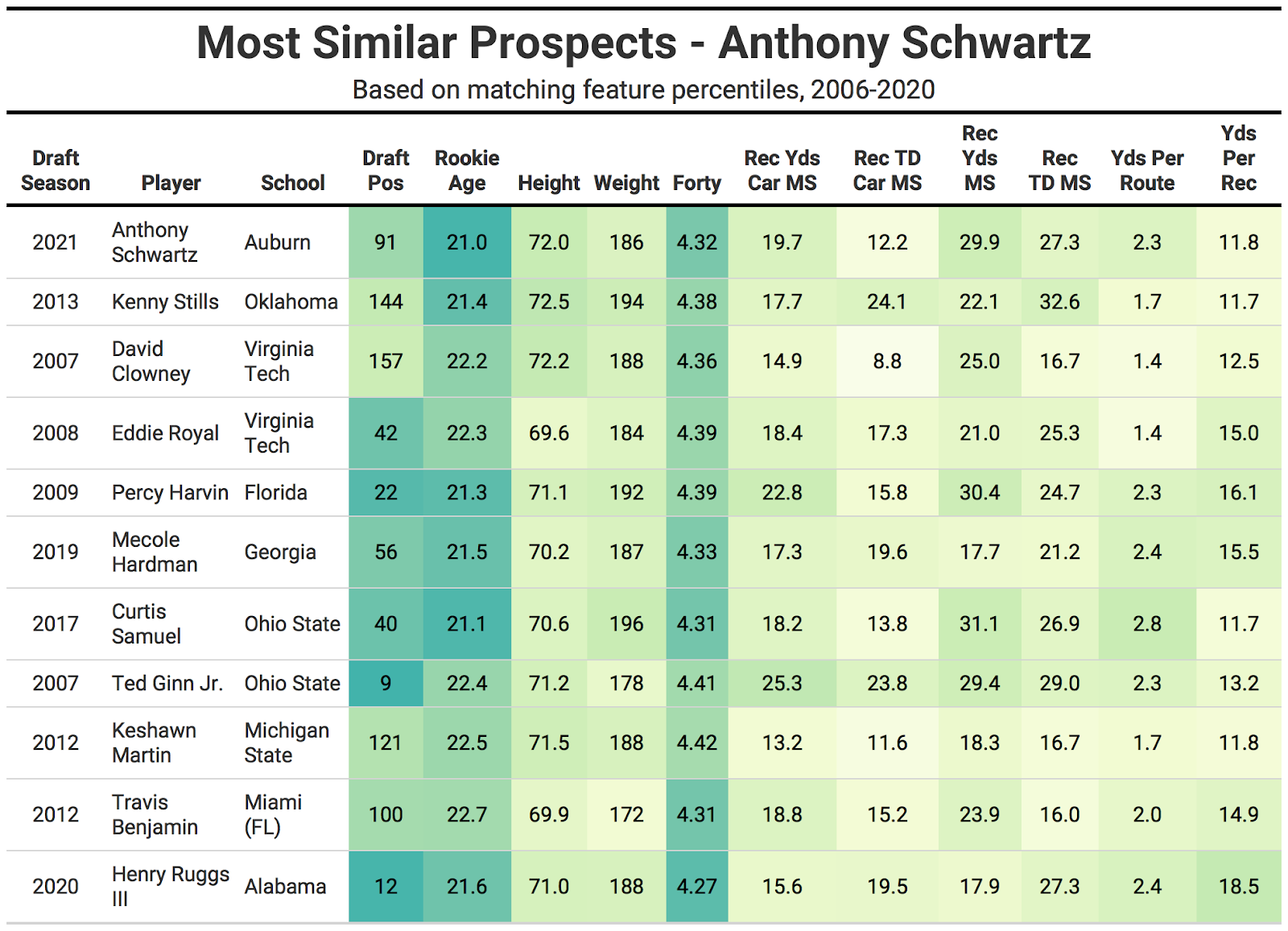 Schwartz’s comps include some exciting results and some duds. They all share outstanding speed and lackluster production, whether in terms of market share or per-route efficiency.