With Week 1 behind us, and finally some fresh stats to analyze, I’m here to help you with your toughest fantasy football start/sit decisions of the week.

Lockett scored 11.4 fantasy points on just two targets in Week 1, drawing double-coverage all game. He ran 65% of his routes from the slot last week, and now gets a Pittsburgh defense that gave up the third-most fantasy points per game to slot wide receivers in 2018. In Week 1, the Steelers gave up an astounding 51.4 fantasy points to wide receivers running routes out of the slot (most in the league). For perspective, that was 3.1 times the league average (16.4). The threat of double-coverage is still real, though I’m betting on a big bounce-back performance this week.

All of New England’s wide receivers need to be started this week. With New England favored by 19.0, the game should be a blowout, but that hasn’t stopped Tom Brady before. He averages 276 passing yards and 2.7 passing touchdowns across his last 10 double-digit wins against Miami. 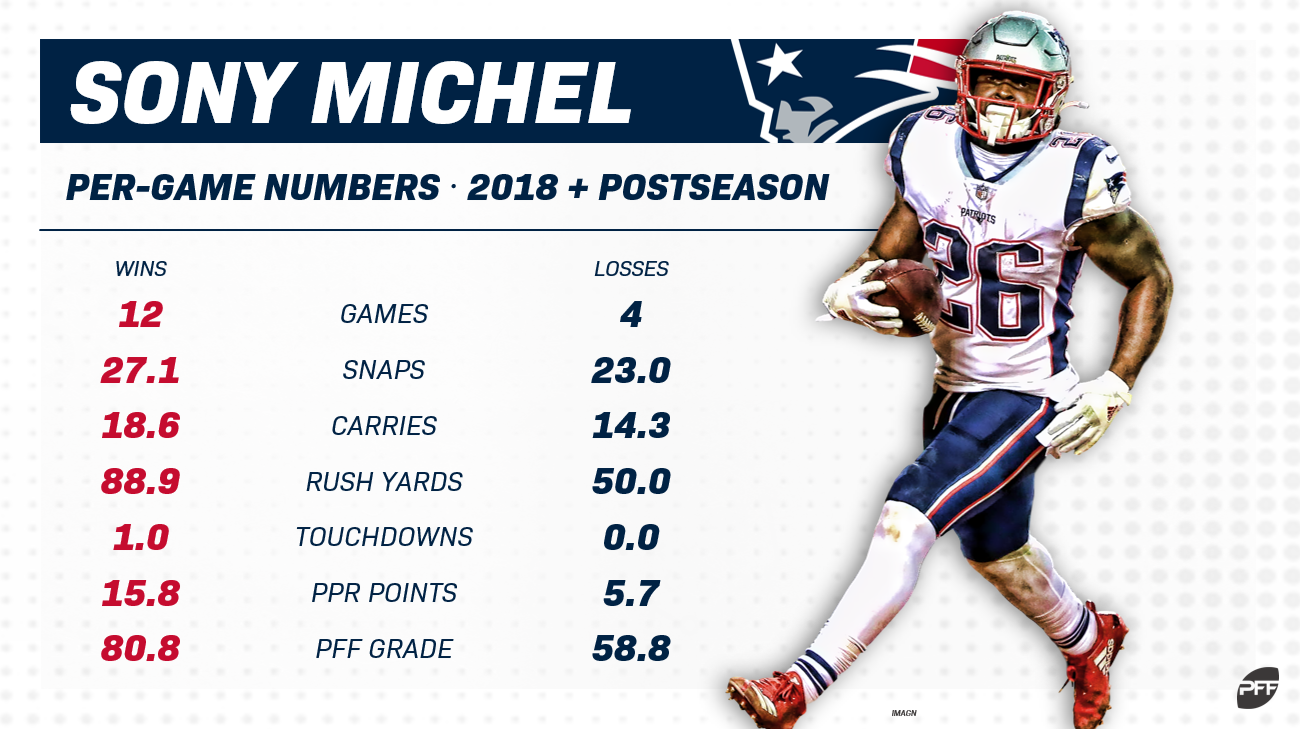 At the same time, the Patriots are 19.0-point favorites, up against a Miami defense that gave up the second-most rushing fantasy points per game to opposing running backs last year. Last season, Michel averaged 18.6 carries, 88.9 rushing yards, 1.0 rushing touchdowns, and 15.8 fantasy points per game in victories. Even after last week’s abysmal performance (0.9 yards per carry), he should be started with confidence in Week 2, as a high-end RB2.

In Week 1, Ekeler played on 73% of the team’s snaps, drawing 12 of 18 carries and six of the team’s nine targets out of the backfield. Among running backs, he ended the week ranking fourth in expected (19.1) and second in actual fantasy points (39.4). Ekeler needs to be treated as a low-end RB1 moving forward, including this week, in a neutral matchup against the Lions.

Waller saw phenomenal usage in Week 1, playing on 100% of the team’s snaps and leading the team in targets with eight in a game Derek Carr only dropped back to pass 27 times. Following Oakland’s Week 1 win over the Broncos, head coach Jon Gruden said, “We're going to get the ball to Waller. Waller's special.” This game has the highest over/under of the week, and last season Kansas City gave up the second-most fantasy points per game to opposing tight ends. Waller’s a mid-range TE1 this week.

Murray finished as a QB1 in Week 1 but didn’t quite live up to the hype, ranking just 22nd in fantasy points per dropback. He’s better left on your bench this week, as 13.5-point road underdogs against the Ravens. Since 2017, opposing quarterbacks average just 11.8 fantasy points per game at M&T Bank Stadium.

Jones played on just 61% of the team’s snaps in Week 1, drawing 13 of 18 carries and only one of three targets out of the backfield. So, stuck in a committee backfield and in a brutal matchup, he understandably underwhelmed, scoring just 4.9 fantasy points. Unfortunately, he’s still going to be stuck in a committee in Week 2 and in an only slightly less brutal matchup. He’s an easy fade in deeper leagues.

Similarly, Lindsay seems stuck in a near-even committee with Royce Freeman, having played on just 53% of the team's snaps last week. Obviously, that’s not going to get it done against the toughest defense in football. The Bears defense gave up the fewest fantasy points to running backs last year, and just gave up the second-fewest in Week 1.

Anderson flopped in an above-average matchup last week, seeing seven targets yield just 23 yards, despite avoiding Tre'Davious White on 98% of his routes. His Week 2 matchup will be much tougher, drawing shadow coverage from Denzel Ward. Ward has been one of the league’s best shadow cornerbacks over the past two seasons, while Anderson has been one of our least effective wide receivers when in shadow coverage.

In a tough matchup, Williams filled in nicely as the team’s WR1, catching six of seven targets for 105 yards and a touchdown. I like his chances of a repeat performance in Week 2, running two-thirds of his routes against Charvarius Ward and Bashaud Breeland, both of whom were free agents this time last year. With Ward and Breeland being most culpable, both D.J. Chark and Chris Conley hit career highs in receiving yards last week. I have Williams as a mid-range WR2 this week.

Running 85% of his routes from the slot, Westbrook was Gardner Minshew’s most targeted receiver, catching all five of his targets for 30 yards and a score. Conley and Chark had the better cornerback matchups on the outside but Westbrook might have the single best cornerback matchup of Week 2. Following the release of Aaron Colvin, newly signed Phillip Gaines expects to cover Westbrook for nearly the entirety of Sunday’s game. Since entering the league, Gaines ranks fourth-worst of 231 cornerbacks in yards allowed per snap in coverage (1.51). Westbrook is a borderline WR2 this week.

Following Joe Mixon’s Week 1 injury, Bernard played on 39 of 41 snaps in the second half, drawing seven carries and three targets. Double that, and that’s about what we should expect from Bernard in Week 2 if Mixon sits. Across his last four games without Mixon on the field, Bernard averages 80% of the team's snaps, 13.0 carries, 5.3 targets, and 19.4 fantasy points per game. If Mixon is out, start Bernard with confidence as a mid-range-end RB2.

In Week 1, Crowder led all wide receivers in targets (15) and receptions (14). Given Adam Gase’s history with slot wide receivers, I don’t think it’s too early to start wondering if Crowder is really the team’s WR1 this year. At the very least, that’s how we should be treating him this week. With Quincy Enunwa on IR and Anderson likely to draw shadow coverage from top cornerback Ward, Crowder is an easy start this week.

Peterson is locked into an expanded role with Derrius Guice out, but that still doesn’t mean he’s worth a start. Peterson was one fantasy’s most gamescript-sensitive players last year, and he’s unlikely to get good gamescript this week, as 5.0-point underdogs against the Cowboys. 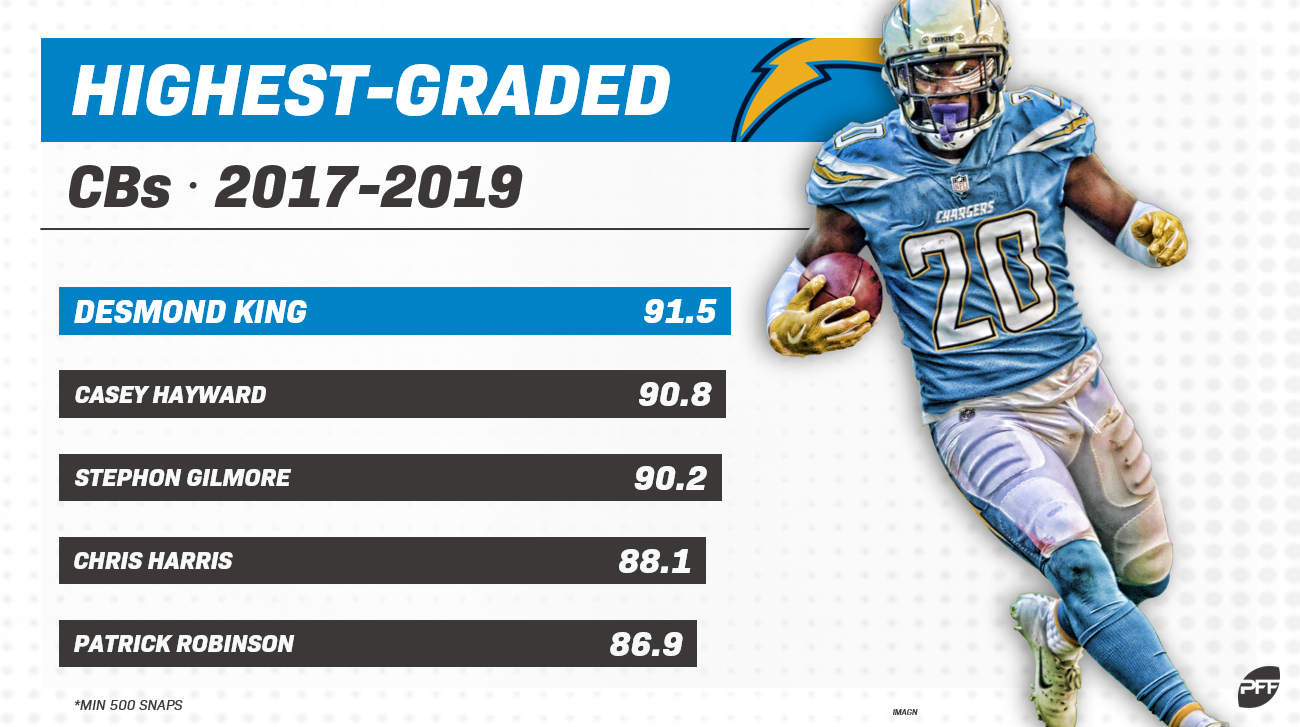 Amendola feasted in an ideal matchup last week, but now draws slot cornerback Desmond King — our single-highest-graded cornerback since 2017 — on the near entirety of his routes. He’s just a high-end WR5 this week.

Green Bay held Mitchell Trubisky to just 9.2 fantasy points in Week 1, but they’re still far from being a defense to fear. The same can’t be said for Minnesota’s game planning, however. In Week 1, the Vikings attempted just 10 passes all game, which was just the 10th time that’s been done since 2000. With the fifth-lowest implied point total of the week (20.8), Cousins is better left on your bench.

Penny played on just 27% of the team's snaps in Week 1, drawing six of 21 carries and zero targets. That’s RB5 or worse usage, and he should be treated as such in your lineups.

In Week 1, Oakland’s offensive line ranked third-best in pressure rate over expectation, while Carr reached 10.0 yards per attempt for just the third time in his career. In 2018, the Chiefs gave up the fifth-most fantasy points per game to opposing quarterbacks. In Week 1, they let a sixth-round rookie backup complete all 22 of his non-dropped pass attempts (for 275 yards and two scores). In deeper leagues, he’s a low-end QB1 and a top streaming option this week.

Andrews was one of my top targets all offseason, and he was awesome in Week 1, turning 18 routes into 108 yards and a score (6.00 yards per route run, best). He ended the week ranking first in PFF grade (93.9) and fourth in expected fantasy points (14.3). This week he gets an Arizona defense that just surrendered the most receiving yards (131) to a rookie tight end in their debut all-time. He’s a high-ceiling/low-floor play, but I’ll be starting him as a low-end TE1 this week.

Well, first of all, Breida is good. He ranked 21st in PFF grade last season after ranking 16th in PFF run grade in 2017. Since 2000, and among all NCAA running backs with at least 500 career carries, only Melvin Gordon owns a higher career yards per carry than Breida’s 6.9. He’s struggled with injuries throughout his career but seems to be fully healthy heading into Week 2. He’s a low-end RB2 for fantasy this week, as the team’s lead back up against a Bengals defense that gave up the second-most fantasy points per game to running backs last year.

Brown exploded in Week 1, catching seven of 10 targets for 123 yards and a score. He was a start last week and is an easy start this week in a similarly cushy matchup. Last week the Giants led all defenses in fantasy points allowed to wide receivers, and fantasy points allowed on deep passes (Brown’s specialty).