• Jets rookie WR Garrett Wilson also saw some playing time with the starters, but it was much more limited.

• The Thursday, Friday and Saturday recaps have you covered for all of the fantasy football takeaways you might have missed. 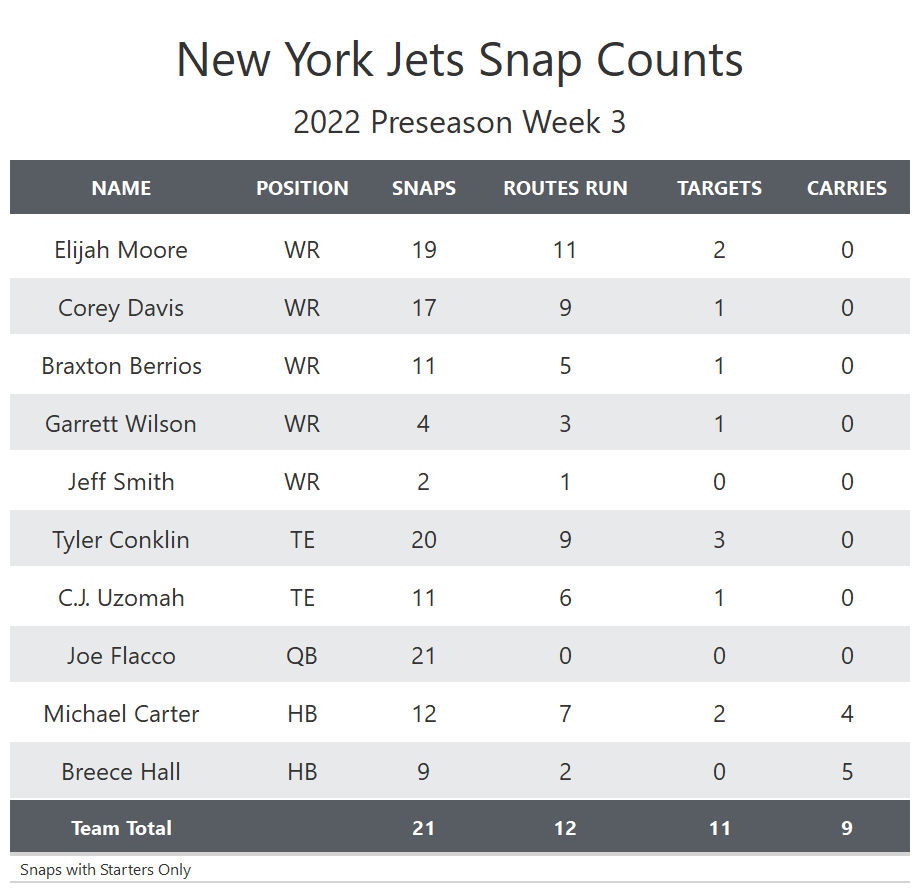 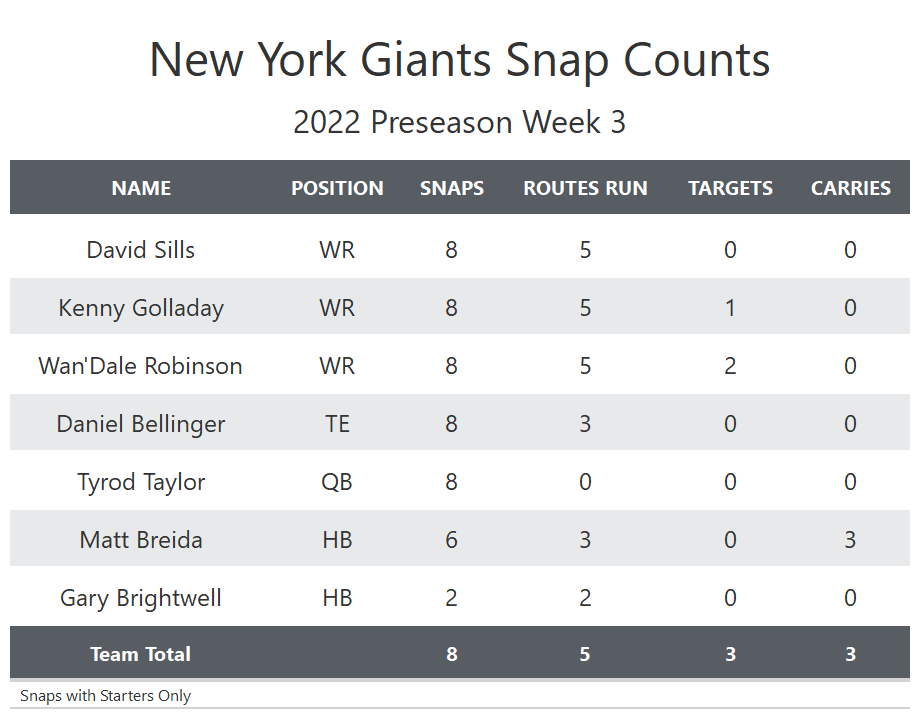 Move Michael Carter down your draft board: Carter started the game for the Jets and had more playing time than rookie Breece Hall, but the gap between them tightened compared to their first preseason game.

Move Garrett Wilson down your draft board: Wilson remains a backup for the Jets. He saw some playing time with the starters but continued to play more when the backups came in.

Consider Tyler Conklin a deep sleeper: Conklin left the field only once with the Jets' starters and was the most targeted player among the starters.

The Giants showed us more of the same: The Giants played a number of starters in all three preseason games while resting players who were either too important or injured. They basically used their players the same way in all three games. 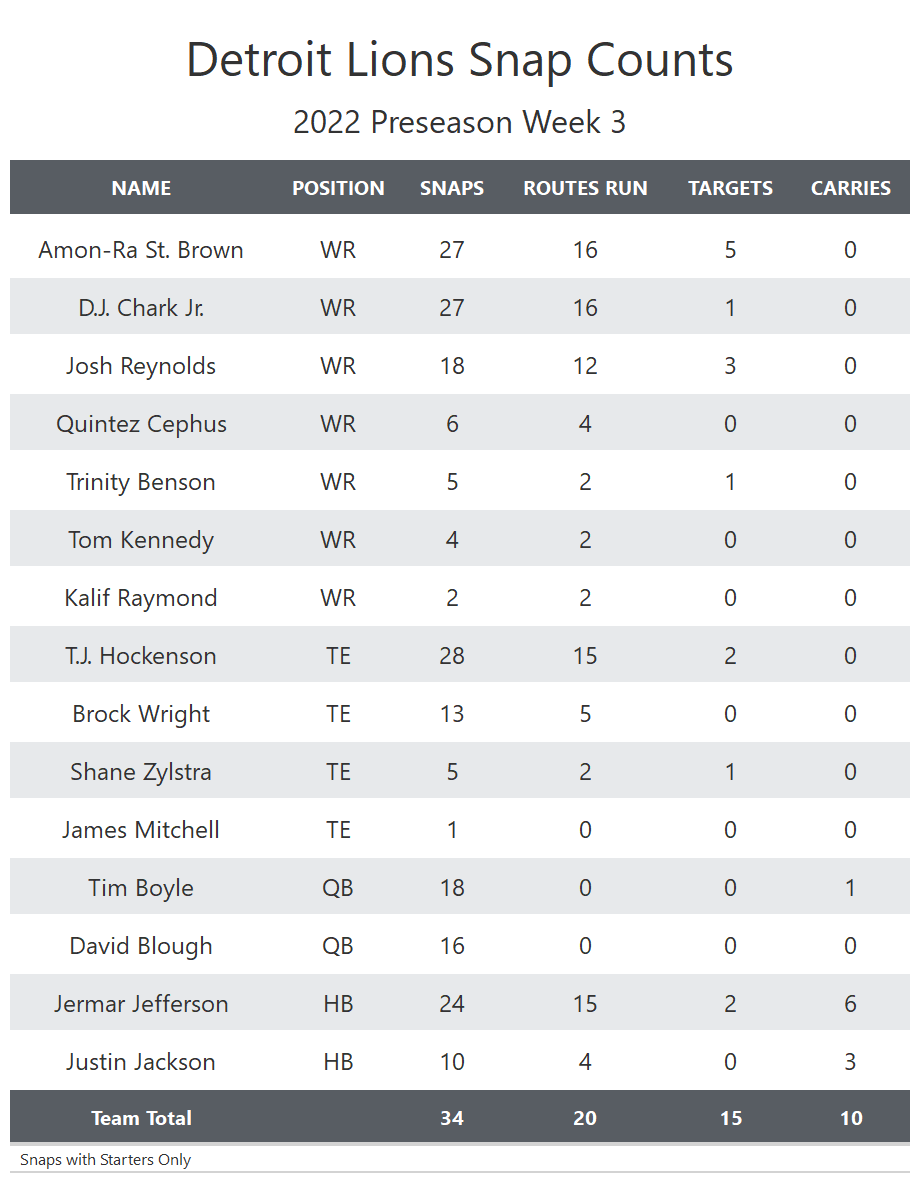 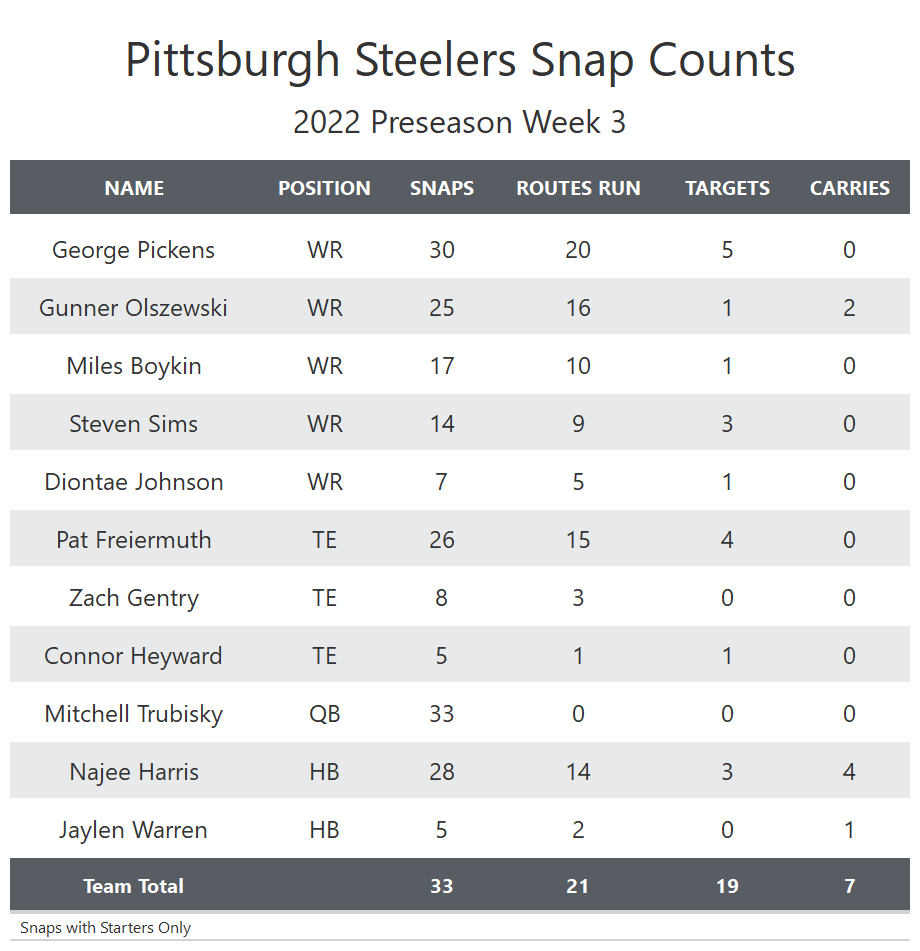 Monitor the Diontae Johnson shoulder injury: Johnson left in the first quarter after landing awkwardly on his shoulder and was ruled out of the game shortly after. The severity of the injury at this point is unclear, but it’s not surprising a starter with an injury didn’t return to the game, regardless of the severity.

Draft Najee Harris: There had been talk this offseason of a reduced workload for Harris this season. He was used similarly to last season in the first half, seeing the vast majority of snaps. He should continue to see a workload few running backs will match.

Monitor the running backs the Lions keep: Craig Reynolds rotated with Jermar Jefferson in the first two preseason games, with Reynolds playing first both times. Jefferson started today, with Reynolds not playing until the third quarter.