Buying wins in free agency is an expensive proposition, but the value of each incremental win for a playoff-caliber team cannot be understated. This year, teams are going to have tough decisions on how to spend that money. The first installment on wide receivers, then running backs and tight ends, offensive linemen, defensive interior, edge defenders, off-ball linebackers, and safeties have already been published. In this article, we’re forecasting free agents at the cornerbacks.

For each of the safeties below, the closest comparable players were found by measuring the similarity between them based on several features — age (within one year), WAR, previous-year WAR, PFF coverage grade, slot corner alignment frequency and WAR per snap the past two seasons. 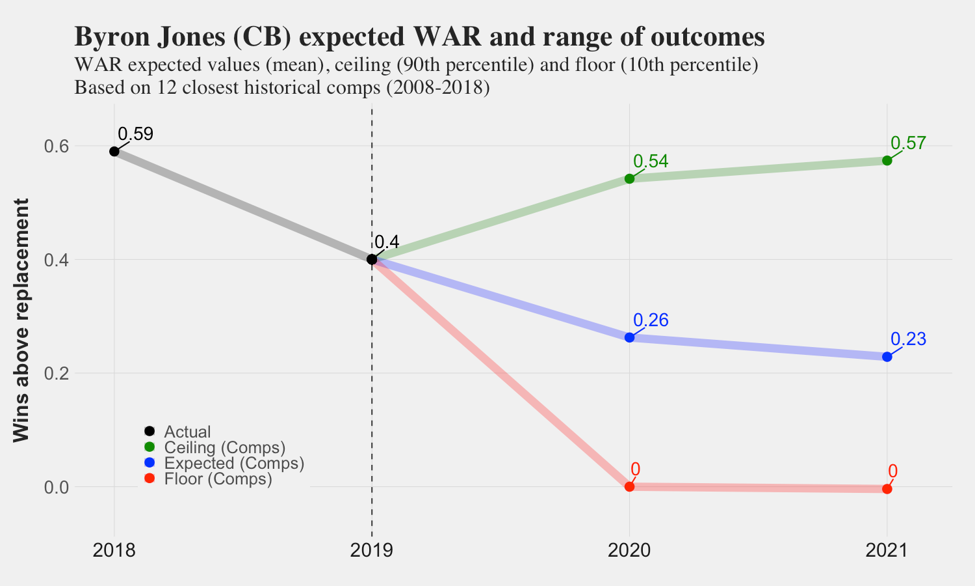 According to our grade-based WAR calculation, Jones’ production fell in 2019 to a still-healthy 0.4 WAR, which ranked 13th among all cornerbacks. Jones will be a slightly older to start next season (28) than the typical player coming off of his rookie deal with the fifth-year option already exhausted. Jones has zero interceptions over the past two seasons, but he has 15 pass breakups and the fourth-best forced incompletion rate of any corner in the game. 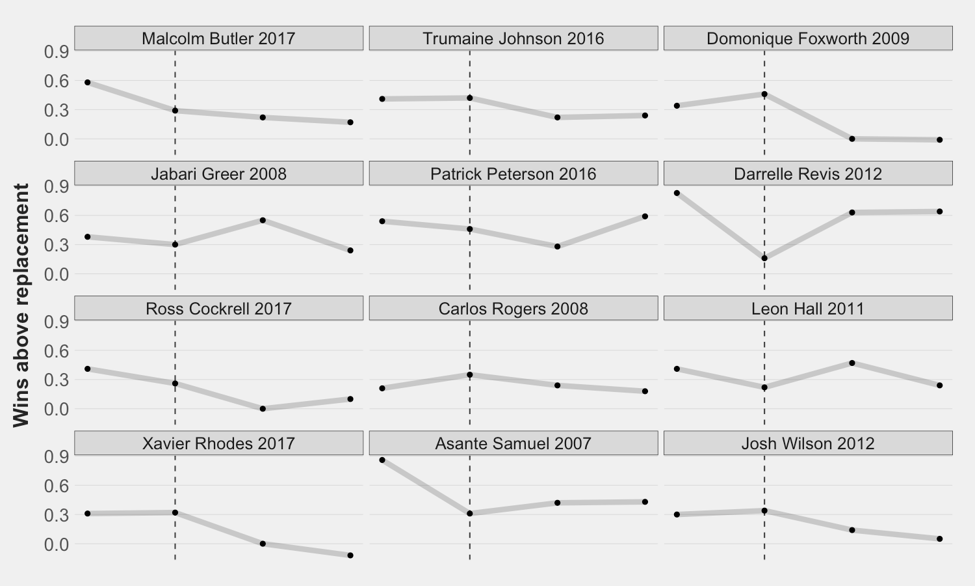 Malcolm Butler is Jones’ closest comp as another outside corner whose WAR fell significantly leading into the same age season. There is a low floor natural at the position where it more difficult to project production and assess play outside of primary coverage.

OverTheCap sees Jones inking a five-year contract worth $16 million per season, including $50.5 million fully guaranteed. The expected comps point to Jones as a value this offseason, but also a risk with a long history of cornerbacks moving teams and failing to perform under new schemes.