Buying wins in free agency is an expensive proposition, but the value of each incremental win for a playoff-caliber team cannot be understated. This year, teams are going to have tough decisions on how to spend that money. The first installment on wide receivers, then running backs and tight ends, offensive linemen, defensive interior, and edge defenders have already been published. In this article, we’re forecasting free agents at the linebackers.

For each of the off-ball linebacker below, the closest comparable players were found by measuring the similarity between them based on several features — age (within one year), WAR, previous-year WAR, PFF coverage grade, PFF run defense grade, and WAR per snap the past two seasons. 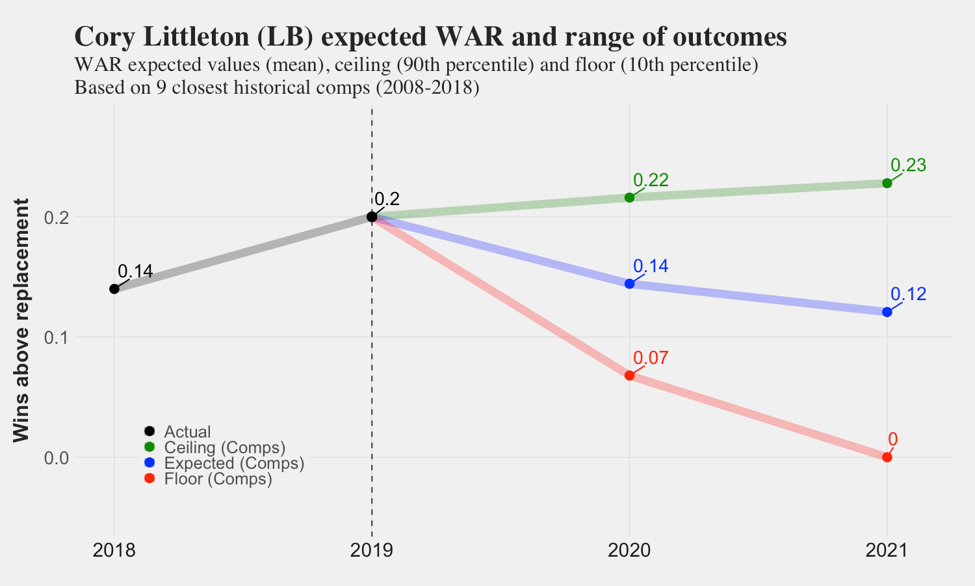 Littleton was the seventh-best coverage off-ball linebacker by PFF grade in 2019, making him one of the most valuable at the position in the NFL. Littleton’s WAR by season has grown from 0.02 in his rookie and second seasons, to 0.14 in 2018 and 0.20 in 2019. The expected forecasts have Littleton falling back to earth some in the years to come. 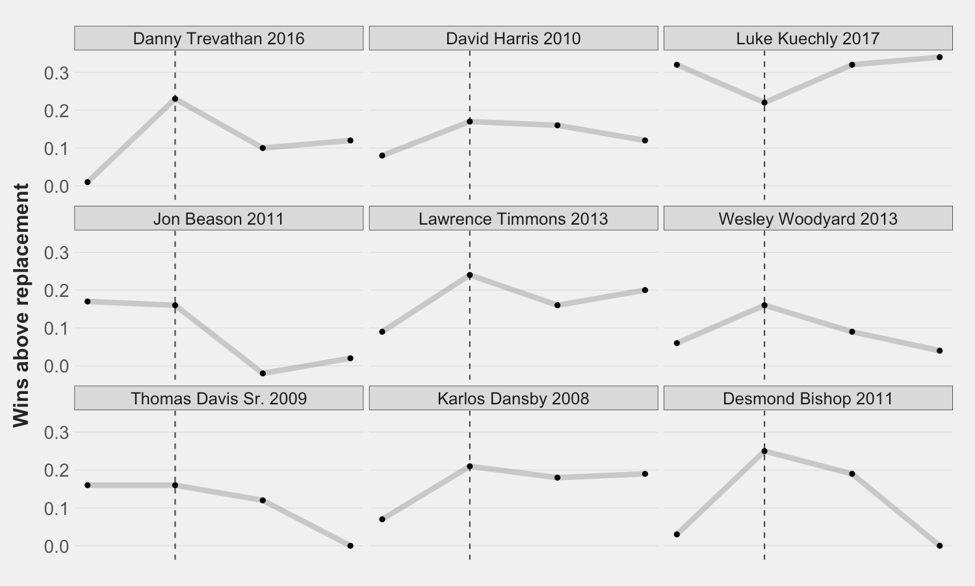 Some of the best historical coverage linebackers are part of Littleton’s comparable players, including some that will be nearly impossible to match like Luke Kuechly.

Our expected WAR values have Littleton’s production worth $9.2 million per season the next two years, with a significant ceiling of $16.0 million. OverTheCap gave Littleton a 2019 valuation of $8.5 million.