With only two teams remaining to compete in the Super Bowl, the offseason is in full swing for the rest of the NFL and football pundits. We at PFF are also getting into the action with the launch of our 2020 Draft Guide and new Free Agency Rankings tool, which allows you to sort by position and team needs and includes contract projections from OverTheCap as well as historical grades and wins above replacement (WAR) numbers for the past three seasons.

In this article, we’re starting the free agent forecasts with the wide receiver position. What will become apparent from the value numbers below is that our WAR numbers probably see the position as more impactful than some NFL decision-makers. However, the numbers will also show that the position generally has a lower floor when players don’t meet expectations.

For each of the receivers below, the closest comparable players were found by measuring the similarity between them based on several features — age (within one year), weight, WAR, previous-year WAR, targets per game, average depth of target, PFF route grades and WAR per snap. 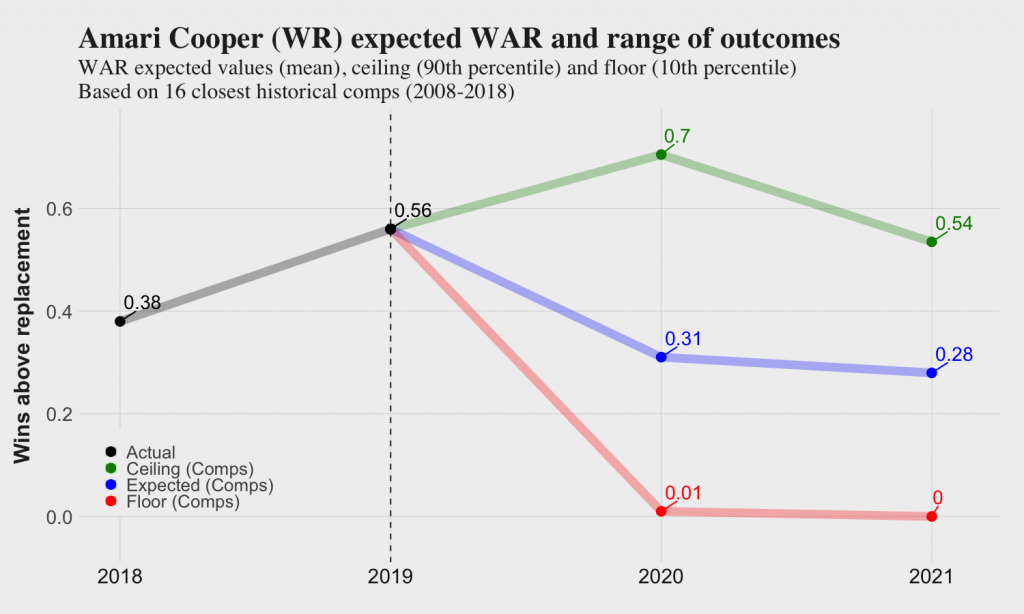 Amari Cooper is our sixth-ranked free agent for 2020, and there is some chance he hits the market, given that the Dallas Cowboys have to worry about multiple potential free agents this summer. The expected WAR numbers for 2020-21 don’t look great compared to the jump Cooper saw this season, but they are roughly in line with his 2018 numbers. 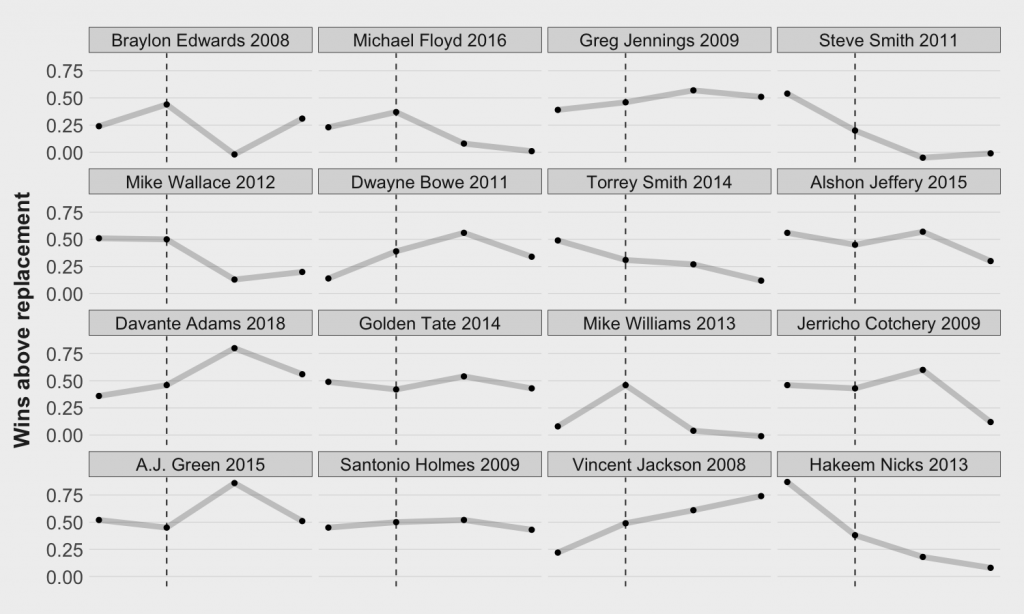 Cooper’s comps include many familiar names, and these players were often not as far into their careers as Cooper, who will only be a little over 26 years of age when the 2020 season kicks off. The upside of Cooper is the career of A.J. Green or Greg Jennings, with the downside being Hakeem Nicks or Mike Williams.

Based on his WAR numbers, we expect Cooper to generate $20.9 million of value over the next two seasons, which is slightly less than Julio Jones, but it's also a realistic target in a rising cap environment. If Cooper can reach his ceiling, there isn’t an amount he can be paid and be too expensive.

One thing to keep in mind is that younger players will be relatively undervalued in this analysis, as they have more potential than older players to hit the ceiling outcome that extends beyond the next two seasons, which are covered here.