Buying wins in free agency is an expensive proposition, but the value of each incremental win for a playoff-caliber team cannot be understated. This year, teams are going to have tough decisions on how to spend that money. The first installment on wide receivers, the second on running backs and tight ends, and the third on offensive linemen have already been published. In this article, we’re forecasting free agents at the defensive interior.

For each of the interior defensive linemen below, the closest comparable players were found by measuring the similarity between them based on several features — age (within one year), weight, WAR, previous-year WAR, PFF pass rush grade, PFF run defense grade, nose tackle snap percentage, and WAR per snap. 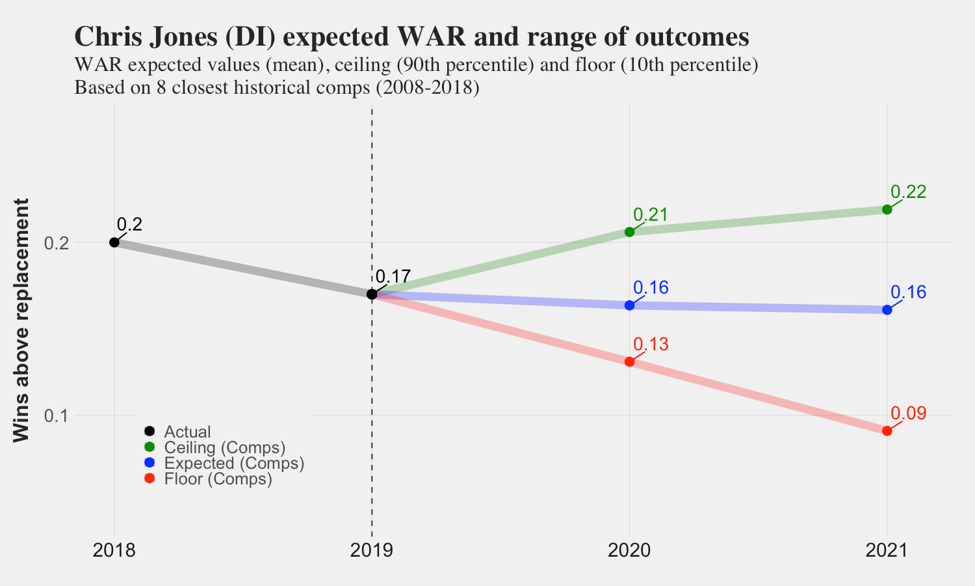 Jones is one of the biggest names set to hit the free agent market, and his projections provide a narrower range than most. He’s expected to basically reproduce his 2019 WAR production the next two seasons, with roughly 0.05 WAR higher and lower for the ceiling and floor. 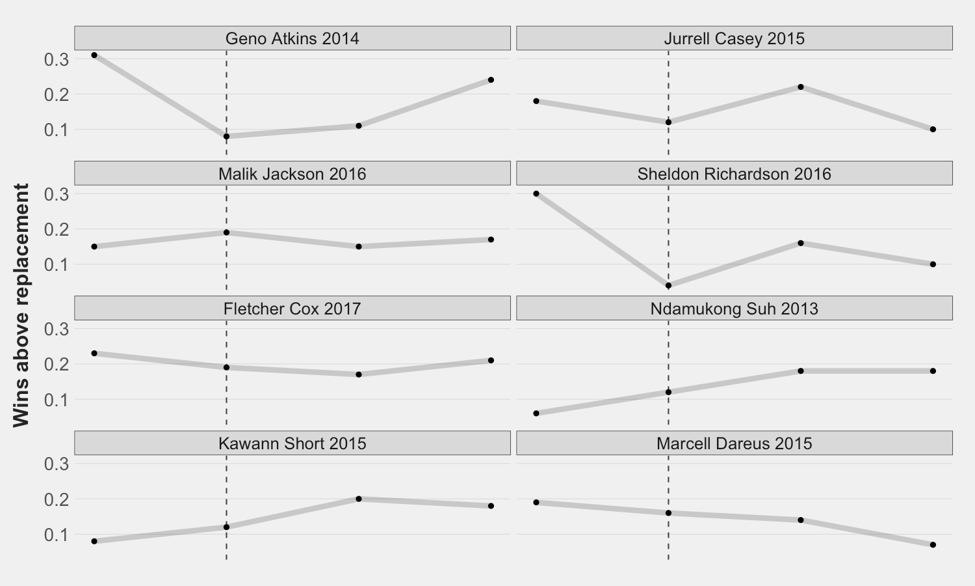 Geno Atkins is Jones’ closest comparable player at the same age (26 years old), followed by a plethora of recognized stars. The WAR numbers for these players might be smaller than expected, but the key is the high floor we discussed above.

OverTheCap projects a four-year contract worth $18 million per year for Jones, with $52 million fully guaranteed. That doesn’t look like a value in comparison to his expected WAR numbers, but at least risk is limited.