Buying wins in free agency is an expensive proposition, but the value of each incremental win for a playoff-caliber team cannot be understated. This year, teams are going to have tough decisions on how to spend that money. The first installment on wide receivers and the second on running backs and tight ends have already been published. In this article, we’re forecasting free agents at the offensive linemen. Unlike other posts, I’m not projecting the entirety on those who fall into the top-50, as No. 47 Andrew Whitworth and No. 49 Jason Peters are too old to produce a meaningful set of comparable players.

For each of the offensive lineman below, the closest comparable players were found by measuring the similarity between them based on several features — age (within one year), weight, WAR, previous-year WAR, PFF pass block grade, PFF run block grade, and WAR per snap. 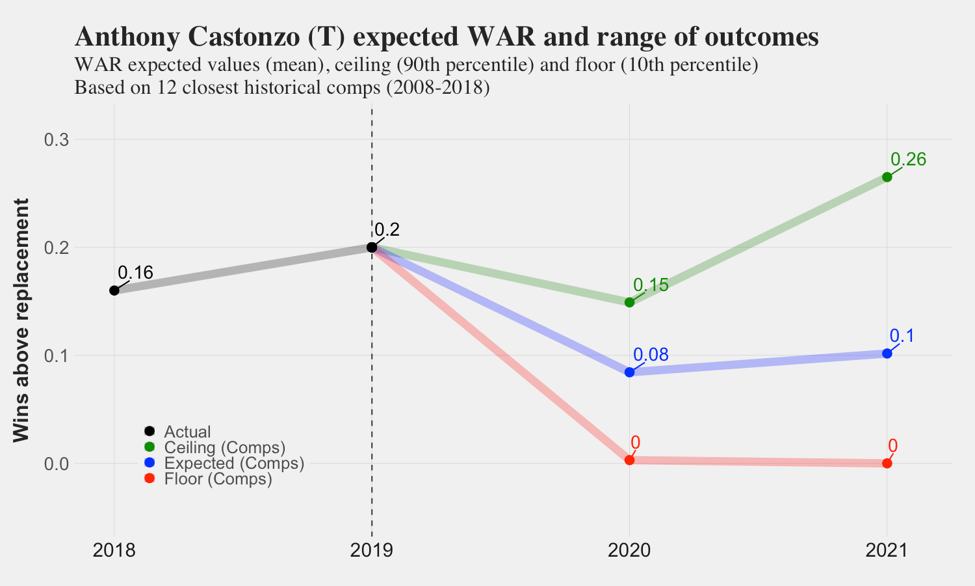 The first thing we need to know from Castonzo is whether he’s going to retire this offseason. If he decides to give it a go, he’ll be a little over 32 years old to start next season. Castonzo’s expected WAR projections for the next two years are fairly modest, and even the ceiling projection isn’t much better, on average, than what he produced the last two seasons. Across the offensive line our WAR values are probably lower than most expect, and certainly for players who are beyond their prime years. 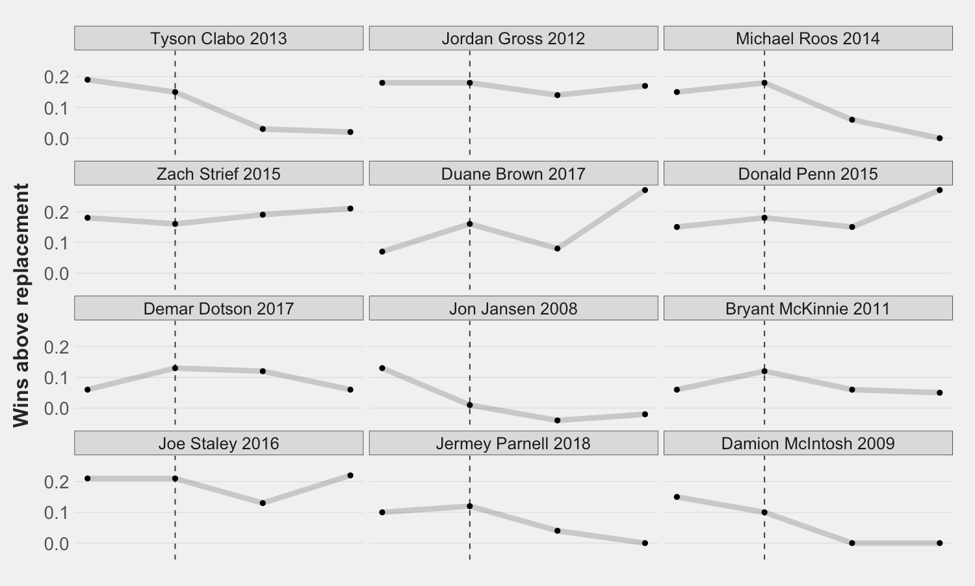 Castonzo comps range from Joe Staley, Duane Brown, and Donald Penn on the high side, to Michael Roos and Tyson Clabo on the downside.

OverTheCap sees Castonzo seeking a three-year contract worth around $13 million per season. That looks rich versus the expected WAR based on comparable players, though a slight discount versus the ceiling outcomes.