Buying wins in free agency is an expensive proposition, but the value of each incremental win for a playoff-caliber team cannot be understated. This year, teams are going to have tough decisions on how to spend that money. The first installment on wide receivers was published last week. In this article, we’re forecasting free agents at the tight end and running back positions.

For each of the tight ends and running backs below, the closest comparable players were found by measuring the similarity between them based on several features — age (within one year), weight, WAR, previous-year WAR, targets per game, average depth of target (or rushing attempts per game for RBs), PFF route grades (PFF rushing grades), and WAR per snap. 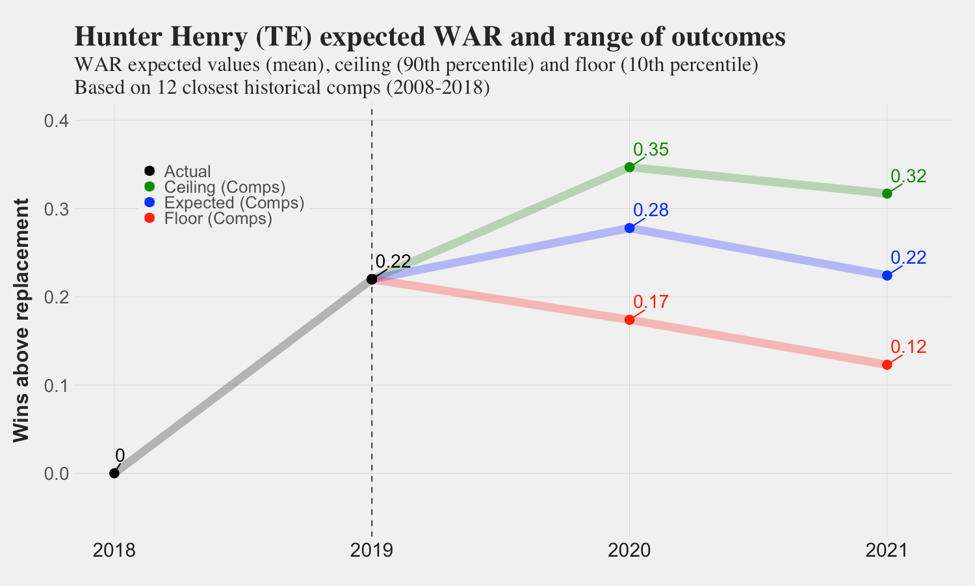 Henry is our top-ranked tight end of potential 2020 free agents. Henry’s comparable players have a relatively narrow range of outcomes, with his ceiling roughly 0.1 WAR above what he generated in 2019, and his floor less than 0.1 WAR in the other direction. Not pictured in the forecast above is the 0.26 WAR Henry generated in 2017, before missing the 2018 season.

The issue with Henry will be his ability to stay healthy. Henry’s projected WAR numbers will probably come with a discount after missing the entire 2018 season with an ACL tear, and four games in 2019 with a tibia fracture in the same knee. Sports Injury Predictor sees a 51% chance Henry misses at least two quarters in 2020, and places him in the least durable category for player. 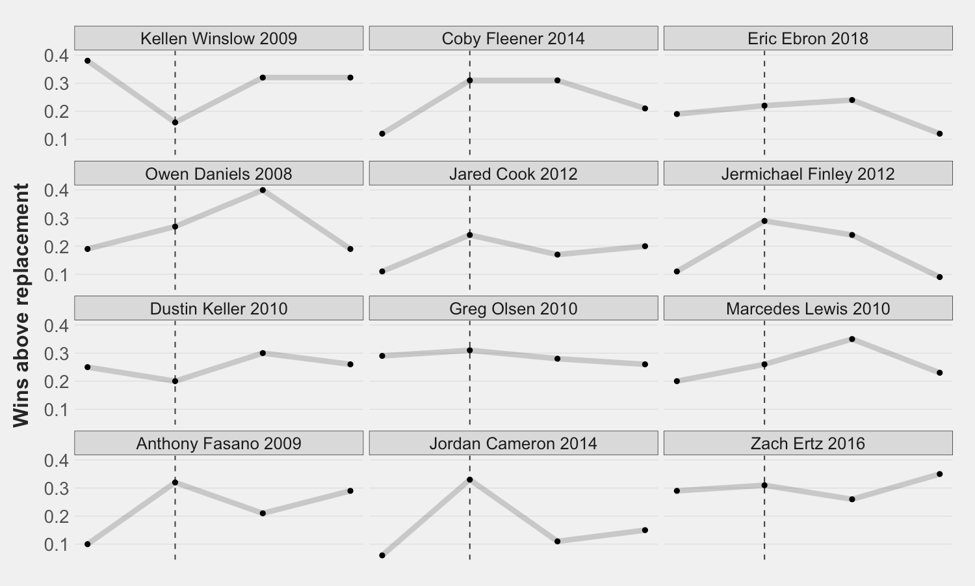 The range of outcomes for a productive, young tight end go from Zach Ertz to Jordan Cameron. Henry won’t even be 26 years old entering the 2020 season, leaving potential for years of prime production on his next contract.

OverTheCap sees Henry taking a one-year, prove-it deal for around $9.5 million. That would likely be a win-win for his signing team and Henry if he hits the forecasted projections. If a team can convince Henry to take a longer deal at a reasonable number, there could be a lot of upside.