Buying wins in free agency is an expensive proposition, but the value of each incremental win for a playoff-caliber team cannot be understated. This year, teams are going to have tough decisions on how to spend that money. The first installment on wide receivers, then running backs and tight ends, offensive linemen, and defensive interior have already been published. In this article, we’re forecasting free agents at edge defender.

For each of the edge defenders below, the closest comparable players were found by measuring the similarity between them based on several features — age (within one year), weight, WAR, previous-year WAR, PFF pass rush grade, PFF run defense grade, nose tackle snap percentage, and WAR per snap the past two seasons. 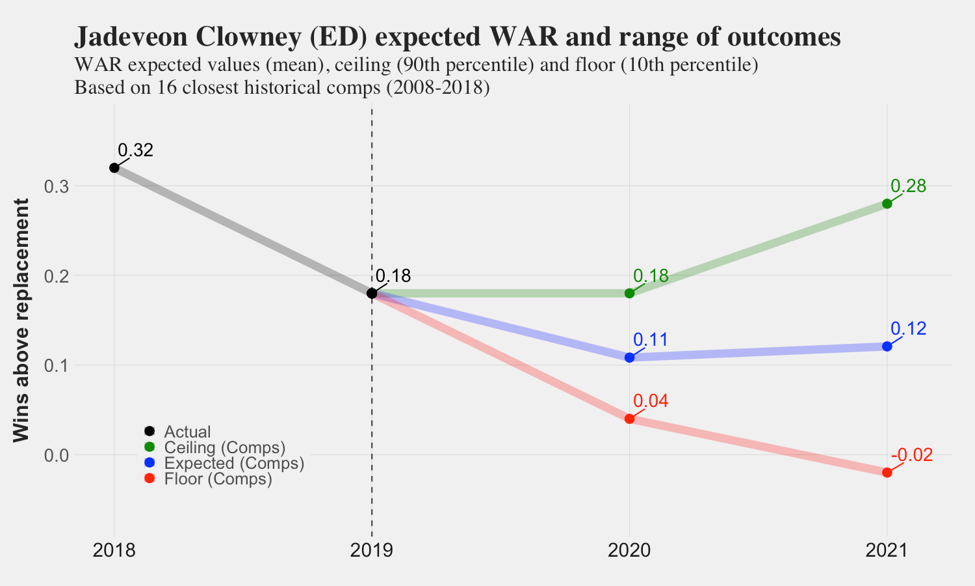 Clowney’s projections aren’t nearly as inspiring as his performance the last few years, especially in comparison to the 0.32 WAR he generated in 2018 and 0.30 WAR in 2016. 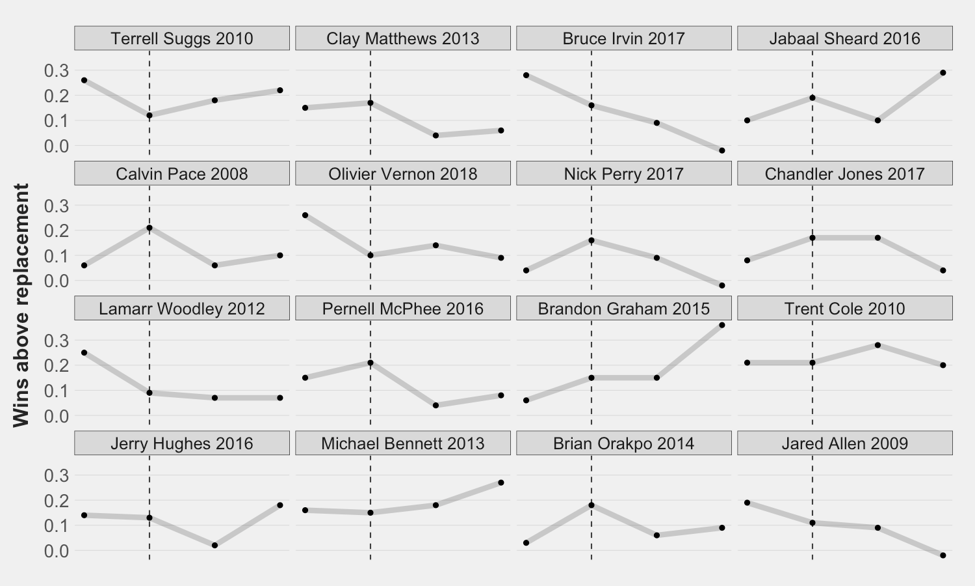 It’s difficult to find proper comps for Clowney, so the headline forecasts probably underrate his potential. One of the issues for teams signing Clowney is his more advanced age coming off of a fifth-year option. Clowney will be 27 years old entering 2020, and some of his comp group saw their performance dip in the late 20s.

OverTheCap sees Clowney signing a five-year contract worth roughly $21 million per season, making him one of the highest paid defenders in the NFL. As of now, Khalil Mack and Aaron Donald are the only defenders making over $21 million per season. The comp-based projections put the ceiling for Clowney right at $20.6 million in his top season, implying a lot of risk for any team willing to meet his likely contract demands.