Most undervalued wide receivers according to the 2021 PFF fantasy projections

PFF's fantasy team has been working tirelessly to produce our fantasy rankings and fantasy projections, which leverage the modeling capabilities of Eric Eager and our research and development team. This series of articles will go through the top fantasy players by best ball ADP at Underdog Fantasy and compare their relative positional value against our half-PPR projections. This analysis focuses on the wide receiver position.

Below, I’ve visualized the top 48 fantasy wide receivers by current Underdog ADP, contrasting their ranks with PFF projections. Often, our projections agree about the valuation of players relative to ADP, identifying players who should be prioritized or faded in drafts. We also find some substantially misvalued players, and the visualization provides an easy way to judge the magnitude of the differences in rankings.

The wide receivers below are listed in order of positional ADP rank, with the blue points representing Underdog ADP and the red points marking the rank by PFF projections. When two or more measures fall on the same positional rank, the point's color will represent a mix. The lines between points illustrate the magnitude of the difference between the maximum and minimum ranking for each player. 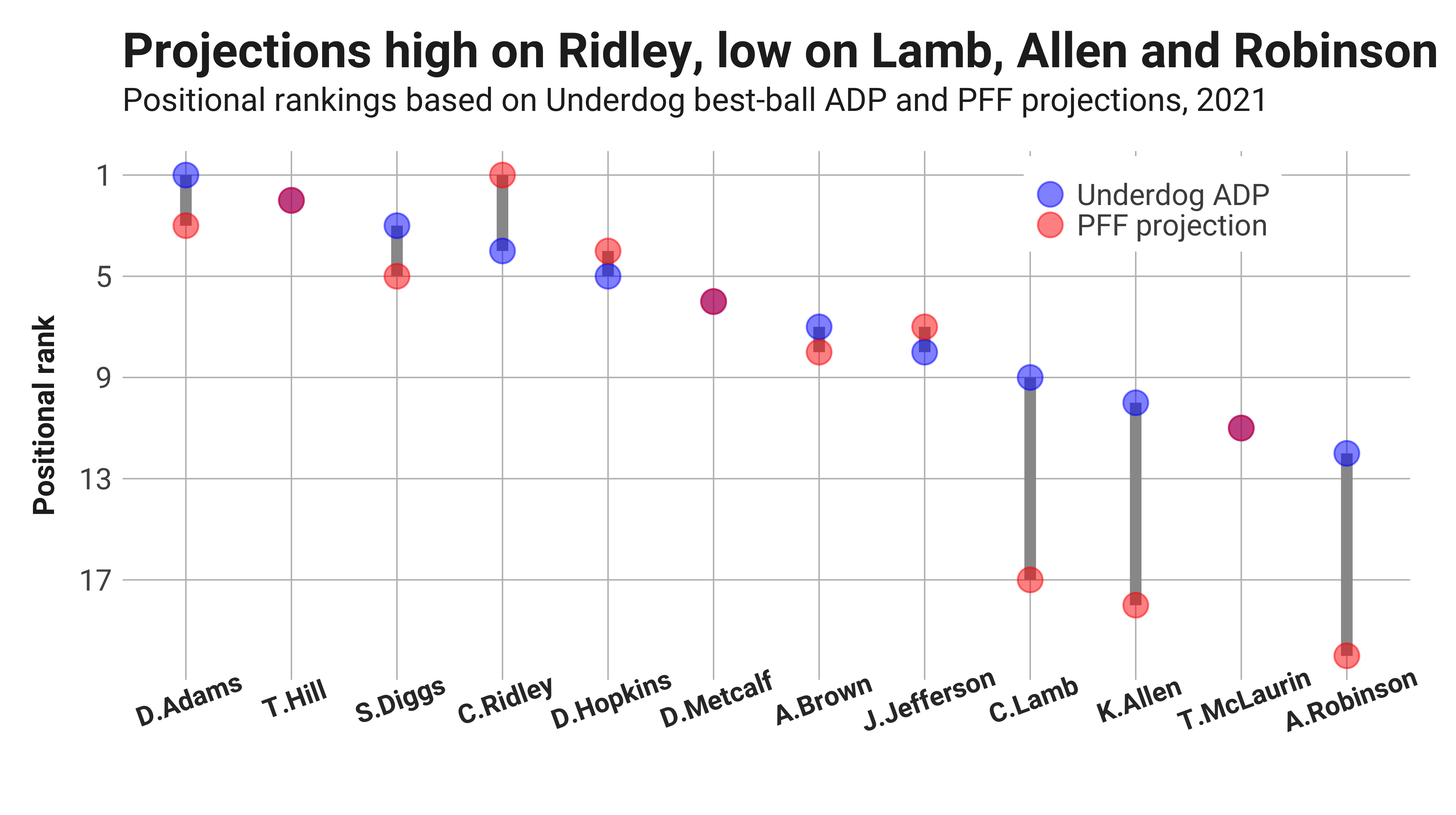 With the departure of Julio Jones and aggressive team passing numbers, Calvin Ridley has the top fantasy projection of any wide receiver. I wouldn't necessarily draft him before Davante Adams and Tyreek Hill, but the projections solidify what we should already know: Ridley has as much upside as any receiver in the NFL. The 26-year-old pass-catcher generated an elite target share of 30% in the 11 games he played last season without Jones.

The projections are lower for CeeDee Lamb, Keenan Allen and Allen Robinson than their respective ADPs. Lamb is part of a crowded receiver group but has the talent to be a top-five receiver. The former takes precedence in projections.

Allen’s projection improves in full PPR projections but could be a reasonable fade in all formats without the true top-three ceiling of some receivers going later in fantasy drafts. Robinson suffers from lower total passing and efficiency projections associated with rookie quarterback play. 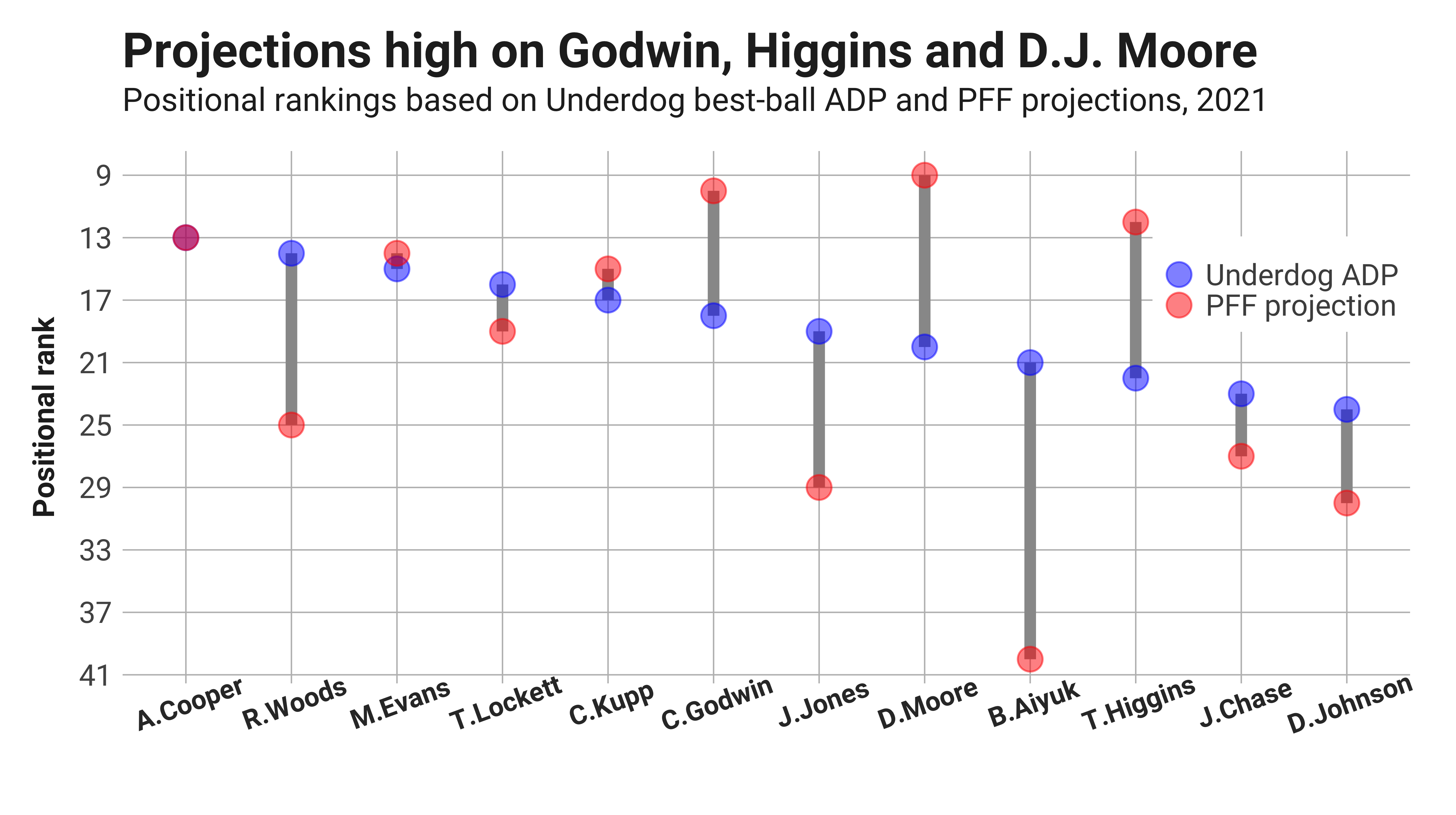 Chris Godwin, D.J. Moore and Tee Higgins look very undervalued in terms of ADP. Godwin and Moore have shown fantasy upside for a couple of seasons, and our projections see that continuing in 2021.