All this week, our Jeff Ratcliffe has been evaluating the strength of schedule for each fantasy football position, looking at the strongest and weakest schedules over the season to help fantasy managers find an edge. Strength of schedule should never be the biggest deciding factor in selecting (or not selecting) a player, but it should definitely be part of the equation.

One thing to remember, though, is that it’s imprecise. Even the method used here — using PFF grading and current rosters to create a strength of schedule, rather than merely the previous year’s points allowed — can become outdated as soon as a coaching scheme changes, as soon as a big-name player gets hurt.

So the strength of schedule in the fantasy playoffs is the most important, but it is also the hardest to forecast. On the flip side, the strength of schedule in the early season is far easier to break down and, while it isn’t as important as the playoffs, it’s probably the next most important. A poor start to your season can doom your whole year; a hot start can buoy you into the playoffs.

Today, I’m looking specifically at the first four weeks of the 2019 season to find the players with the best early-season schedules. These are players who you are more likely to be able to draft slightly earlier, based on their schedule, and also players who it might make sense to sell high on if they start fast, because things get harder from there. (Check out the look at the opposite, the players with the toughest early-season schedules, as well.) 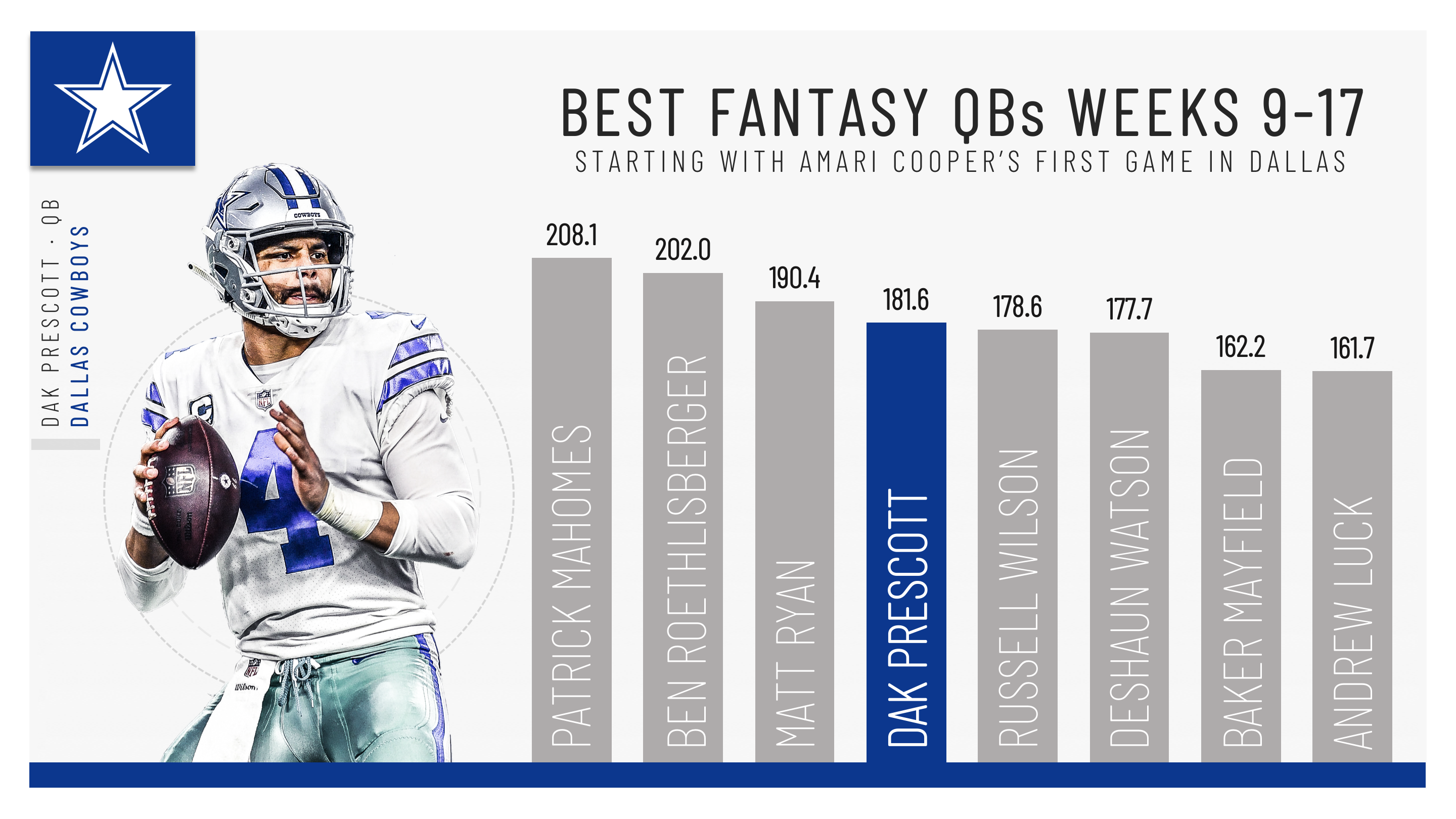 Prescott’s first three games of the season come against three of the top six opponents for quarterbacks based on current rosters. That’s a wonderfully accommodating schedule that could lead to Prescott having a hot start to the season. Combine that with the fact that Prescott was fantasy’s QB4 over the second half of 2018 and you might be able to sell high on Prescott at the end of September — and that might be a good move, as the Cowboys have the toughest schedule in the league in the fantasy playoffs, drawing the Bears, Rams, and Eagles in Weeks 14-16.

Jackson’s going to run against anybody. But if he’s going to be successful as a passer, his early slate is conducive to it, with some bad defenses, an Arizona unit that won’t have Patrick Peterson, and a Chiefs unit where, if nothing else, he’s likely to have to pass like mad to keep up. The Ravens have a pretty Jackson-friendly schedule all year long, but the start will be where we see what he can do.

The Jets have a slightly subpar schedule in the fantasy playoffs, but early in the year things are particularly amenable. That’s a wonderful thing for Bell drafters, and even better for Bell drafters who are also trade-friendly. Bell could be great all year long, but if he starts hot, his stock will climb back to “contender for top overall player,” as it’s been in the past. And not that it will happen, but Bell is 27, with as many touches as anyone in the league over his career despite missing a season, and it’s not inconceivable that his conditioning could be lacking after a year off. He’s a player who could deteriorate over the year. A hot start and a sell high could be the best strategy.

As if Barkley needed the help, his early-season schedule is ridiculously friendly, with an average matchup against the Cowboys followed by three friendly matchups, including the best matchup in the league in Washington. He could be setting himself up to be the league’s No. 1 running back yet again.

Green and Boyd have a nice schedule early in the year, with two of the 10 easiest matchups in the league in Weeks 1-2. And then after Week 2, they only have two more games against the 10 easiest opponents the rest of the year (with one of those in Week 16, to be fair). Translation: If you get a hot start out of the Bengals receivers, you might find yourself at the perfect time to sell.

I’m low man on Kupp entering this season, as I think his injury came so late in the season that people investing an early pick in him are betting too much on fast recovery. That said, if I’m wrong, he’ll definitely have a friendly early schedule to take advantage of. And it’s not like the team’s receivers at large need the help, with maybe the best group of receivers in the league.

There’s a lot of excitement surrounding Moore entering his second year, and some surrounding Samuel entering his third. Add a hot start to the season (after the Week 1 Rams game) to that and we could be looking at some very exciting youngsters in Carolina if Cam Newton’s shoulder holds up.

I wouldn’t advocate drafting old man Witten in any sort of league, but I’d be lying if I said his early schedule wasn’t appealing. The Cowboys’ first three games come against three of the four most amenable defenses for tight ends before turning seriously south after that. I’ll say this: Maybe you stream Witten early in the year, and maybe you nab him in DFS. But what you don’t do is see him start the season hot and trade for him, thinking the old Jason Witten is back. Let someone else fall on that grenade. 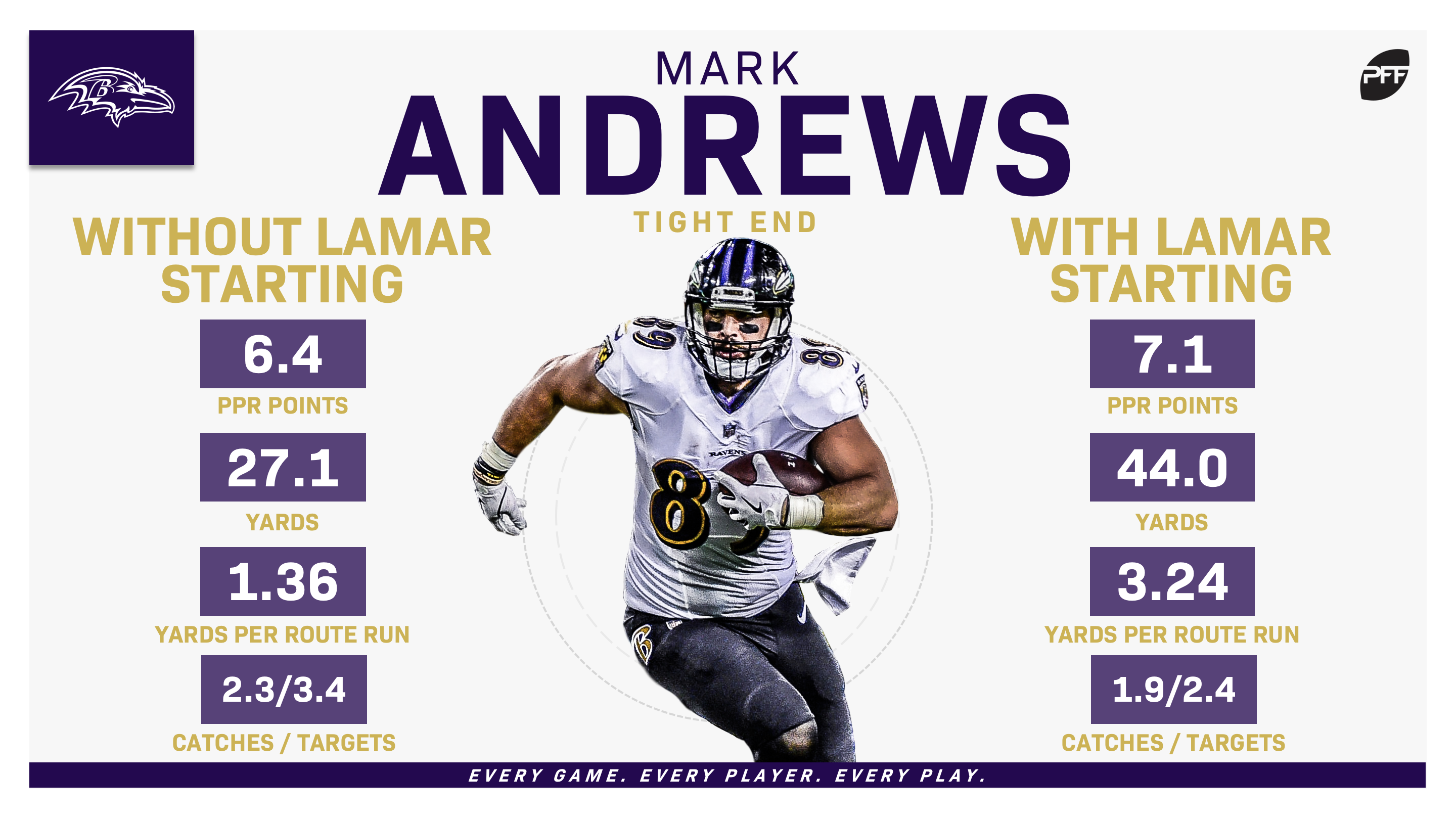 Andrews is one of the most popular sleepers at tight end this year after a rookie season in which he put up 552 yards and was one of only eight tight ends with multiple receptions of 40-plus yards. Is numbers didn’t suffer with Jackson at quarterback, either, as 56% of his yardage came in the seven weeks Jackson was the starter. And with a friendly schedule over the full season, highlighted by an even friendlier first month, Andrews could be the next big thing at the tight end position.