Most undervalued running backs according to the 2021 PFF fantasy projections

PFF's fantasy team has been working tirelessly to produce our fantasy rankings and fantasy projections, which leverage the modeling capabilities of Eric Eager and our research and development team. This series of articles will go through the top fantasy players by best ball ADP at Underdog Fantasy and compare their relative positional value against our half-PPR projections. This analysis focuses on the running back position.

Below, I’ve visualized the top 48 fantasy running backs by current Underdog ADP, contrasting their ranks with PFF projections. Often, our projections agree about the valuation of players relative to ADP, identifying players who should be prioritized or faded in drafts. We also find some substantially misvalued players, and the visualization provides an easy way to judge the magnitude of the differences in rankings.

The running backs below are listed in order of positional ADP rank, with the blue points representing Underdog ADP and the red points marking the rank by PFF projections. When two or more measures fall on the same positional rank, the point's color will represent a mix. The lines between points illustrate the magnitude of the difference between the maximum and minimum ranking for each player. 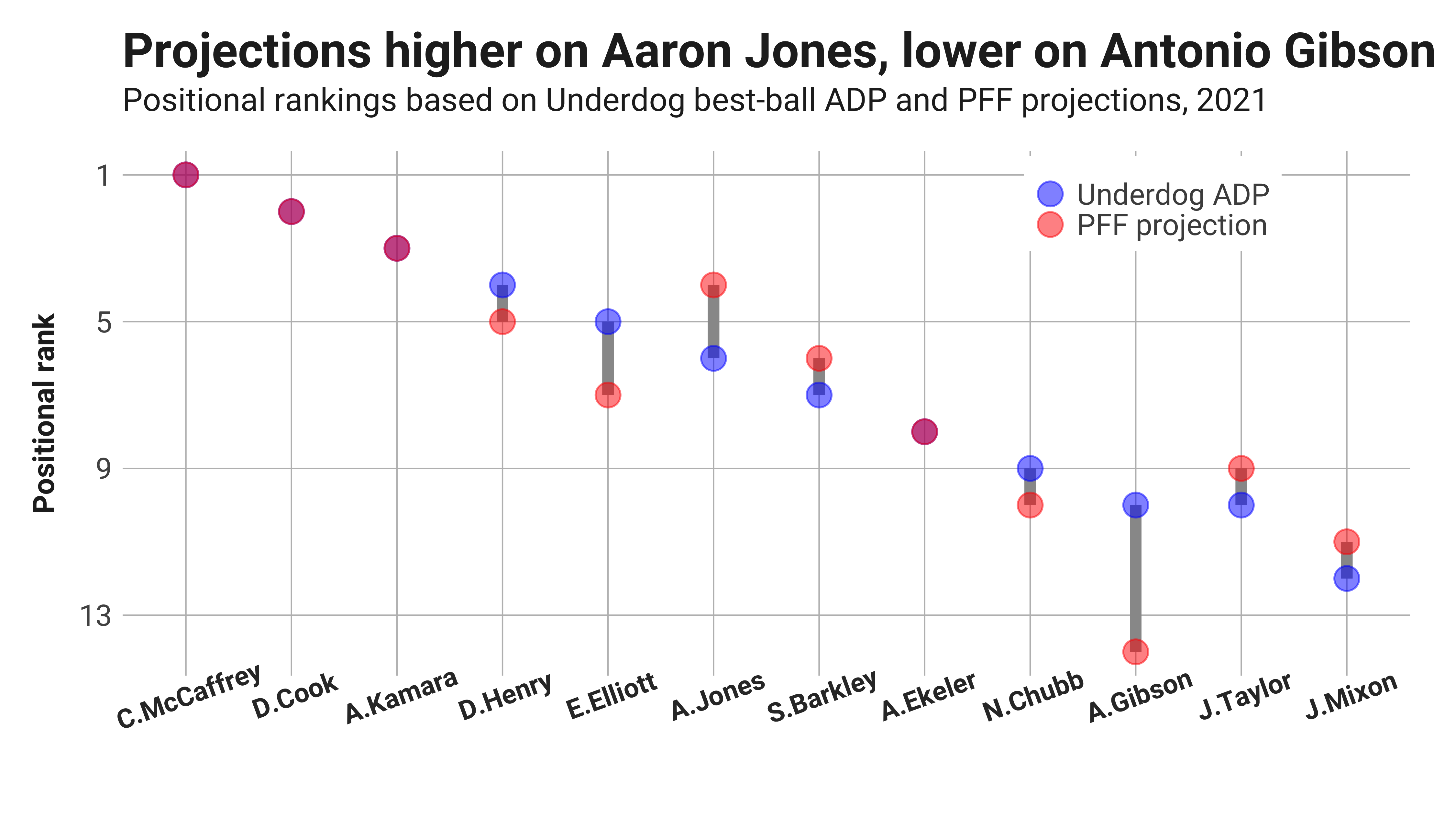 Aaron Jones looks undervalued in best-ball drafts versus our projections despite a fairly conservative 50% rushing share assumption. We see Jones handling 12% of targets, and that reception boost moves the Packers back up in our rankings. We also see his touchdown upside continuing in one of the NFL’s best offenses.

On the flip side is Antonio Gibson, who is RB16 in our projections and lower than his RB10 ADP in Underdog best-ball drafts. J.D. McKissic continues to impede the second-year back from seizing a true workhorse role, as the veteran's 8.5% target share nearly equals our 9% assumption for Gibson. If their roles unexpectedly change this year and Gibson takes over on obvious passing downs, his upside is one of the highest out there. 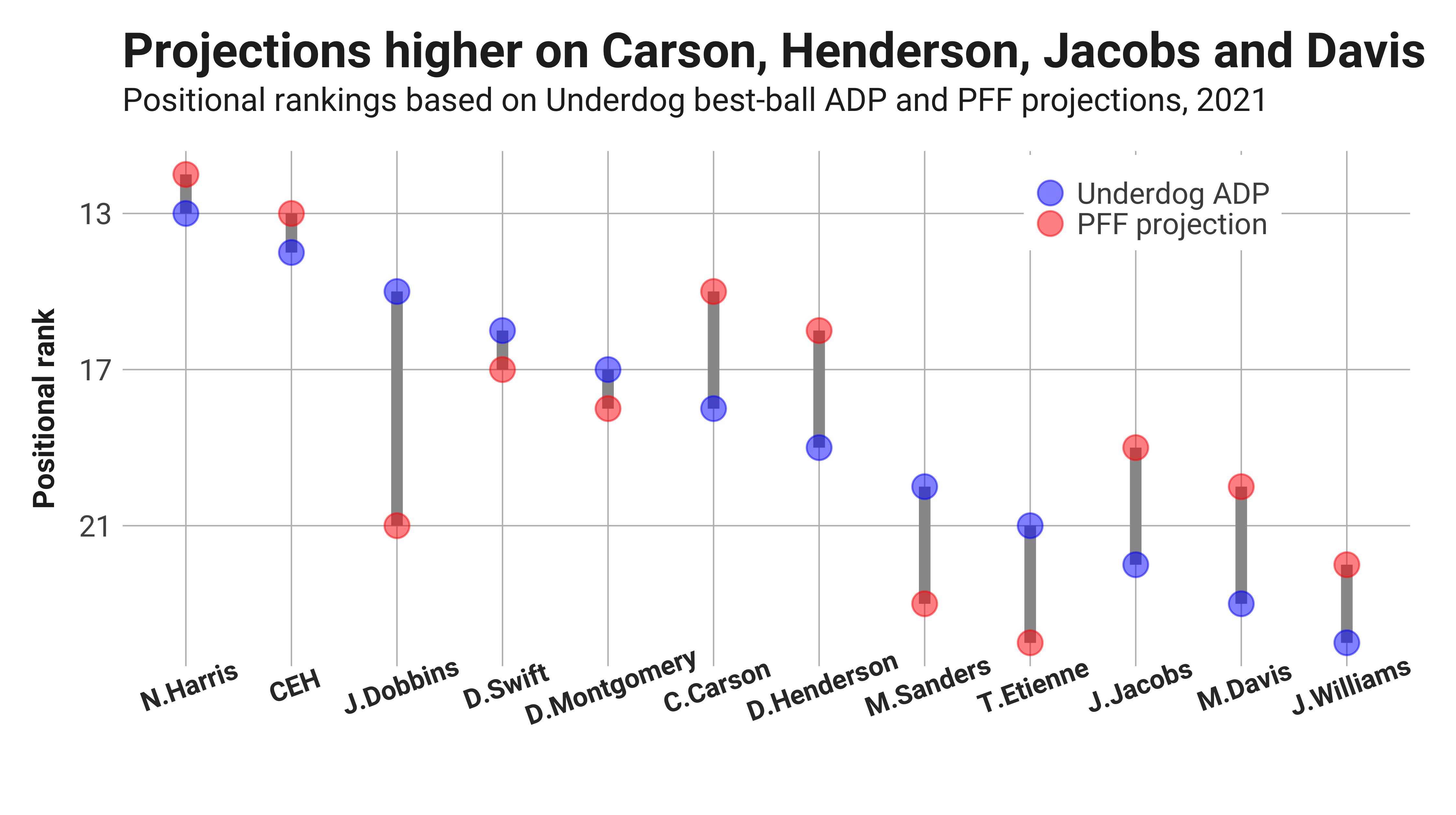