With the help of PFF grades and advanced statistics — which are now available to PFF’s CFB Premium Stats+ Subscribers — we present to you the 2021 MWC Offensive and Defensive Player of the Year and All-MWC teams.

MWC OFFENSIVE PLAYER OF THE YEAR

McBride was the engine of the Rams’ offense this season. The 6-foot-4, 260-pound tight end was targeted on 30% of his routes run this year, the second-highest rate at the position, and he finished the season averaging an incredible 2.77 yards per route run.

McBride earned a stellar 95.0 PFF overall grade in 2021, second to only Kyle Pitts (2020) in the PFF College era, and he also picked up 18 more combined first downs and touchdowns than any other FBS tight end. As if that wasn't enough, he also put up the seventh-most positively graded run blocks among FBS tight ends.

Between the receiving ability and blocking prowess, McBride has made his name known as an all-around weapon at the tight end position. 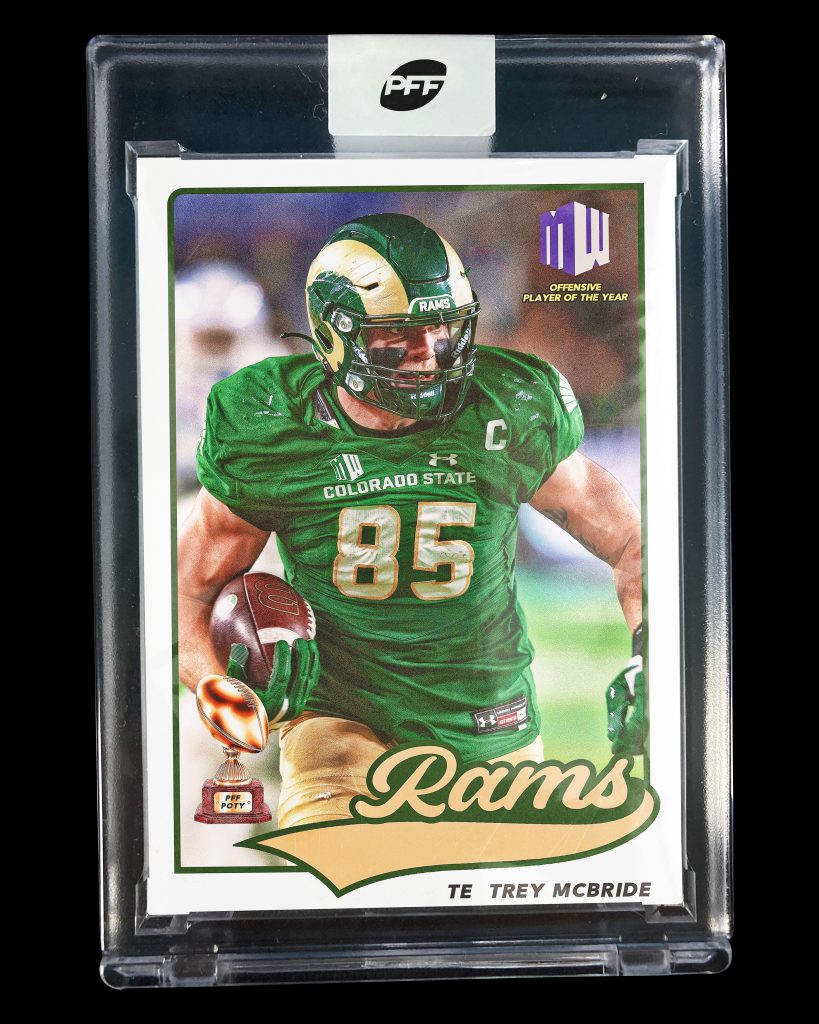 MWC DEFENSIVE PLAYER OF THE YEAR

Muma finished the regular season with the third-highest PFF grade at the position at 90.4. The Wyoming Cowboy is instinctive with a great combination of size and speed at 6-foot-3 and 242 pounds and racked up 59 defensive stops in 12 games, the second-most at the position. 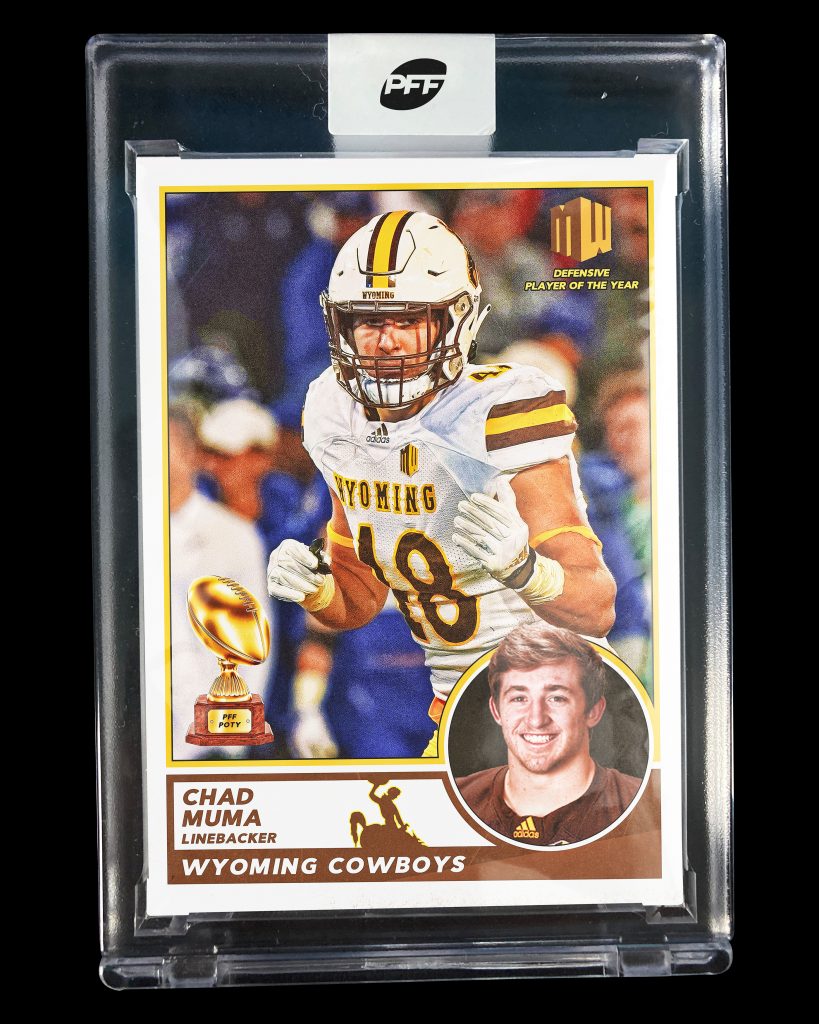