With the help of PFF grades and advanced statistics — which are now available to PFF’s CFB Premium Stats+ Subscribers — we present to you the 2021 C-USA Offensive and Defensive Player of the Year and All-Conference USA teams.

C-USA OFFENSIVE PLAYER OF THE YEAR

Western Kentucky went from third-to-last in the conference in expected points added (EPA) per pass play in 2020 to first in the same metric in 2021, and Zappe was the biggest reason why. 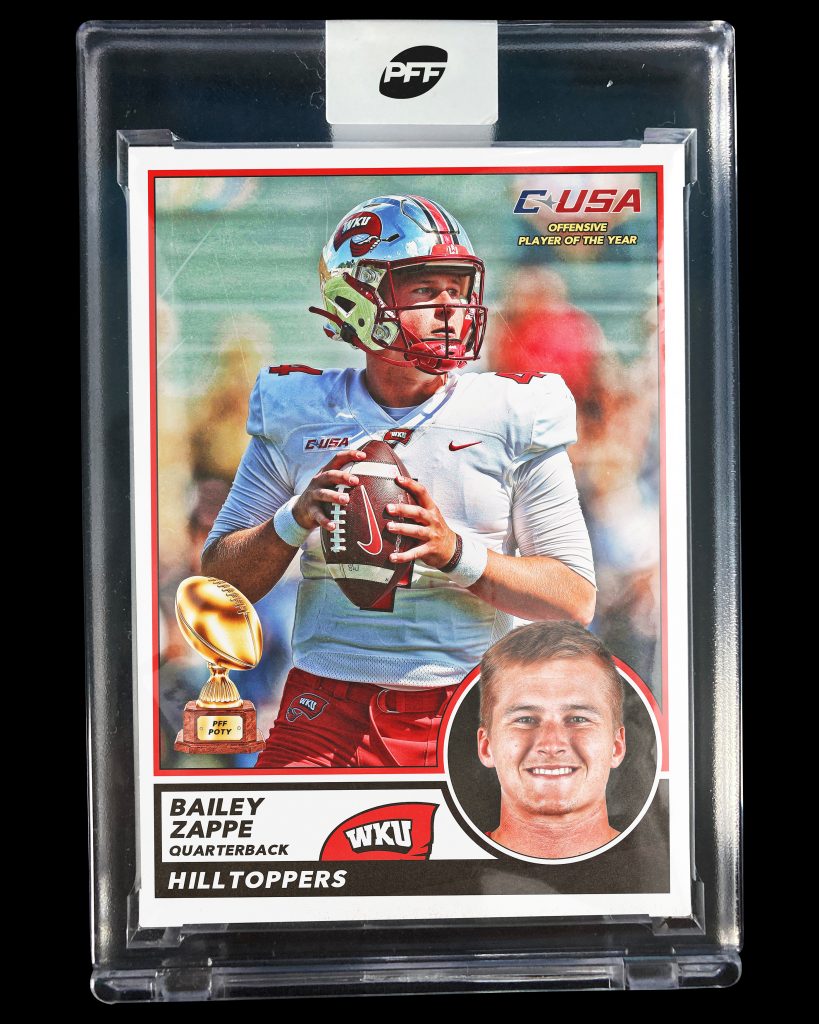 CUSA DEFENSIVE PLAYER OF THE YEAR

Wright earned a 91.3 PFF grade over the regular season, the second-highest in the FBS, and played soundly against the run and pass. The 6-foot-7, 270-pound edge defender finished the regular season as one of the seven FBS edge defenders who put up an 80.0-plus PFF grade in both run defense and as a pass-rusher. Wright generated a 19.9% pressure rate and 26.1% pass-rush win rate in 2021, top-five marks at the position. 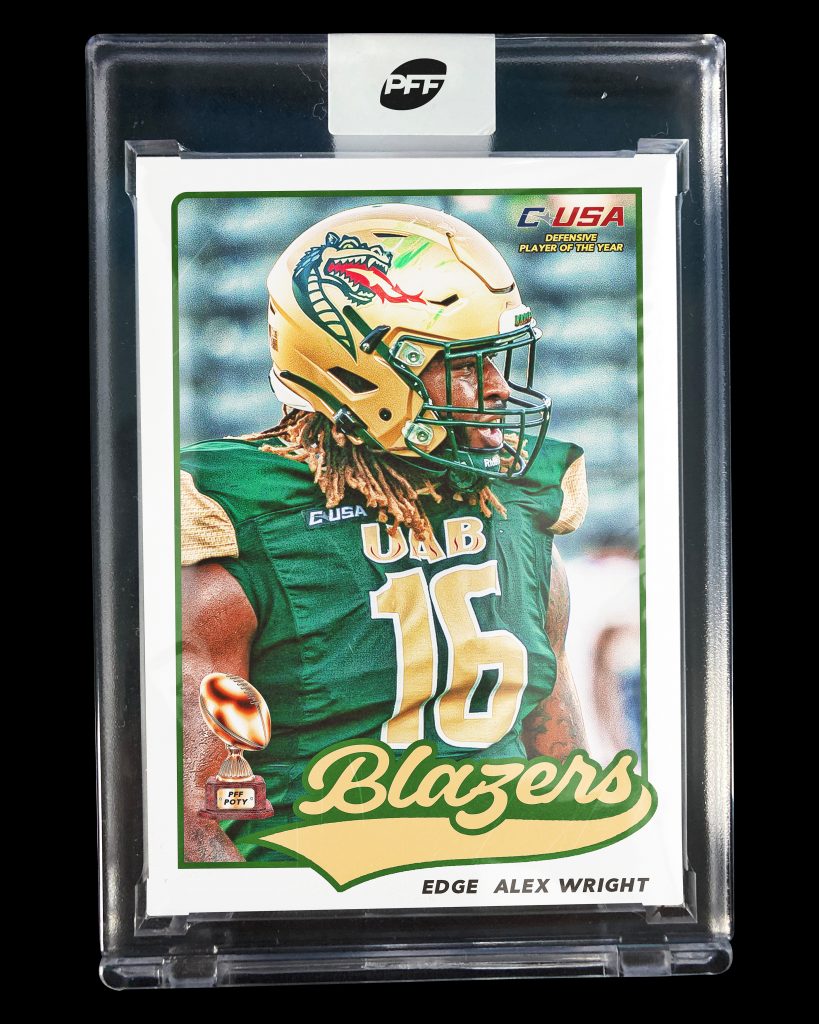