With the help of PFF grades and advanced statistics — which are now available to PFF’s CFB Premium Stats+ Subscribers — we present to you the 2021 Pac-12 Offensive and Defensive Player of the Year and All-Pac 12 teams.

PAC-12 OFFENSIVE PLAYER OF THE YEAR

London was amid a historically great year before going down with a season-ending injury in Week 9. The 6-foot-5, 210-pound receiver — who was even on the USC basketball team at one point — earned a 91.8 receiving grade this year.

The USC pass-catcher racked up 37 receptions against single coverage in the 2021 season, 14 more than any other Power Five receiver at the time of his injury. He also forced 22 missed tackles and totaled 19 contested catches, four more than any other FBS wide receiver in the regular season despite missing the final third of the year. 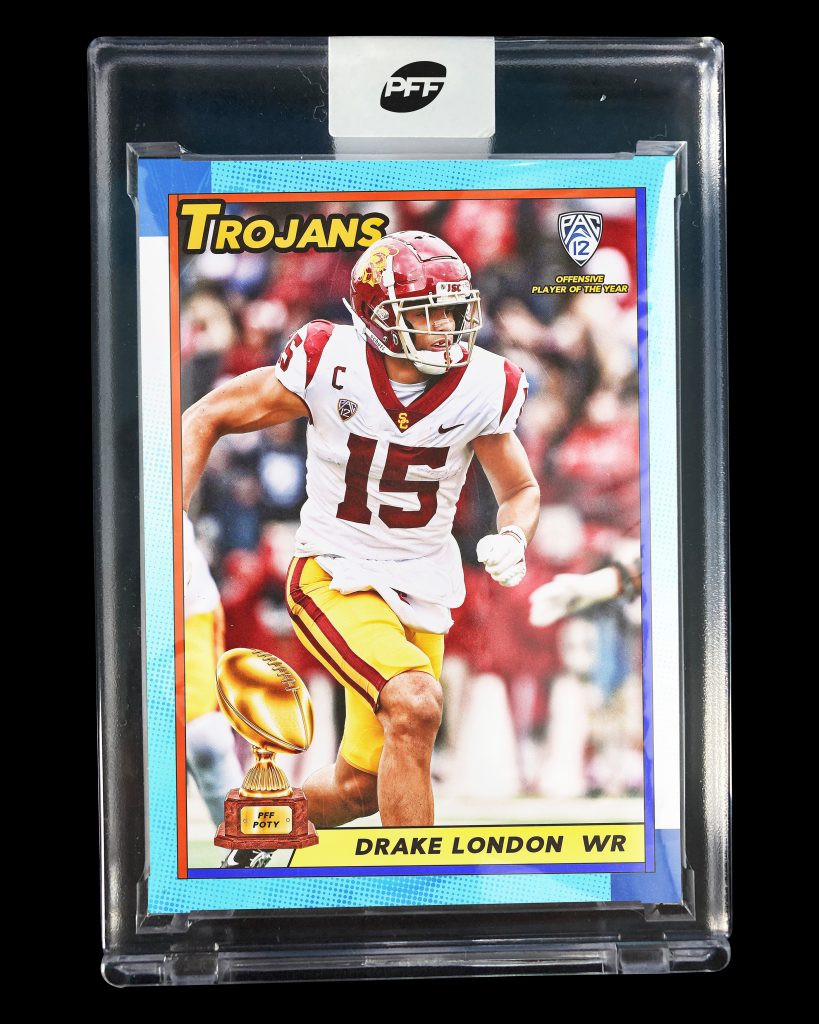 PAC-12 DEFENSIVE PLAYER OF THE YEAR

Thibodeaux was born to rush the passer. The 6-foot-5, 258-pound edge defender is a physical freak of nature and showed some refinement in his game as a true junior in 2021 to take his play to elite status.

Thibodeaux earned a 91.5 pass-rush grade in the regular season despite missing some time early due to injury. He was one of four Power Five edge defenders who posted a pass-rush win rate north of 30% on true pass-rush snaps (no screen pass, quick pass, play-action or RPO).

Thibodeaux’s dominance even forced teams to scheme away from him and remove any threat of him getting close to the quarterback when on the field, which shows the kind of impact he had on the Oregon defense. 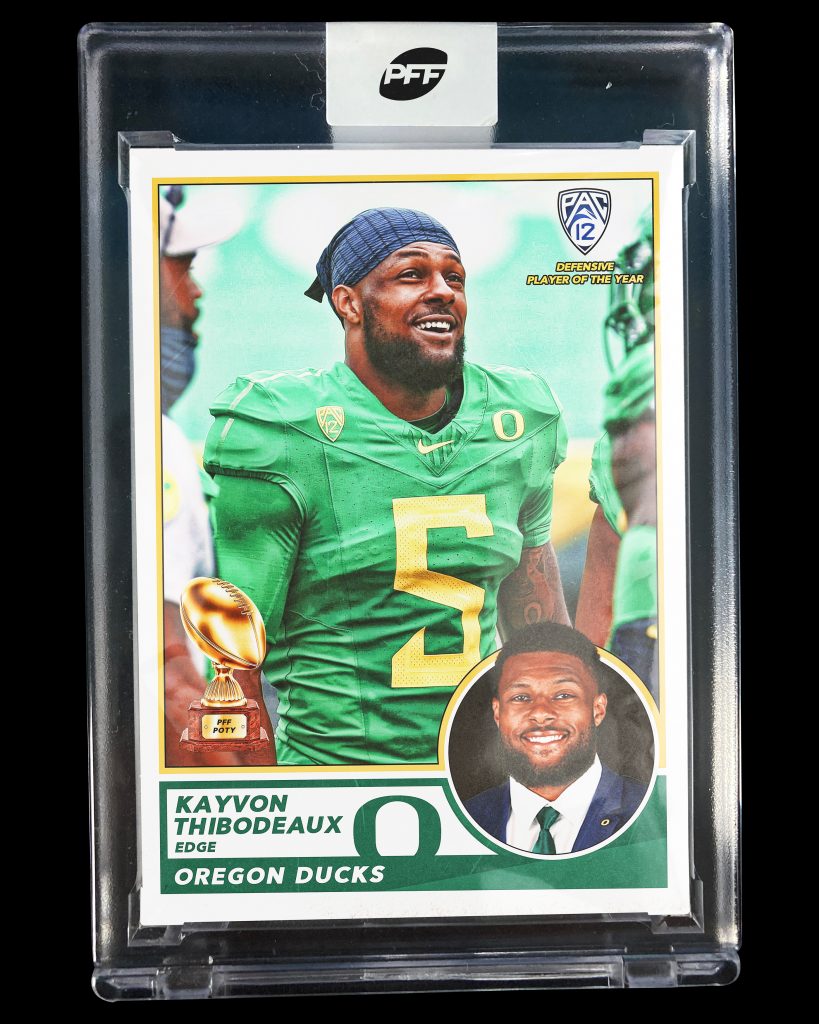