With the help of PFF grades and advanced statistics — which are now available to PFF’s CFB Premium Stats+ Subscribers — we present to you the 2021 Big Ten Offensive and Defensive Player of the Year and All-Big Ten teams.

Linderbaum has simply had one of the best collegiate careers we have seen from an offensive lineman in the PFF College era.

In just two years, the 6-foot-3, 290-pounder transitioned from a defensive tackle to the best offensive lineman in college football. He played both sides of the ball in high school and was recruited to play on the interior defensive line, where he logged 18 snaps in his first season. He then flipped to center for the 2019 campaign, where he started and recorded the fifth-best grade in the FBS at the position (81.7).

Linderbaum was the highest-graded center in the FBS a season ago and is on pace to do the same in 2021, as he owns a 95.3 PFF grade through regular-season play. Not only is that the best of the 2021 season, but it’s the best single-season mark from a Power Five center in PFF’s eight years of grading college football. 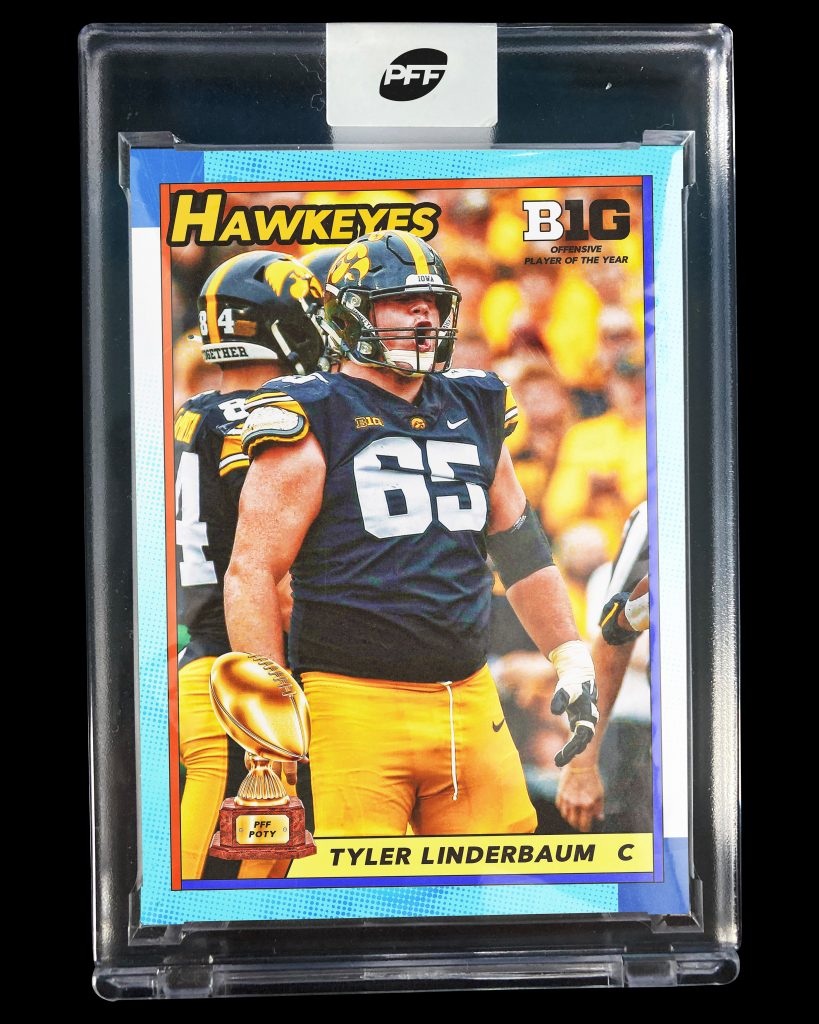 The only single-season performance that can come close to matching Aidan Hutchinson's outstanding 2021 season is Chase Young's 2019 season with the Ohio State Buckeyes.

Hutchinson earned an FBS-leading 93.7 PFF grade across his 12 games of action and capped it off with one of the most dominant outings of the PFF College era against arch-rival Ohio State. Hutchinson racked up 15 total pressures against the Buckeyes in Week 13, the most by any pass-rusher against a Power Five program in 2021. The 6-foot-6, 265-pound edge defender is the most advanced pass-rusher in the country and had to deal with double teams, constant chips and missed holding calls on the regular in 2021. Despite that, he still produced more pressure in the regular season than any Power Five edge defender in the last five years. 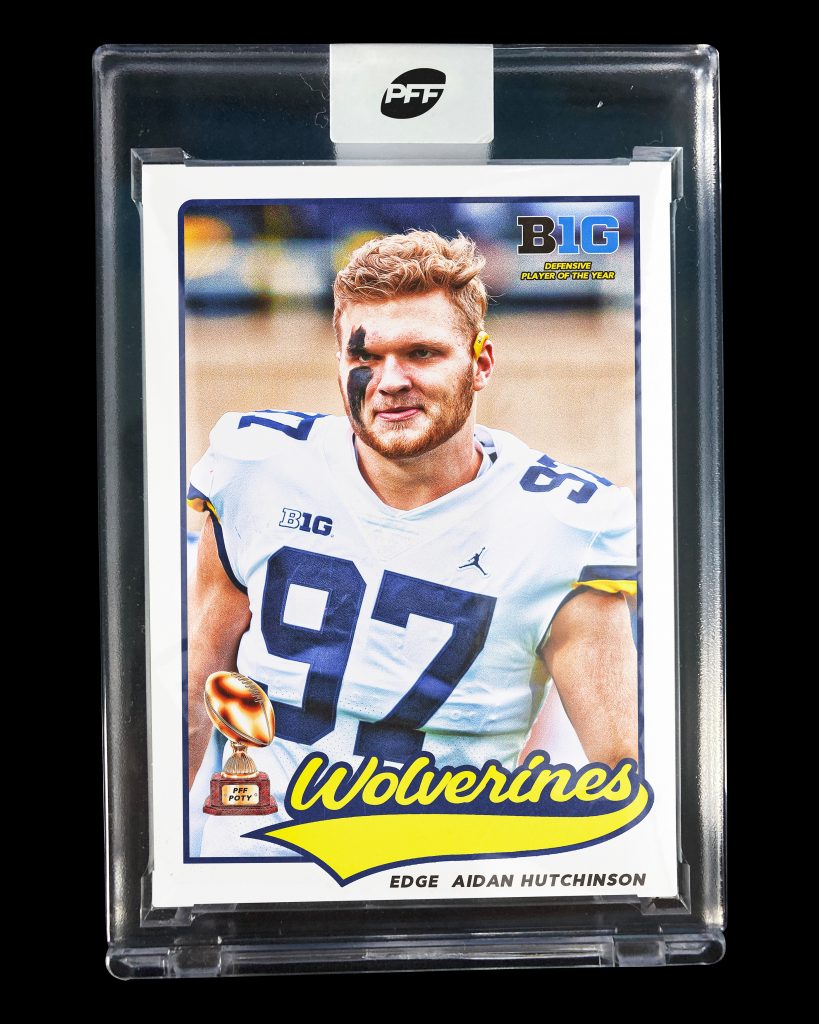