With the help of PFF grades and advanced statistics — which are now available to PFF’s CFB Premium Stats+ Subscribers — we present to you the 2021 Big 12 Offensive and Defensive Player of the Year and All-Big 12 teams.

BIG 12 OFFENSIVE PLAYER OF THE YEAR

Vaughn quietly earned a top-three PFF grade at the running back position this season (91.1). Between his work as a rusher and receiver, the 5-foot-6 jitterbug was responsible for 55 total plays that resulted in a gain of 10 or more yards, the second-most among Power Five running backs.

Vaughn's 93.0 rushing grade ranks first at the position, while his 79.7 receiving grade cracked the top 10. 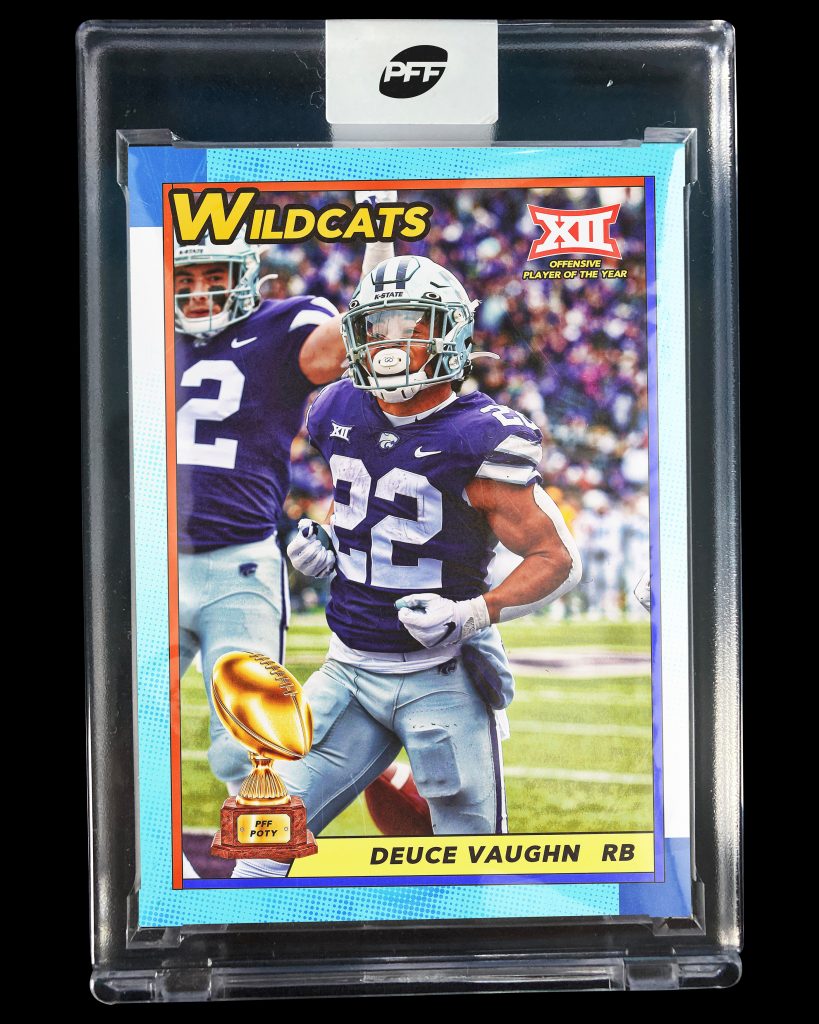 BIG 12 DEFENSIVE PLAYER OF THE YEAR

Bonitto's 93.6 pass-rush grade flew under the radar in the COVID-shortened 2020 season, but that elite level of production remained in 2021.

The Oklahoma edge defender earned a 92.4 pass-rush grade this regular season, the second-best mark in the Power Five behind only Aidan Hutchinson. He generated multiple pressures in every game he played, recording a pass-rush win rate above 18% in each contest. His 27.1% pass-rush win rate over the season ranks first among FBS players at the position. 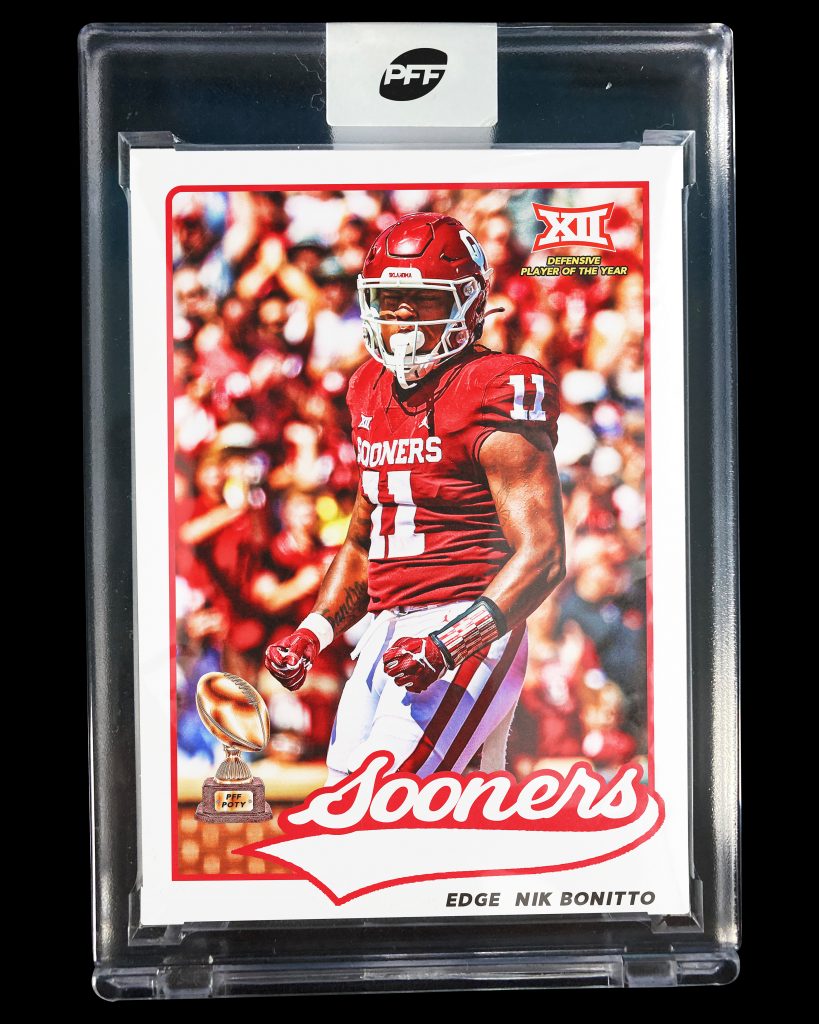