With the help of PFF grades and advanced statistics — which are now available to PFF’s CFB Premium Stats+ Subscribers — we present to you the 2021 AAC Offensive and Defensive Player of the Year and All-AAC teams.

AAC OFFENSIVE PLAYER OF THE YEAR

Ridder showed immense growth as the Bearcats’ starting quarterback this season, particularly down the stretch. He was a toolsy but inconsistent passer for Cincy in his first three years, putting up single-season PFF grades of 74.1 (2018), 72.2 (2019) and 76.3 (2020). This year, he developed his deep ball, his decision-making has been sharper and the tight-window accuracy has improved by leaps and bounds.

The Bearcats quarterback posted a 91.7 PFF grade in the 2021 regular season, with his four highest-graded games as a passer coming in his last four games. He’s thrown 24 big-time throws over 20-plus yards in 2021 while not recording a single turnover-worthy play on those same passes. 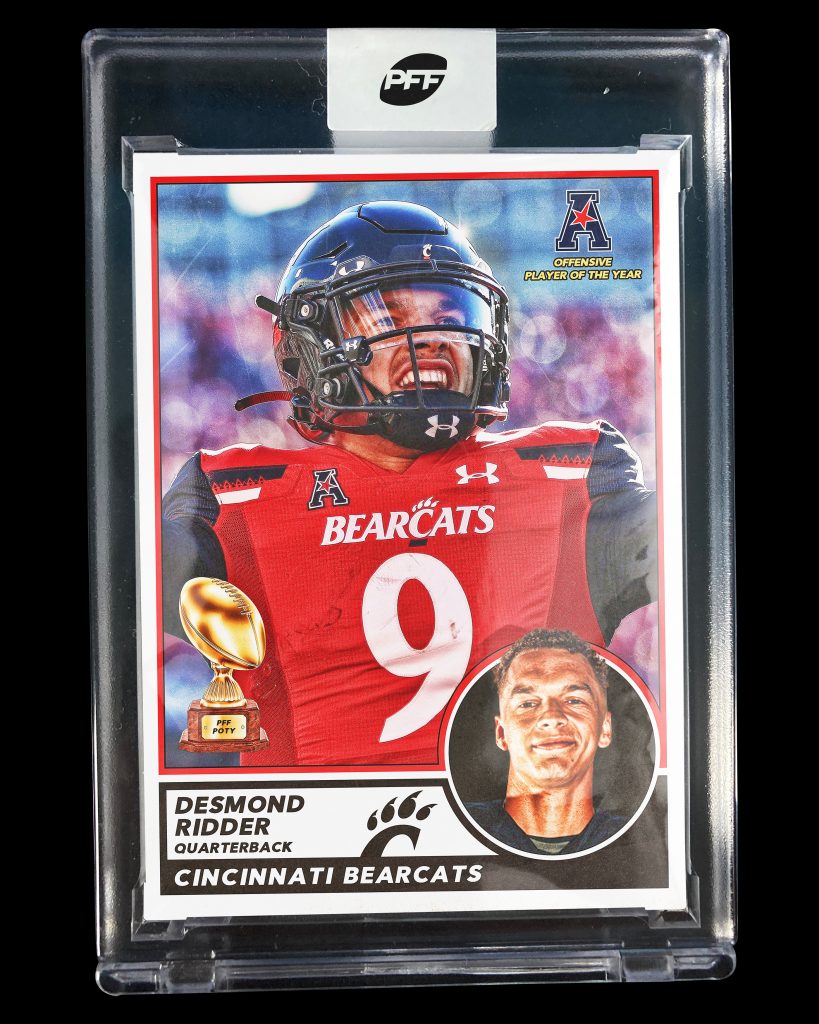 AAC DEFENSIVE PLAYER OF THE YEAR

The 6-foot-3, 200-pound corner used his length and physicality to his advantage, and opposing offenses largely decided to ignore him in coverage, targeting the player in his coverage just 2.7 times per game on average.

When they did throw the ball his way, it almost always netted negative results, as the opposition collectively generated a 20.8 passer rating on throws into Gardner's coverage. Throwing the ball in the grass every play would net a higher passer rating — that’s how good he is. 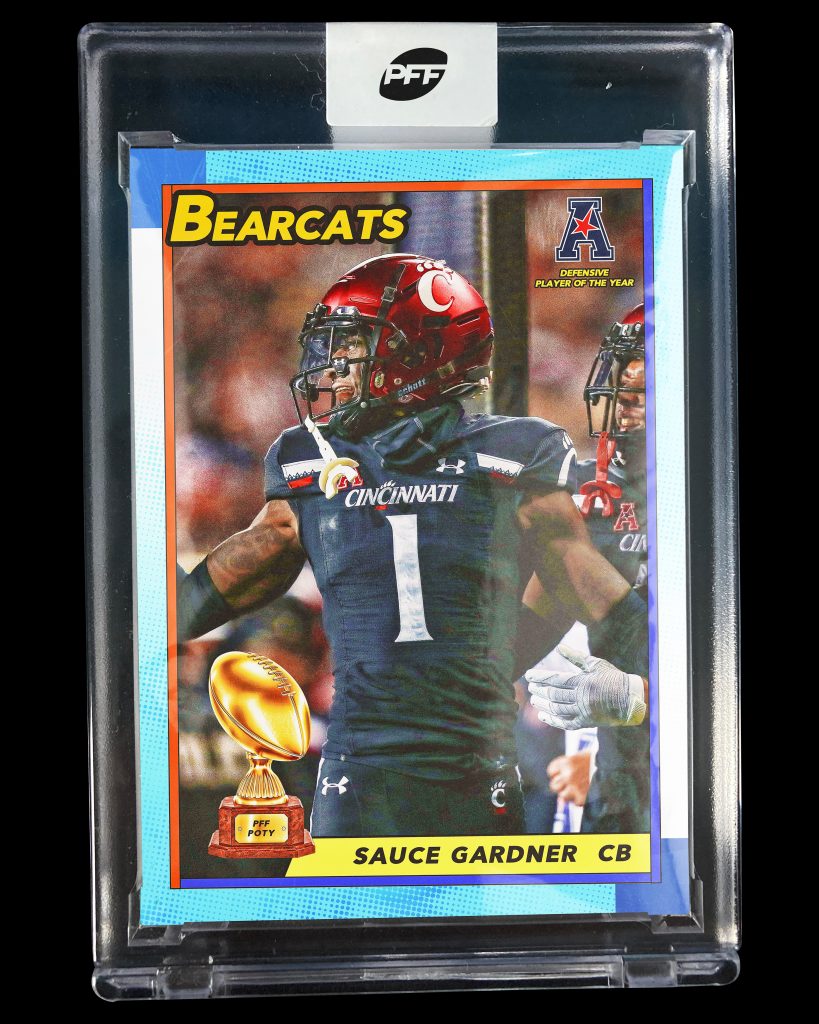