• Bet Saints RB Alvin Kamara u65.5 rush yards vs Rams: Kamara rushes for 5+ yards over expectation on only 4.5% of his carries this season.

• Kamara has been the NFL's least explosive rusher in 2022, trailing only Commanders rookie Brian Robinson Jr.

• Bet Giants QB Daniel Jones o34.5 rush yards vs Lions: Detroit has allowed the most QB rushing yards of any NFL defense this season, most recently 171 to Justin Fields.

Here are PFF staff best bets in the early-Sunday window in Week 11: 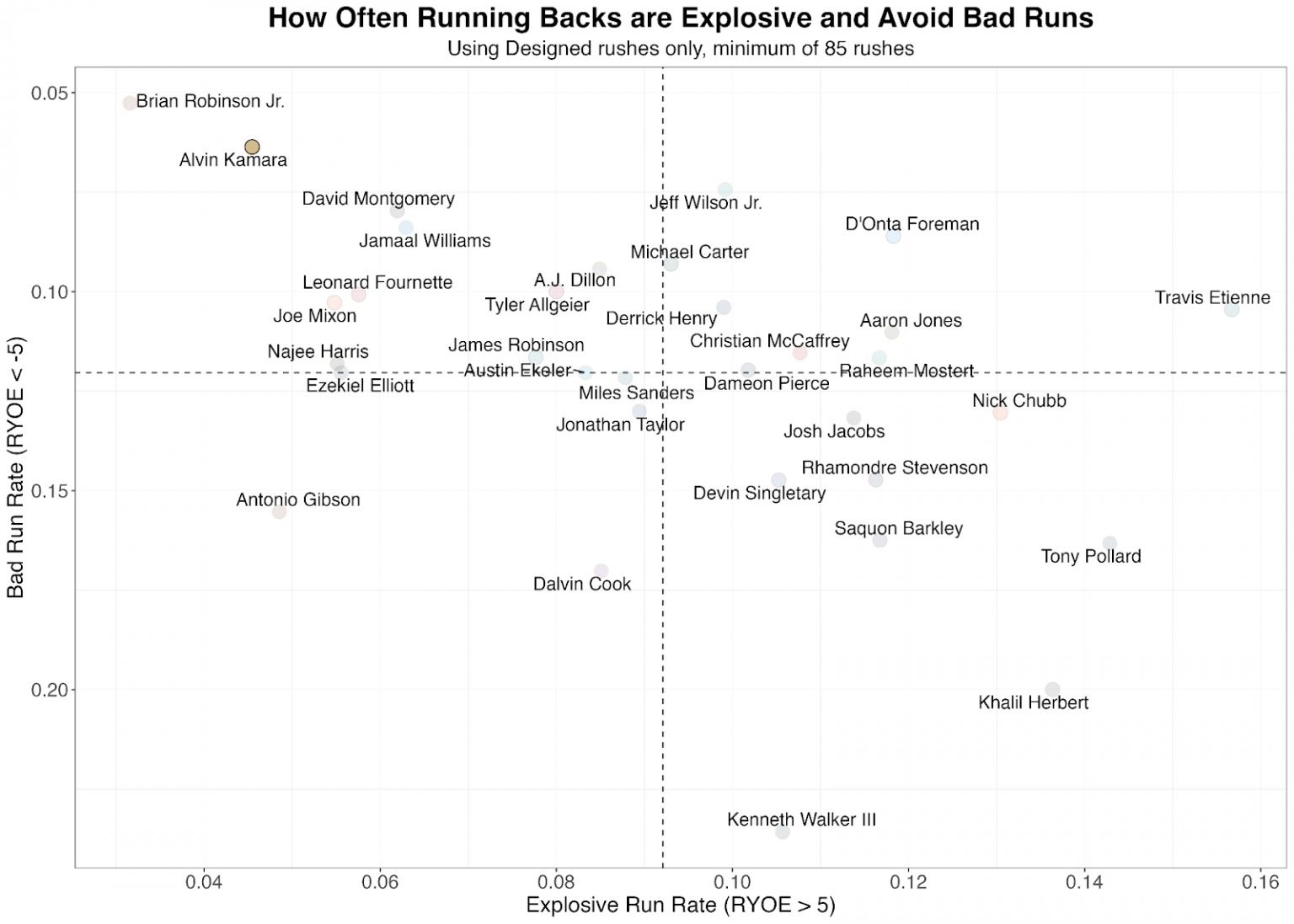 • Kamara Hasn’t Been Explosive: The NFL's second-least explosive rusher this season, only ahead of Washington Commanders running back Brian Robinson Jr., Kamara rushes for 5+ yards above expectation on 4.5% of his attempts.

• Letdown spot: Covering in five straight, including beating the perceived best team in football on primetime, Washington now travels to face the worst team in the NFL on a short week. This is the definition of a letdown spot, and my numbers support the notion that Washington is being overvalued.

• The  Falcons place 31st in EPA per rush allowed on the season, fresh off getting trampled over by Panthers running back D’Onta Foreman to the tune of 130 yards on Thursday Night. Atlanta hasn’t faced a mobile quarterback in the same stratosphere as Fields yet this season, and Fields has also made strides as a passer over the past month that at least put him on par with Falcons quarterback Marcus Mariota.

The Falcons split carries a little more last week when they were down by multiple scores for most of the game, but Tyler Allgeier still had the most carries of any of the backs and he is still going to be RB 1b to Cordarrelle Patterson going forward. The Bears defense has coped well enough with the losses of Roquan Smith and Robert Quinn, keeping the rushing totals low against the Miami Dolphins and Detroit Lions, but ultimately this line is at least a few yards too low for a running back who is likely to carry to ball 10 times. 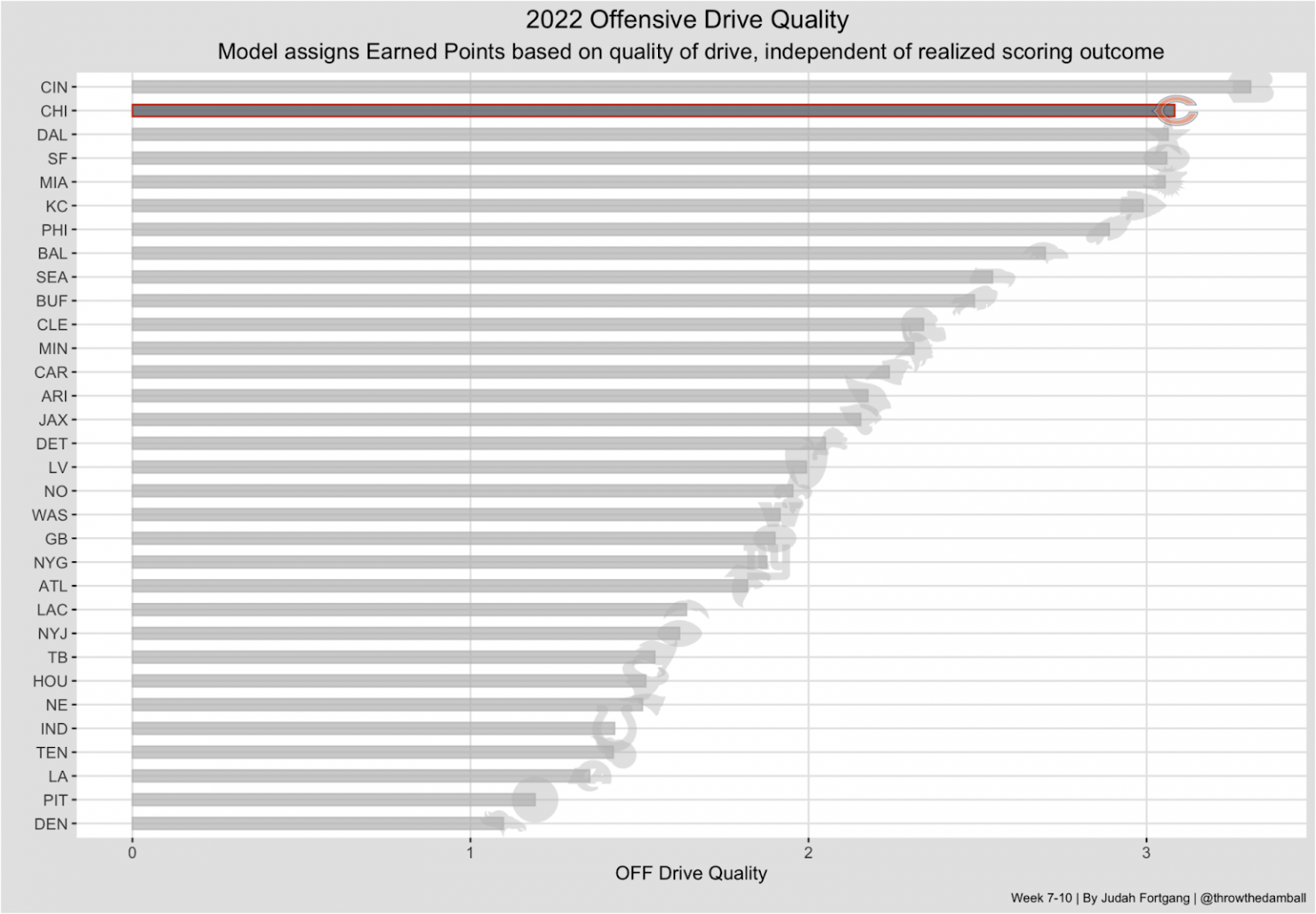 • While the market is slow to buy Justin Fields because it is a small sample size, that is precisely our source of value, understanding the change is not variance — as spikes in production can often be — but refers to a fundamental shift in the way the Bears' offense is designed and run. 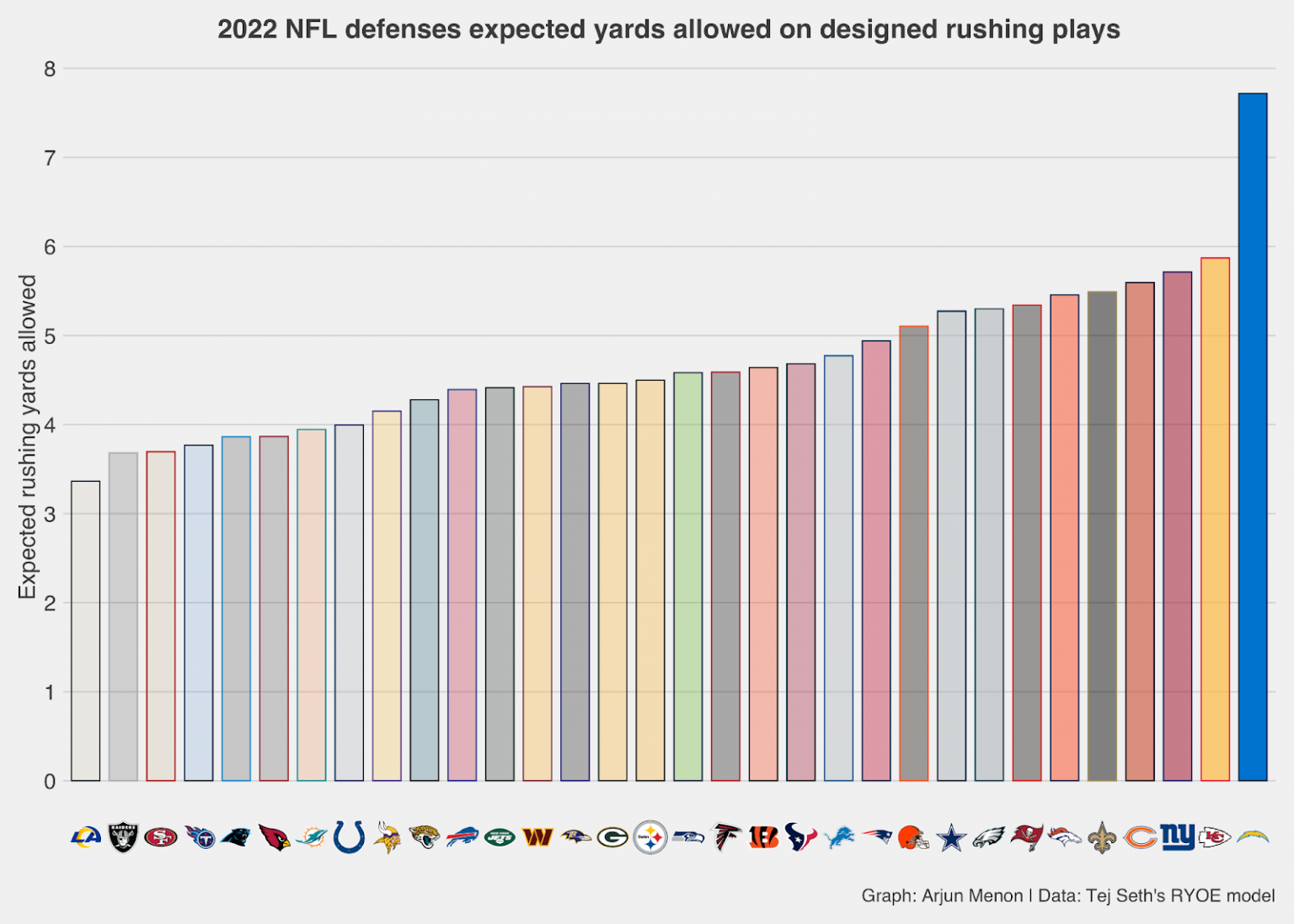 • Six opposing QBs have hit their rushing prop vs Lions: Detroit has been getting absolutely torched by QB rushing yards this season, allowing the most of any defense in the NFL. Justin Fields ran for 141 yards, Aaron Rodgers ran for 41 yards, and Geno Smith ran for 49 yards.