• Bet Saints RB Alvin Kamara u65.5 vs Rams: Kamara rushes for 5+ yards above expectation on only 4.5% of his carries, trailing only Washington's Brian Robinson among qualifying NFL backs.

In the past seven weeks, our rushing-yardage prop bets based on rushing yards over expected are 18-6 (+10.1 units), including 16 unders in 24 total bets. As PFF’s Ben Brown details in his midseason player-prop performance review, rushing yard unders cash more regularly than rushing yard overs. In this article, 2 unders and 1 over will be given out to maximize profits, but the over should be placed with more caution than the unders. 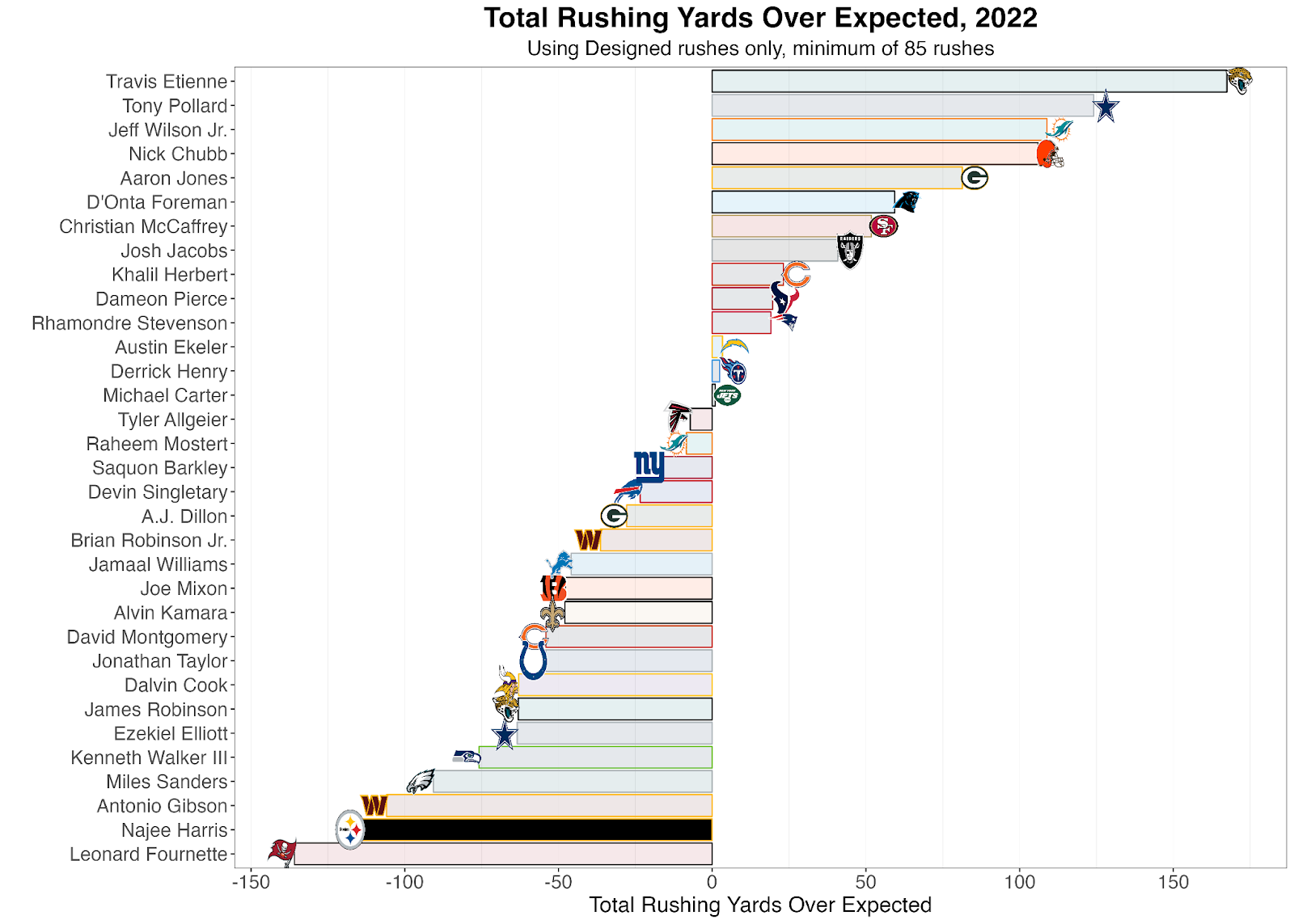 • Harris Has Been Struggling This Season: Among running backs with 85+ carries, the Steelers' Najee Harris has the 2nd-fewest rushing yards over expected (RYOE) this season and is averaging a -0.90 RYOE per rush. In his best game of the season Sunday, Harris only added 4 RYOE to his total on the year.

• The Game Script Probably Isn’t Advantageous: The Steelers are 4.5-point underdogs, so they're expected to trail in a decent amount of the game and will probably be passing. This means Harris won’t be able to get the 20 rushes he handled last week. 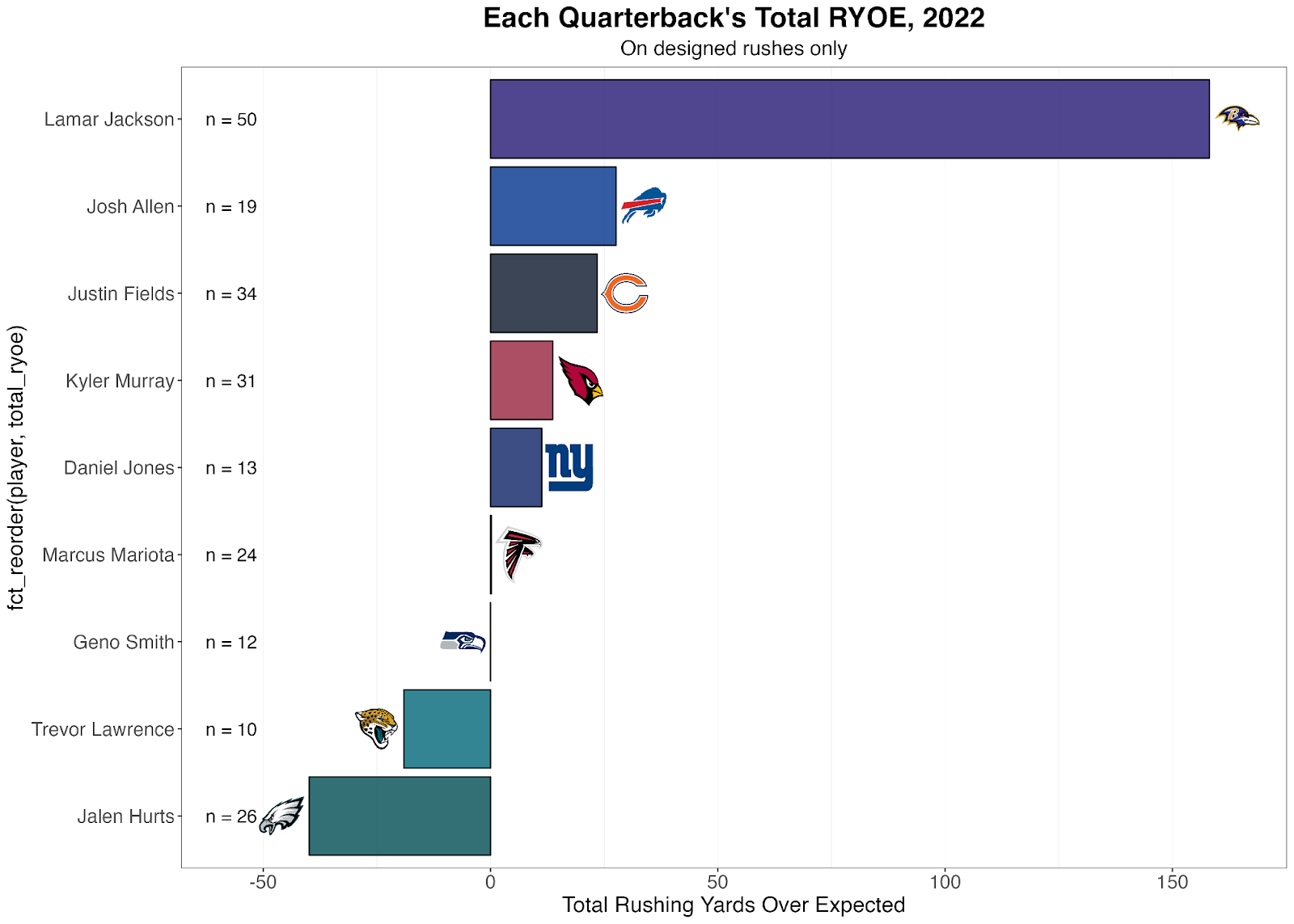 • Lamar is the Best Rushing Quarterback: This season and every season since becoming the Ravens' full-time starter, Lamar Jackson leads all quarterbacks in rushing yards over expected on designed rushes. He is again showing how dangerous he is as a rusher and scrambler this year.

• Panthers Run Defense is Susceptible to Quarterbacks: Last week against the Atlanta Falcons, the Panthers gave up 43 yards on only 3 attempts to Marcus Mariota. Jackson should rush more often than Mariota and will be able to take over the game as the Ravens probably jump out to a lead and will want to control the ball. 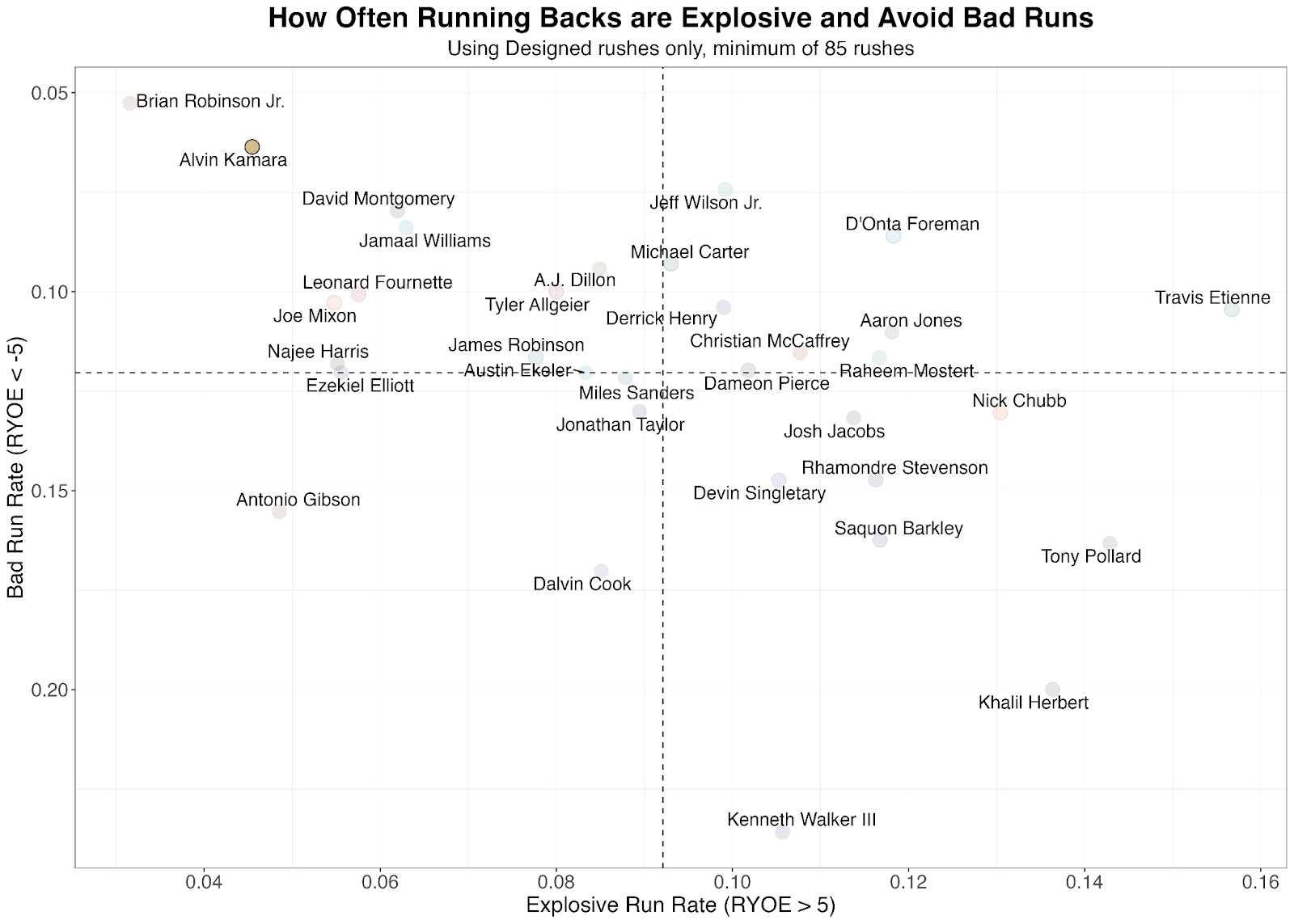 • Kamara Hasn’t Been Explosive: The NFL's second-least explosive rusher this season, only ahead of Washington Commanders running back Brian Robinson Jr., Kamara rushes for 5+ yards above expectation on 4.5% of his attempts.