• Best CPT Values: D.K. Metcalf and Rashaad Penny project as the best values in the CPT spot, with popular choices like Russell Wilson and Javonte Williams being over-rostered.

• FLEX Options: In the FLEX spots, Geno Smith and the Seattle Seahawks defense should have positive leverage on the field.

• Top FLEX Pairings: The best FLEX pairing for Metcalf as the CPT is his quarterback Smith, while if you roster Penny as CPT, you’ll want to have opposing quarterback Russell Wilson in one of the FLEX spots.

The spread and over/under are similar in these matchups (Seahawks -3, 48.5 O/U versus this matchup at Broncos -6.5, 44 O/U). All the players aren’t perfect matches, but that’s why we use 100 similar matchups and not just the single most similar. 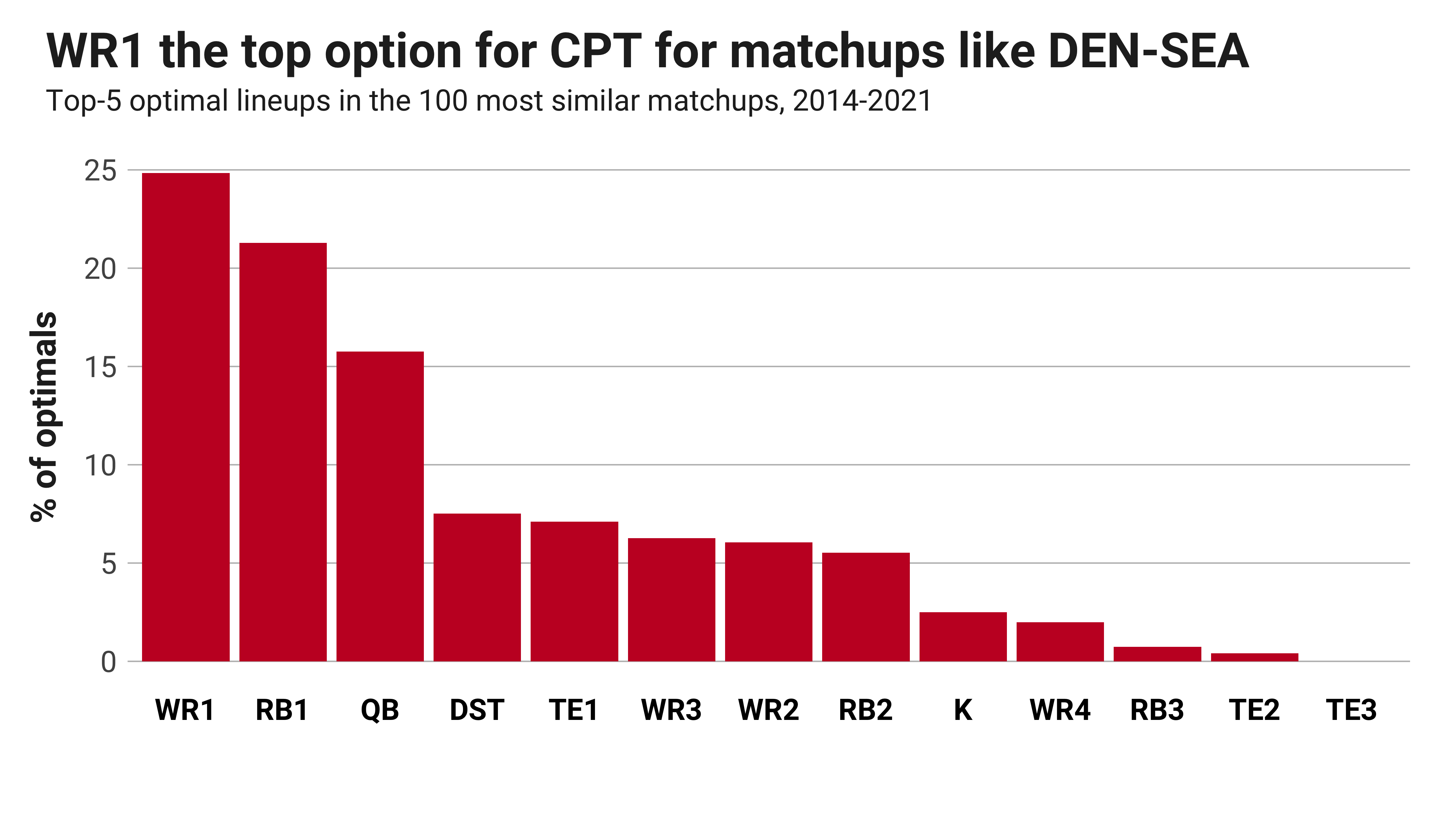 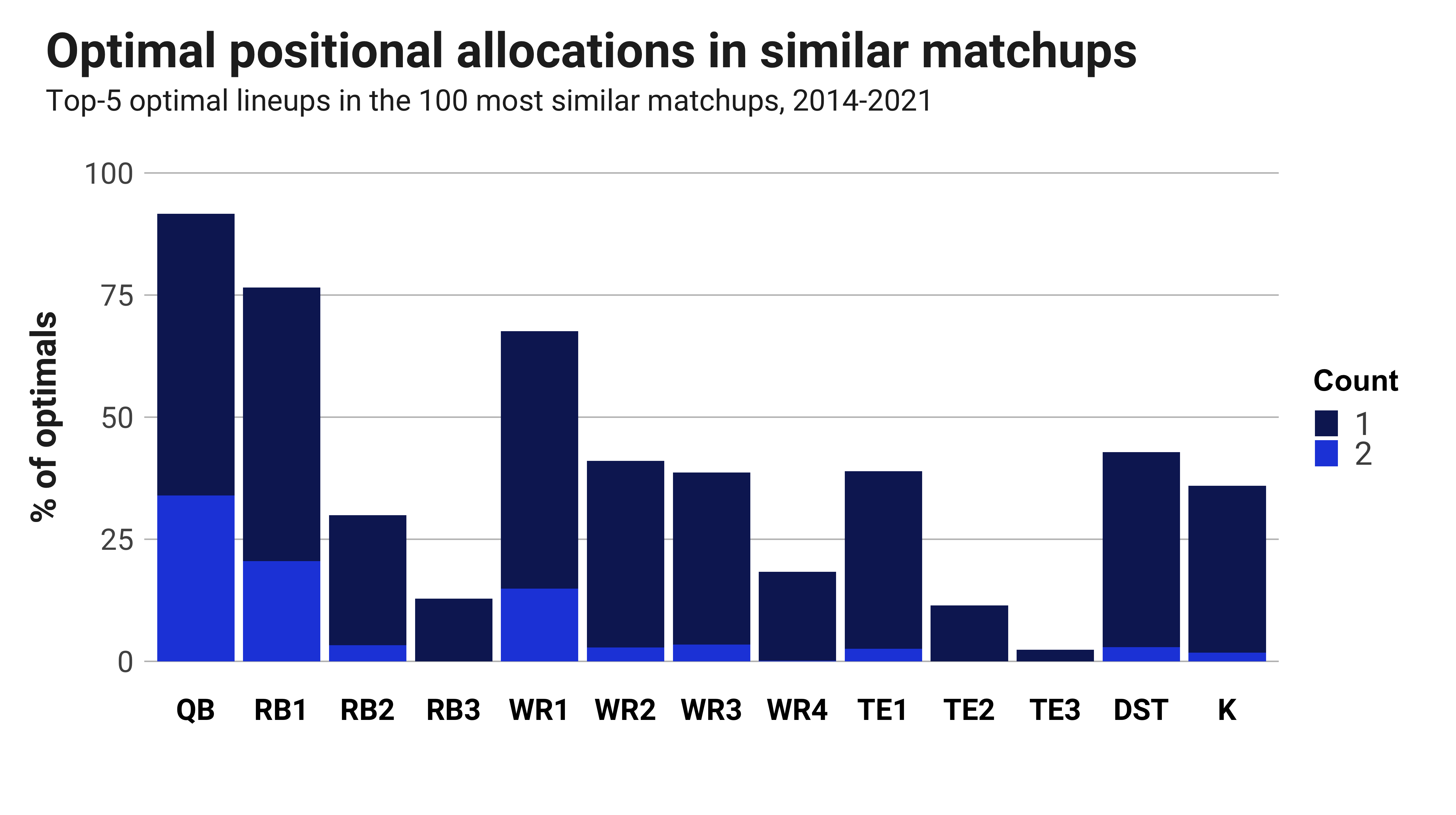 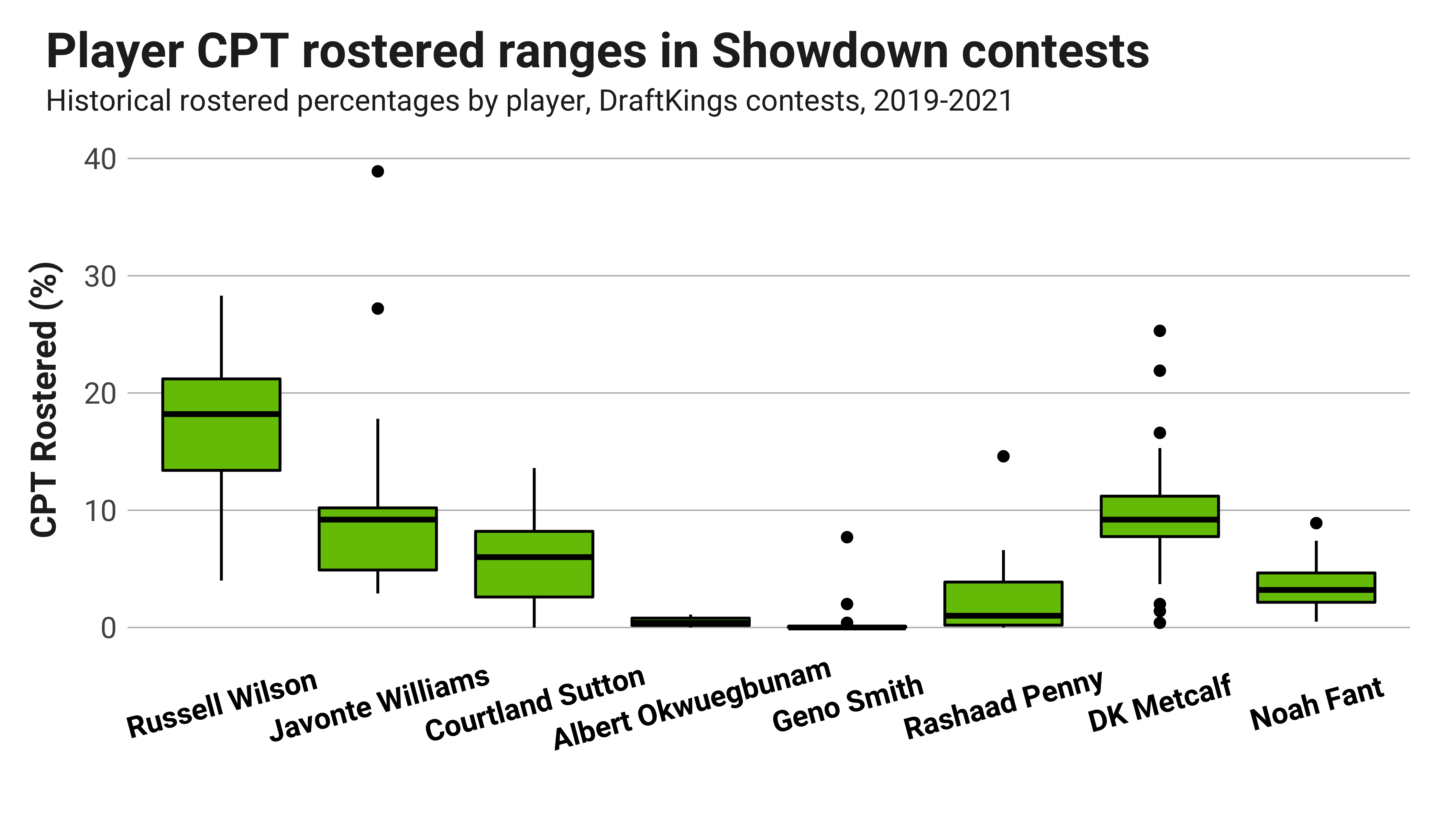