With another week behind us, and some more fresh stats to analyze, I’m here to help you with your toughest fantasy football start/sit decisions of the week for Week 7.

Among running backs, Fournette ranks second in snaps (365), third in carries (115), and sixth in targets (35). He ranks second among all players in XFP per game (18.7), but just ninth in actual fantasy points per game (18.2). This is partly due to a tough schedule to start the year, and with unideal gamescript, but that should begin to change, and starting with this week’s matchup against the Bengals. Cincinnati has allowed the most fantasy points per game to opposing running backs, and by a wide margin (47% more than the league average rate). They rank third-worst in yards allowed per carry (5.06), and second-worst in both rushing and receiving fantasy points allowed. As 3.0-point favorites in a dream matchup, Fournette should be valued as a top-three option this week. 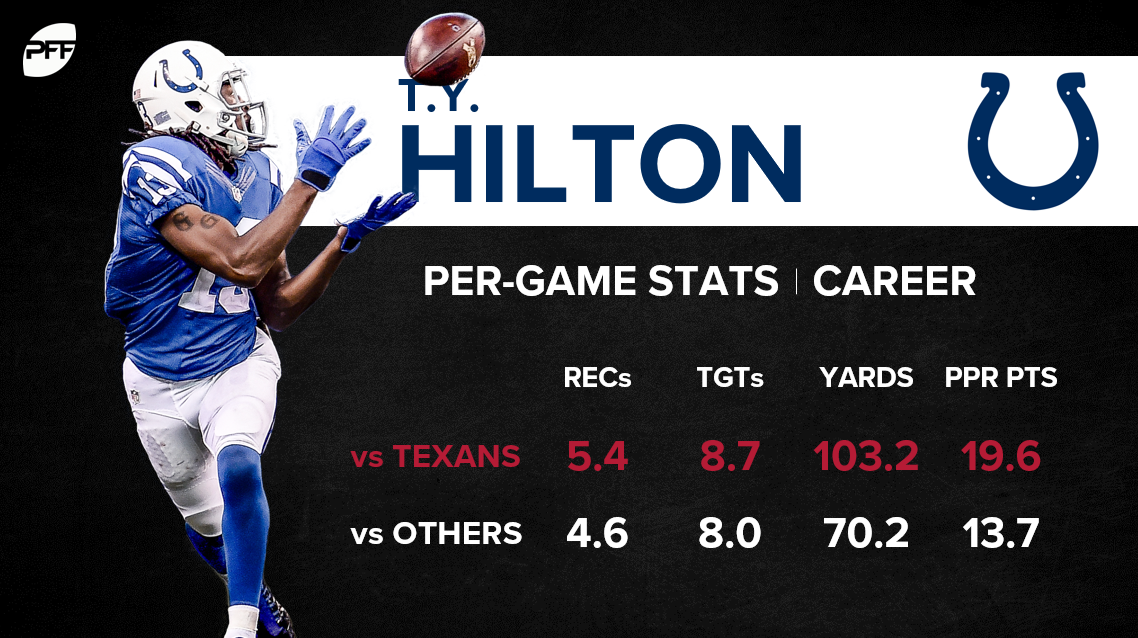 Everything about this matchup is brutal for Anderson. New England’s secondary has seen the most deep passes this year, but they’ve allowed the fifth-fewest fantasy points on deep passes. Keep in mind, 44% of Anderson’s fantasy points have come on deep passes. Per our WR/CB matchup chart, Anderson will also draw shadow coverage from potentially the league’s best cornerback — Stephon Gilmore. Gilmore has helped hold Anderson under 25 yards in each of their last four meetings. He’s an easy bench this week.

Last week, in a three-way committee, Coleman was granted 18 of 35 carries, three of seven targets, 16 of 29 routes, and all eight of the team’s running back opportunities inside the 20-yard line. As a percentage it’s not that impressive, but in terms of raw volume, he ranked behind only Ezekiel Elliott in XFP (24.2). He should see similarly good volume, and even better production this week — San Francisco is favored by 10.0, and Washington is giving up the third-most schedule-adjusted fantasy points per game to opposing running backs. I’d start Coleman as a high-end RB2.

Chark flopped in a tough matchup last week but still ranks fifth in fantasy points per game (18.8). I have some reservations with Chark long-term — he ranks just 29th in XFP per game (12.8) — but he’s an easy must-start this week, against a Cincinnati defense that will be without its two starting perimeter cornerbacks.

Although Engram is the clear No. 1 tight end play of the week, Andrews isn’t too far behind. Despite battling injuries, Andrews has seen between seven and nine targets in all six games this year. This week he gets a Seattle defense that’s given up the second-most schedule-adjusted fantasy points per game to opposing tight ends.

Throughout his 15-game career, Darnold averages 18.8 fantasy points per game at home, only 9.6 on the road. And, well, he's at home this week. That’s the good news, which is still vastly outweighed by the bad. New England is giving up a league-best 5.5 fantasy points per game to opposing quarterbacks. Their 42.6 opposing passer rating leads the league and would be the best mark in over 15 years. 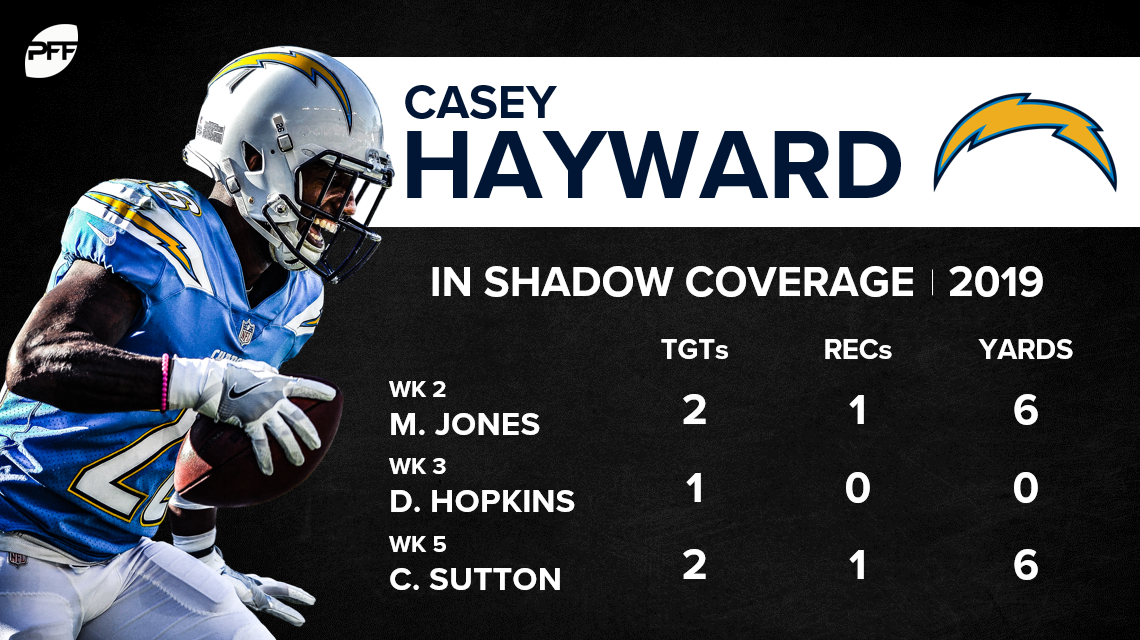 With a new quarterback under center, things are looking up for Davis long-term. But not in the short-term. We’re expecting Casey Hayward — our No. 1 graded cornerback since 2017 — to shadow Davis this week. Davis was held to just 10 yards on seven targets when these two teams faced off last year. This season, Hayward has held Marvin Jones, DeAndre Hopkins, and Courtland Sutton to a combined 3.2 fantasy points.

In a perfect Week 6 matchup, Peterson turned 25 touches into 136 yards. This week, he gets a worst possible matchup, as 10-point underdogs against a 49ers defense that has given up the fewest fantasy points per game to opposing running backs.

In each of Darnold's two starts, Crowder led the team in XFP. He averages 18.8 XFP in these games, which, for perspective, would lead the position. Although he’s seeing terrific volume, he still has a brutal on-paper matchup against a Patriots defense that has given up the second-fewest fantasy points per game to enemy wide receivers. It’s true that the Patriots are a tough matchup on the whole, but they’re most vulnerable to slot wide receivers. In terms of fantasy points, 32% of the receiving production they’ve allowed has gone to slot wide receivers, which ranks third-most among all defenses. Expect heavy volume for Crowder again this week, and enough to make him worthy of a start as a mid-range WR3.

In typical Gore fashion, he hasn't done much to write home about, but he has been dependable, recording at least 16 touches and 65 yards in each of his last four games. In a dream matchup this week, he should be started as a borderline-RB2. The Dolphins are giving up the most rushing fantasy points per game to opposing running backs (21.0), along with 4.81 yards per carry (sixth-most). Gore is also the team’s primary goal-line back — handling all six of the team’s running back opportunities inside the 5-yard line — which should come in handy this week. Buffalo has an implied point total of 28.5, tied for most on the week, and their highest since 2000. Favored by 17.0, we also shouldn’t see too much of scatback Devin Singletary.

If looking for a Week 7 streamer, consider Jones, who jumps from QB27 in my rankings last week to QB12 this week. After back-to-back tough matchups, Jones gets a near-perfect matchup this week, and this time with at least some of Evan Engram, Sterling Shepard, and Saquon Barkley on the field. Arizona is giving up the most fantasy points per game to opposing quarterbacks, while also ranking second-worst in opposing passer rating (121.8).

Tate has scored at least 11.0 fantasy points in three of his last four games. Over this span, Tate totals 55.5 XFP (13.9 per game), which ranks ninth-most among all wide receivers and just 4.3 XFP behind Tyler Boyd. Boyd gets another tough matchup this week, against a Jaguars defense that has ranked top-10 in fantasy points per game allowed to slot wide receivers in each of the last three seasons. This should help funnel more work towards Tate, like it did last week, to the tune of 12 targets and 91 yards. With A.J. Green still out, consider Tate a borderline WR3 against the Jalen Ramsey-less Jaguars.