With another week behind us, and some more fresh stats to analyze, I’m here to help you with your toughest fantasy football start/sit decisions of the week for Week 13.

Adams has seen double-digit targets in four straight games and over the last month of the season ranks third among all wide receivers in XFP per game (21.2). Although Adams’ production has seemingly been all over the map, it’s actually been quite predictable. Against top-seven defenses (by fantasy points per game allowed to wide receivers), Adams averages just 44.0 yards per game. In his other three games — all against defenses ranking bottom-10 — Adams averages a whopping 134.7 yards per game. That means Adams needs to be valued as a top-five wide receiver this week — the Giants are giving up the second-most fantasy points per game to opposing wide receivers.

Over the last month, Ertz is averaging 23.6 fantasy points per game and 18.9 XFP per game. Those numbers easily lead the position, and rank second- and fourth-best, respectively, among all pass-catchers. Expect this trend to continue in Week 13 against Miami’s league-worst pass defense.

After busting in a dream matchup last week, Williams now draws a worst possible matchup against the Chiefs — Kansas City leads all defenses in fantasy points allowed to outside wide receivers. However, Kansas City has given up the fifth-most fantasy points and the most targets to opposing tight ends. So, while you should leave Williams on your bench, you can expect a big game from Darren Waller.

Mixon has now seen 18 or more opportunities while exceeding 75 total yards in four straight games. That’s the good news. The bad news is, he’s still someone you’d want to bench in shallower leagues. The Jets have surrendered the third-fewest rushing yards per game to opposing running backs (64.6) while also ranking best in yards per carry allowed (3.01). 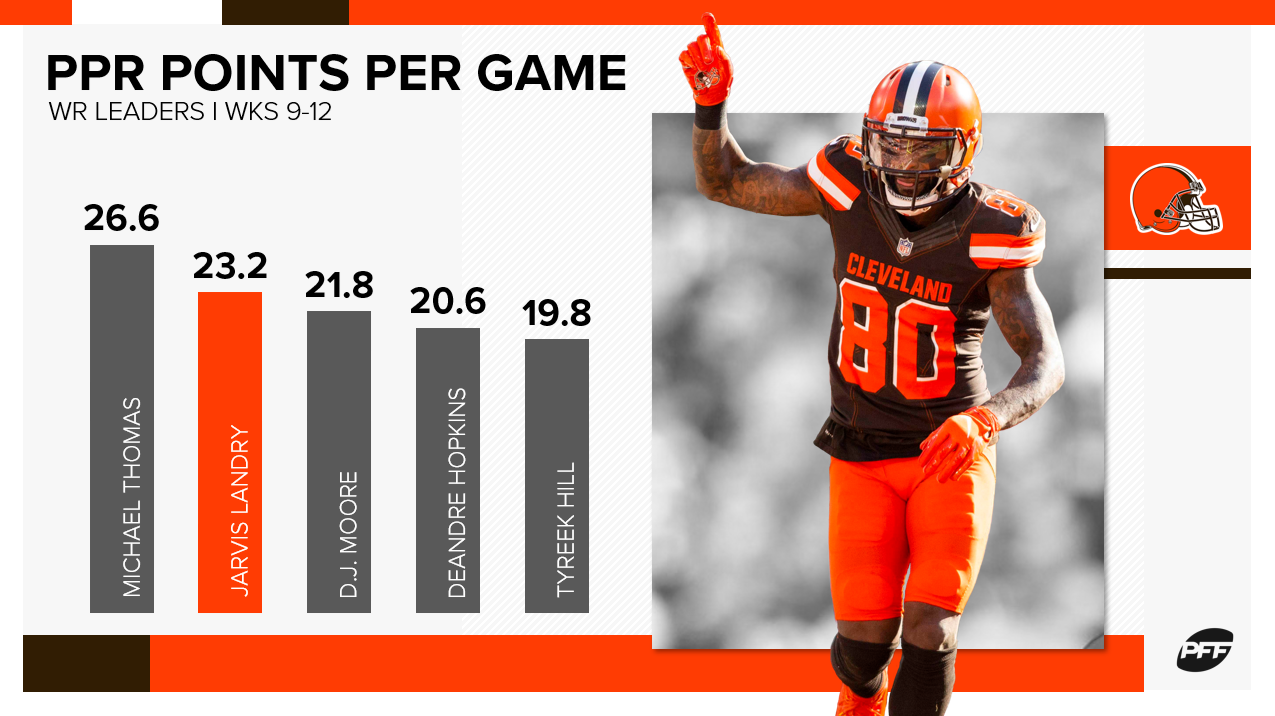 Since Week 9, Landry leads all wide receivers in fantasy points, averaging 23.2 per game, and ranks second in targets (43). Keep in mind, one of these games came against the Steelers, who have given up 18.2 fantasy points per game (fourth-most) and 32% of their total receiving fantasy points allowed to opposing slot wide receivers (most). Landry should be viewed as a high-end WR2 this week.

Since Week 4, Parker ranks 20th among wide receivers in fantasy points per game (15.1), sandwiched in between Amari Cooper (15.4) and Tyler Lockett (15.0). Since Week 10 he ranks seventh in XFP, with a low of just 15.7 over this span. He’s a rock-solid WR2 this week, in a near-perfect matchup — for the third consecutive season, Philadelphia is giving up the most fantasy points per game to opposing outside wide receivers.

Among all wide receivers, Sutton ranks top-five in market share and top-10 in PFF grade. Even so, he’s a shaky start this week. He’ll go against Casey Hayward — our highest-graded cornerback since 2017 — in shadow coverage catching passes from either Brandon Allen or Drew Lock.

How did we get here? I have no idea — but Johnson is no longer startable in any league. Since Week 7 he totals just 12 yards on seven touches.

After a big Week 12 (20.1 fantasy points), Boyd owners get more good news in the return of Andy Dalton. Prior to Dalton’s benching, Boyd was producing like a mid-range WR3 (13.9) on low-end WR1 volume (16.0). That sort of volume should go a long way this week, as the Jets are giving up the second-most fantasy points per game to wide receivers on short passes, while also ranking eighth-worst against opposing WR1s.

Since Marlon Mack’s injury, Williams totals 36 carries, four targets, 230 yards, and a score. Keep in mind, this is all in less than two full games of work. Over this span he’s played on 67% of the team’s snaps while drawing 74% of the team’s touches out of the backfield. In a neutral matchup with favorable gamescript, he needs to be started as a mid-range RB2. 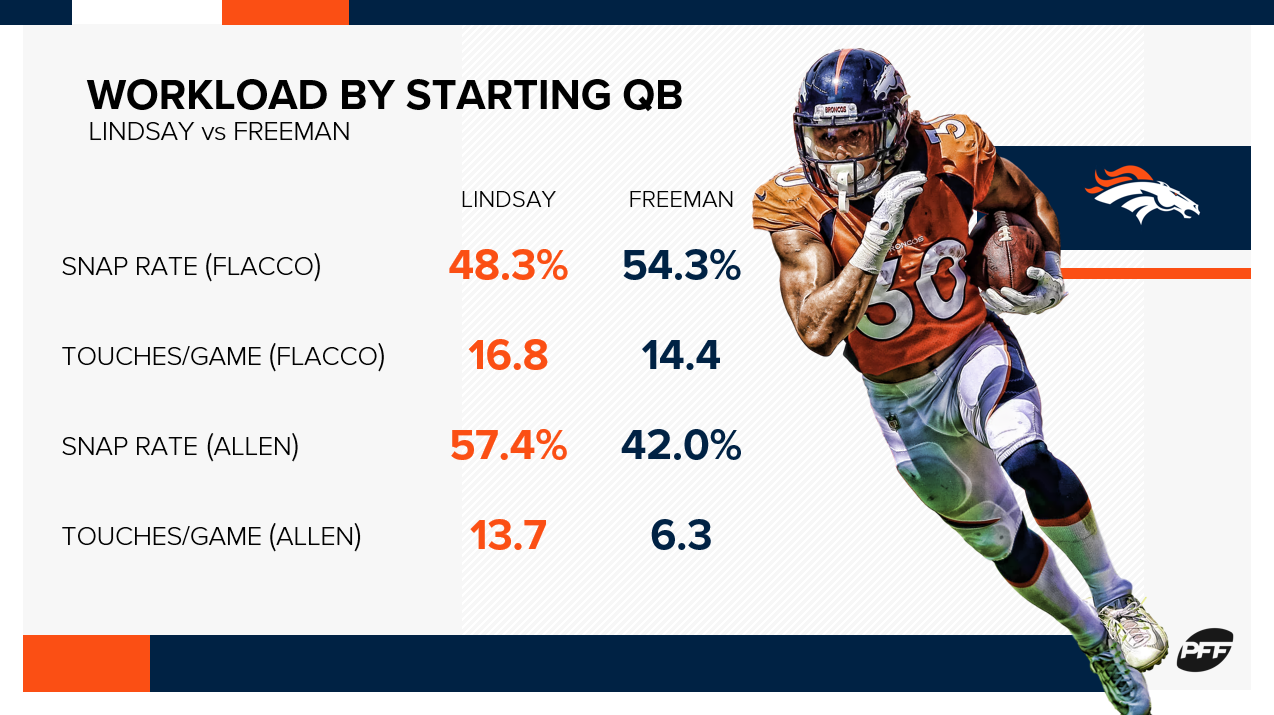 The downside with Lindsay is that Denver’s offense is a disaster. The upside is, the matchup is strong and Denver is starting to move away from a two-way committee in order to give Lindsay more work. The Chargers rank sixth-worst in schedule-adjusted fantasy points per game allowed to opposing running backs. Since Week 9 Lindsay has out-touched Royce Freeman 41 to 19 and out-gained him 235 to 88. Still, he’s just a mid-range RB2 this week.