• Amon-Ra St. Brown leads the Lions: The Lions' receiving corps was the healthiest it has been in months, but that didn’t stop St. Brown from recording his third 100-yard game of the season.

• Isaiah McKenzie’s best game of the season: He scored his fourth touchdown of the year and gained over 100 yards for the first time this season. 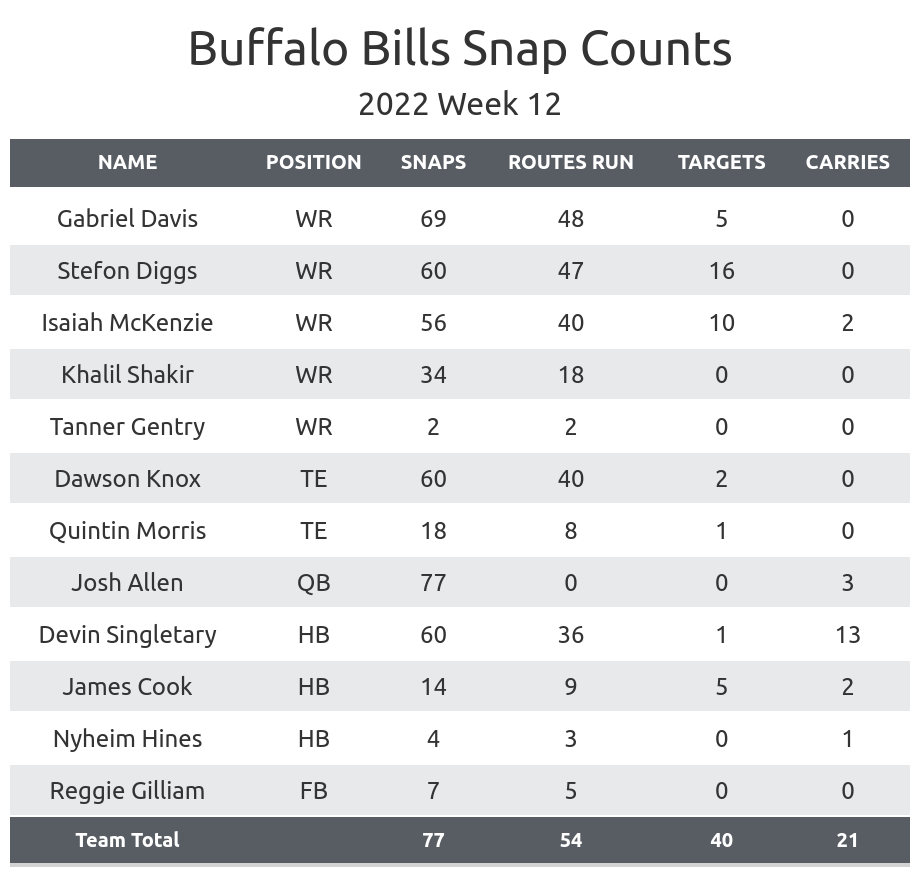 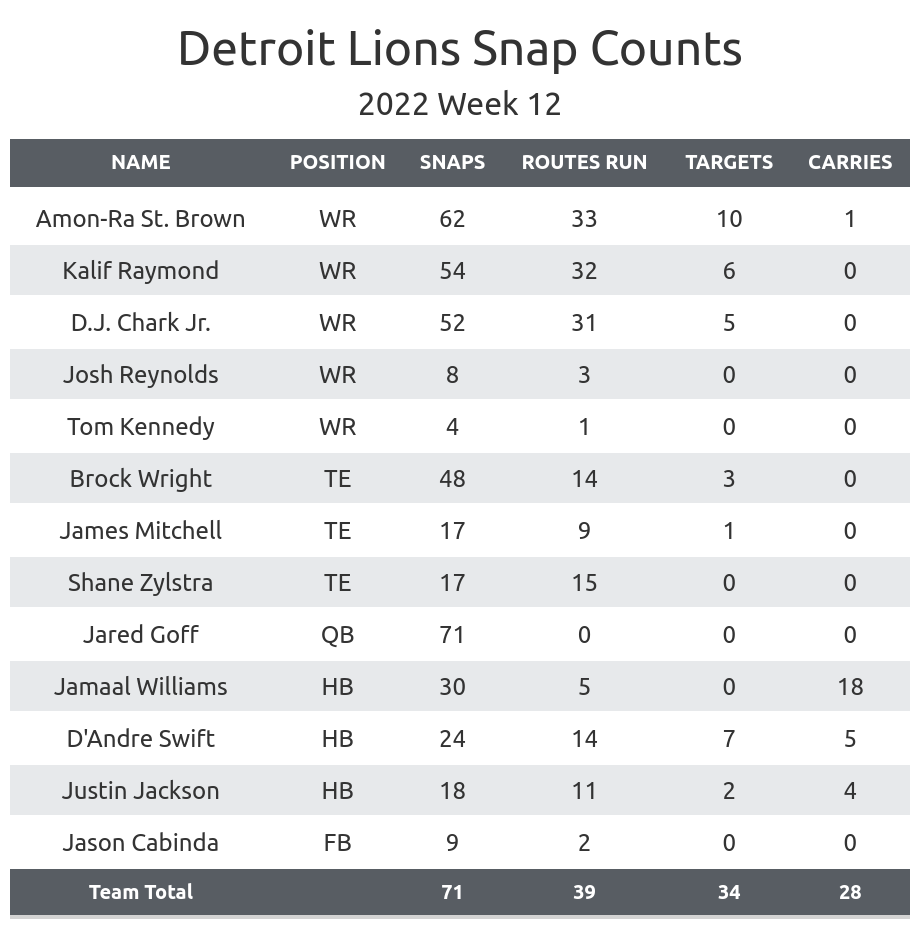 The Lions are getting healthier at wide receiver: The Lions had their top-three veteran wide receivers active for the first time since September. 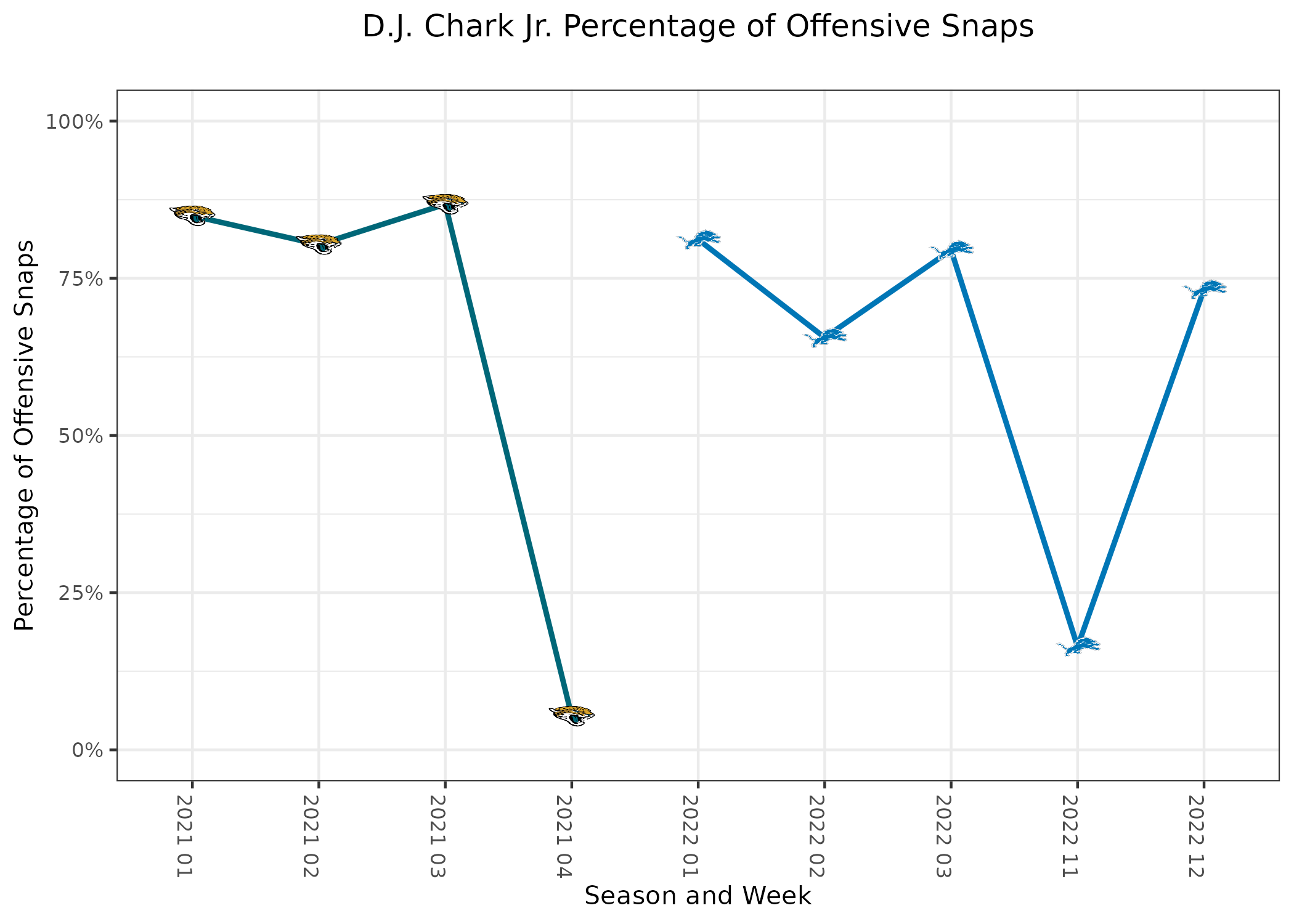 D’Andre Swift slowly trending up: Swift still isn’t playing as much as expected, but his playing time is trending in the right direction even if his touches aren’t. 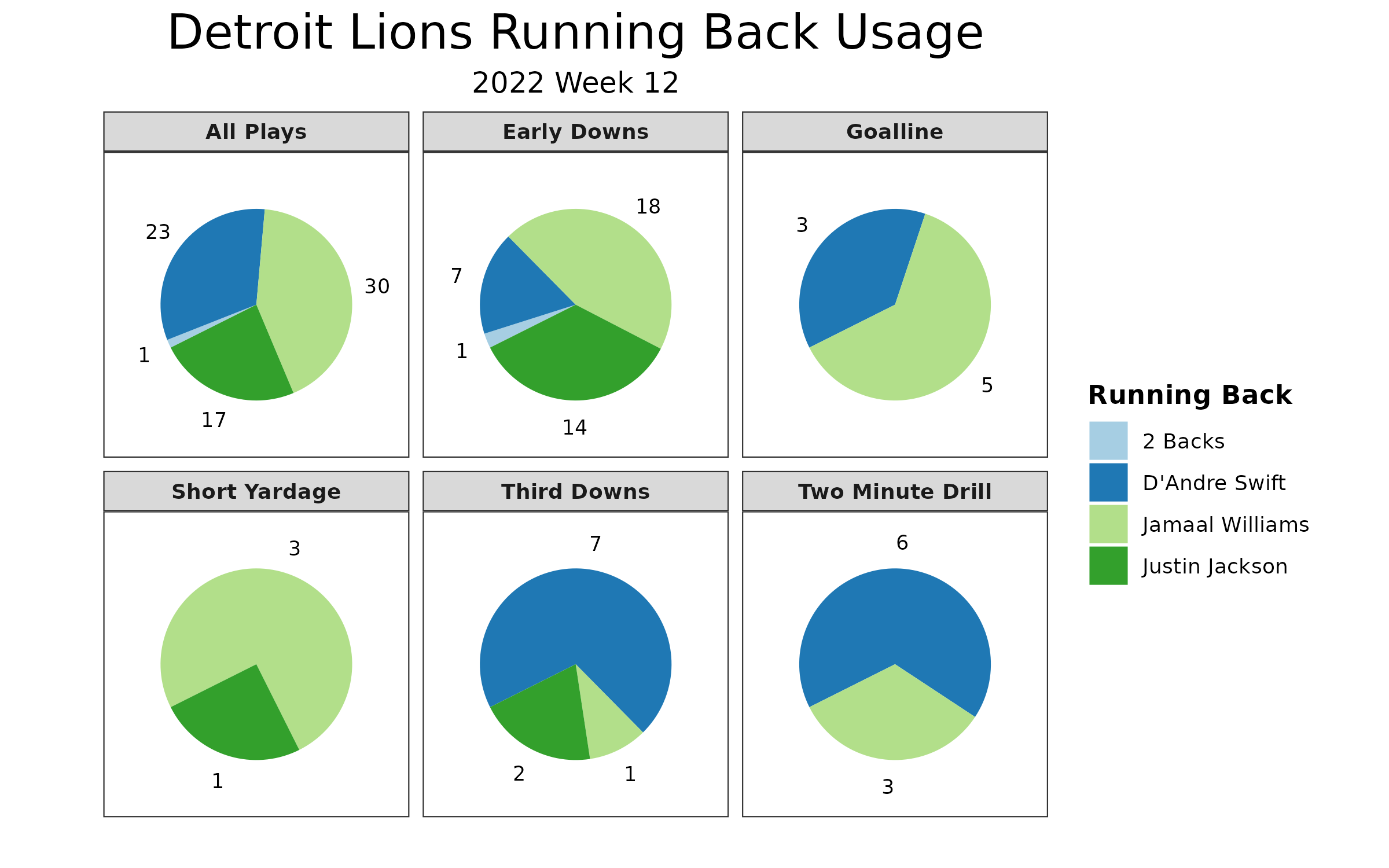 Drop Nyheim Hines: Hines played his fourth game with the Bills, but he has barely made an impact on offense. 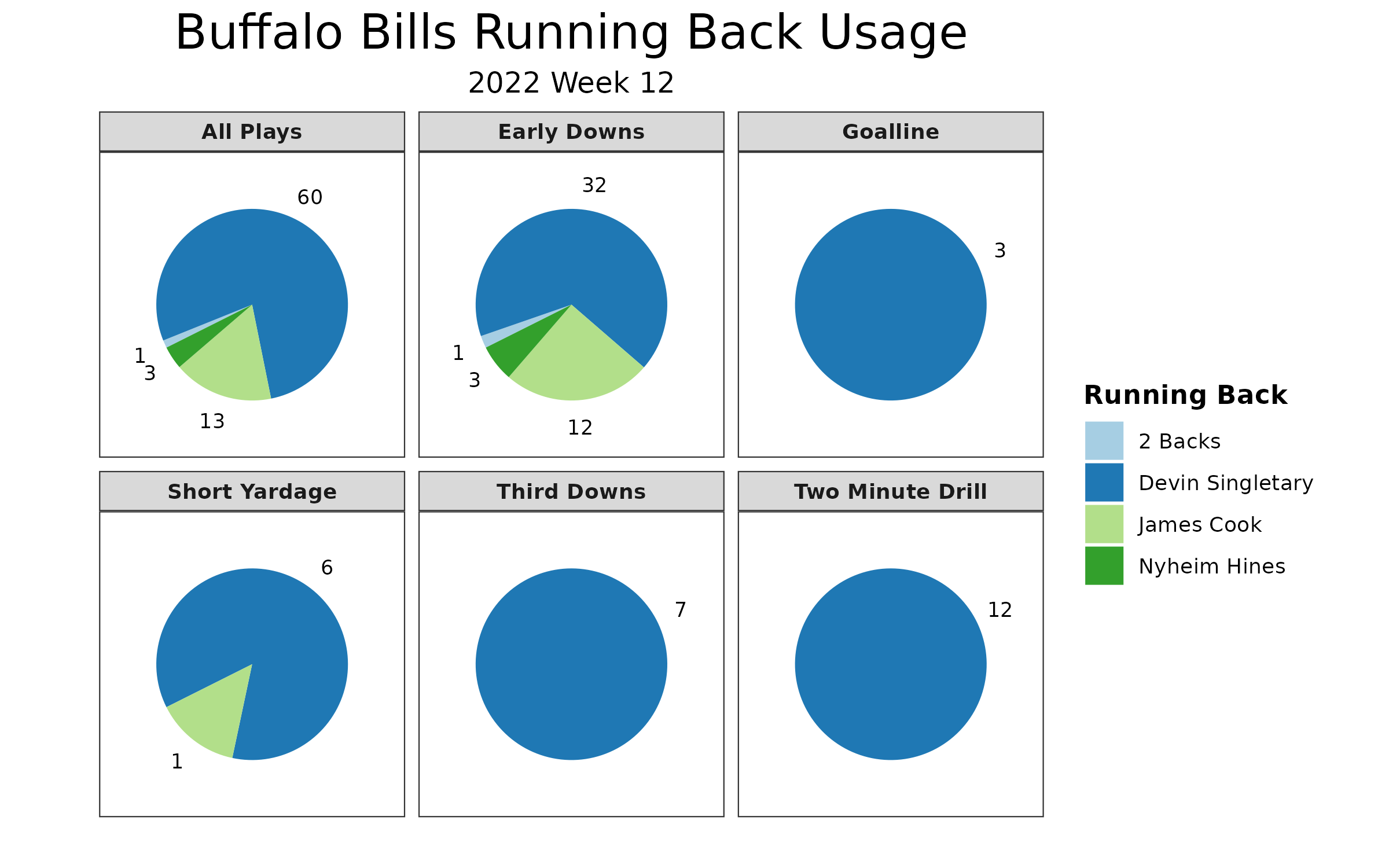 Isaiah McKenzie’s big game: McKenzie was the most dominant receiver for the Bills against the Lions, and there is a wide range of outcomes for McKenzie over the next five games. 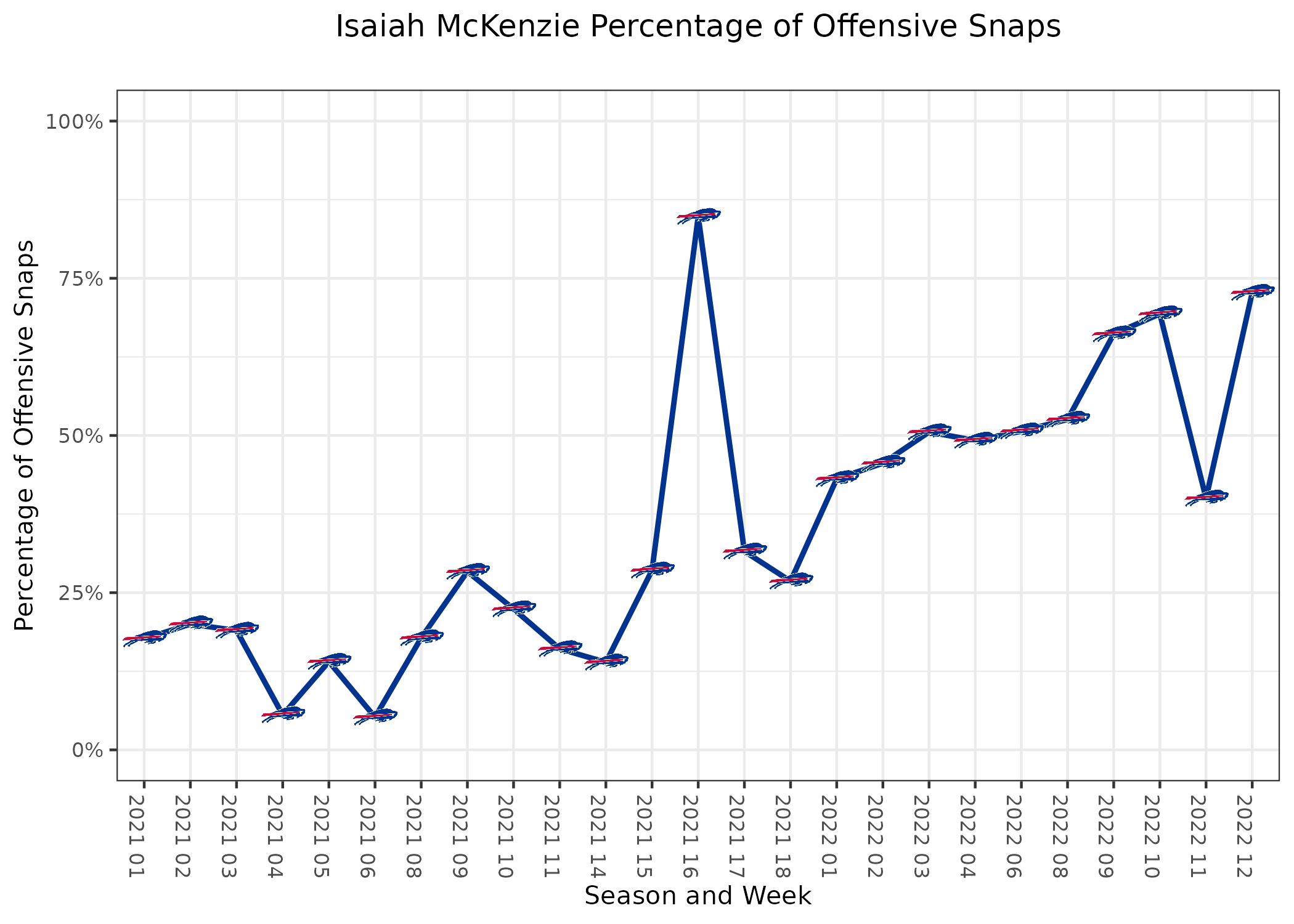 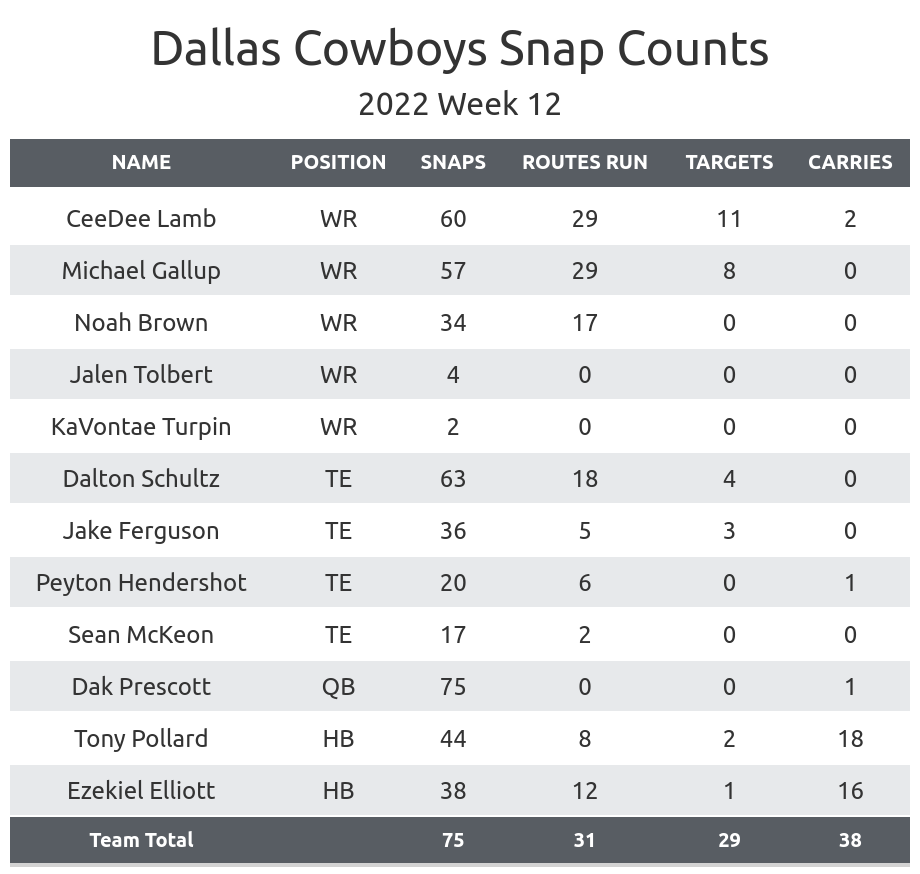 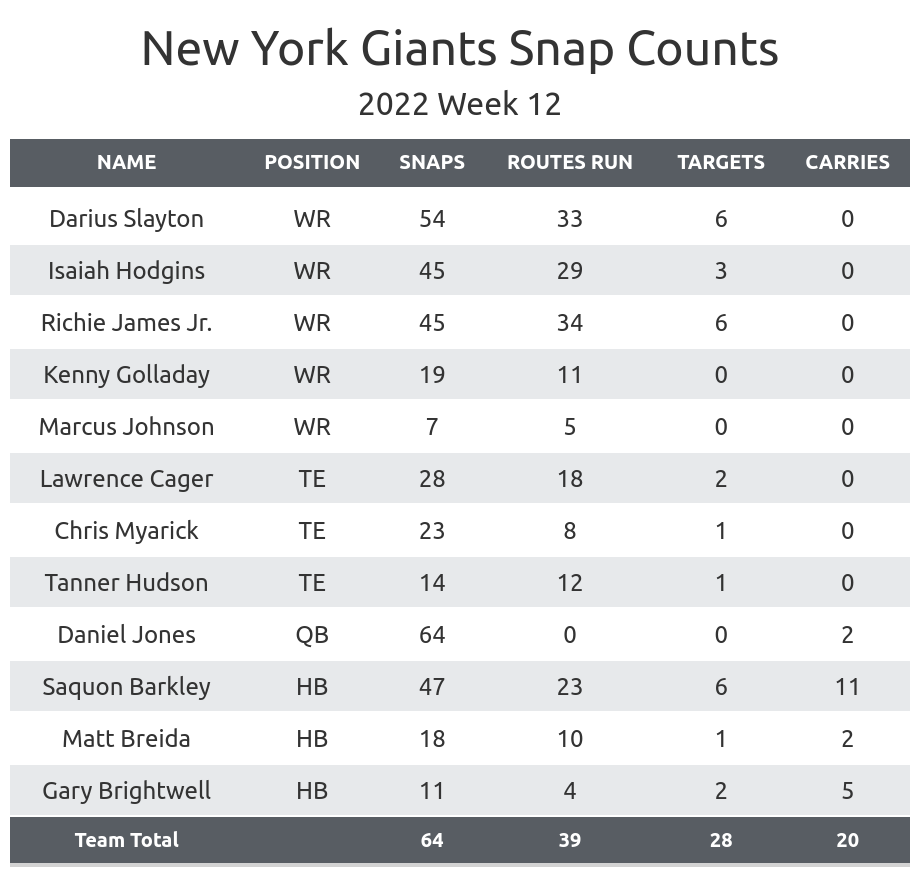 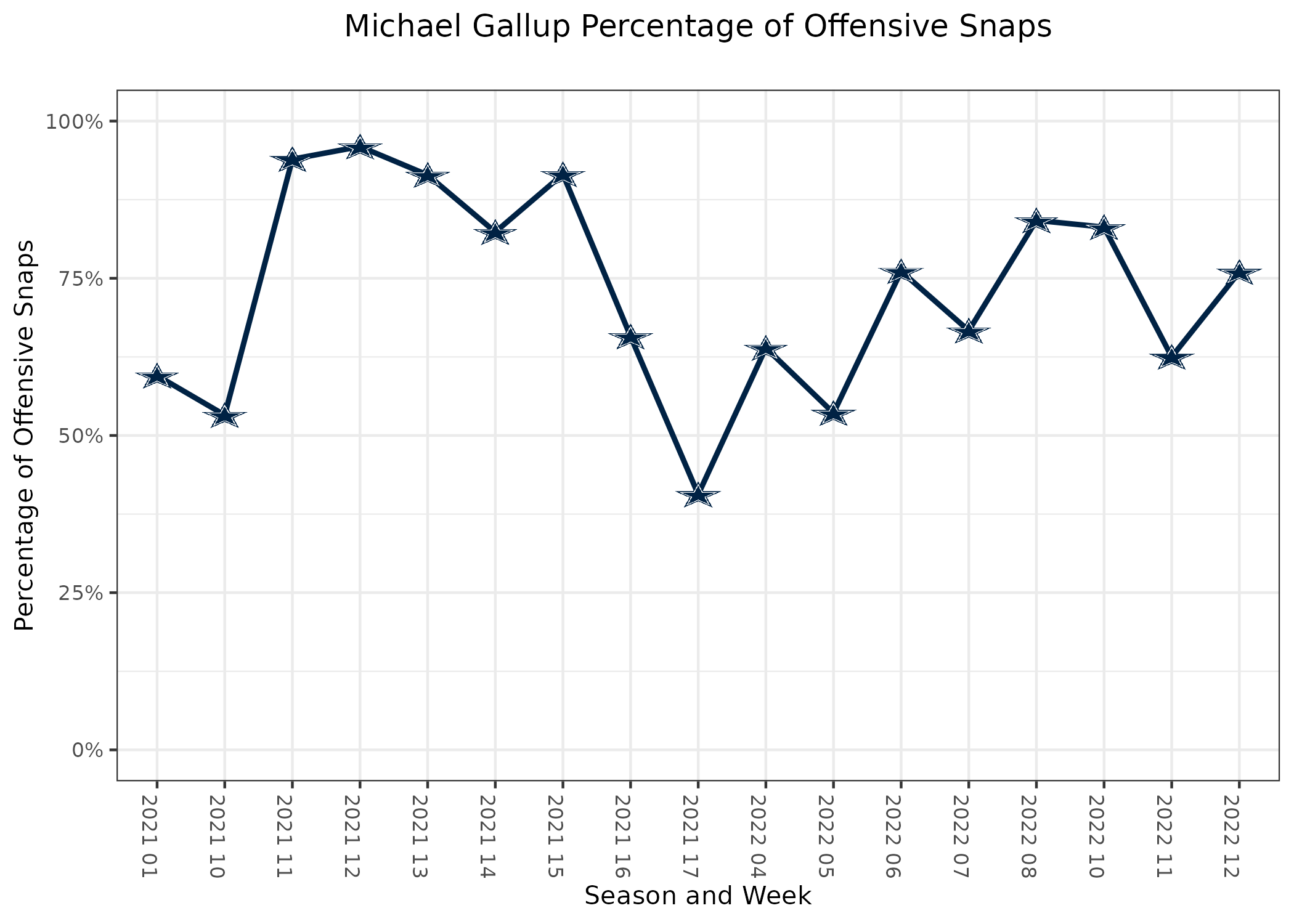 Ezekiel Elliott outshines Tony Pollard: Pollard had gained 464 yards and six touchdowns over the past three weeks while Elliott wasn’t 100%, but Elliott was the more impressive runner today. 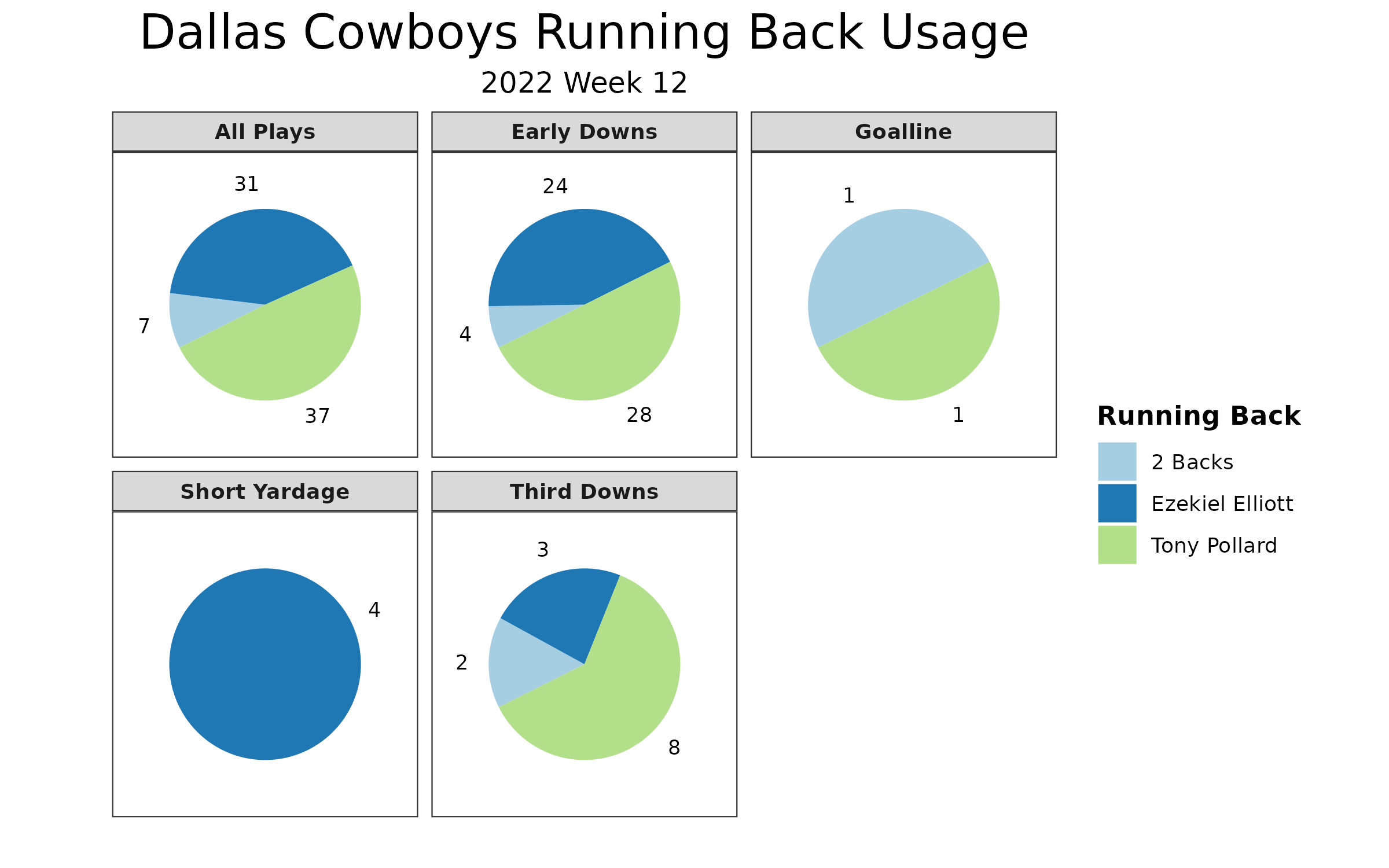 The Giants' ever-evolving receiving room: The Giants' receivers have constantly been changing this season, and there were more changes in this game. 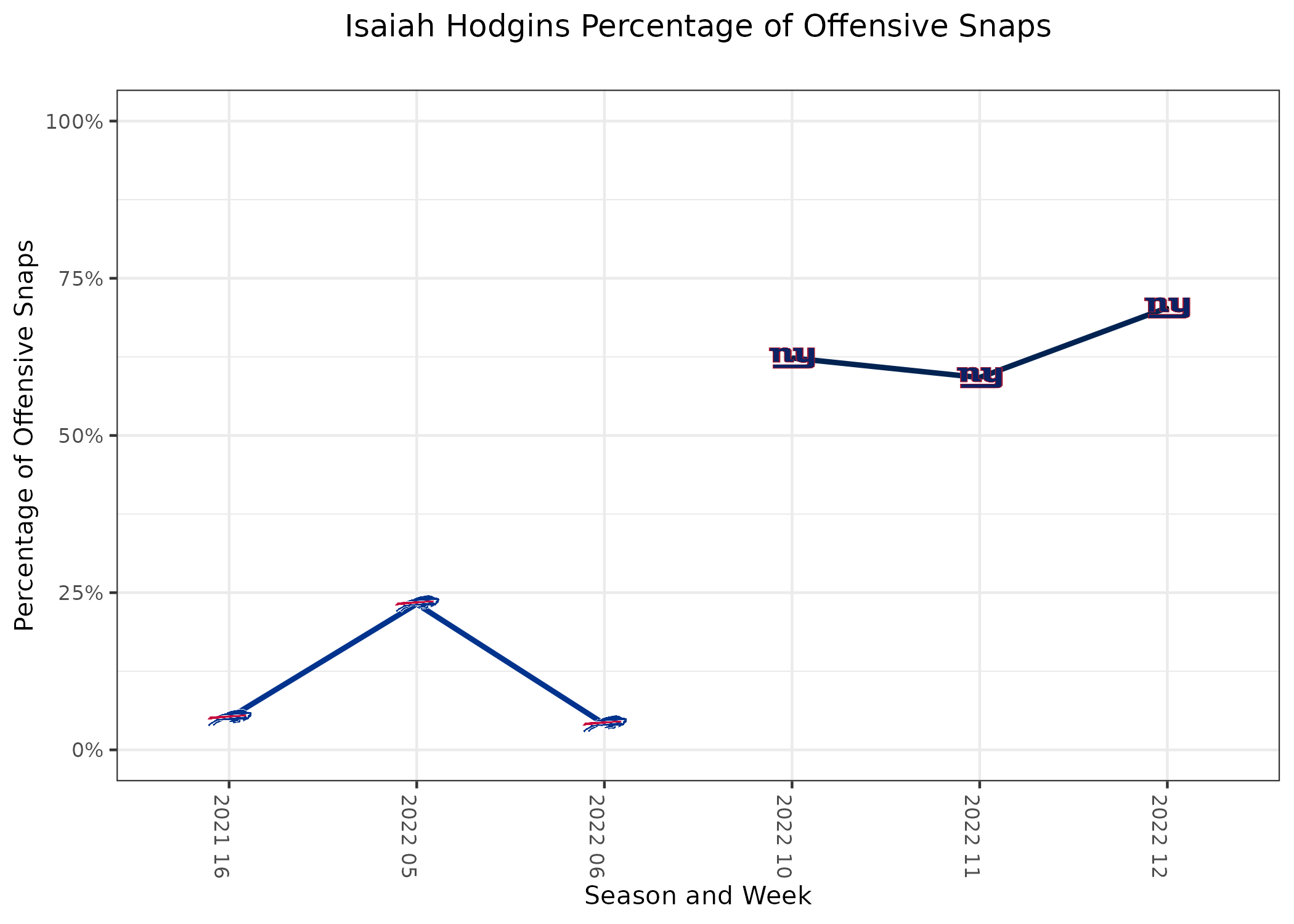 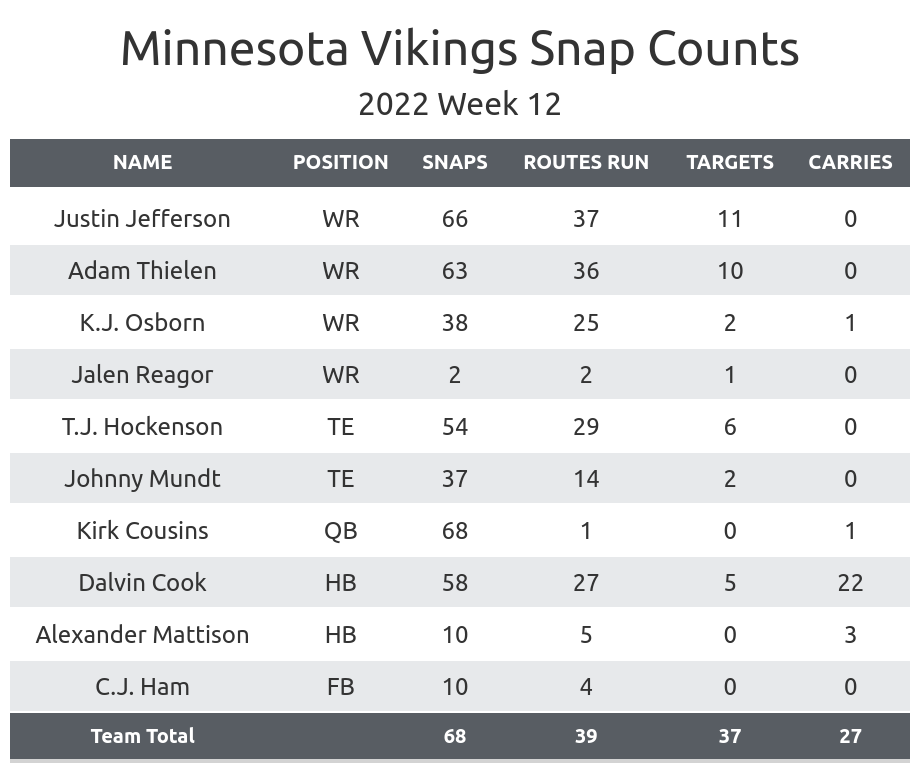 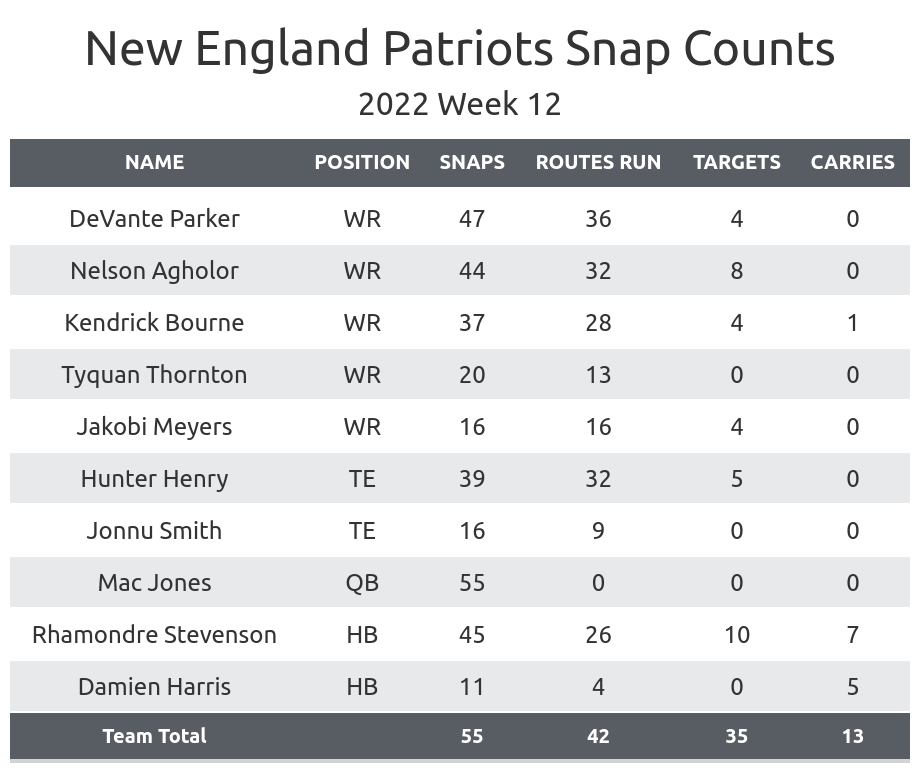 Monitor the health of the Patriots' wide receivers: Jakobi Meyers suffered a shoulder injury on the first play of the game. He returned shortly before halftime but didn’t seem 100%. 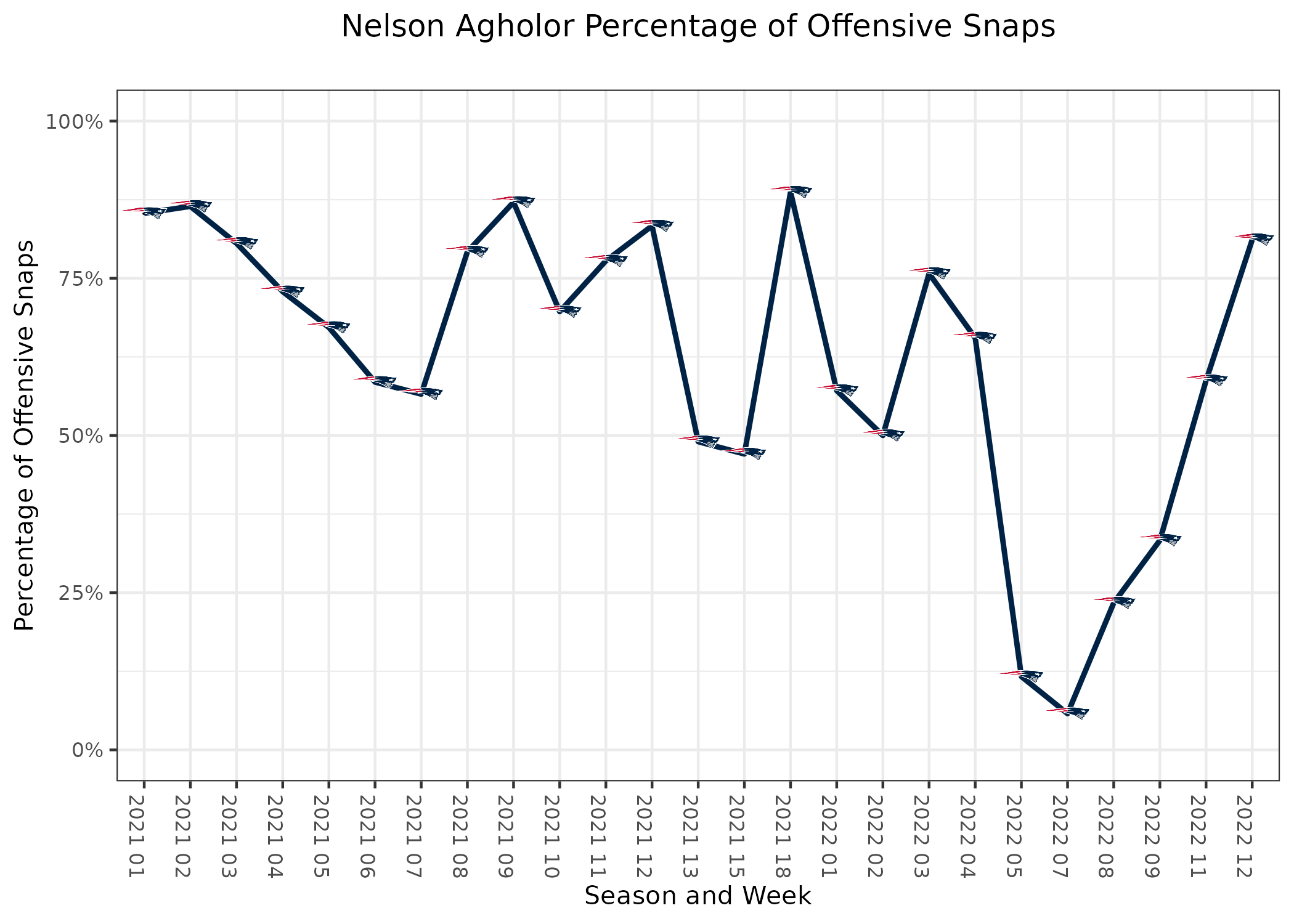 Monitor Damien Harris‘ health: Harris suffered a thigh injury early in the third quarter and didn’t return. He spent a lot of time in the blue medical tent before limping to the locker room.

Examining T.J. Hockenson’s low route number: Hockenson scored a touchdown for the Vikings, but his playing time has declined slightly. 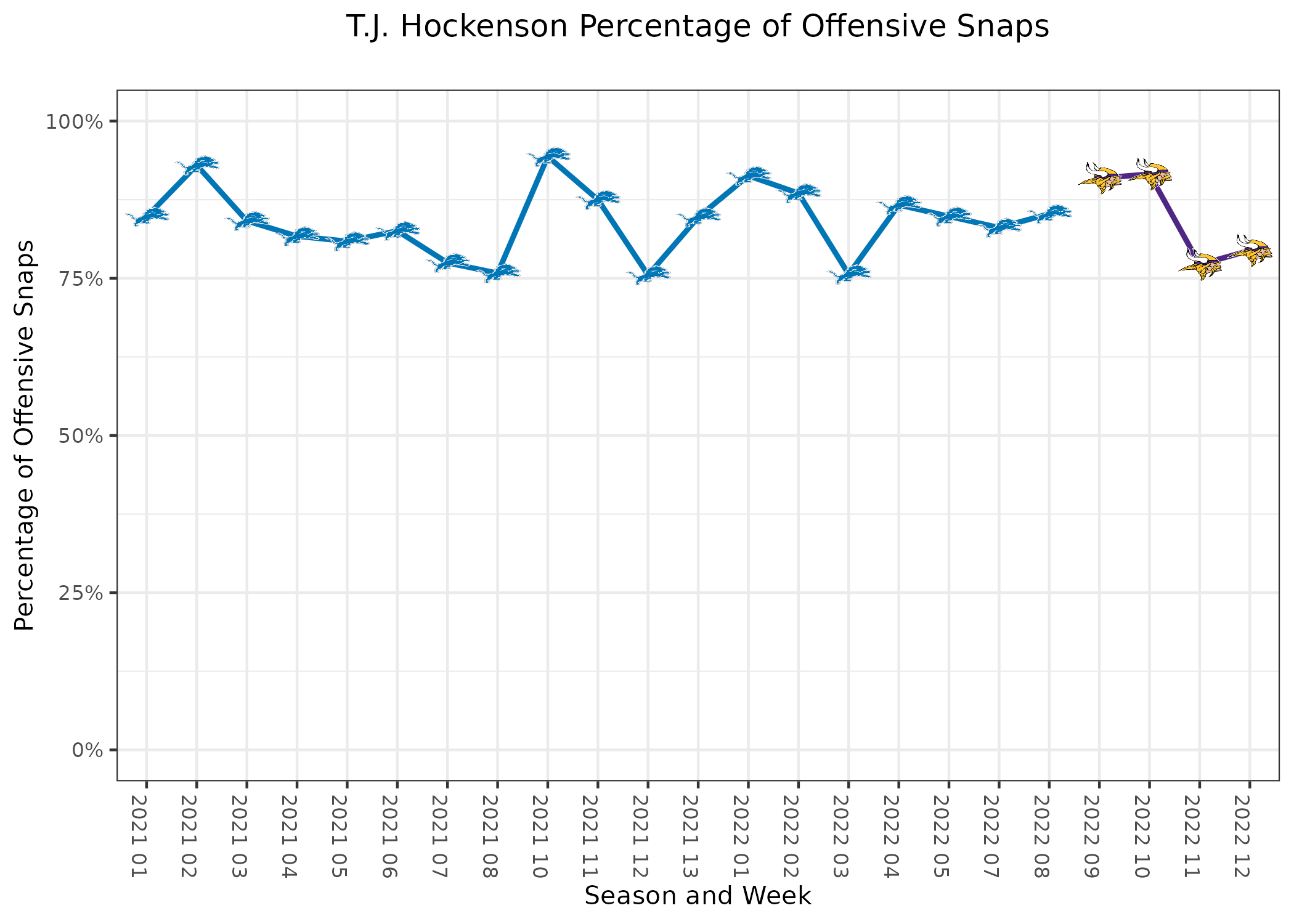