2022 NFL Draft Player Comparisons: Isaiah Spiller's stock is falling, but he has a path to NFL success

According to my combine effect model, Isaiah Spiller was one of the biggest losers of the combine and pro-day circuit when many other running backs put up stellar results. The mock draft industry is similarly skeptical, with Spiller’s expected draft position falling from the early second round towards possibly ending up a Day 3 pick. 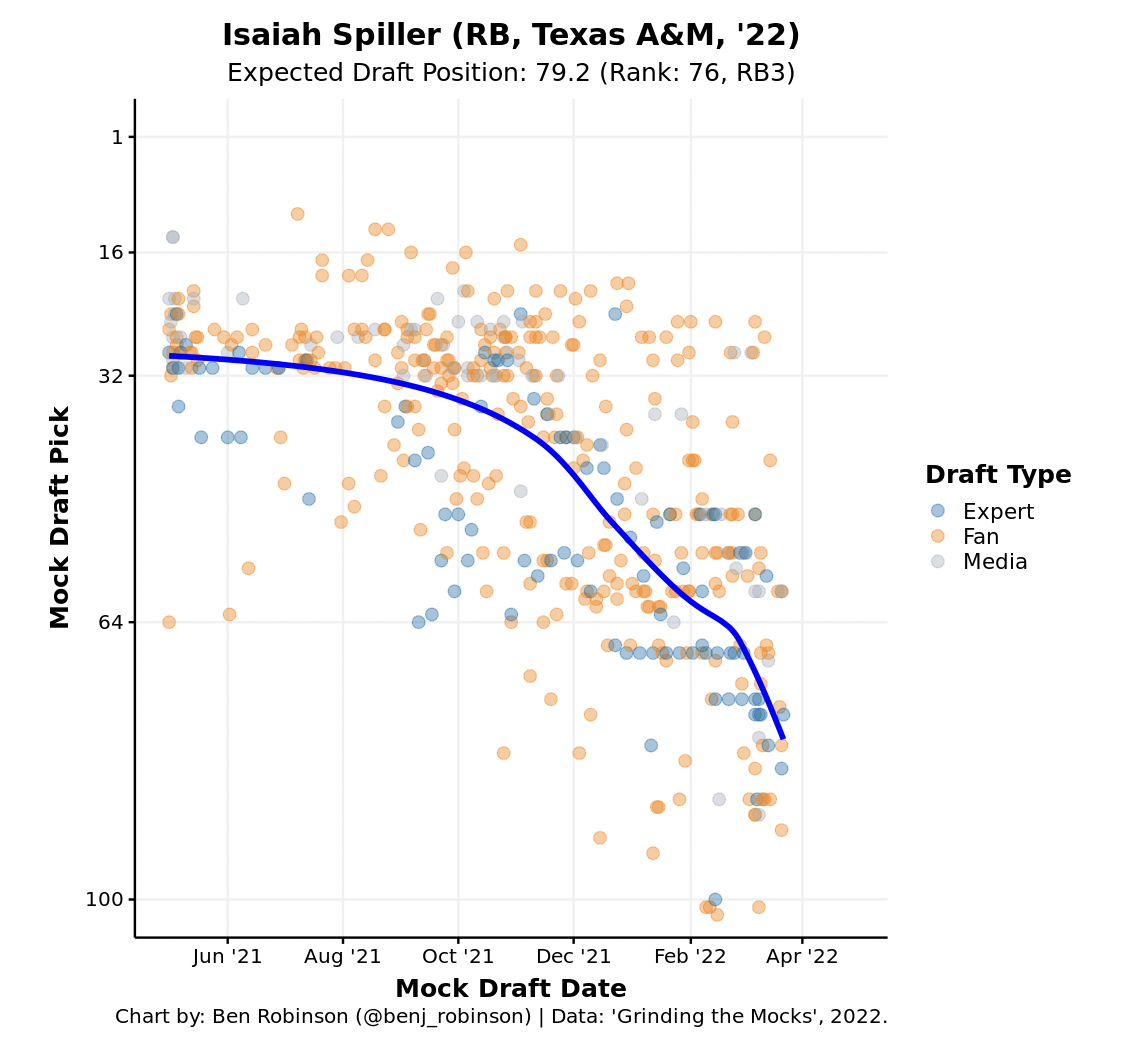 Spiller has a well-rounded production profile, though nothing was spectacular. He accounted for 28.5% of his team’s total yards and 23.1% of total touchdowns, solid marks you’d ideally like to see around 30%. He was also used significantly in the passing game for a running back with a 12.0% share of receptions (2.1 per game). Running a 4.63-second 40-yard dash at 217 pounds isn’t disqualifying, but it was guaranteed to hurt Spiller’s draft stock.