2022 NFL Draft Comps: Ohio State WR Garrett Wilson has all the potential of an WR1

Garrett Wilson’s mock draft stock has risen to WR1 of the class post-combine, slightly better than that of Drake London and teammate Chris Olave. He had the fifth-best combine of the group according to my model, posting a 4.38-second 40-yard dash and hitting 36 inches on the vertical jump. 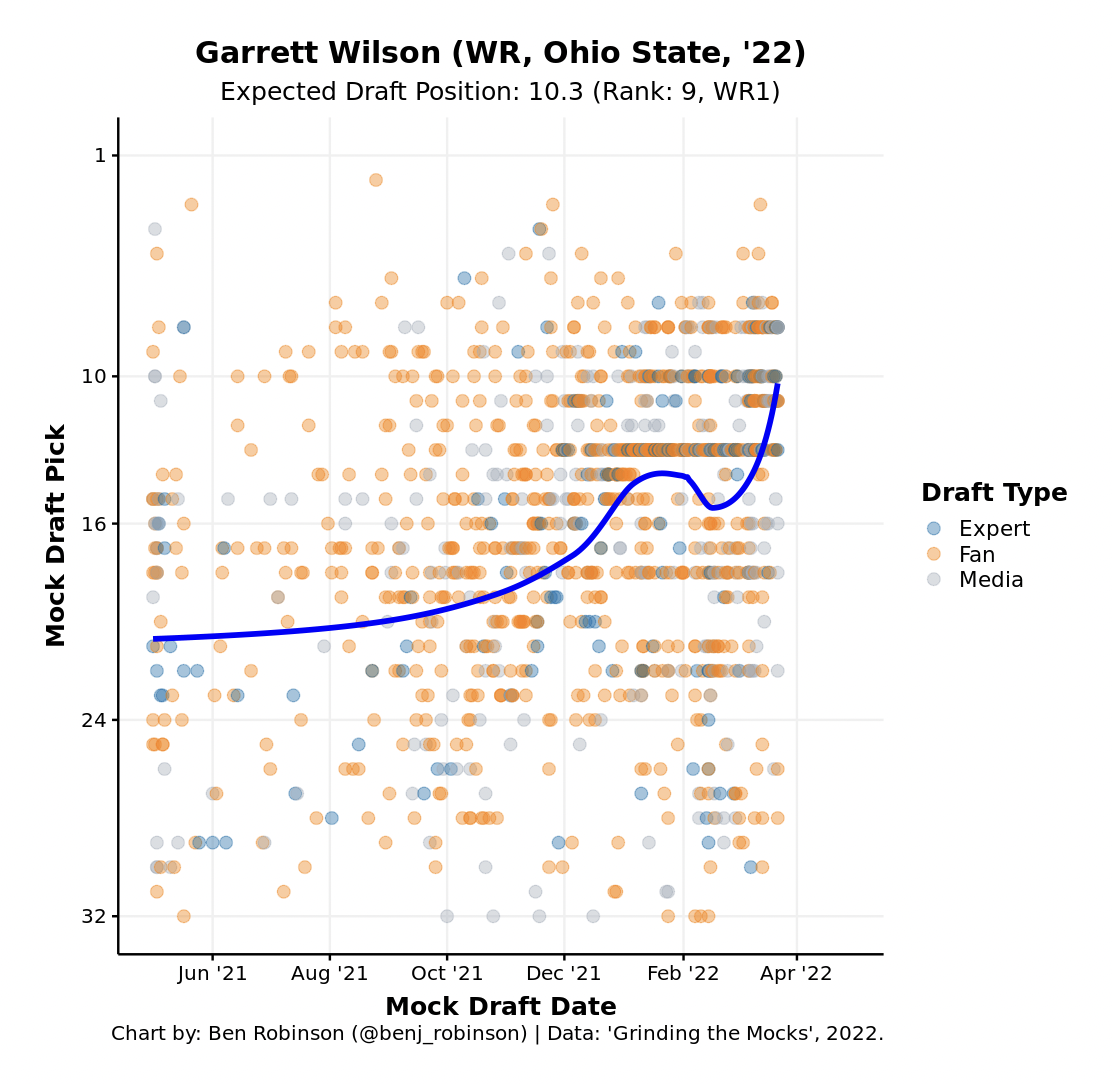