Here are PFF staff best bets in the early-Sunday window in Week 7: 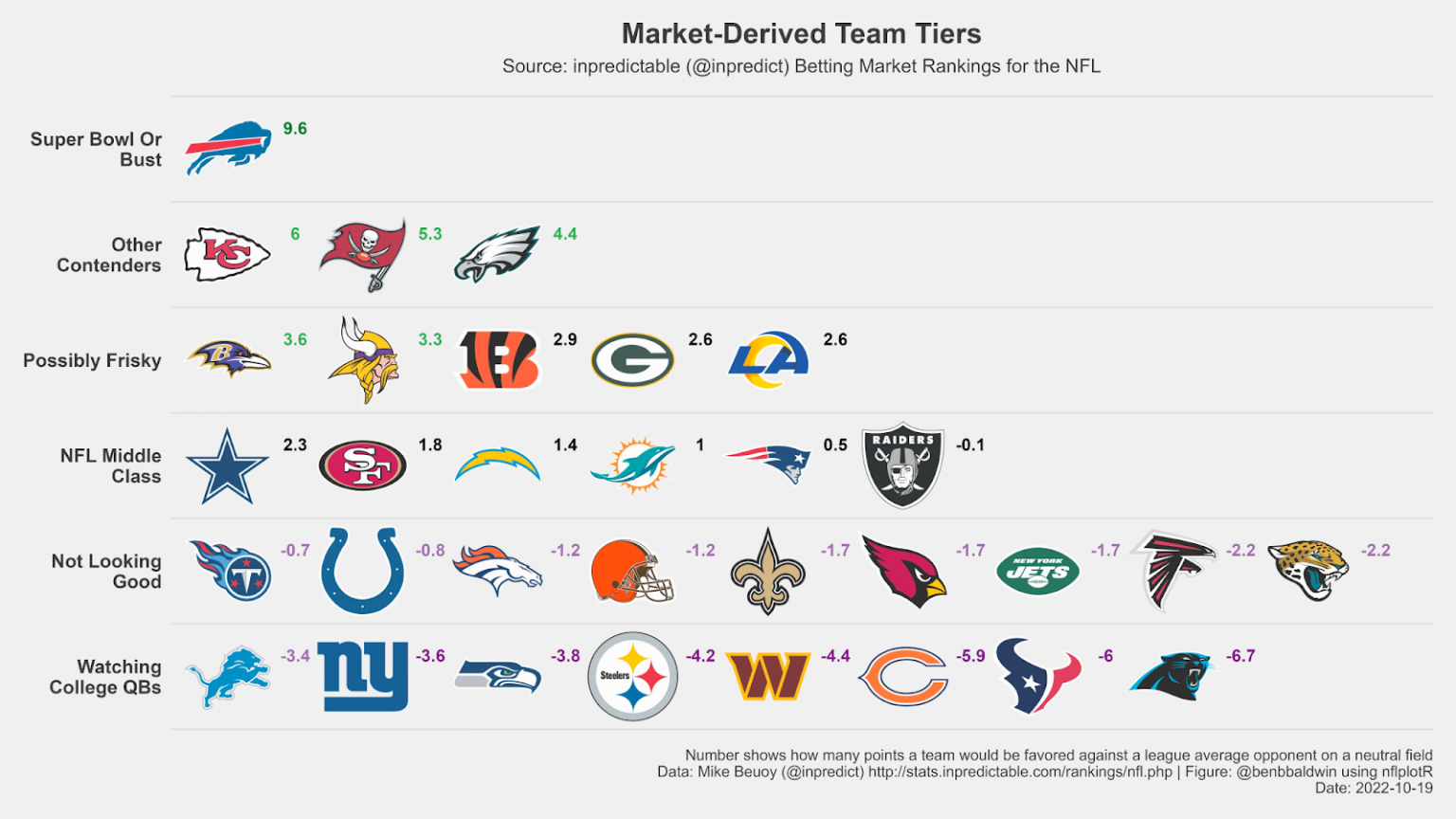 • The market is pricing the Jaguars at well-below league average, despite efficiency suggesting they're a top-10 team. Against an overrated Giants defense propped up by poor opponents, with the matchup angles favoring the Jaguars, Jacksonville can ride its offense to a dominant win. 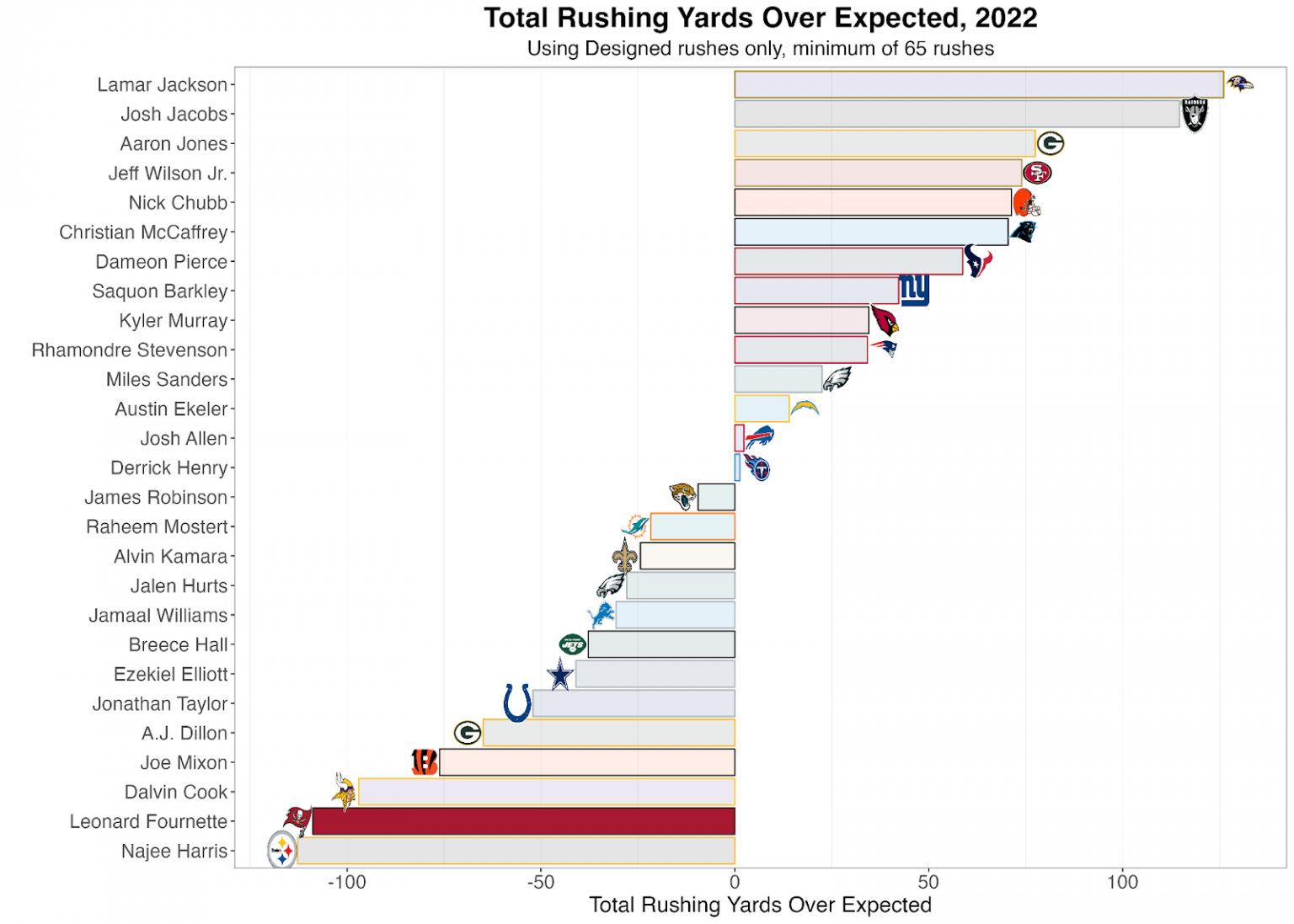 • With -109 total Rushing Yards Over Expected (RYOE) this season, Leonard Fournette has been the 2nd-worst volume rusher in the league. He is averaging 3.6 rushing yards per carry when expected to get 4.7 and could be phased out by Rachaad White and more passes if Fournette's struggles persist.

• Fournette has played two-thirds of the Buccaneers’ offensive snaps over the past three weeks. That rate decreases to 58.7% when Tampa Bay has a lead and 45.7% when it has at least a touchdown lead, when the Buccaneers are more comfortable giving Rachaad White opportunities. Carolina’s run defense has the seventh-highest team grade (69.4), and has allowed 141.5 yards per game to running backs this season, but White should garner at least a third of those yards.

• The Lions have given up the highest EPA per play on rushing attempts so far this season, as well as the the second-highest average depth of tackle, so there is an explosive play to be had on the ground. Dallas has not ran the ball too well so far this season (high PFF Grade but middling EPA/play and success %), but teams have been able to focus on stopping the run with the knowledge that Cooper Rush is not going to beat them with his arm. Dak being back and his receivers being healthy should help open up some extra lanes for the Cowboys' running backs, and Pollard is by far the most explosive of the two.

• Last week was ugly for the Cleveland Browns, who lost 38-15 to the Patriots. It was a score that flattered them overall, but it was also the low end of Jacoby Brissett‘s play, which will be a huge determining factor for their success. Brissett has been good this year, but he recorded five turnover-worthy plays against the Patriots, matching his total for the five previous games combined. He’s very unlikely to be as careless with the ball as he was, which completely changes the outlook for the Browns offense. They should have a far better game, and Baltimore’s quarterback hasn’t been playing his best football of late.

• There’s reason to believe Ryan has turned a bit of a corner after a horrendous start to the season. His Week 6 game against the Jaguars was his first game all season without a turnover-worthy play. Plus, interceptions take two to tango, and no secondary has less ball production than the Titans' this year. Their six combined picks (two) and forced incompletions (four) are the fewest of any secondary in the NFL.

• 15.5% PFF Greenline edge. Although the switch to Taylor Heinicke could theoretically create more receiving opportunities for McKissic, a matchup with Packers rookie coverage LB ace Quay Walker isn't favorable. McKissic went under this total for the first time this season in Week 6, when rookie Brian Robinson assumed a bigger offensive role and Antonio Gibson continued looking like the Commanders' most explosive back with an 18-yard run plus three receptions on three targets.

PFF staff best bets are 56-42 overall on the season.