To analyze this specific Showdown slate, I looked through thousands of NFL matchups from 2014-to-2022 and found the closest analogies to this contest according to the following parameters: Betting spread, over/under and average fantasy points scoring for the top-ranked positional players of both rosters (QB1, RB1, WR1, TE1).

The spread and over/under are similar in these matchups (Eagles -5.5, 48.5 O/U versus this matchup at Eagles -2.5, 50.5 O/U). All the players aren’t perfect matches, but that’s why we use 100 similar matchups and not just the single most similar. 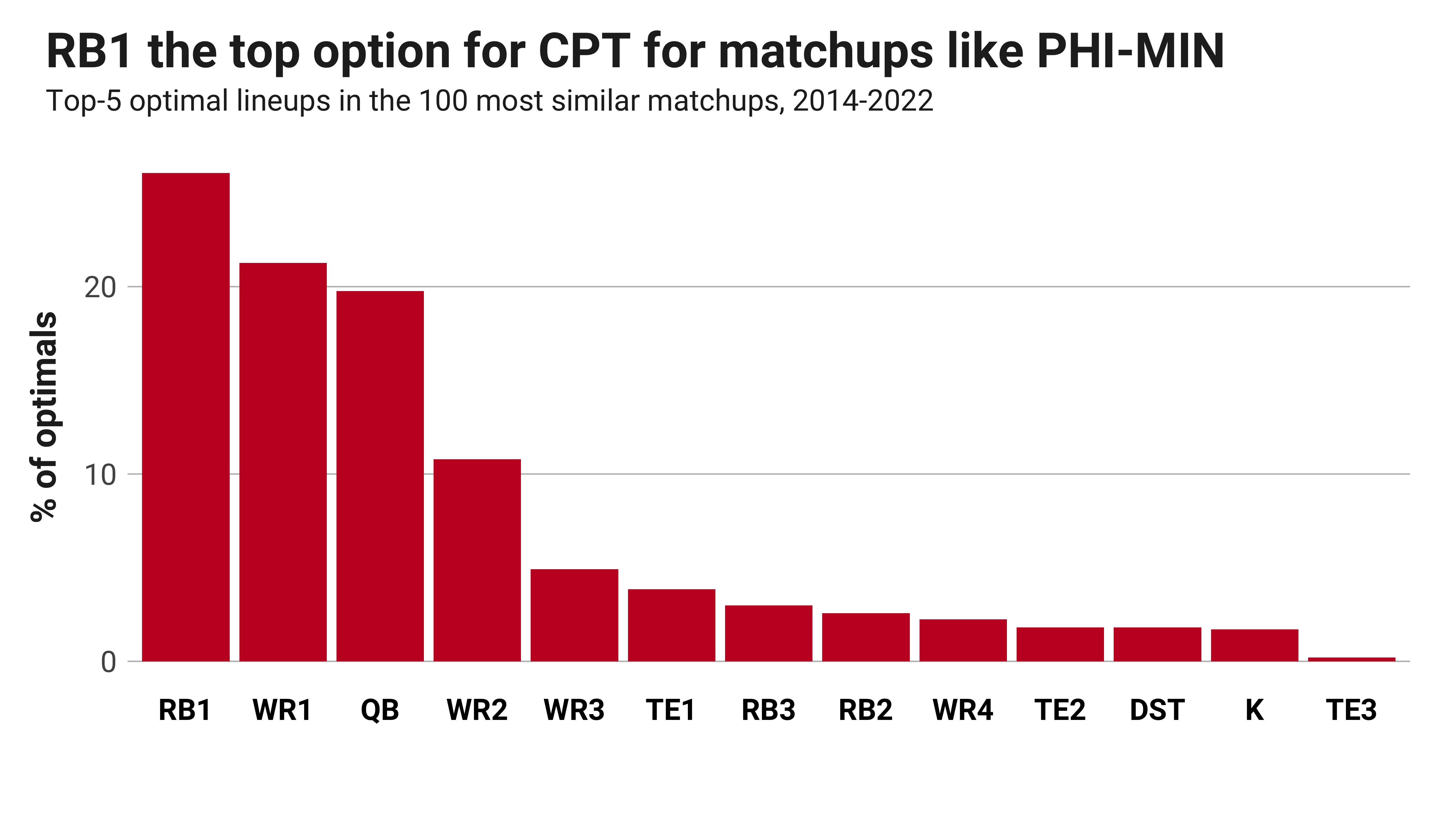 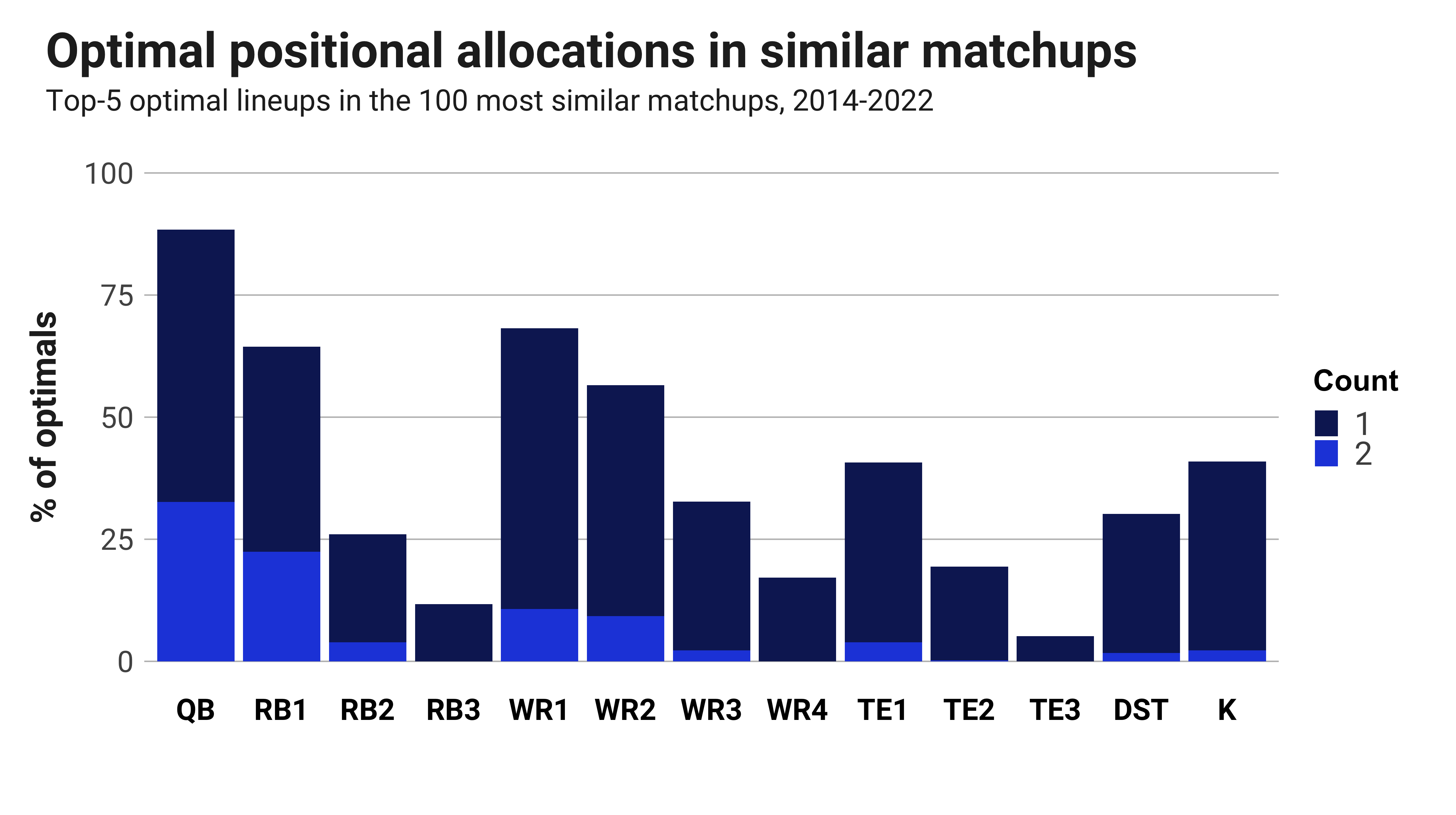 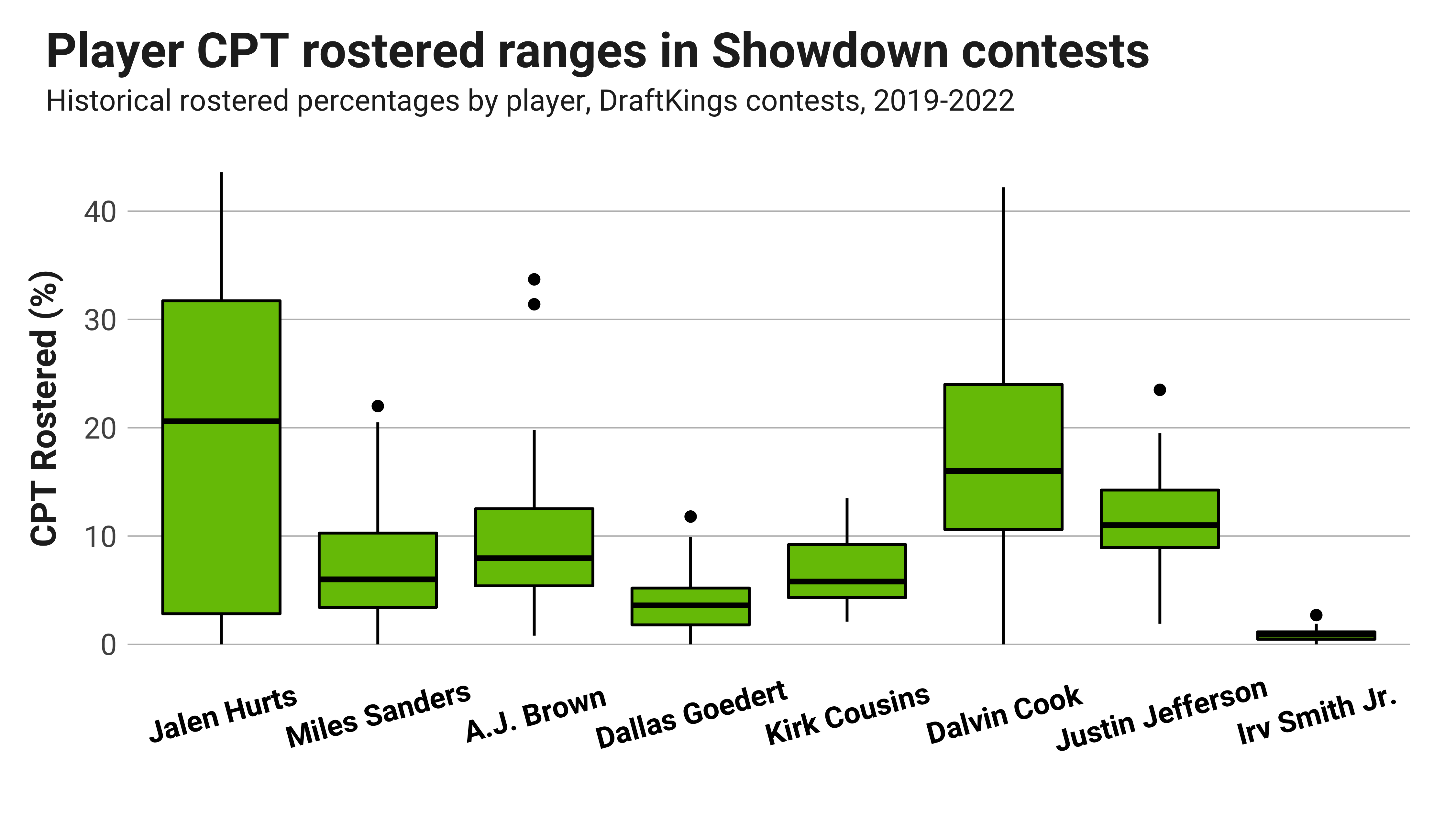