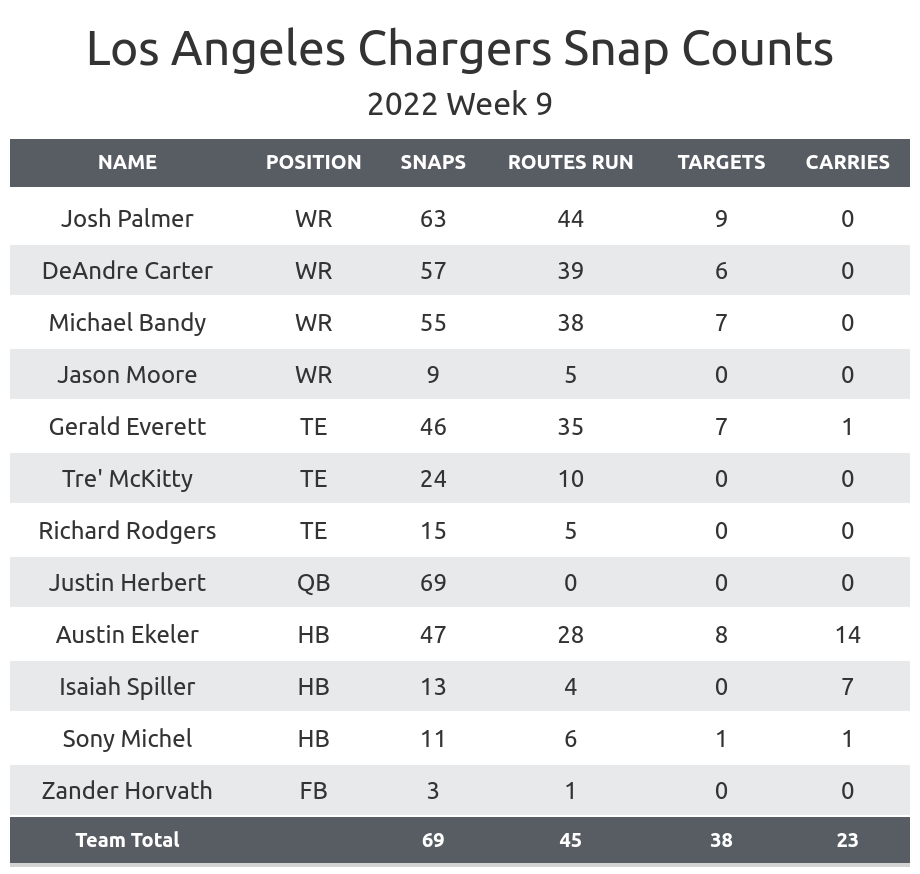 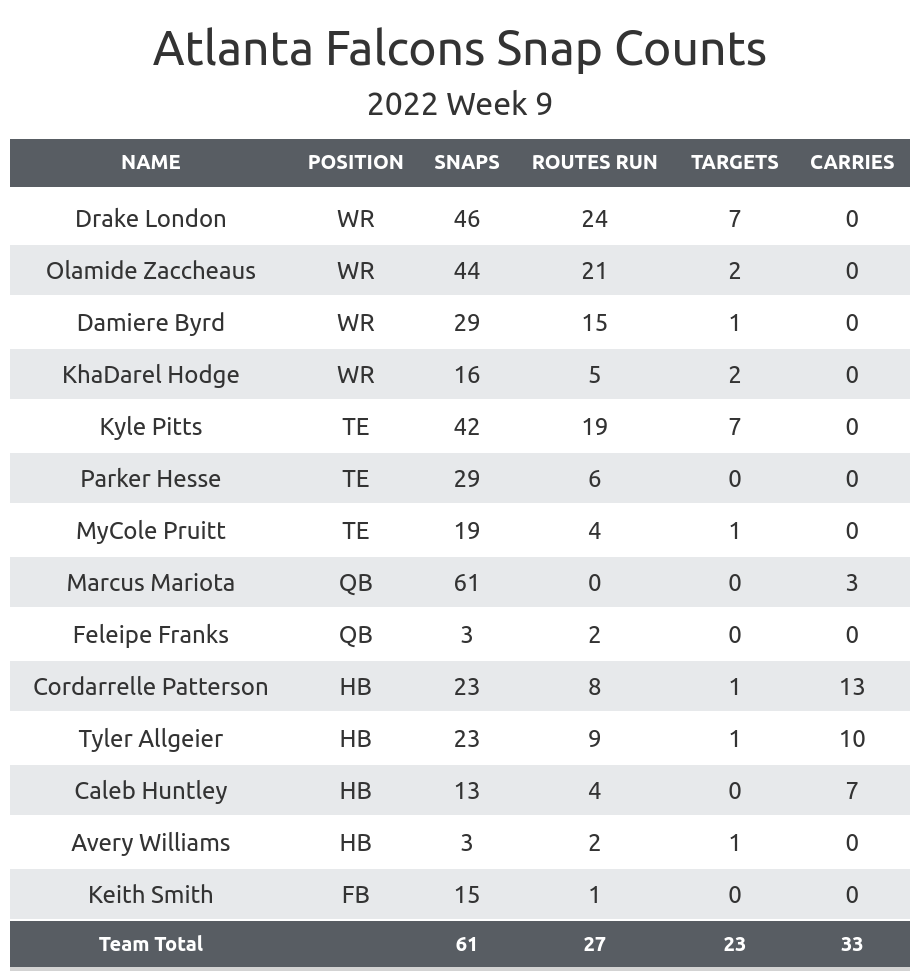 Cordarrelle Patterson’s return: Patterson returned off injured reserve to rejoin the Falcons as part of a four-man committee. 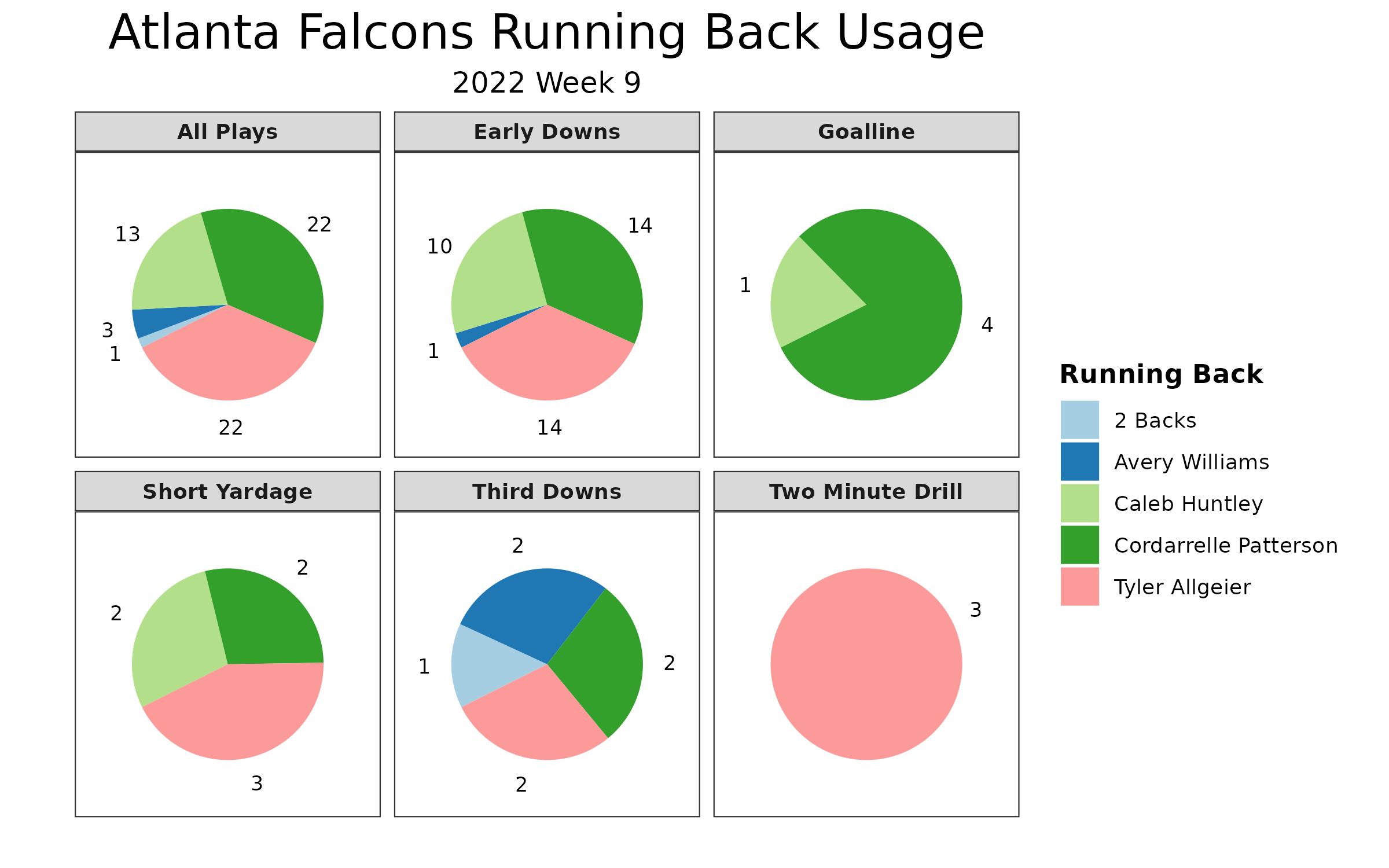 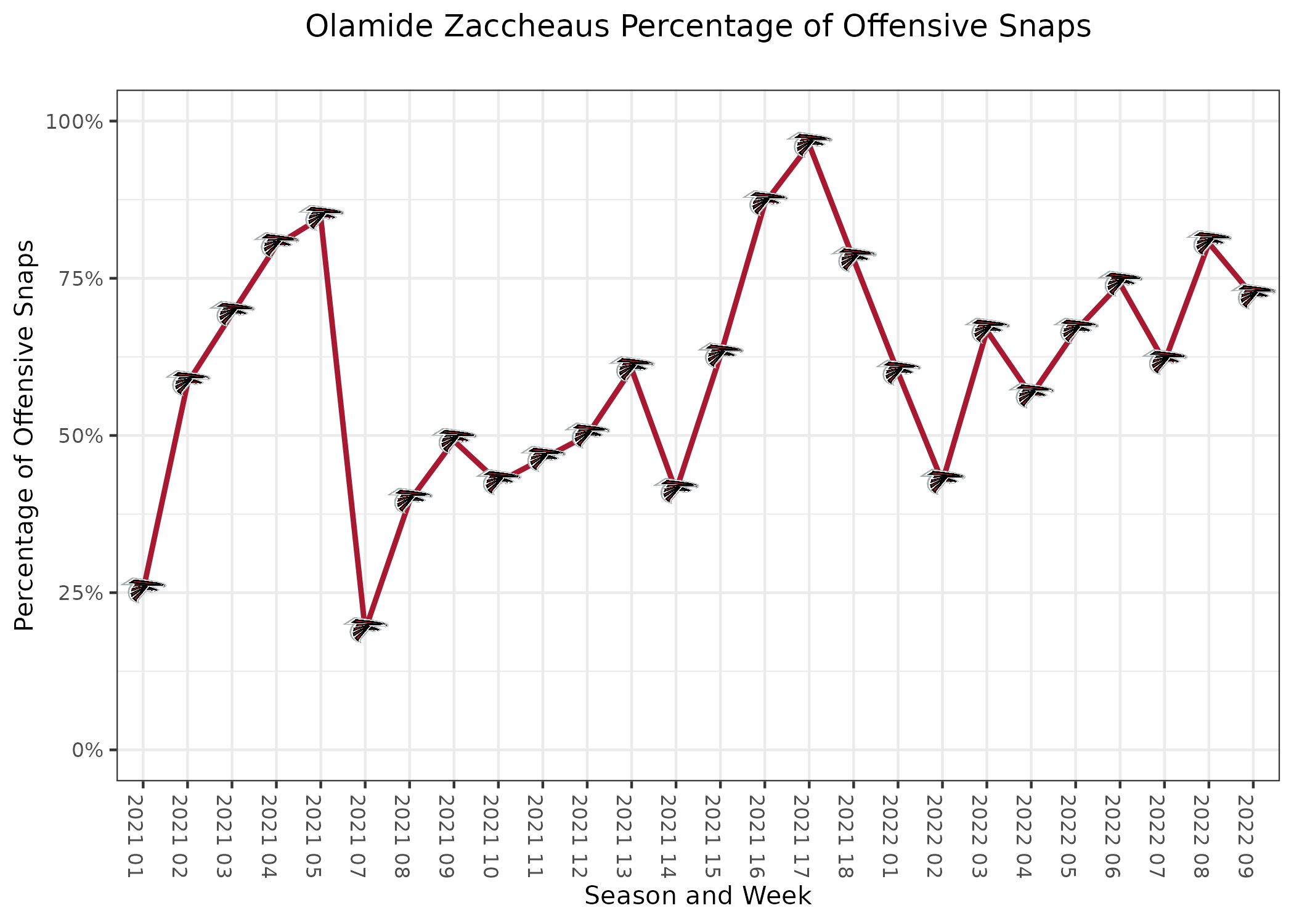 Isaiah Spiller the new No. 2 back: Spiller saw the second-most action in the Chargers’ backfield for the first time all season. 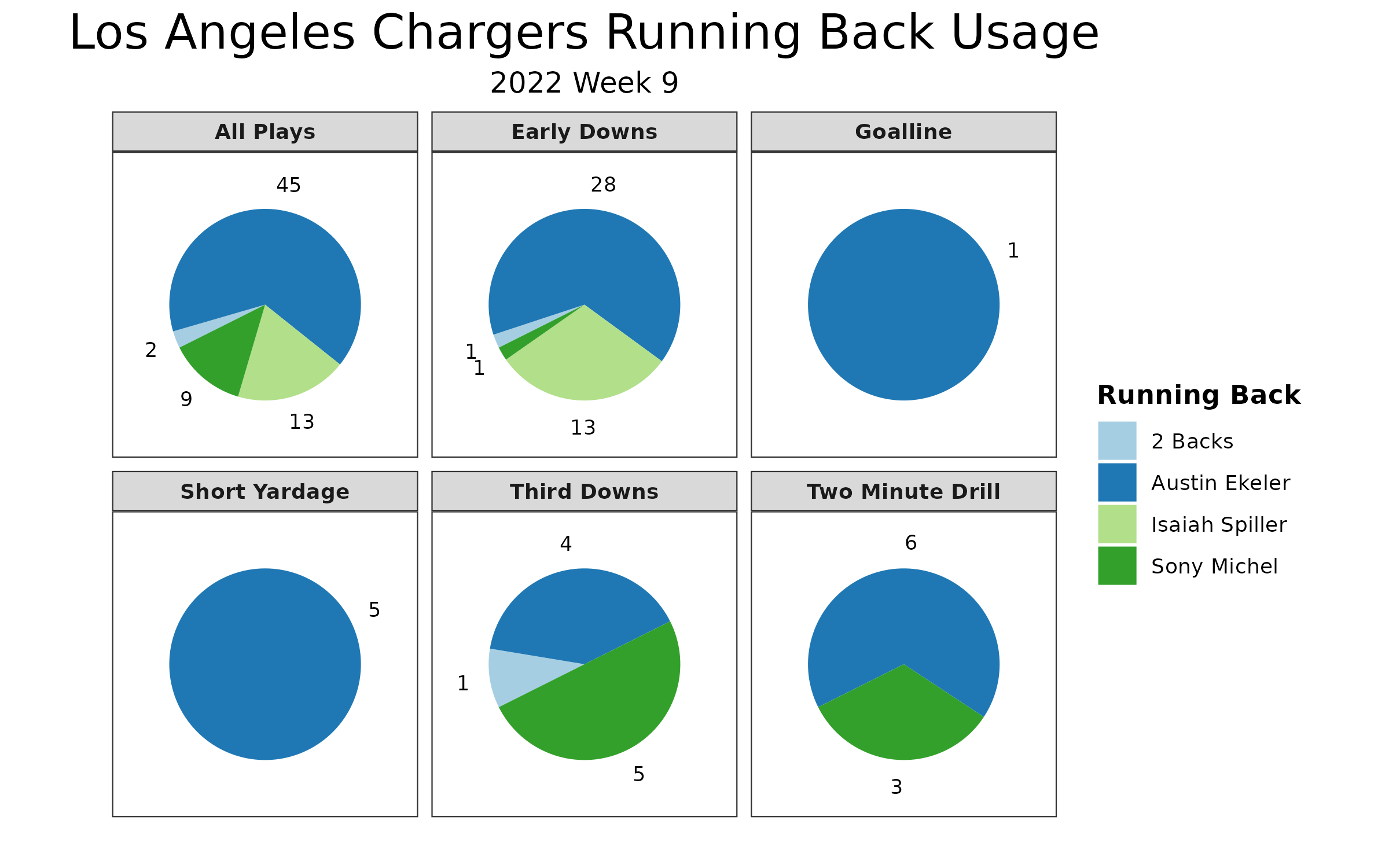 Los Angeles without its top two receivers: Both Keenan Allen and Mike Williams were inactive, giving their backups even more playing time this season. 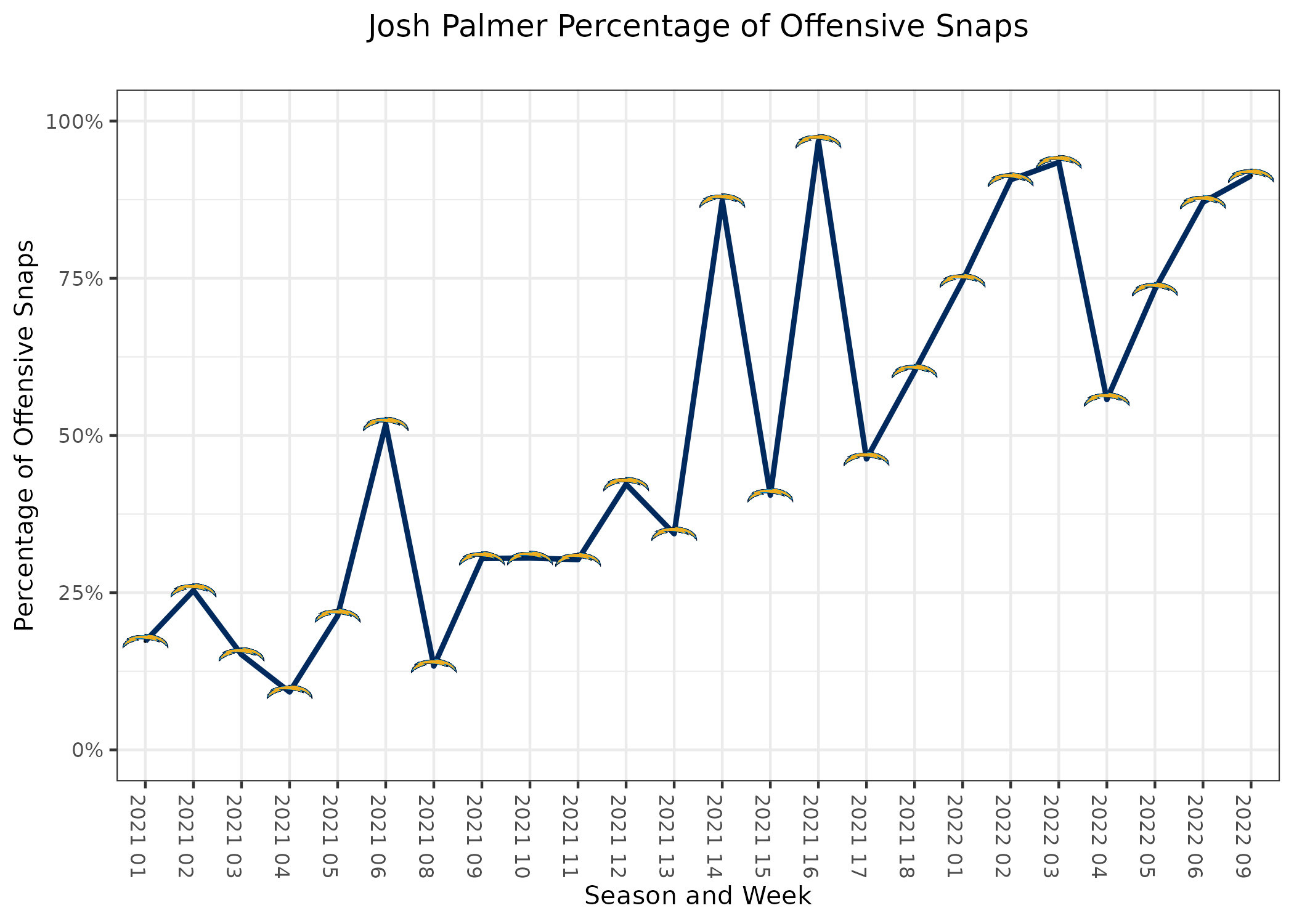