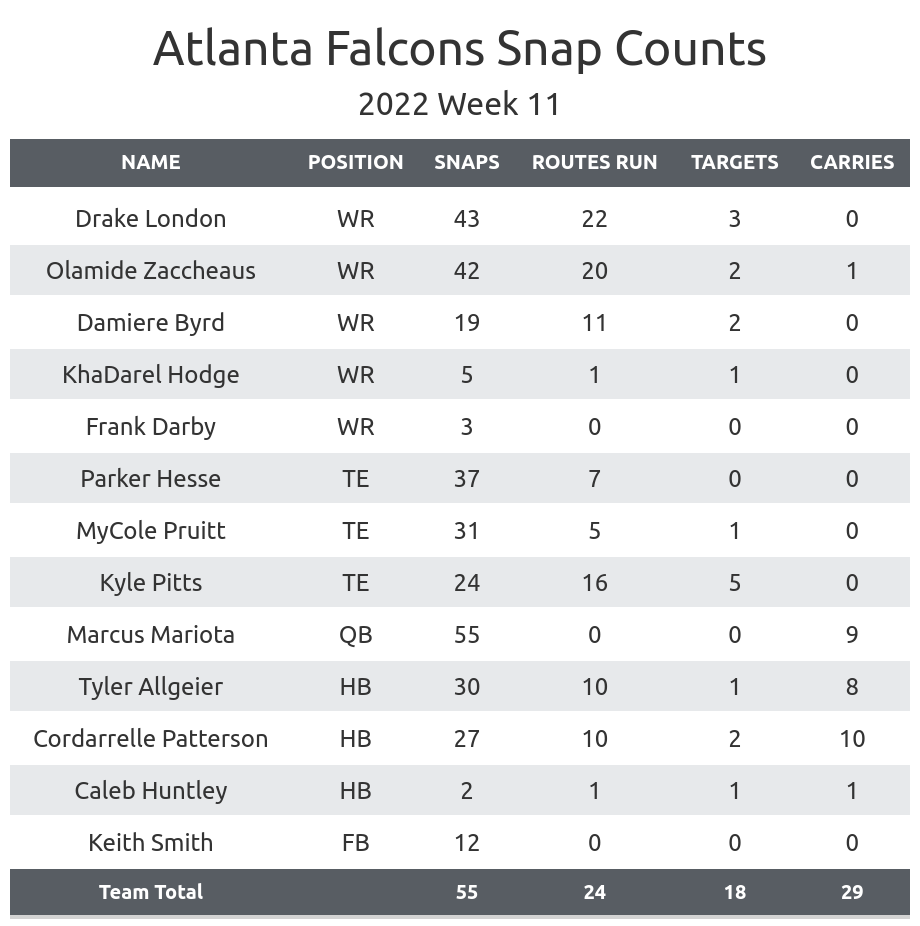 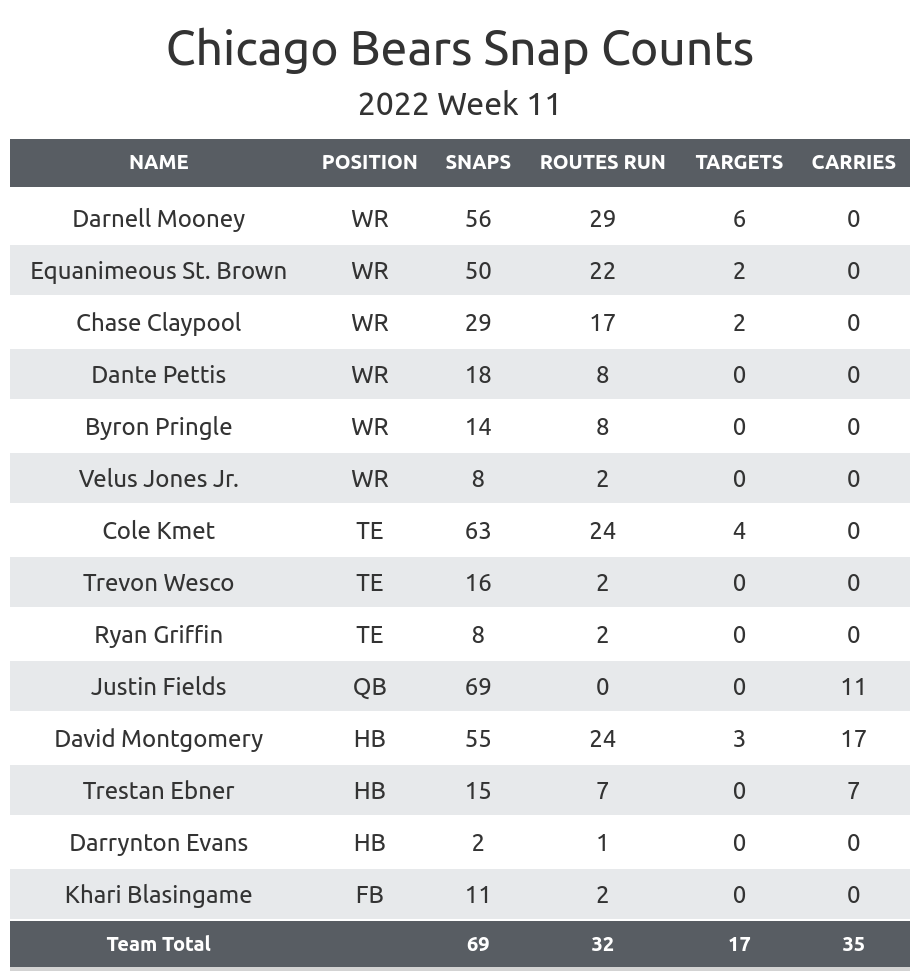 The Bears’ backfield without Khalil Herbert: Herbert landed on injured reserve with a hip injury. He’s expected to return this season but will miss at least three more games. 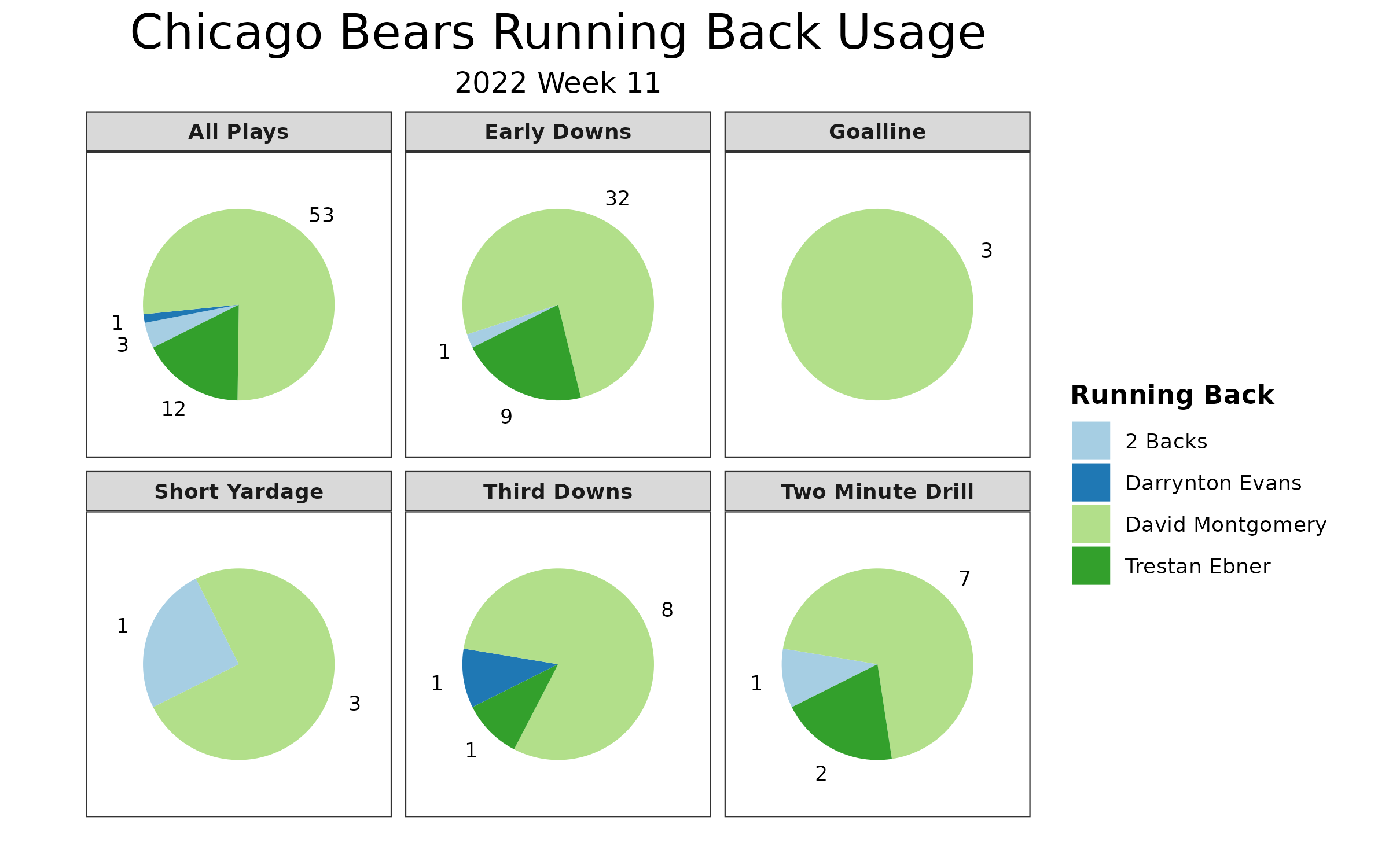 Bears wide receiver competition heats up: Chicago had six wide receivers active, with each getting playing time on offense. 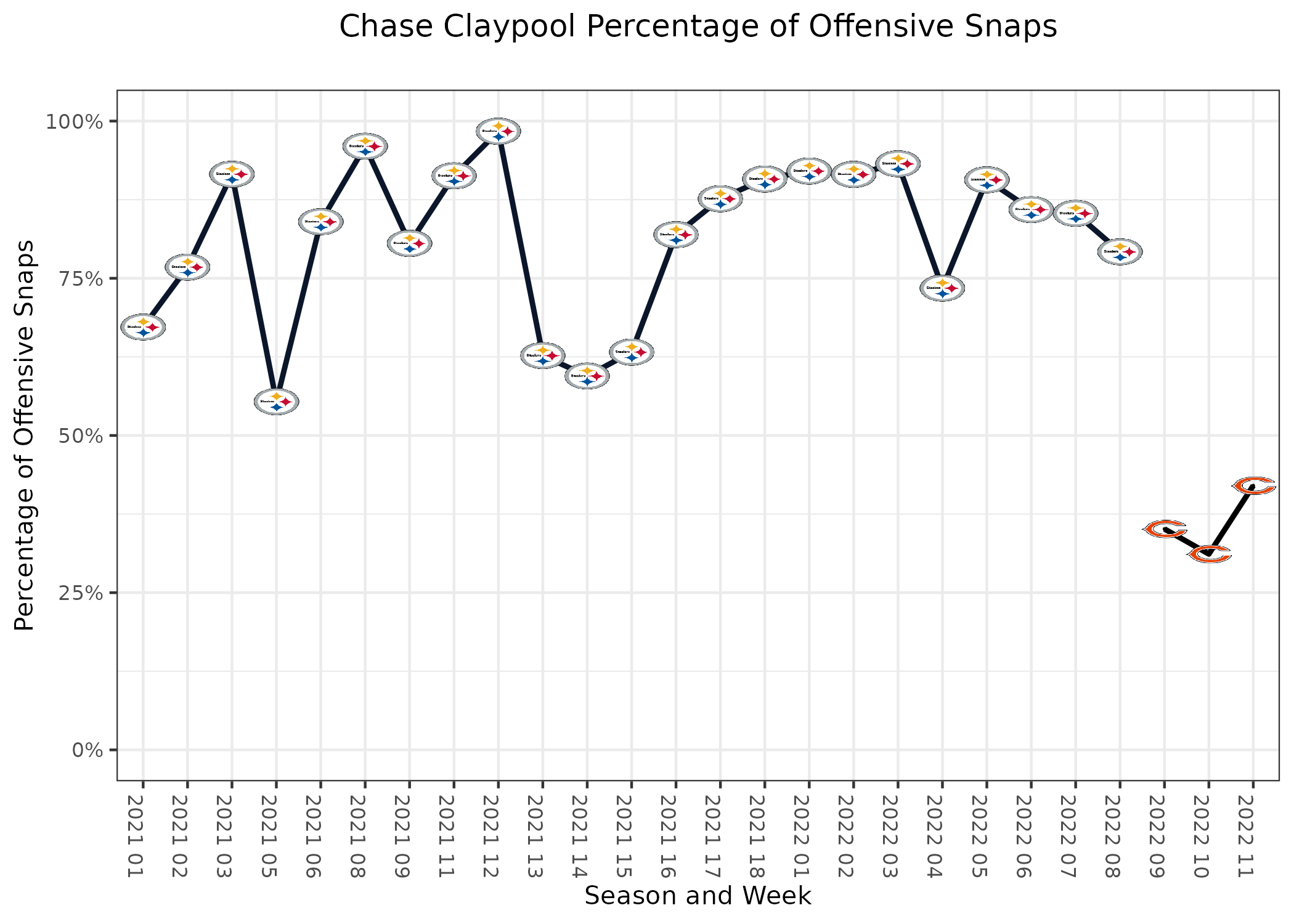 Monitor Justin Fields’ health: Fields played the entire game for Chicago but was carted off after the game holding his left shoulder.