Hello, and welcome to Week 10 of the Expected Fantasy Points Report. If you’re unfamiliar with expected fantasy points, you can read this in-depth explanation from the offseason. You can also read more about expected touchdowns.

Through nine weeks of action, here are the top-25 players in expected fantasy points per game: 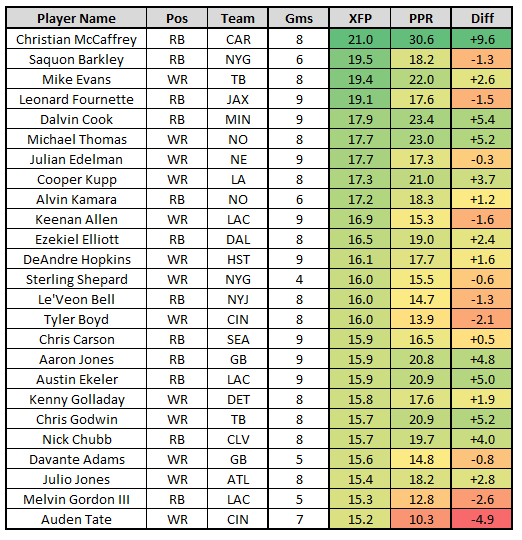 Without exaggeration, McCaffrey is on pace to put together the greatest fantasy season of all-time. However, it’s also the most efficient fantasy season we’ve ever recorded (in our dataset that goes back to 2007). On top of a 21.0-point per-game expectation, which ranks seventh-best over this span, he’s outscoring his expectation by 9.6 fantasy points per game. That ranks well above even the next-best season: Chris Johnson’s 2009 (+7.9). 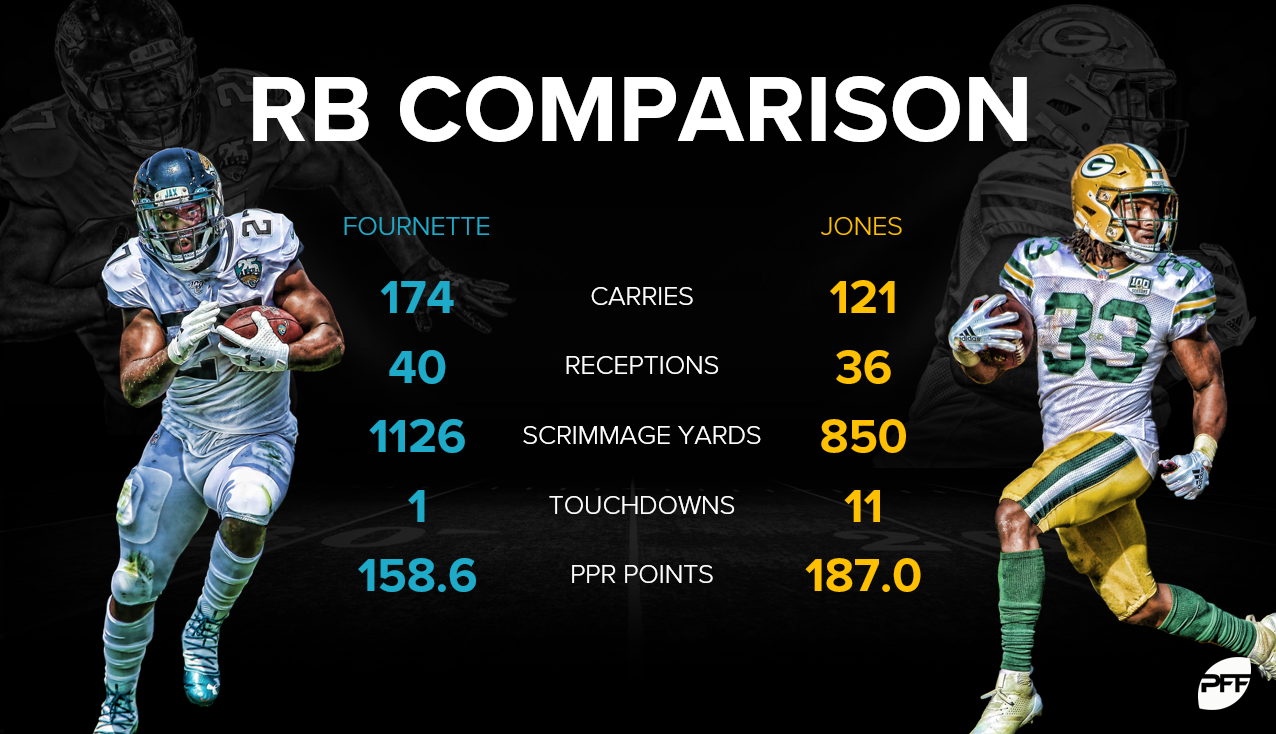 Among all running backs, Jones ranks fourth (20.8) and Fournette 10th in fantasy points per game (17.6). If both players were perfectly average in touchdown efficiency, Fournette would rank fourth in fantasy points per game (20.7) and Jones would rank 10th (17.4). Essentially, Jones has gotten very lucky in the touchdown department (0.6 touchdowns per game over his expectation), while Fournette has gotten very unlucky (-0.5). I say “unlucky” rather than “inefficient,” because touchdown efficiency is more related to luck than skill, and expected touchdowns are better at predicting touchdowns than any other stat (including actual touchdowns).