Clemson wide receiver Justyn Ross participated only in the bench press at the NFL combine and disappointed draft observers with his pro-day results, recording a 4.63-second 40-yard dash, a 31.5-inch vertical and coming four inches short of 10 feet in the broad jump.

Concerns about his ability to play outside of the slot in the NFL seemed confirmed, and it has been reflected in his stock in recent mock drafts. 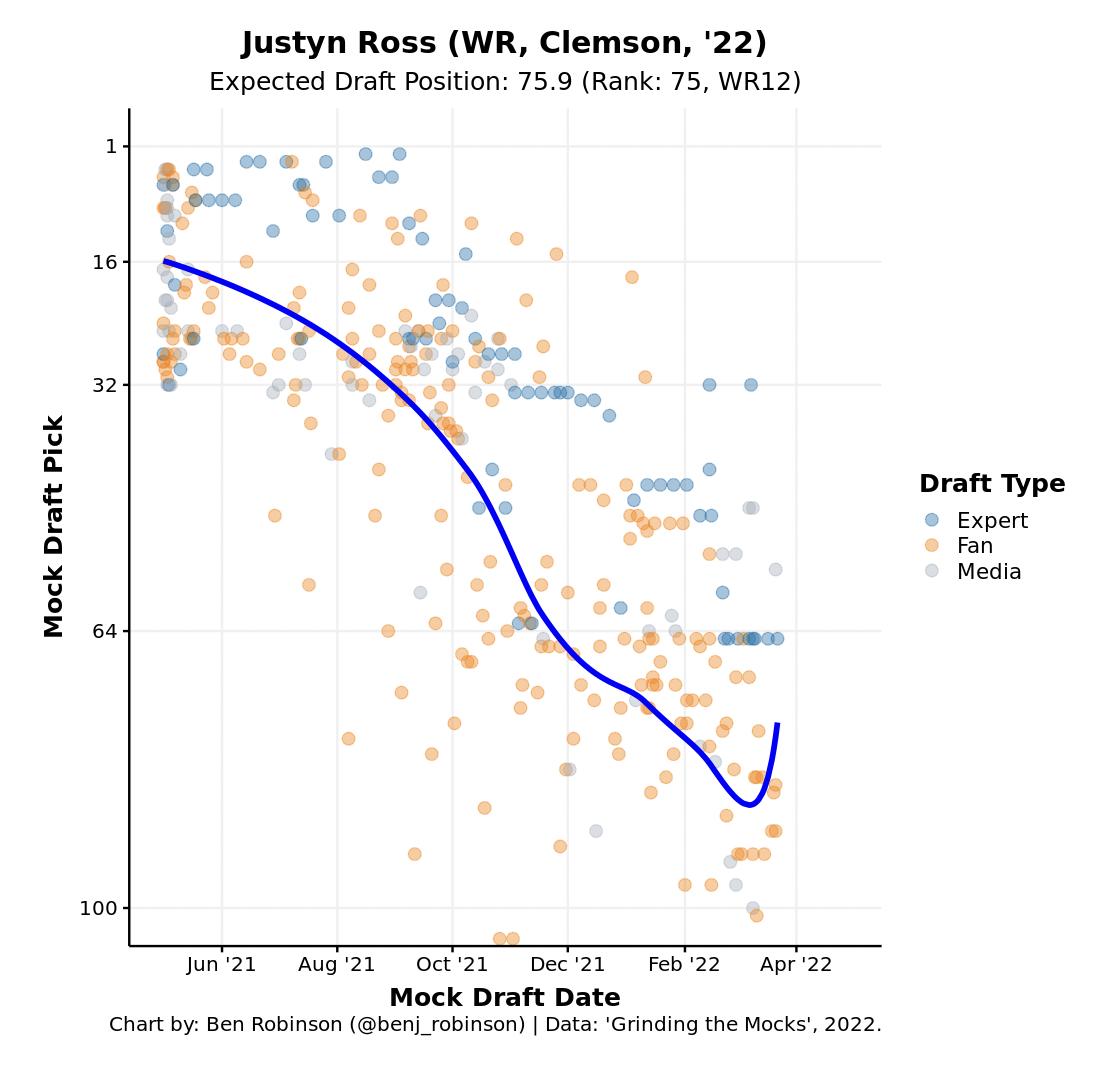 It seems like a lifetime ago, but after his sophomore season in 2019, some prominent draft analysts viewed the Clemson product as a top-10 pick, and he was ranked behind only Ja’Marr Chase among probable 2021 rookie wide receivers.

The 6-foot-4, 205-pound receiver was a medical redshirt after offseason surgery in 2020 to correct a congenital fusion in his spine, and his 2021 season was cut short with another surgery to fix a stress fracture in his foot.

After averaging over 20 yards per reception and leading college football in yards per route run as a freshman in 2018, Ross totaled fewer yards at a lower average per reception in his final two seasons.