• Fields struggles against man coverage (second-lowest EPA per dropback), which the Patriots play at the NFL's second-highest rate.

• Bet Patriots WR Jakobi Meyers o4.5 receptions (-105; playable to -110): Mac Jones' favorite target, Meyers led the team in targets and combined for 13 receptions in their past two games together.

• The clear No. 2 receiving option, St. Brown runs a route on over 60% of dropbacks and needs one target to cash this bet. It’s safe to assume Bill Belichick isn’t going to allow the Bears' top receiving option to beat him on Monday night. We should expect Darnell Mooney to get a decent dose of Jack Jones, which should lead to an uptick in volume for St. Brown.

• The Patriots' run defense has improved markedly as the season has gone on, limiting Nick Chubb to just 56 yards last week, and now they are facing a Bears offensive line that has generated a bottom five yards before contact per attempt. Khalil Herbert has been a bright spot despite limited carries in the Bears' offense, but that efficiency is unsustainable and as long as David Montgomery is healthy, he will dominate the touches, especially on early downs. 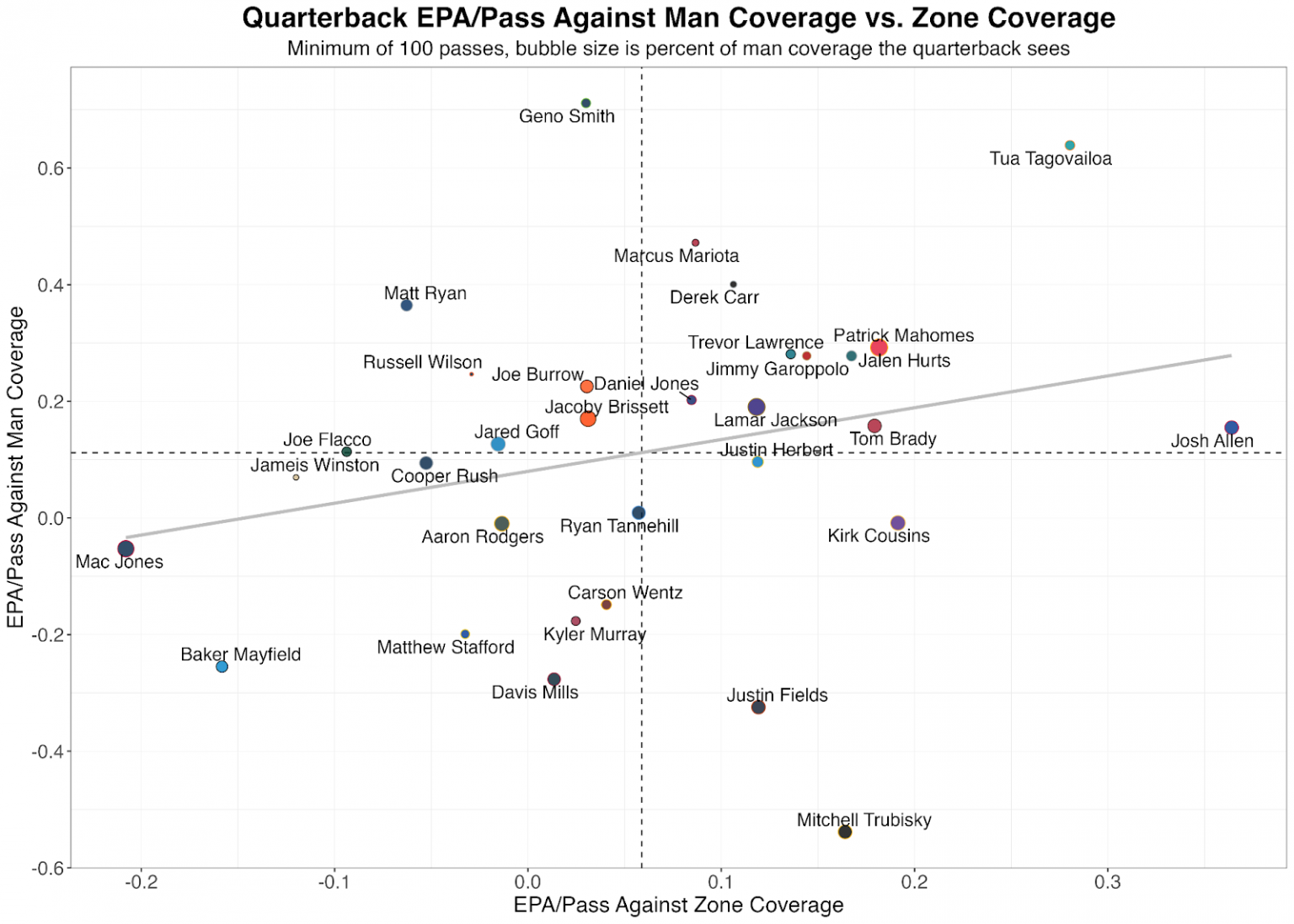 • Because of poor play and the lack of high-end receiving options, Justin Fields not only entered Week 7 with the highest rate of passes deemed uncatchable by PFF (29%), he has the 2nd-lowest EPA per pass against man coverage this season. The Patriots play man coverage on 52.1% of all passing plays, the second-highest rate in the NFL. This is an advantageous matchup for them, as they’ll frequently play man coverage, where the Bears offense has struggled this season.

Meyers is Mac Jones‘ favorite target. In the 2 games Meyers and Jones played together this year, Meyers led the team in targets and combined for 13 receptions. With Jones coming back from injury, there could be a lot more quick-game concepts where Meyers should thrive as the team's primary slot receiver. His matchup is Kyler Gordon, who currently has the 6th-worst snaps-per-reception allowed this year, which is a positive sign for our bet.