NFL Week 17 same-game parlay picks: Bet on the Jaguars' passing game to feast on the Texans

• Bet on the Jaguars (+3521 SGP) to beat up on the Texans: Jacksonville is expected to play its starters against the NFL's worst team, meaning quarterback Trevor Lawrence and company should have a field day.

• Take the Jets (+3706 SGP) to thrive against Seattle's zone: Wide receiver Corey Davis has done well against zone coverage this season, and the Seahawks run zone at one of the highest rates in the NFL.

The Seahawks have been among the most zone-heavy defenses in the NFL this season, running it close to 85% of the time. And it's been a beatable scheme for opposing offenses, with Seattle allowing the sixth-worst dropback expected points added from zone.

While Jets wide receiver Garrett Wilson has been dominant in his rookie season, it has been Corey Davis — when healthy — who has done the most damage against zone coverage for New York. 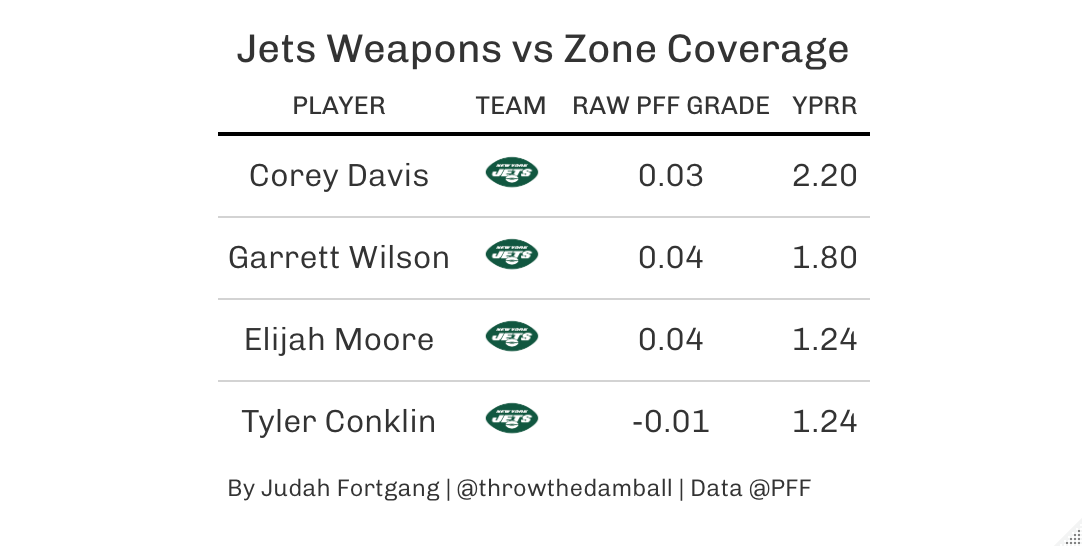 Davis leads the team in yards per route run and has done well to separate, as his PFF grade indicates. When healthy, Davis plays a notable role for the Jets, leading the team in routes run last week (41). Look for quarterback Mike White and the passing offense to have more success in Week 17, and lean on Davis in doing so.

The Dolphins' passing game is priced at a discount this week, likely due to Bridgewater replacing Tagovailoa and the Patriots' defense ranking first in EPA.

But we’ve been fading the Patriots' pass defense for weeks now (with success) on the assumption that their high EPA ranking is mostly a product of facing backup quarterbacks.

With wide receivers Tyreek Hill and Jaylen Waddle both ranking top five in yards per route run and with head coach Mike McDaniel still calling the plays, there is plenty of room for offensive efficiency and volume from the Dolphins' passing game. The team passes the ball five percentage points over expectation, and there is little to suggest Bridgewater is a clear and obvious downgrade from Tagovailoa. In the small sample — Bridgewater’s one start — he threw for 330 yards and both Hill and Waddle well exceeded 100 yards receiving.

The Story: Jaguars play their starters and win through the passing game

The Jaguars are only three-point favorites against the lowly Texans, likely because of the fear the Jaguars don’t have much to play for.

But Jacksonville has made clear they intend to play their starters, and the result of the game still has minor playoff implications, as PFF’s Timo Riske showed.

If the Jaguars are truly playing their starters, they are priced at a serious discount. 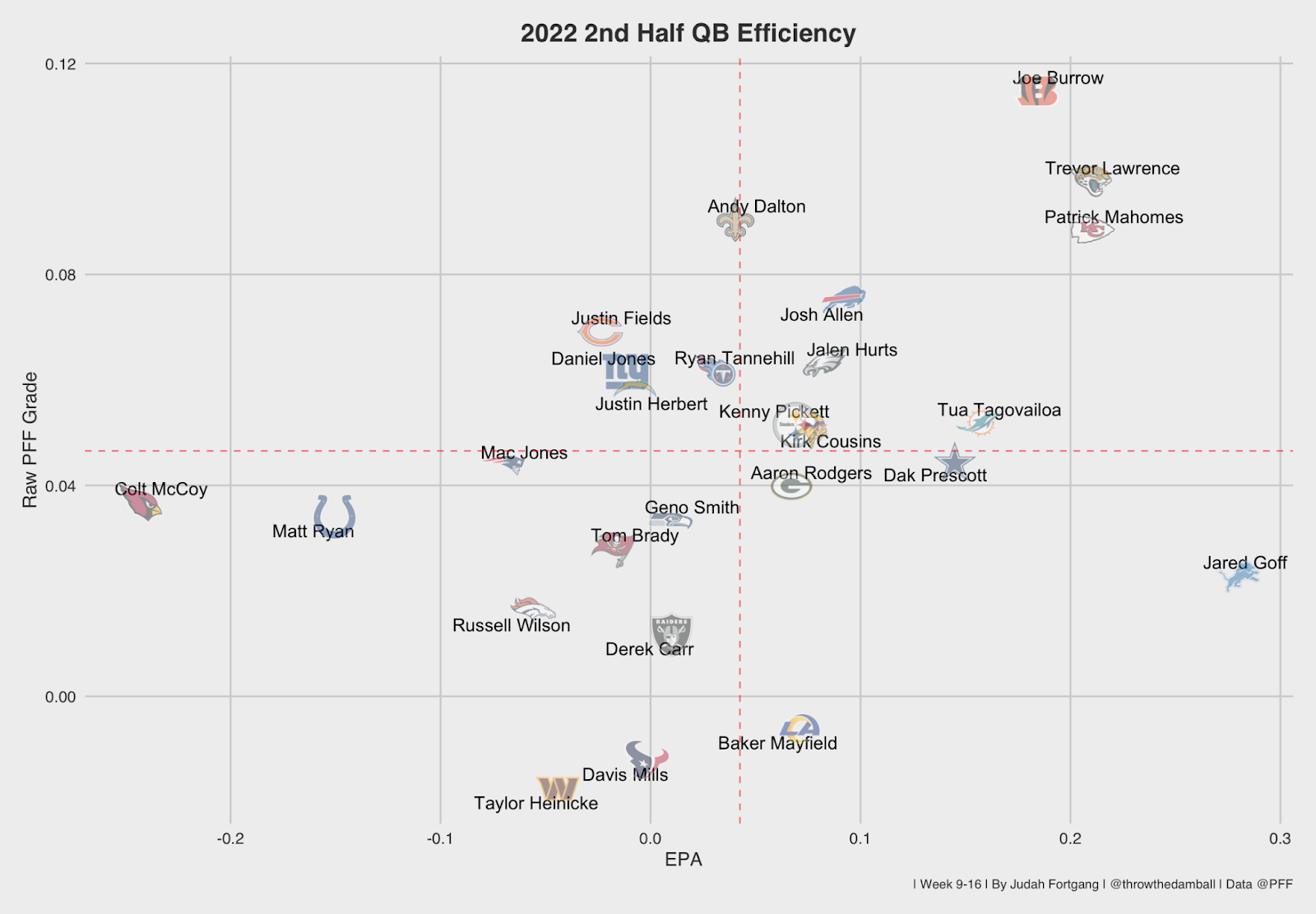 Since Week 9, quarterback Trevor Lawrence has been perhaps the best-producing signal-caller in the NFL. His matchups in that stretch haven't mattered much, as Lawrence has put up numbers no matter the opponent.

Should Lawrence play a full game here, the matchup is unimposing, especially on the inside where linebackers Christian Kirksey and Christian Harris roam in coverage. 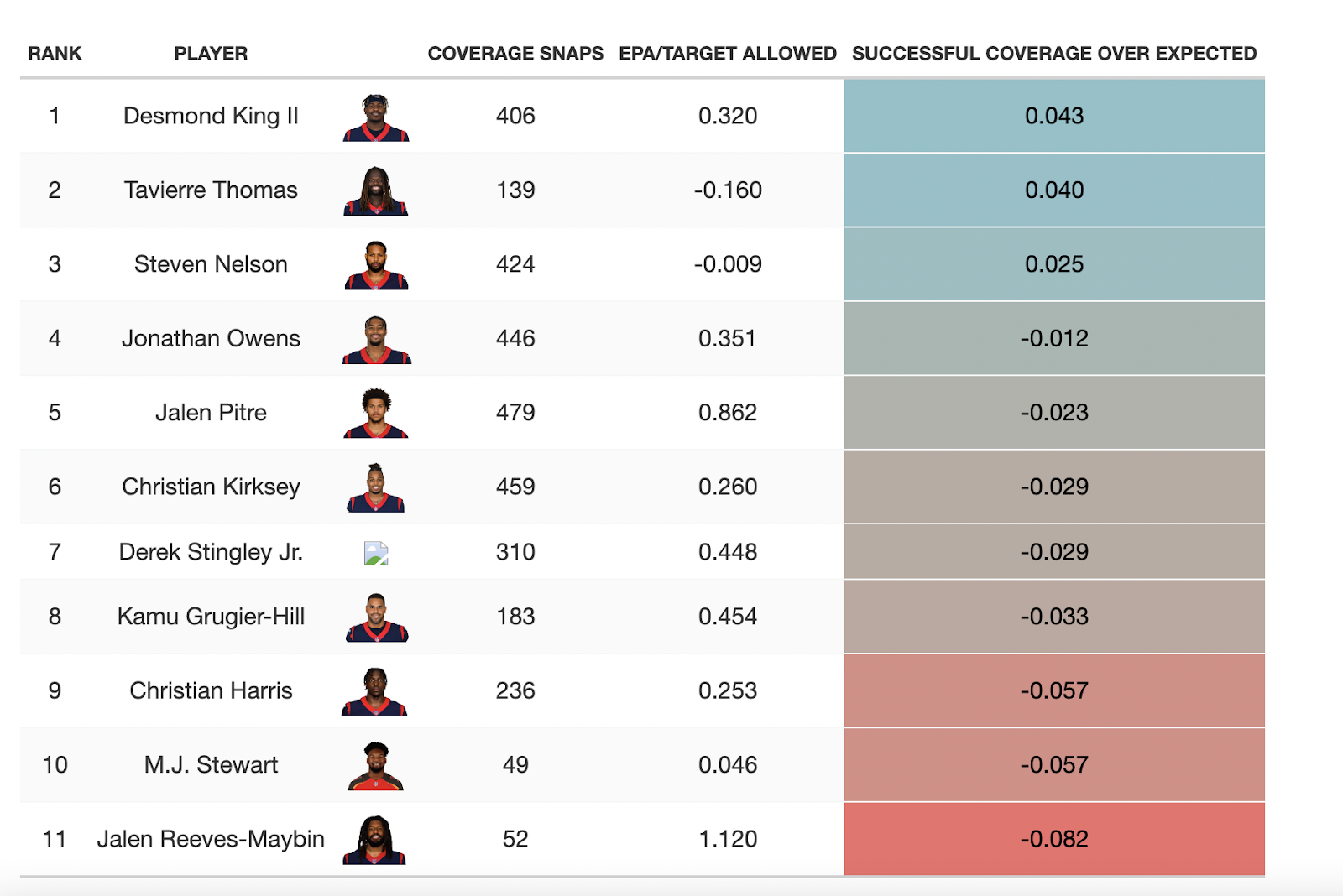 Look for Lawrence to continue to cook and find tight end Evan Engram and wide receiver Christian Kirk over the middle of the field to take advantage of the Texans' biggest weakness.