Three-time defensive player of the year J.J. Watt reportedly “crushed” his conditioning test and has been participating in team drills at training camp. Early in his career, Watt established himself as one of the most-dominant pass-rushers in the game, earning elite grades in four of his seven professional seasons and from 2011-2015 he racked up an incredible 415 quarterback pressures, which was by far the most among all defensive players in the game. Due to injury, Watt has managed to play just 374 defensive snaps in the last two campaigns, so it will be relief to see him back on the football field again. 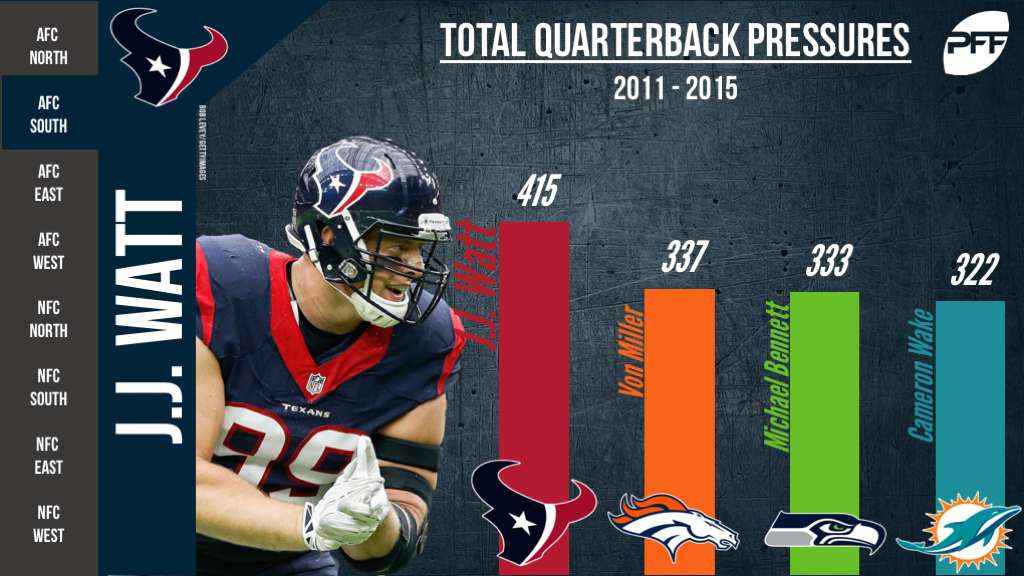 The team has placed edge-defender Dante Fowler on the active/PUP list. As a member of one of the best pass-rushing units in football, he showed flashes las year and racked up 37 pressures from 333 pass-rushing snaps for a pass-rushing productivity of 6.9, which ranked 33rd among the 54 edge defenders with at least 300 pass-rushing snaps. After the team declined his fifth-year option earlier this offseason, Fowler will need a strong showing this year if he’s going to turn heads in free agency, so this latest setback is less than ideal for the fourth-year pass-rusher.

Per George Bremer of the Herald Bulletin, receiver T.Y. Hilton and quarterback Andrew Luck are “definitely in sync.” By all accounts, Luck is looking promising in team drills and it’s an added bonus that Luck and Hilton are regaining their chemistry. At their best, the Luck-to Hilton connection is one of the most lethal tandems in the league, especially on deep passes, where the duo has tallied 64 completions from 138 targets, for 2371 yards and 20 touchdowns. All told, the pair has generated a completion percentage of 46.4 percent and a passer rating of 129.4 on their passes of 20-plus yards downfield, both of which are good for second among the 27 duos that have tallied at least 100 deep passes over the last 12 seasons. 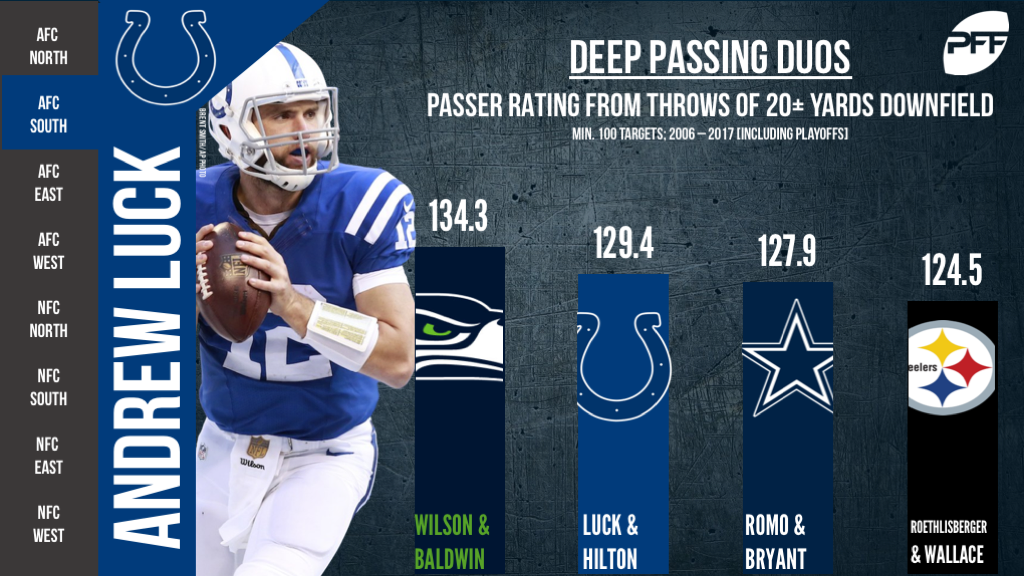 Veteran safety Johnathan Cyprien will miss the 2018 season after he suffered a torn ACL at training camp. It’ll be a huge hit to the Titans secondary and their run defense this year, as Cyprien performed admirably against the run in 2017. All told, he tallied 15 run stops from his 197 run-defense snaps, which resulted in a run-stop percentage of 7.6 percent, the best mark among all players at the position.