Below is the 19th installment of our weekly PFFELO rankings. Like all ELO systems, PFFELO is an iterative system that updates each team’s rating after each game based on two things: how well they played against their opponent and how well they were expected to play against their opponent. The PFFELO rating system measures the former using our unique offensive, defensive and special teams grades, while the latter is determined by the PFFELO ratings leading up to the game and where the game is played.

Here are our ranks for the eight-team playoff field as we head into the Divisional round of the 2017 NFL playoffs:

In the ‘the rich get richer' category, the Patriots go from likely facing the Chiefs this week (seventh in our rating system) to the Titans (17th), increasing their probability of winning the Super Bowl to 46.6 percent. The Titans' defense closed the door in the second half against the Chiefs in their win, but like most of the season, they were facing an opponent at less than optimal strength. Their schedule of opposing offenses was 32nd in our system, and Travis Kelce was out for the Chiefs in the second half. That will not be the case this week in Foxboro, as the Patriots boast the league’s highest-ranked offense in our system, an improving defense and a scandal that is sure to have everyone on their most pliable behavior come Saturday night.

Like the Pats, Pittsburgh draws an opponent that (on paper) is vastly inferior to them. However, the last time the Jaguars went into Pittsburgh, they were able to take advantage of sub-optimal play calling by the Steelers (they ran the ball only 20 times against a struggling Jacksonville run defense) to force a bevy of turnovers and win what ended up being a laugher. With Antonio Brown (93.7) likely slowed by a calf injury, look for the Steelers to do a better job of attacking the Jags with Le'Veon Bell, whose 836 rushing yards after contact were second in the league this season, while picking their spots against the league’s best pass defense. While Jacksonville’s offense is nothing to write home (or to anyone, frankly) about, it will be interesting to see how Pittsburgh’s Ryan Shazier-less defense will be able to hold up against Leonard Fournette in the traditional run game and Blake Bortles (83.8 grade as a scrambler) when he takes off for runs.

The Vikings come off a bye week with one of the healthier teams going. All 11 of their opening-night starters in both their nickel and base defense are going to start Sunday. When they dominated the Saints' offense in Week 1, it was because they were able to limit the Saints to four field goals and just one (garbage-time) touchdown when they got into Vikings territory. With both Alvin Kamara and Mark Ingram taking on larger roles than they did in that game, it will be up to linebacker Anthony Barr (80.5) to continue his rebound season and join superstars Linvall Joseph (88.1), Everson Griffen (90.6), Harrison Smith (98.8) and Xavier Rhodes (83.9) to slow what might be the best offense going in the NFC right now.

Our metrics’ darlings finally put together a game that we knew they could in Los Angeles Saturday, thoroughly handling the Rams from start to finish. They are now, weirdly, loved by the market, representing the only team to be favored against a  No. 1 seed in the second round of the playoffs in NFL history. If they are going to have success offensively against the Eagles' stout front seven, they’ll need guards Wes Schweitzer (two sacks and two hurries allowed last week) and Ben Garland (one hit and six pressures allowed) to play better than they did against Aaron Donald and the Rams. If Matt Ryan has the requisite time, there’s matchups to be had with Julio Jones (91.8) and Mohamad Sanu (81.2) against Jalen Mills (72.6) on the outside.

The Saints survived a last-second scare at home against the Panthers, allowing more than 400 yards for the second-consecutive week, despite generating four sacks, two quarterback hits and 10 hurries. They really struggled in the slot, where P.J. Williams allowed five of the seven passes into his coverage to be complete for 67 yards. The Vikings have one of the best slot receivers going in Adam Thielen, who is tied for fourth among qualifying wide receivers in yards per route run (2.11), which could continue their defense’s trend of declining play. Luckily for the Saints, their second-year star Michael Thomas leads the NFL in that category (3.63), giving them an option to attack the middle of a Minnesota defense that has been one of the league’s best all season.

We will soon learn if the gnashing of teeth over Nick Foles’ poor play during the last two games of the season is reason enough to dismiss the first 13 games of the Eagles’ season. With Foles being a paltry 12-of-27 on passes traveling more than 10 yards in the air (and 2-of-12 on passes traveling more than 20 yards), the Eagles will need to rely on their backs and tight ends to generate plays in the passing game this week. Unfortunately, the Falcons have one of the best coverage linebackers in the league in Deion Jones (90.5), who helped neutralized Todd Gurley a week ago in Los Angeles. Throw in the strong play of De’Vondre Campbell (78.4) and Keanu Neal (87.8), and we have a hard time being bullish on the likes of Zach Ertz (fourth among tight ends in yards per route run) and company overcoming the lack of Carson Wentz in this one.

In what was a completely suffocating performance Sunday against the Bills, the Jaguars' defense overcame their own less-than-capable offense to keep Buffalo out of the end zone, forcing two turnovers and generating two sacks, five quarterback hits and 18 hurries. When they beat Pittsburgh the last time, they were similarly inept offensively, but the defense forced five turnovers and held Le’Veon Bell and company to 70 yards on the ground. They will need this type of performance to secure a similar upset and advance to their first conference championship since the turn of the century.

The Titans pulled off a stunner last Saturday in Arrowhead Stadium, highlighted by Derrick Henry’s 156 yards on the ground (the obvious question being why he carried the ball fewer times that DeMarco Murray (71.2) this season notwithstanding). The real turn of the worm came from the improved play of quarterback Marcus Mariota, who generated a 99.1 passer rating from a clean pocket, including a 22-yard touchdown strike to Eric Decker to take the lead. His passer rating on such throws was below 80.0 in the regular season, and throwing from a clean pocket is one of the more stable things a quarterback does. He’ll have to continue his improved play for the Titans to have any chance this week in Foxboro against the Patriots. Color us not convinced. 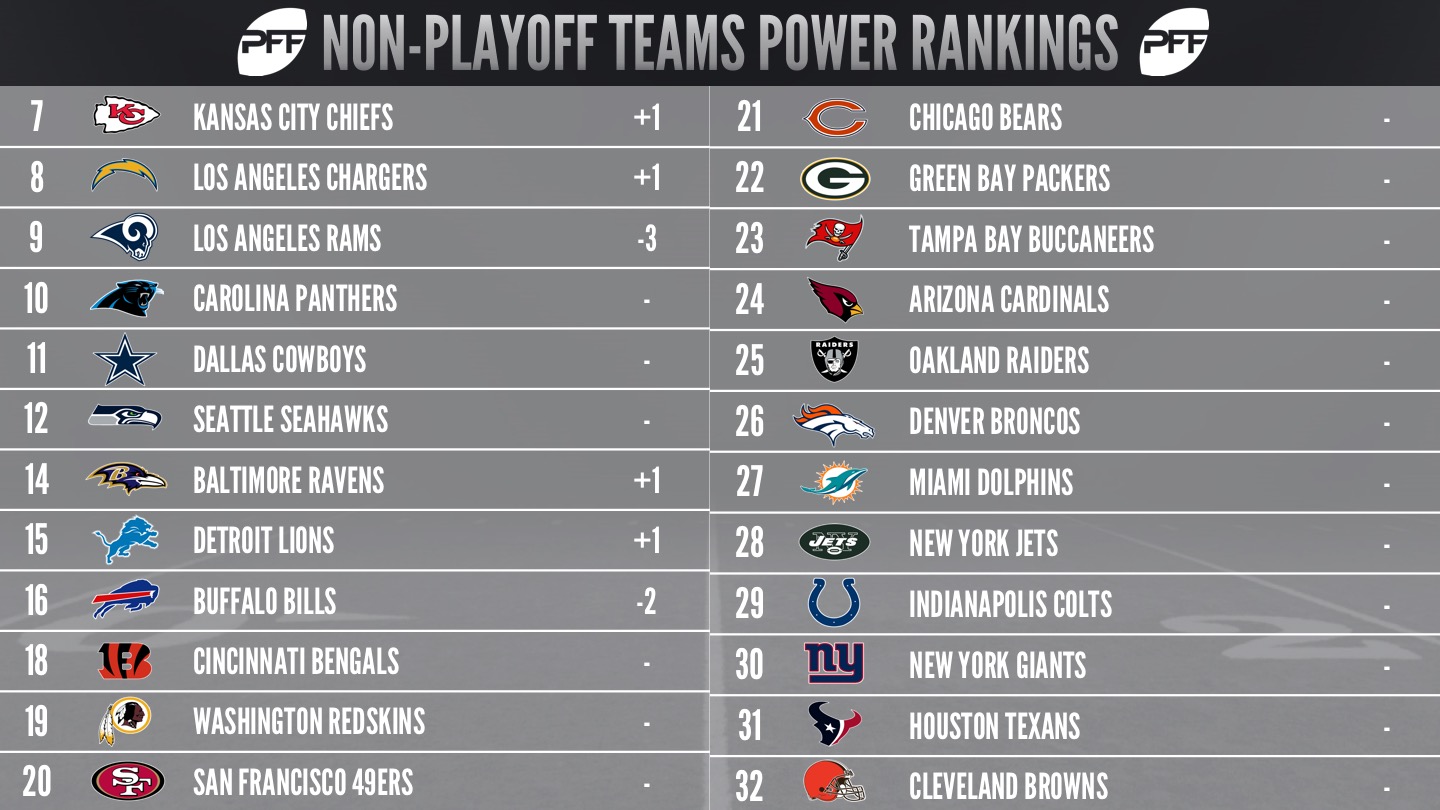