• Best CPT values: Commanders WR Terry McLaurin has the most positive leverage for the CPT spot.

• Best FLEX values: Bears WR Darnell Mooney and the Washington Commanders defense look like the best value in the FLEX position among the highest-salaried players.

• A breakdown of methodology and the most similar historical matchup to this game: 2022 Week 3: Chicago Bears–Houston Texans, with Justin Fields as himself and Davis Mills playing the role of Carson Wentz.

• Comparison of player ownership projections for FLEX and CPT, produced by a model trained on 2018-2022 Showdown contest results to optimal allocations.

The spread and over/under are similar in these matchups (Bears -3, 39.5 O/U versus this matchup at Bears -1, 38 O/U). All the players aren’t perfect matches, but that’s why we use 100 similar matchups and not just the single most similar. 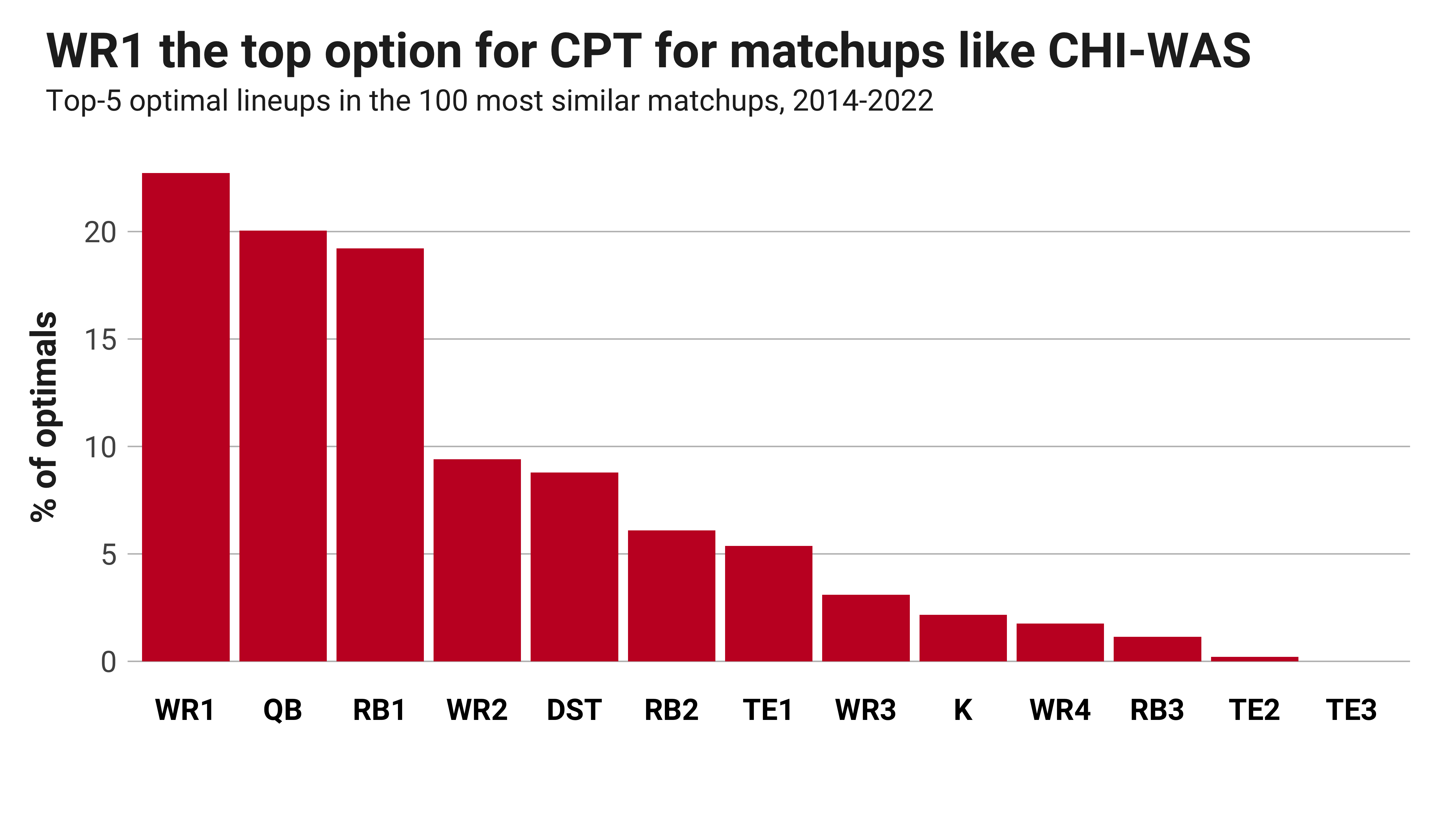 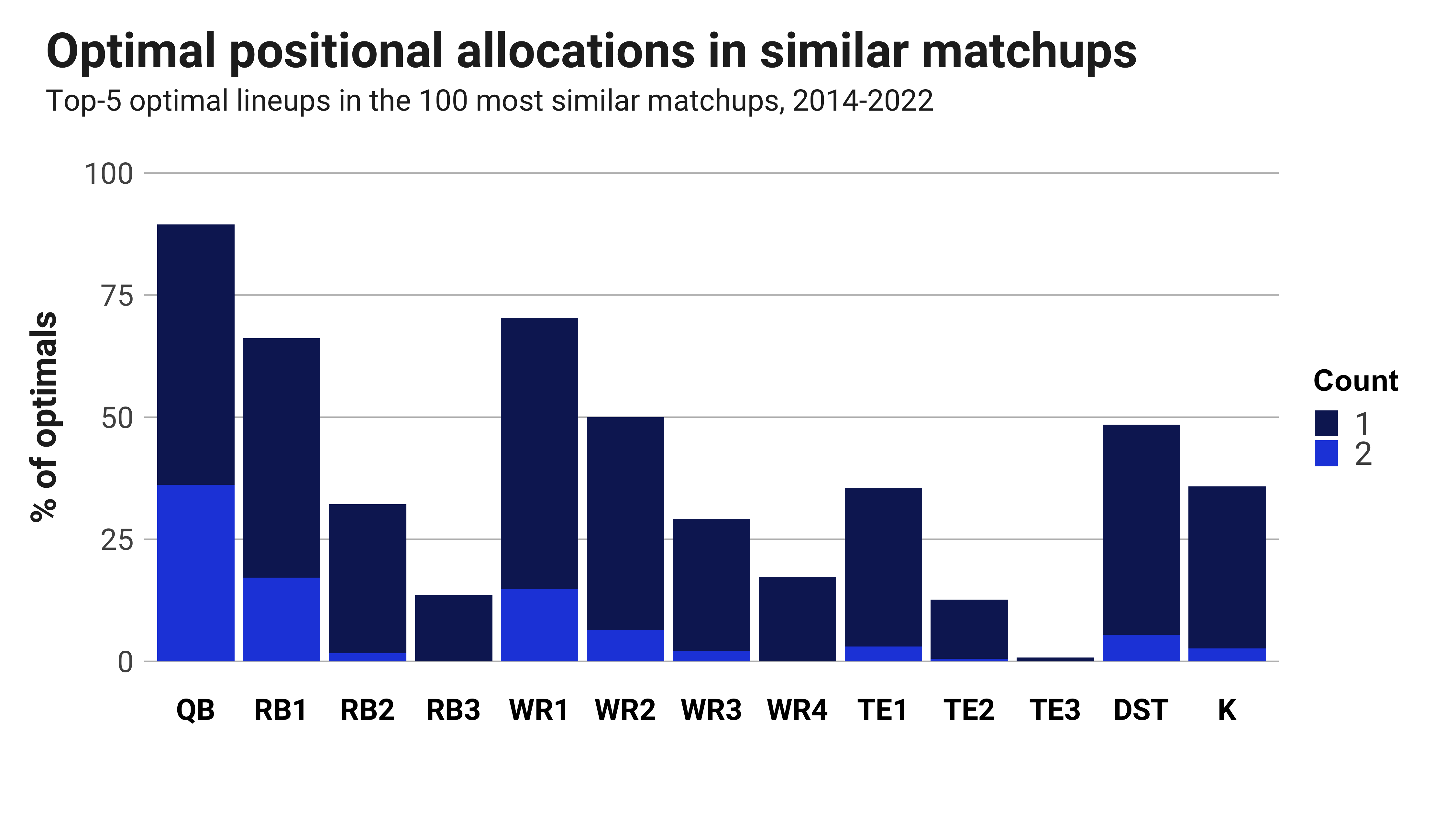 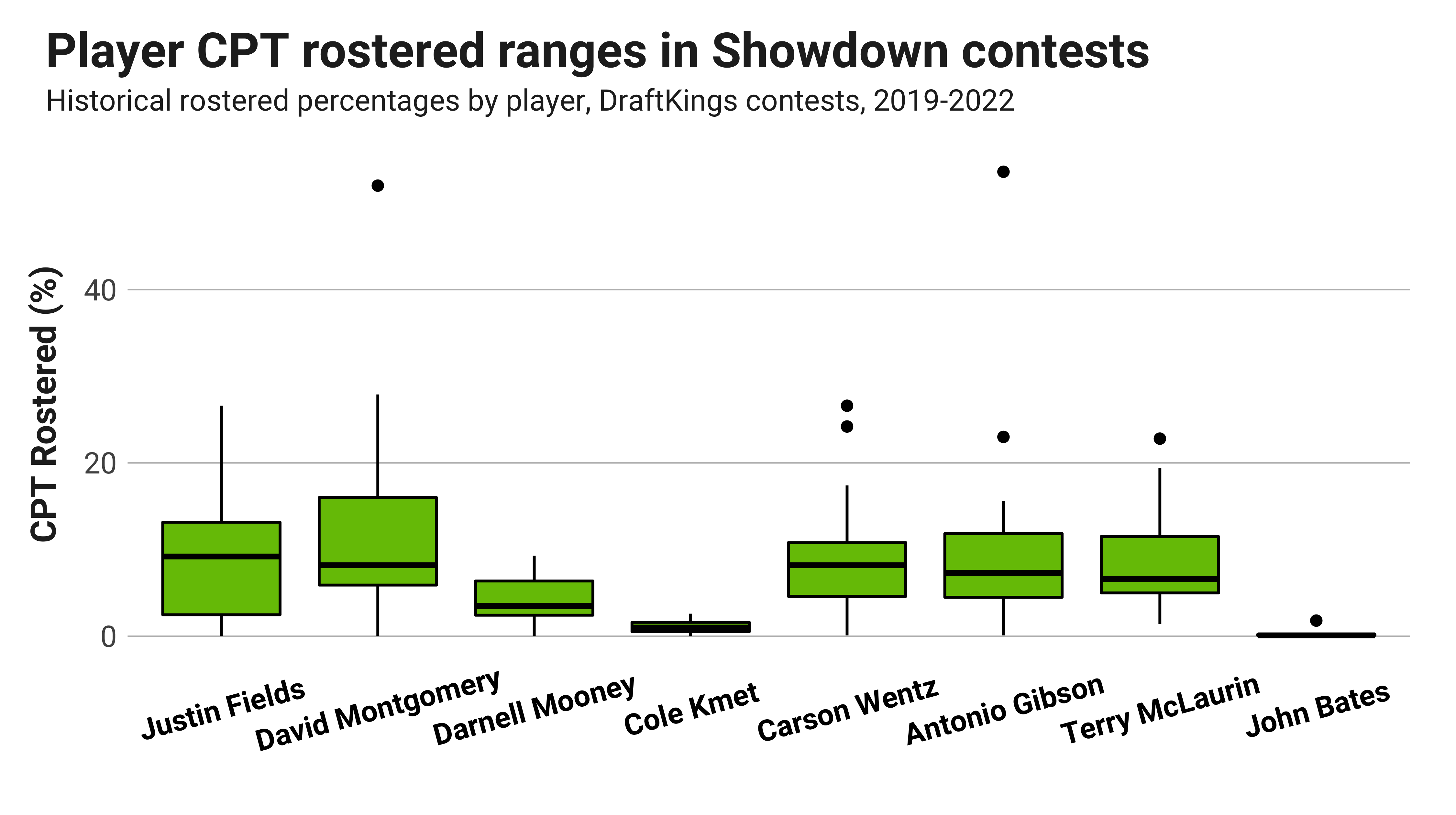