The draft can forever link some players in ways that aren’t totally fair to at least one of them. Ryan Leaf and Greg Oden were always going to be legendary busts, but the fact that they were taken right next to Peyton Manning and Kevin Durant just makes us double down on the disappointment in a way that, say, JaMarcus Russell and Anthony Bennett never quite get credited with.

But then some players have their fortunes intertwined by the draft in a way that makes sense. For example, before 2018, Jameis Winston and Marcus Mariota were linked together not just by their draft status, but by their respective results, which stayed close together as well.

Even more linked? The two quarterbacks taken atop the draft a year after those two: Jared Goff and Carson Wentz. Not only were they the first two quarterbacks off the board, they and fourth-rounder Dak Prescott are the only picks that year who have proven to have much NFL value so far, with Jacoby Brissett the next most productive name off the board and Paxton Lynch and Christian Hackenberg the third and fourth quarterbacks drafted.

In other words, when we look back at the 2016 draft, we’ll look at three quarterbacks, with little likely to join them. And both their teams have established themselves as strong competitors, with Wentz winning a Super Bowl and Goff making a different one. But if you’re playing fantasy in 2019, which one of these forever-linked quarterbacks do you want?

Both quarterbacks struggled as rookies, albeit to very different degrees. Wentz seized the starting job from Week 1 as the Eagles traded Sam Bradford to Minnesota and started out like gangbusters, entering the Eagles’ Week 4 bye with 769 passing yards and a 5:0 TD:INT ratio. He was QB13 at that point, averaging 17.6 fantasy points a game. Wentz played the rest of the season but couldn’t come close to that success, averaging under 13.5 fantasy points a game and finishing as QB24 from Week 5 on.

Goff would have killed for that level of “success,” though. He took over for starter Case Keenum just past the season’s halfway point and could not really have done much worse, averaging barely nine fantasy points a game over seven games. There were already whispers of him being a bust. 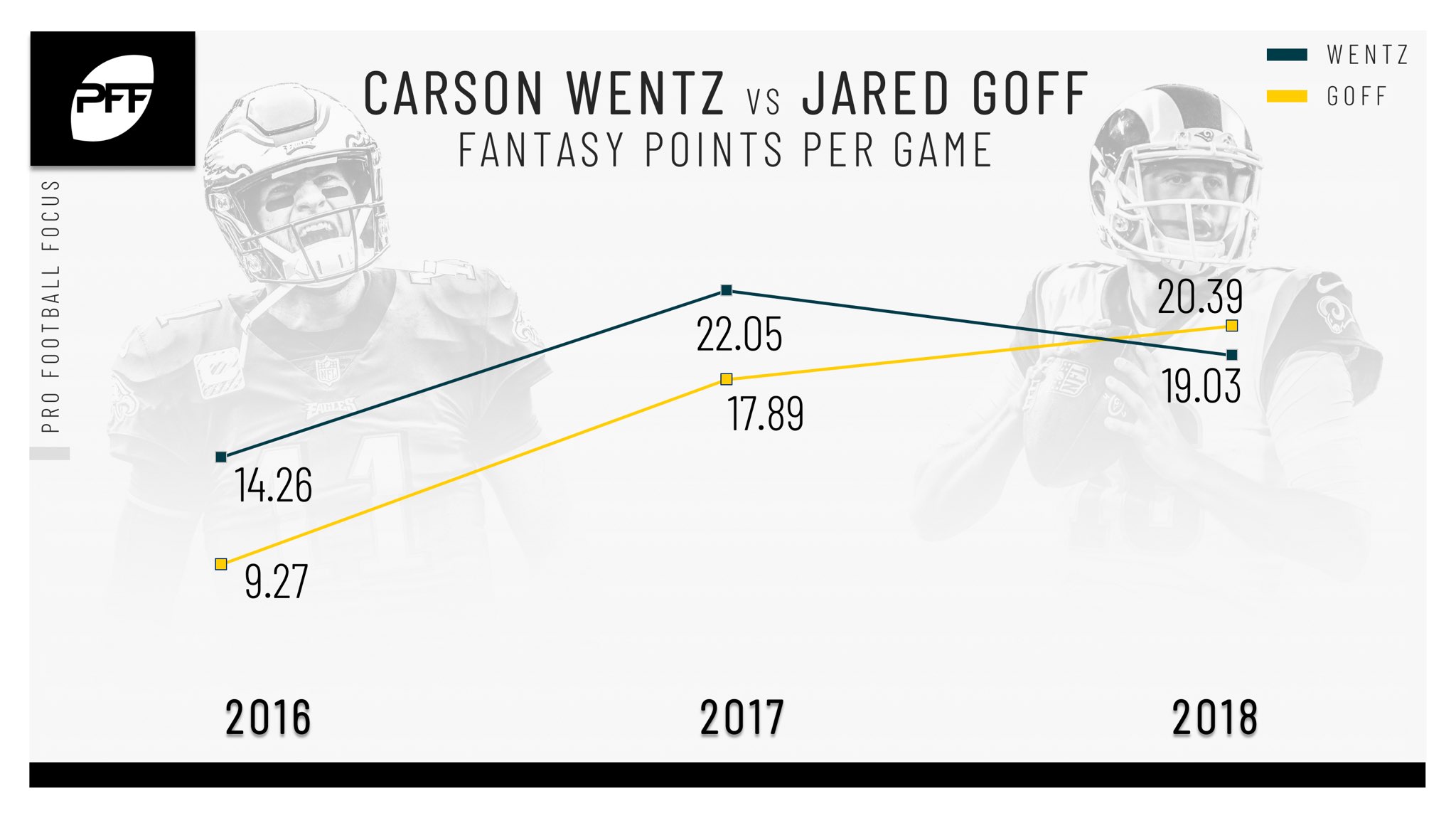