The case for Ezekiel Elliott as fantasy's No. 2 RB

Ezekiel Elliott ranked third in fantasy football points per game in each of his first two seasons in the NFL before finishing sixth-best in 2018. By 2019 ADP, he’s typically selected as the second player off the board — behind only Saquon Barkley.

Although this might seem like a slight overvaluation based on his prior finishes, that’s exactly where I have Elliott in my own rankings.

Why? Mainly, Elliott is coming off of the best volume of his career, and what was actually a historically great volume-based season for a running back.

Efficiency was never a concern for Elliott. Since entering the league, he ranks top-five in both yards per carry average (of 36 qualifiers) and yards per target average (of 35 qualifiers). Rushing volume and production were never a concern either — he’s led the league in rushing yards per game in each of his three seasons. However, a lack of target volume was always what kept Elliott out of the top tier in my own rankings.

It's really hard to be a PPR superstar at the RB position and not draw meaningful targets. Ezekiel Elliott has overcome the odds twice so far. Can he do it again? pic.twitter.com/tNXOMewTRe

However, it appears this is no longer a concern for Elliott. He totaled just 58 receptions through his first two seasons in the NFL but saw that number jump to 77 last season. He averaged 6.3 targets per game, or the fifth-most among all running backs. In conjunction with his rushing volume, it was historically great usage. 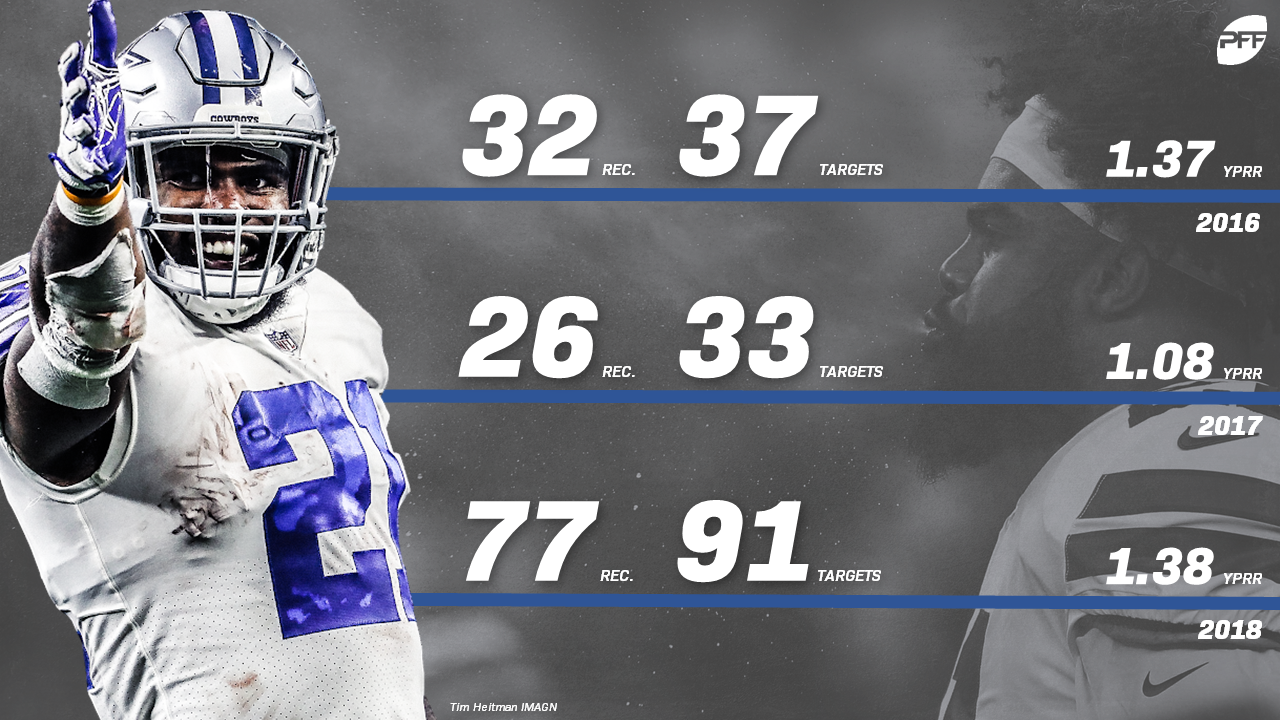 Over his last 16 games (including the postseason), he totaled 335 carries and 101 targets. By weighted opportunity, that’d be worth 354.9 points, or what would rank eighth-most since targets became a stat (1992) if over a full season.

Over Elliott’s prior 16 games, he totaled just 268.1 weighted opportunity points. In fact, it’s almost shocking Elliott was such a fantasy superstar despite the minimal work as a receiver before last year. Clearly, if he was as productive as he was despite the poor target-volume, he has sky-high potential in 2019.

Based on this new workload, he deserves to be treated just as we would Le’Veon Bell in his prime.