We have reached Week 15 of the fantasy football season, and it’s time to look at rankings changers.

The fantasy playoffs are in full swing and even though the season is winding down there are still several developments each week that impact many players’ values. This past weekend included some clutch performances and also offered a fair share of disappointments.

As we close the book on Week 14 and look ahead to the slate of games for the upcoming week, let’s examine some of the players who are moving up and some that are moving down: 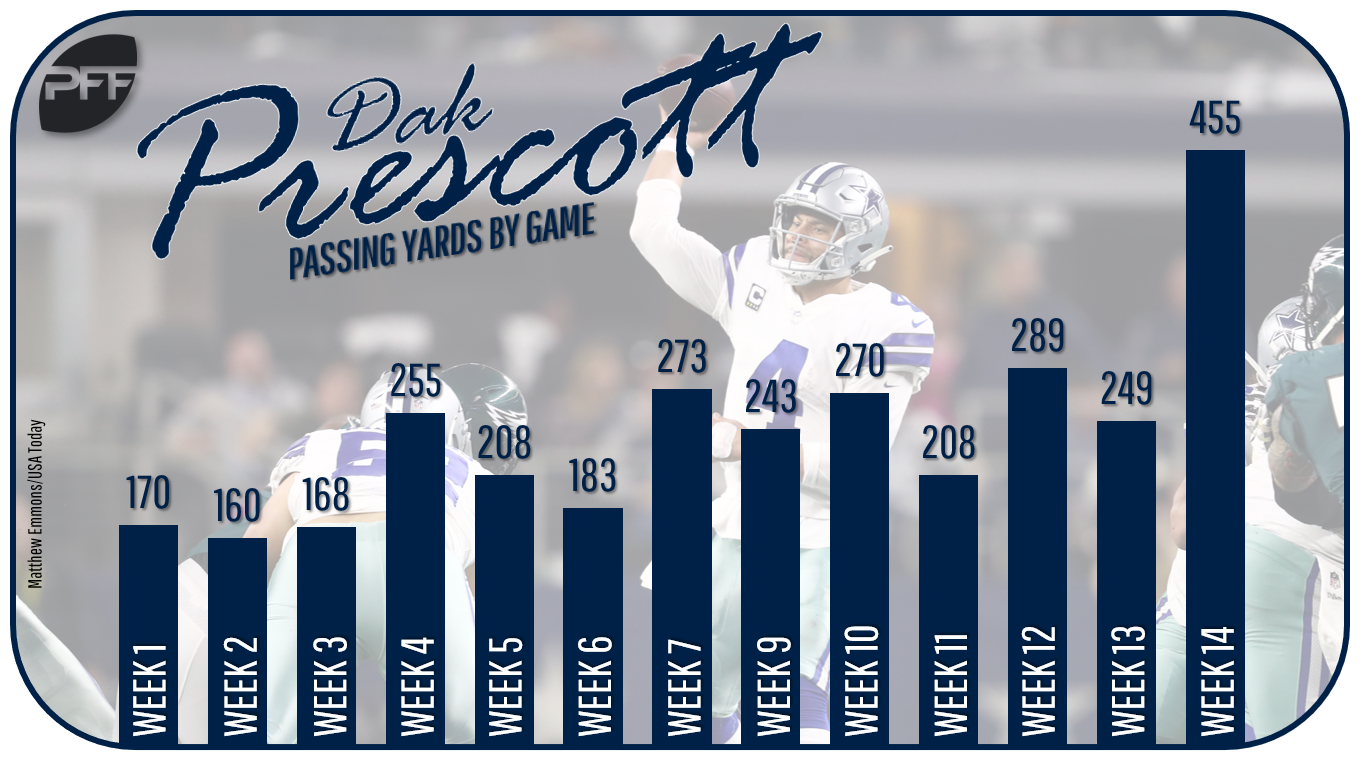 Despite a slow start versus Philadelphia, Prescott finished with 455 yards and three touchdowns. Prior to this outing the signal-caller hadn’t eclipsed 300 yards passing all year. … Tannehill (ankle) missed part of the second quarter in Miami’s win over the Patriots and only attempted 19 passes in the contest, but he still had three touchdown passes for the second straight week and delivered 265 yards through the air with 69 yards and one score coming on the final play of the game. … Allen’s passing numbers continue to remain mediocre, but he’s doing enough damage with his legs to put him on the fantasy radar. The rookie rushed for 101 yards on nine carries and has now rushed for 335 yards over his last three outings.

Henry turned in a performance for the ages in Thursday’s win over Jacksonville. He rushed for 238 yards and four touchdowns, including TD runs from 99 and 54 yards, while posting an astounding 2.81 fantasy points per touch. … The Bengals have been decimated by injuries, but Mixon remains a useful asset across all formats. He rushed for 111 yards and a TD on 26 carries and added five catches for 27 yards receiving. He now has 14 receptions over his last three games. … Samuels got the starting nod in Pittsburgh with James Conner (ankle) sidelined and delivered useful numbers for owners that entrusted him in their playoff lineups. He carried the ball 11 times for 28 yards and pulled in seven catches for 64 yards. He’ll remain in the RB2 conversation as long as Conner remains sidelined. … With injuries mounting in the Jets’ backfield, McGuire also stepped up nicely in Week 14 as he racked up 20 touches for 93 yards and a touchdown. Expect the Jets to take an extended look at the youngster down the stretch. 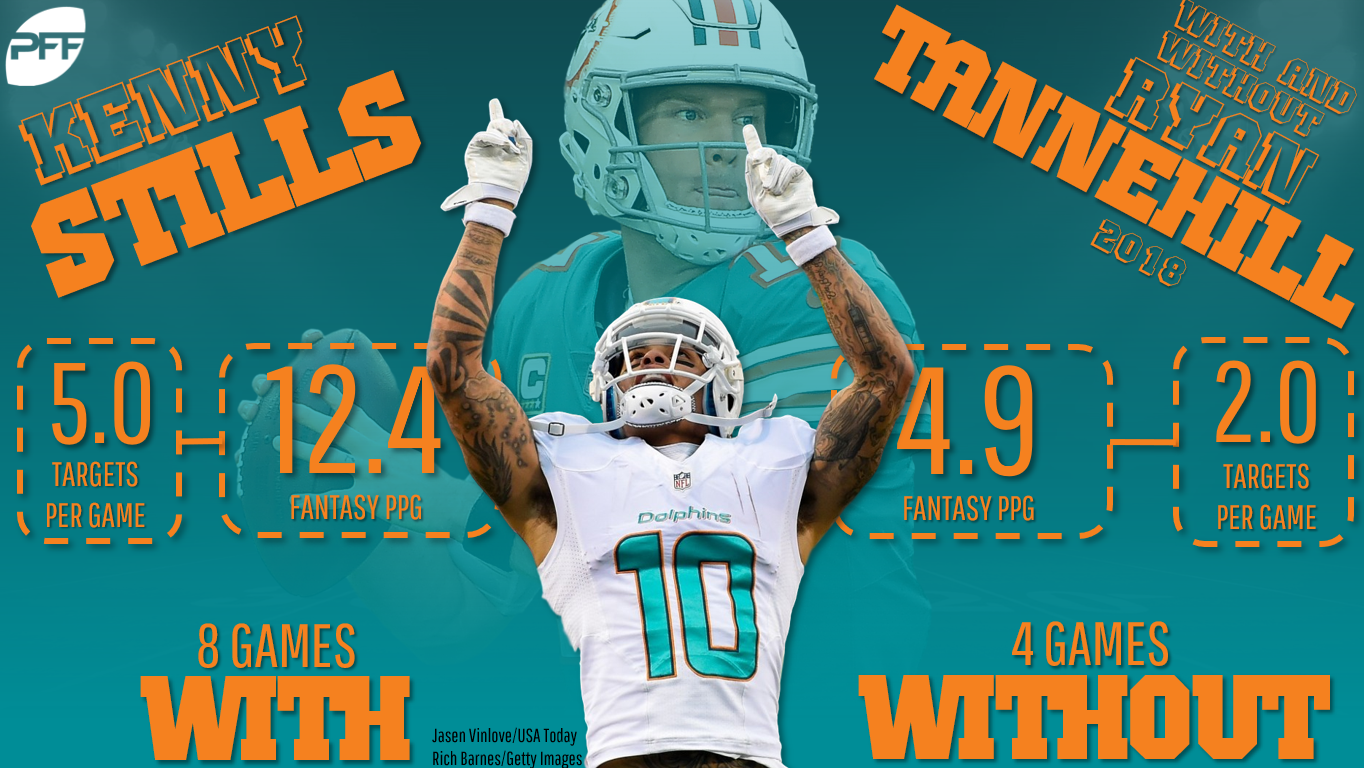 Cooper continued to deliver WR1 production for Dallas versus Philadelphia. He finished with 10 catches for 217 yards and three touchdowns. Over his past three contests he has 26 catches for 473 yards and five scores. … Despite only being targeted four times, Landry found the end zone twice, including a 3-yard run. He finished the day with 111 total yards on five touches. … Stills scored for the second straight week and delivered his best reception and receiving yardage totals of the season as he caught eight balls for 135 yards. As long as Tannehill is under center the speedster will remain a viable fantasy option. … Samuel continued to see his role in the Panthers’ offense increase. The second-year wideout posted back-to-back 80-yard receiving days for the first time of his career. He had never previously reached that mark in his 15 career games. … With Emmanuel Sanders placed on injured reserve, Hamilton could prove to be useful in Denver. The rookie saw a career-high nine targets and finished with seven catches for 47 yards while scoring his first NFL touchdown.

Kittle registered 210 yards and a touchdown on seven catches, including an 85-yard TD. He’s been targeted nine-plus times in four straight and is now the first tight end to reach 1,000 yards receiving in a season in franchise history. … Gronkowski netted 100 yards for the first time since Week 1 as he caught eight balls for 107 yards and a TD vs. Miami. He’s now scored in two of his last three games after finding the end zone just once in his first seven contests. … With Greg Olsen on IR, Thomas pulled in nine of 10 targets for 77 yards.

Newton, who has been nursing an injured shoulder, was bottled up by the Browns and went without a passing or rushing score, snapping an 11-game streak of games with multiple TD passes. It marked the first time since Week 7 of 2017 he failed to post a touchdown. … Brees continued to post modest passing numbers as he threw for 201 yards and one touchdown. He now has been held to one passing score in two straight games while boasting a 5.48-yard average depth of target. … After missing the past two weeks with a shoulder injury, Trubisky returned in the Bears’ win over the Rams. Despite the victory his numbers were lackluster as he passed for just 110 yards and one TD while being picked off three times. 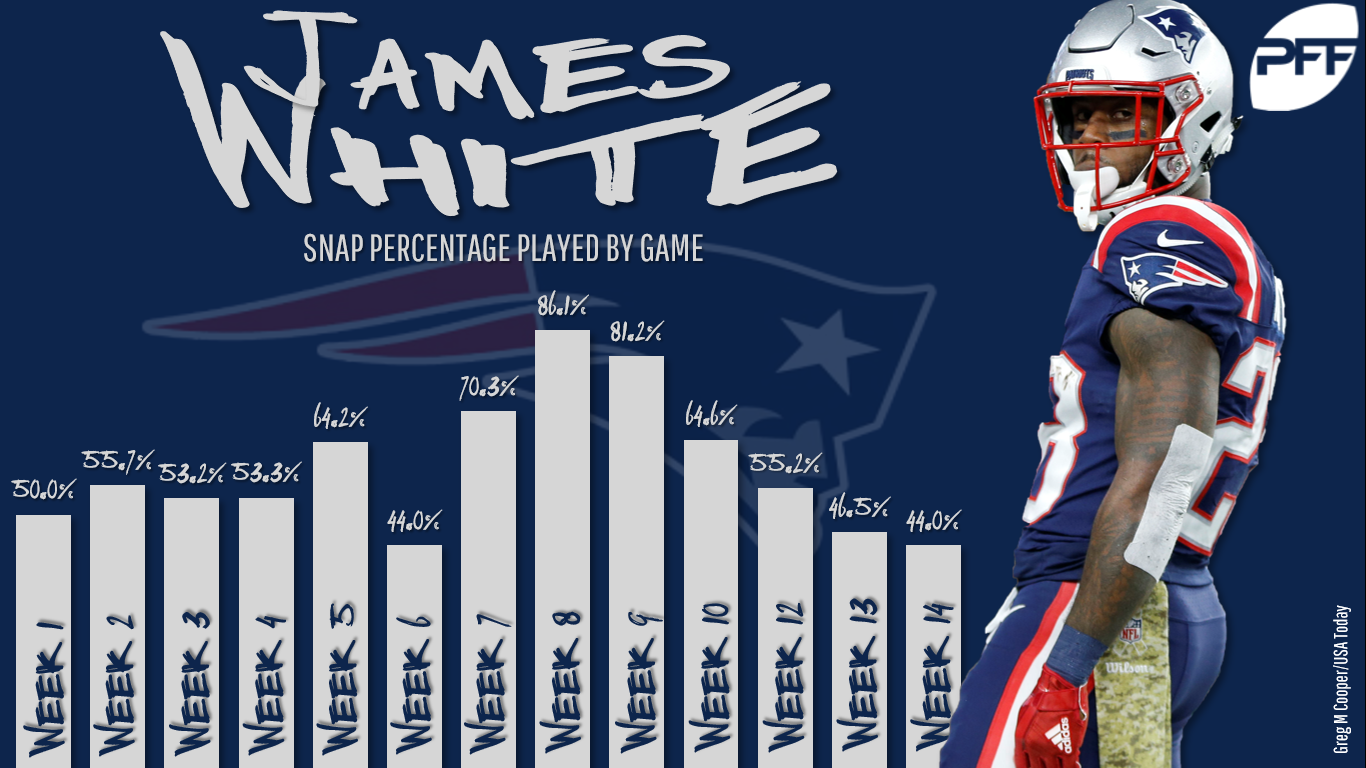 Game flow didn’t work in Coleman’s favor in Atlanta’s loss at Green Bay. It led to another disappointing day for the running back, who failed to crack double-digit PPR points for the second straight week and third time in five outings. … For the second time in three weeks White failed to break 15 yards receiving, turning in lowest PPR output of the season. He finished with four carries for 13 yards and had two catches for 15 additional yards. … Peterson cannot be trusted in any fantasy lineup with the quarterback woes for the Redskins. He carried the ball 10 times for 16 yards in the loss to the Giants. If you take away last week’s 90-yard TD run the veteran has tallied just 59 yards on his last 30 carries over his past three outings. … The Eagles only had 48 offensive plays despite playing into overtime vs. Dallas and that limited Adams’ production. He got seven of the team’s 14 rushing attempts, but only reached 36 rushing yards and went without at TD for the second straight contest.

The Lions’ passing attack lacks weapons and it is hurting Golladay’s production. He finished with just two catches on four targets for five yards against the Cardinals and with matchups ahead versus Buffalo and Minnesota it is unlikely to improve down the stretch. … For the fifth time this season, Davis failed to reach 35 yards receiving as he saw a season-low three targets. He’s proving to be a TD-or-bust fantasy starter during his second season as he finished inside the top 25 at the position in fantasy points only three times all season. … The narrative of Godwin being a fantasy stud when DeSean Jackson is not in the lineup came to abrupt halt in Week 14 against the Saints. He was targeted 10 times but managed to reel in just one catch for 13 yards. … After a hot start to his rookie campaign Ridley has cooled off significantly in recent weeks. Over his last contests he has reached 40 receiving yards or caught more than three passes just one time and scored only one touchdown during that span.

Graham played the most snaps since sustaining his thumb injury, but it didn’t lead to fantasy production as he finished with two catches for 13 yards on five targets. He went without a TD for the fifth straight game and has now gone scoreless in eight of his last nine overall. … Hooper pulled in all four of his targets vs. the Packers but was held under 40 yards receiving for a fourth straight game and has gone scoreless in over his last three outings. … LaCosse received just one target for a second straight week and can now be dropped across all formats.