Murray has been fine so far, averaging just over 16.0 fantasy points per game. That’s ahead of the paces of Andrew Luck and several others, but well off the ridiculous numbers at the top of the list. Still, Murray carries extreme upside, and hopes are high.

Well, no one saw this coming. Minshew wasn’t expected to ever see the field this year, let alone be battling Murray for No. 1 rookie QB status. And considering he was an emergency replacement in Week 1, it wouldn’t be hard to argue he’s outperformed Murray so far.

In just three games (two starts), Danny Dimes is only a handful of points behind this year’s top fantasy quarterbacks. Of course, there was a big difference in his fantasy numbers between Weeks 3 and 4, so let’s hold off before declaring him the next big thing.

For the most part, the top rookie running backs really hit the ground running (so to speak). Alvin Kamara took a few weeks to wrest his role from Adrian Peterson, and Doug Martin crushed late in the season, but most of our biggest fantasy rookie running backs were monsters early. Jacobs? He’s been fine. There is no shame in almost 13 PPR points per game. But he’s got some work to do to be a top rookie. 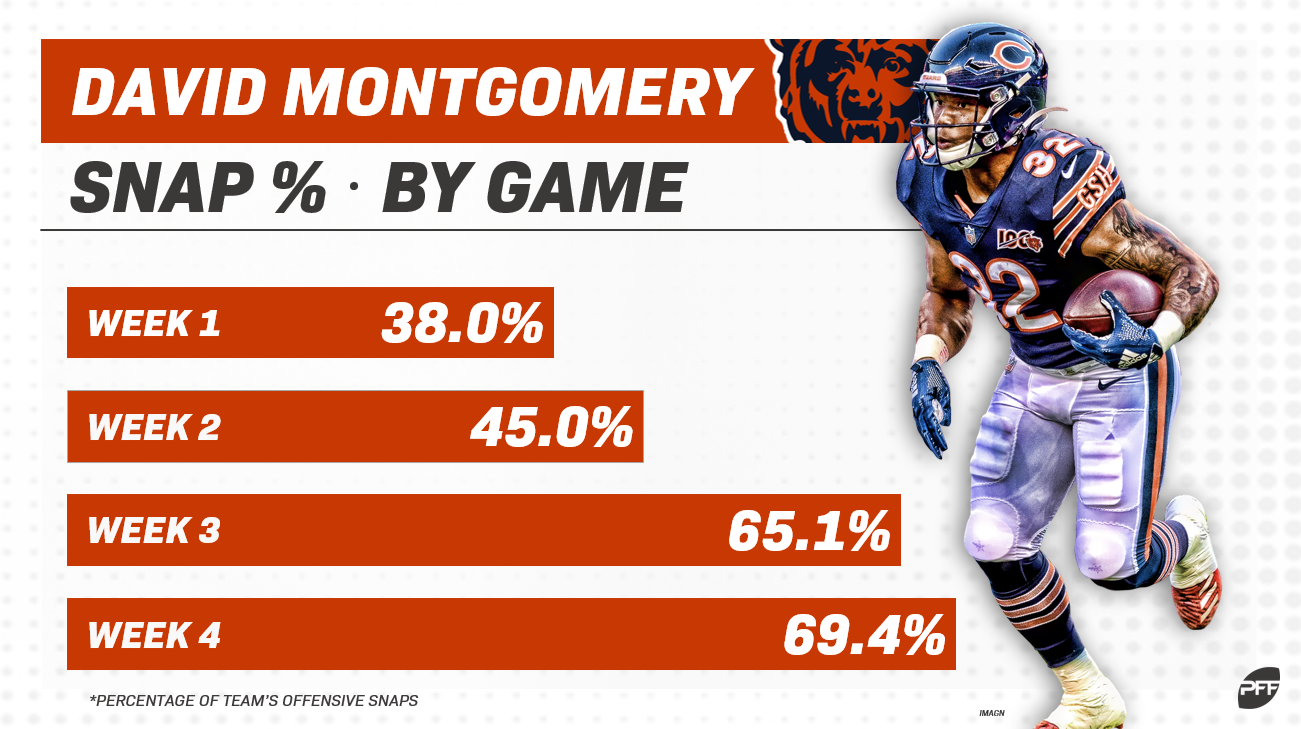 Montgomery’s usage has been infuriating for those who bought in on his preseason hype. On the other hand, that usage has also gotten gradually better, peaking with 24 touches Sunday against the Vikings. With Mike Davis not doing much and Tarik Cohen primarily being used as a receiver, Montgomery could be a slow build.

Like Montgomery, Sanders’ usage has been frustrating so far. Unlike Montgomery, Sanders’ usage hasn’t been improving. He’s had at least 10 carries all four games, but never more than 13. He hasn’t scored yet. On the plus side, he had his best rushing day (72 yards) in Week 4 — though on the other hand everybody has been able to run on Green Bay this year. Still, this has the looks of a committee situation where we’ll never be happy with the fantasy output.

Brown appears to be the newest DeSean Jackson; he had 147 yards and 2 scores in Week 1, and he has 157 scoreless yards in three games since. That’s the speedster’s profile, too, so he has a chance to be frustrating for fantasy, but with highs that make it all worth it. Still, the top rookie receivers tend to be more consistent.

Obviously, McLaurin leads Brown on a per-game basis, having missed Week 4 to injury. Only a handful of rookie receivers in the past decade have as many points in four games as McLaurin had in just three. Assuming he’s healthy going forward, his fantasy ceiling is as high as the Washington quarterback situation will allow it to be … which unfortunately could be lower than we’d want. 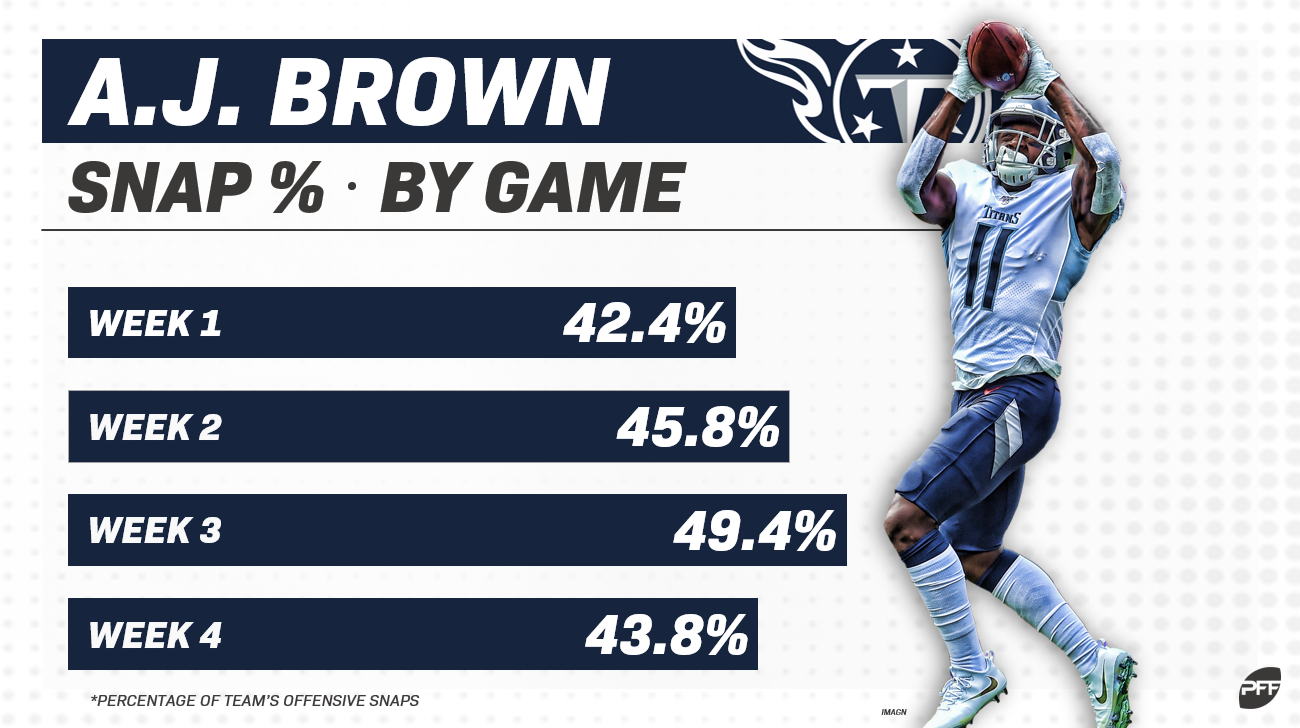 Brown had 100 yards in Week 1, and 94 yards and 2 touchdowns in Week 4. In between, he had 29 yards in Weeks 2 and 3 combined. The highs are high, but concerning for his full-season stock is the fact that he has yet to play 50% of the Titans’ offensive snaps in a game. In a low-volume offense without a concrete role, Brown might be a hit-and-miss rookie.

Hockenson had a monster debut game in Week 1, and he bounced back with a score in Week 4, though only 27 yards. In between he had only 8 yards in two games and now he’s in concussion protocol, so the jury’s out on his full-season prognosis.

Fant’s gotten off to a slow start — 29-37 yards and 2-4 receptions in every game so far. His Week 4 touchdown helped him pass Rob Gronkowski in scoring in Weeks 1-4, more illustrating how hard it is for a rookie tight end to perform early than anything else. Fant has a high long-term ceiling, but for now he’s just a guy.