With running backs going early and often in 2019 fantasy football drafts, there’s tons of value to be had at wide receiver. So much value, in fact, that you don’t need to prioritize getting one of the top options on draft day.

While it might be tempting to zing while others zag and use zero-RB, the value on the board says this isn’t the year to try that approach. You can go RB-RB in the first two rounds and still potentially snag players like T.Y. Hilton, Amari Cooper, Stefon Diggs, or A.J. Green depending on where you pick in the third round. Sure, those guys aren’t in the elite conversation, but they’re very appealing options to pair up with two top-12 running backs.

From there, the value continues to fall at the position. Here are five wide receivers to target at a value in 2019 fantasy football PPR drafts. 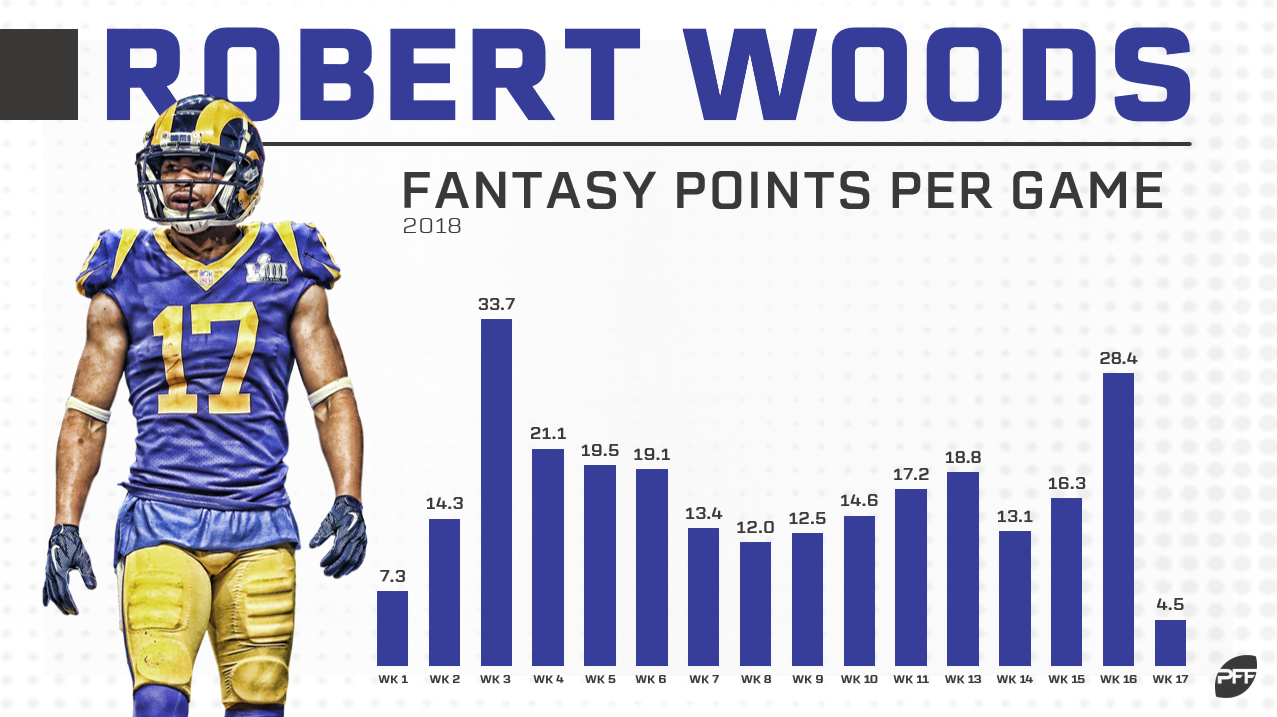 Even with the Rams spreading the ball around, Woods was able to put up WR1 numbers in PPR scoring last year finishing 10th among wide receivers. He did so thanks to his first 1,000-yard season and a career-best 86 catches. Only 10 wide receivers had more receptions than Woods last year.

Of course, we have to be aware that Woods shares the stage with Brandin Cooks and Cooper Kupp, not to mention Todd Gurley and Darrell Henderson out of the backfield. With so many other mouths to feed in Los Angeles, Woods’ fantasy upside is somewhat capped. That being said, there’s still more than enough meat on the bone to produce WR2-plus numbers yet again this year.

After breaking out in his second and third seasons, Jeffery has battled injuries and backslid for fantasy purposes. The Eagles wideout hasn’t topped 1,000 receiving yards in a season since 2014 and has scraped his way along the edge of WR2 production for a better part of the last two seasons.

Still, he did show an uptick in receptions last year with over 60 for the first time in four seasons. But it should be noted that Jeffery did take a step back in the red zone last year with just seven end-zone targets after he saw a whopping 22 in 2017. Still, he’s in position to be the top wide receiver in an explosive Eagles offense. In that role, he’s a good bet for top-25 fantasy numbers, but you aren’t going to have to pay that price to get Jeffery on draft day.

The days where we could consider Robinson an upside WR2 option look like they’re in the past, but that doesn’t mean we should just completely disregard him for fantasy purposes. Robinson got back on the field after missing essentially all of 2017 and somewhat sputtered his way to a 40th-place fantasy finish.

While this isn’t anything to write home about, it’s important to keep in mind that it was the first year of Matt Nagy’s head coaching tenure along with Mitchell Trubisky’s second season in the league. Given the overall trajectory of the Bears offense and Robinson’s role as the No. 1 wideout, we can expect some improvement in his numbers this season. He’s a decent value in the early WR3 range who could easily outplay his ADP.

Stating the obvious here, but the Giants aren’t anyone’s first choice for big-time fantasy production in the passing game. But that doesn’t mean we should just completely disregard Shepard. The Giants receiver is coming off a top-30 fantasy year where he set career bests for catches (66) and yards (872) while showing an uptick in his yards per catch from 12.4 to 13.2.

Over his first three seasons, Shepard was very much the second fiddle to Odell Beckham Jr. With Beckham now in Cleveland, the door is open for Shepard to emerge as the No. 1 option in New York. The Giants did add Golden Tate in the offseason, but Shepard remains the favorite to lead the team target share. While the overall state of the Giants offense isn’t appealing in 2019, Shepard still has the potential to be a productive fantasy option and can be had on the cheap in drafts. 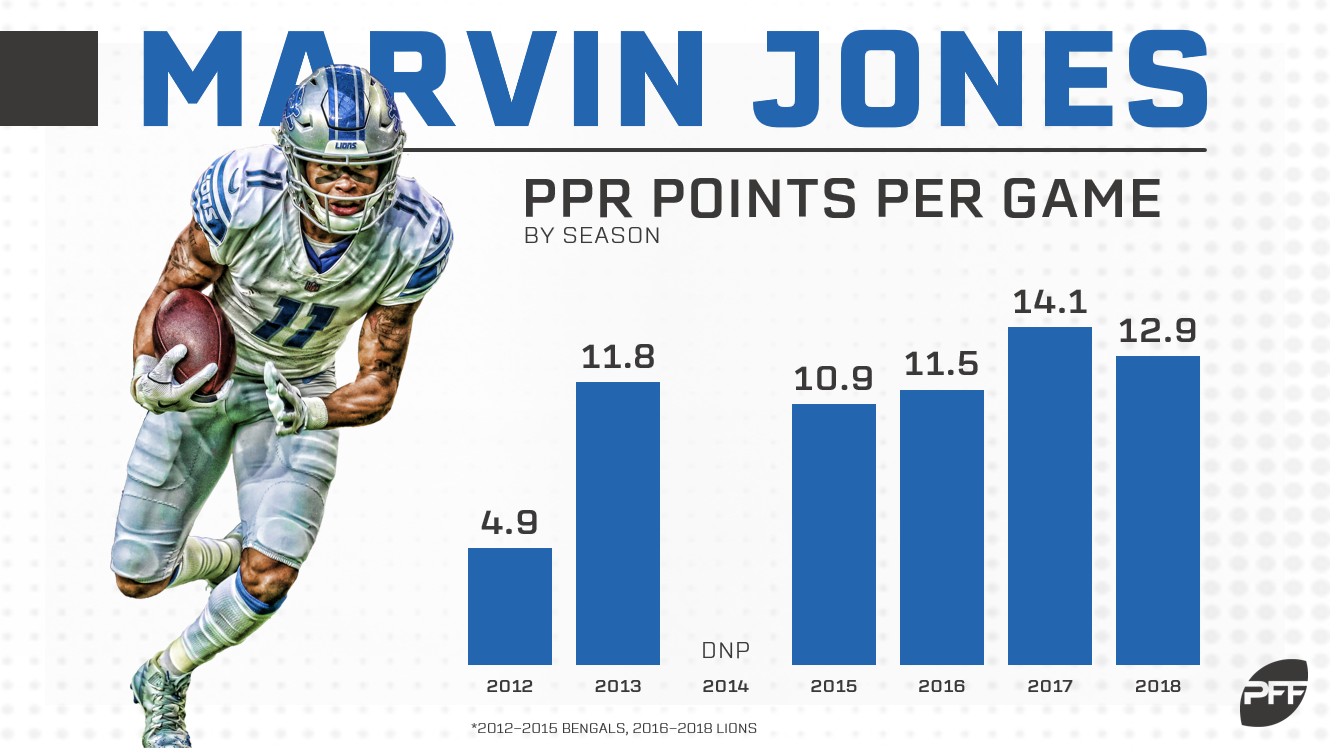 While he’s certainly taken a backseat to teammate Kenny Golladay in the collective fantasy consciousness, we aren’t 100% convinced that Jones won’t be the top target in Detroit this season. Through the first nine games of 2018, Jones equaled Golladay in targets with 59. He also saw a whopping 12 end-zone targets, which trumps the four Golladay saw over the same span.

Those uber-valuable targets give Jones major touchdown upside. Remember, he’s just a season removed from nine scores in 2017. Jones was one of the most heavily targeted receives in the end zone that season with a massive 17 end-zone targets. But the best part about Jones is you don’t have to pay a Golladay price to get him on draft day. Jones is one of the better middle-round values on the board.