I also included the most important workout metrics for the NFL and draft position for wide receivers: weight, 40-yard dash time and vertical jump. I’m taking the best number from either the prospects' NFL Scouting Combine or pro-day performances. If the 40-yard dash time or vertical jump are missing, I estimate them based on historical modeling with weight and available other workout metrics.

Jahan Dotson‘s mock draft stock has fallen recently, but that could be a function of expanding the mock universe to deeper drafts that open up the possibility of him going later.

The Penn State product isn’t in the top tier of wide receiver prospects, but he’s clearly in contention to be an early Day 2 pick. 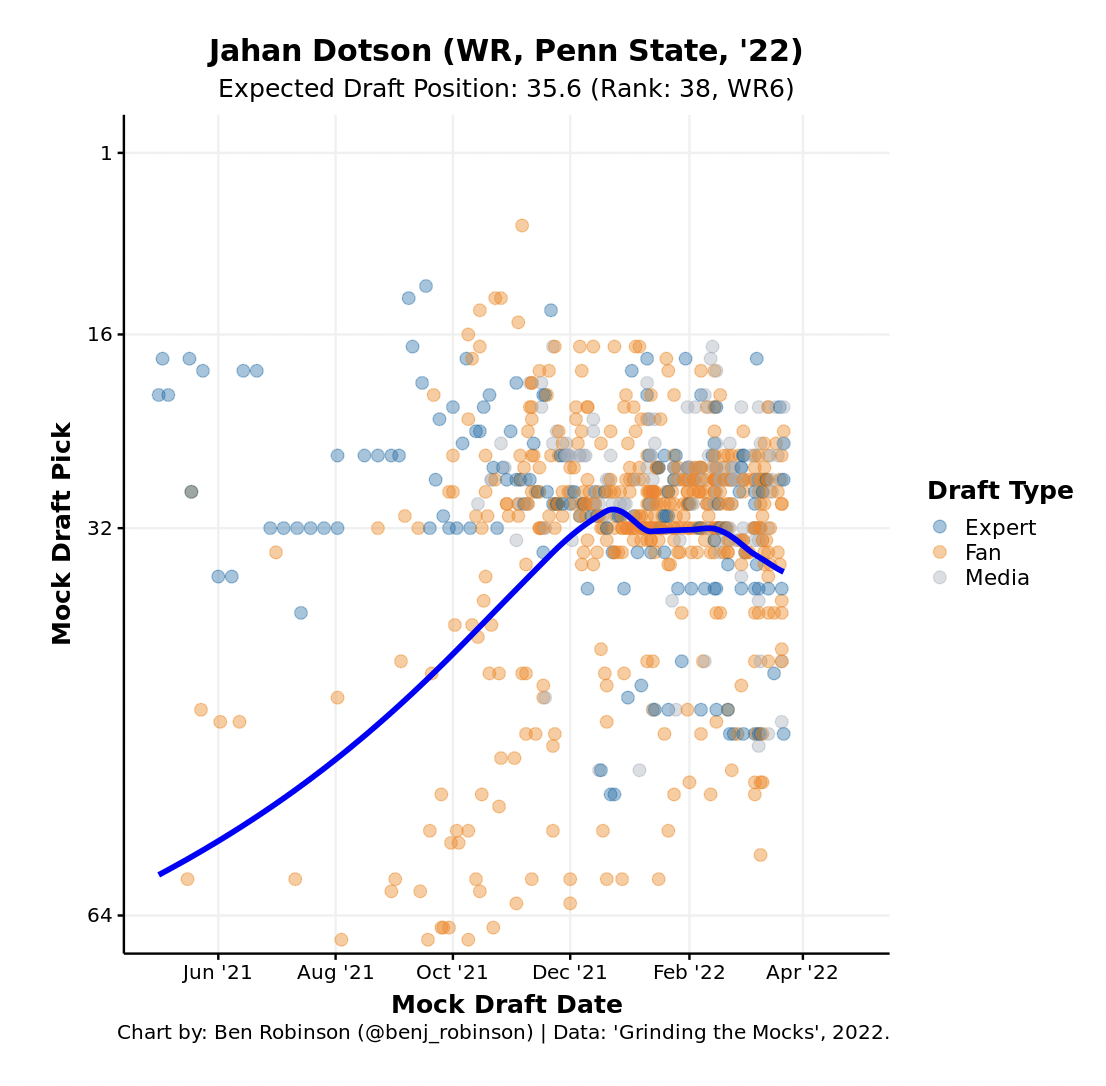