Michigan State's Kenneth Walker III looks on during the second quarter in the game against Maryland on Saturday, Nov. 13, 2021, at Spartan Stadium in East Lansing. 211113 Msu Maryland 213a

Comparing current 2022 NFL Draft prospects to those of past years is standard procedure in draft evaluation, though most comparisons are built on the memory recall and subjective opinion of the particular evaluator.

The comparisons below were derived from a two-step process. First, I converted all the most statistically relevant stats and measurables to percentiles based on the thousands of prospects who have entered the NFL since 2006.

I also included the most important running back workout metrics for NFL and draft position: weight, vertical jump and 40-yard dash time.

I’m taking the best number from either the prospects' NFL scouting combine or pro day performances. If the 40-yard dash time or vertical jump are missing, I estimate them based on historical modeling with weight and available other workout metrics.

Kenneth Walker had a tremendous NFL combine, finishing with the second-best composite score by my model. There is no denying Walker’s explosive speed, running a 4.38-second 40-yard dash at 211 pounds. Walker’s draft stock didn’t move much according to recent mock drafts, but a flat curve is still positive in light of the hype around fellow prospect Breece Hall. 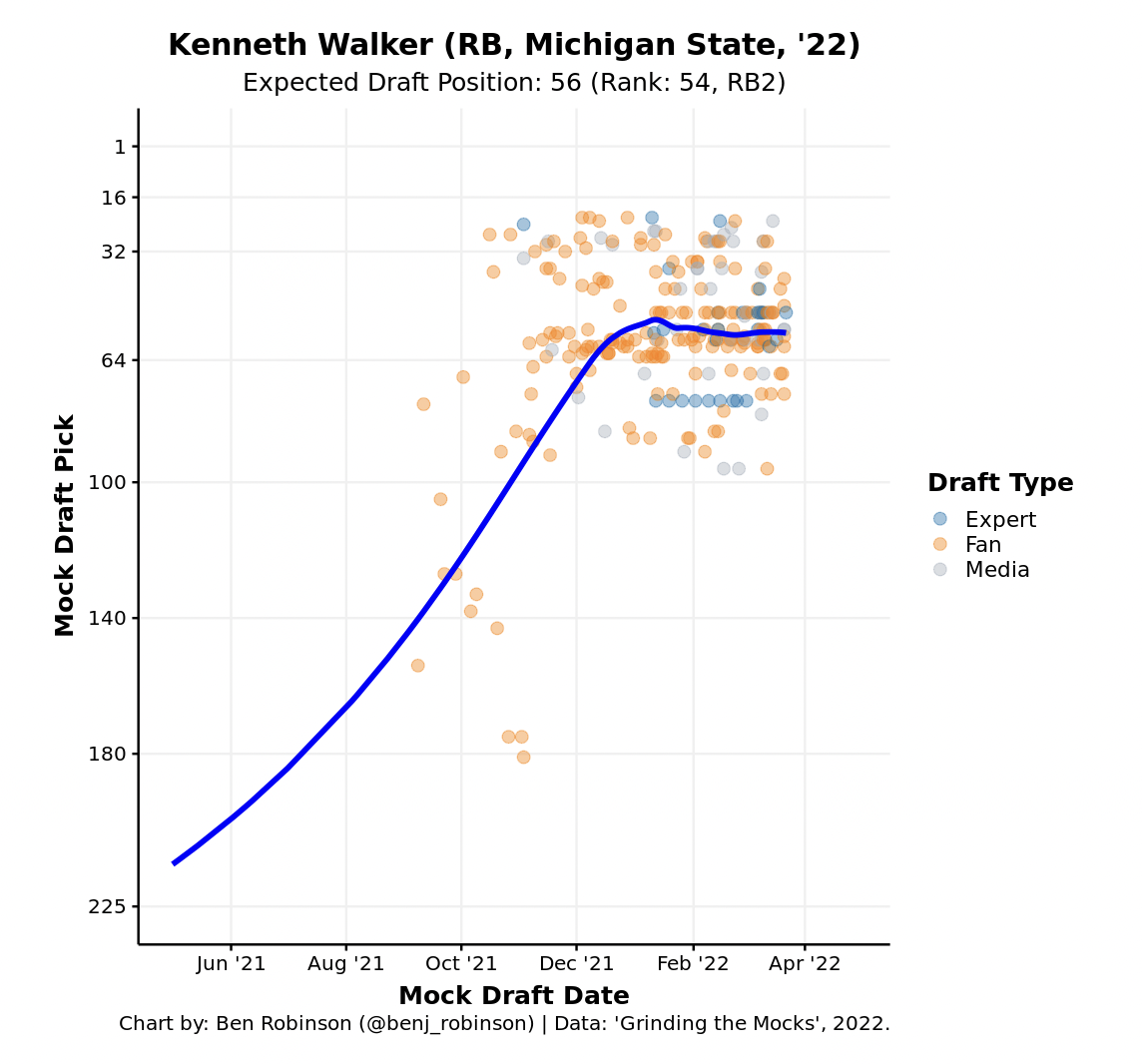 The biggest question for Walker is if he can expand his receiving work in the NFL. Pass-catching running backs, especially in fantasy football, have become increasingly important over the years. Walker only recorded 16 targets and 13 receptions in 2021 in addition to 10 total targets and five receptions in the two seasons prior.