The comps below were derived from a two-step process. First, I converted all the most statistically relevant stats and measurables to percentiles based on the thousands of prospects who have entered the NFL since 2006 at each position. Then, I filtered the total universe of past prospects by those who had draft positions, weight and 40 times within a 10th percentile in either direction of North Carolina RB Michael Carter. For undrafted players, I assigned a numerical draft position of 300.

For Carter's draft position, I’m using an estimate based on the mock data collected at GrindingTheMocks.com. For the weight and 40 time, I’m using the numbers from his pro day, with a 0.03-second penalty added to the 40 time to reflect the uncertainty of pro-day timed measurements.

Carter has been upstaged by teammate Javonte Williams despite outproducing him in rushing yards over the last two seasons. The perception that Williams is potentially a three-down back and Carter more of a specialist was muddied a bit after the two weighed in at 212 and 201 pounds, respectively.

The rest of Carter’s measurables hit acceptable thresholds. He clocked in at 4.50 seconds on the 40-yard dash (62nd percentile), 6.81 seconds on the three-cone (90th) and put up jumps above the 40th percentile. 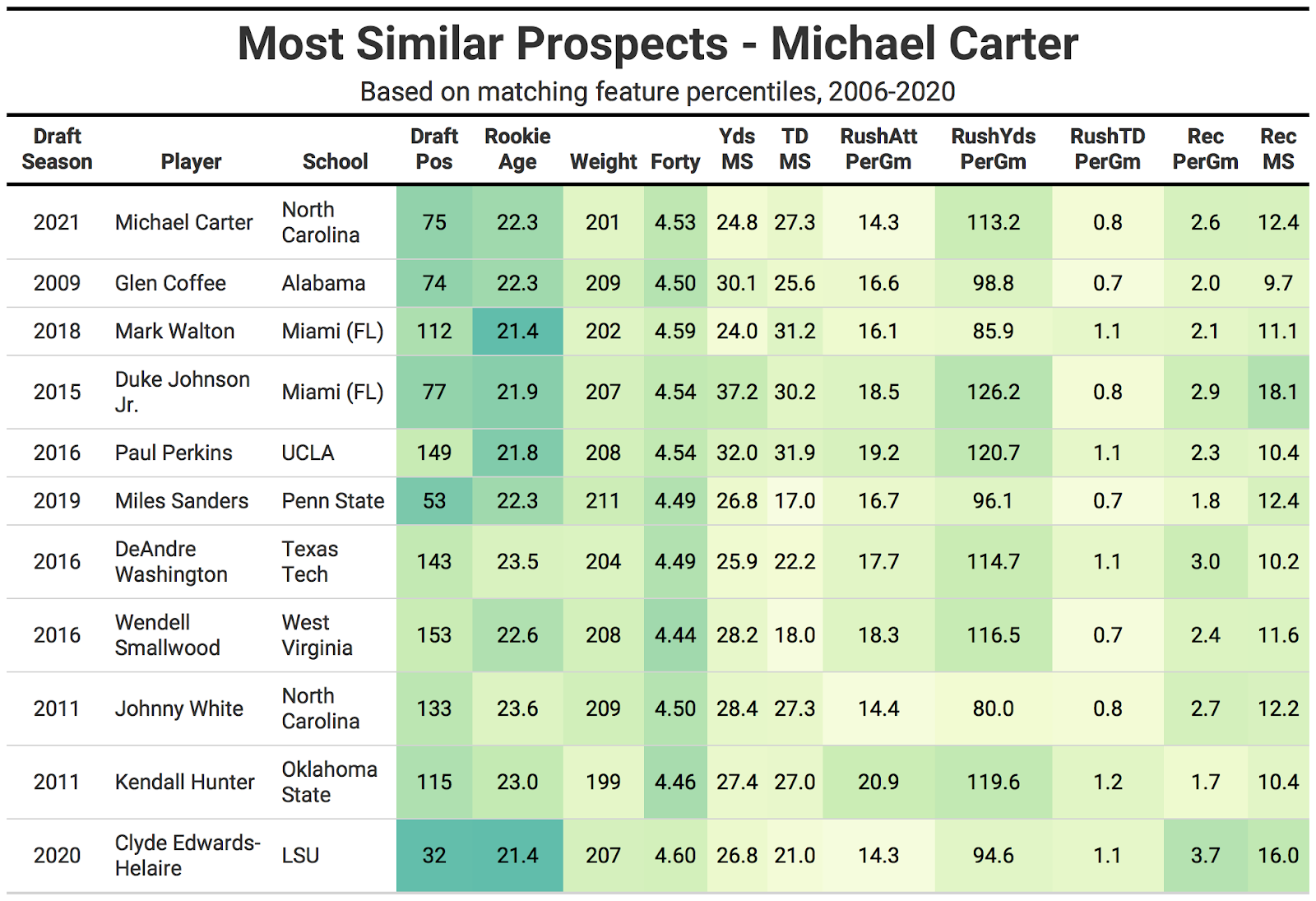 Even among highly efficient running backs like Carter, the NFL success hasn’t been substantial for his comps, who are generally smaller than workhorse backs.