The comps below were derived from a two-step process. First, I converted all the most statistically relevant stats and measurables to percentiles based on the thousands of prospects who have entered the NFL since 2006 at each position. Then, I filtered the total universe of past prospects by those who had draft positions, weight and 40 times within a 10th percentile in either direction of North Carolina RB Javonte Williams. For undrafted players, I assigned a numerical draft position of 300.

For Williams' draft position, I’m using an estimate based on the mock data collected at GrindingTheMocks.com. For the weight and 40 time, I’m using the numbers from his pro day, with a 0.03-second penalty added to the 40 time to reflect the uncertainty of pro-day timed measurements.

The most surprising result from Williams’ pro day was his weight at 212 pounds, as he was listed at 220 pounds on the North Carolina website. The eight-pound difference might not seem hugely influential, but it moves the set of comps down to exclude prospects above 220 pounds and includes some below 210 pounds.

Williams is alongside Najee Harris and Travis Etienne as the “top tier” of running back prospects who we expect to be drafted within the first two rounds. Unlike the other two, Williams is a younger prospect declaring after his true junior season and will be only 21 when the 2021 NFL season starts. 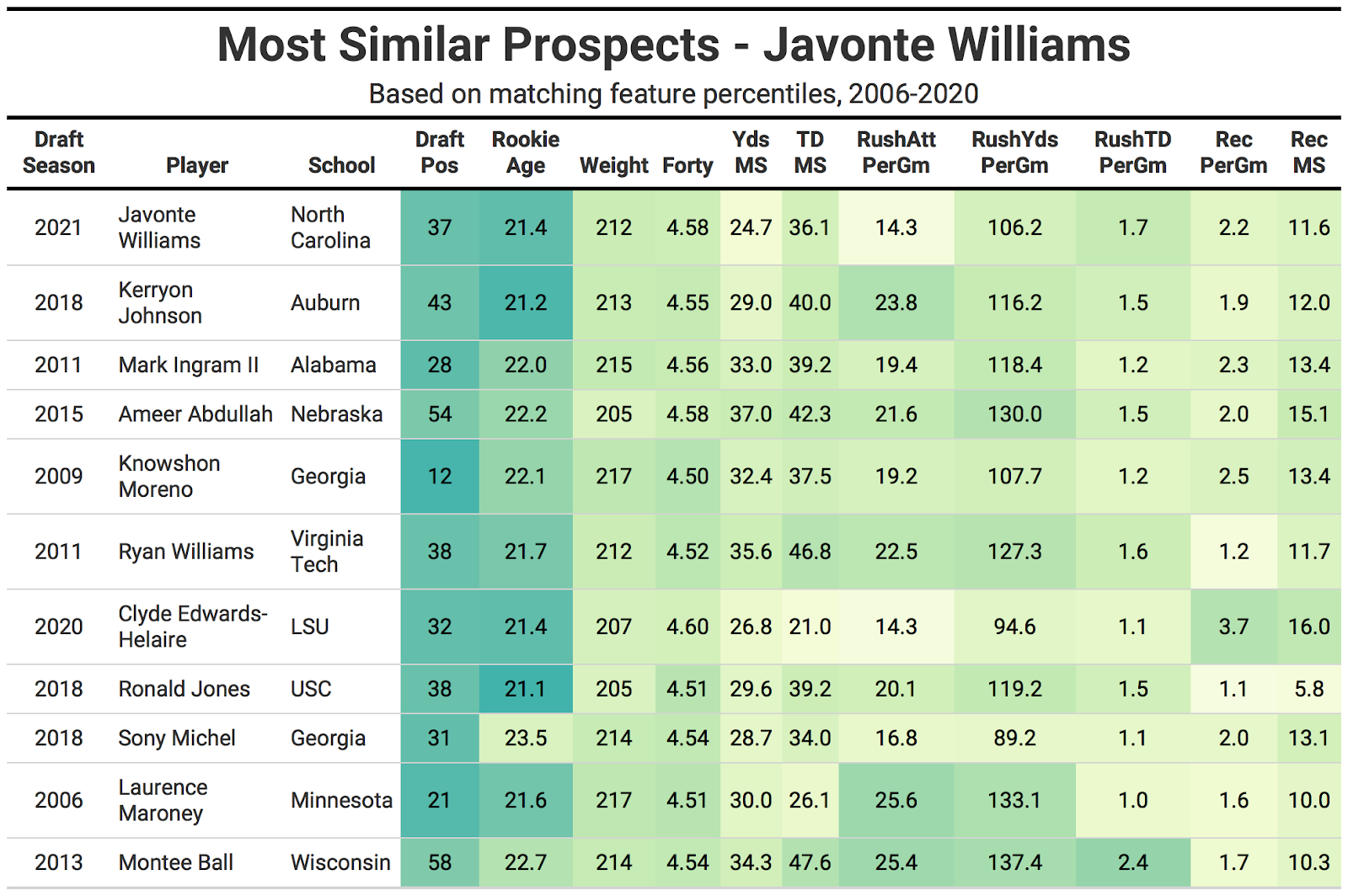 The concern with Williams is his status throughout college as a committee back, never logging more than 14.3 carries per game in any season without outsized usage in the passing game.

The context for Williams’ lower usage is playing alongside another strong running back prospect in Michael Carter. Carter will be drafted this season and was the established, older back in the committee. You’d like to see Williams dominate a backfield as evidence he can do it at the next level, but it isn’t a necessary condition.